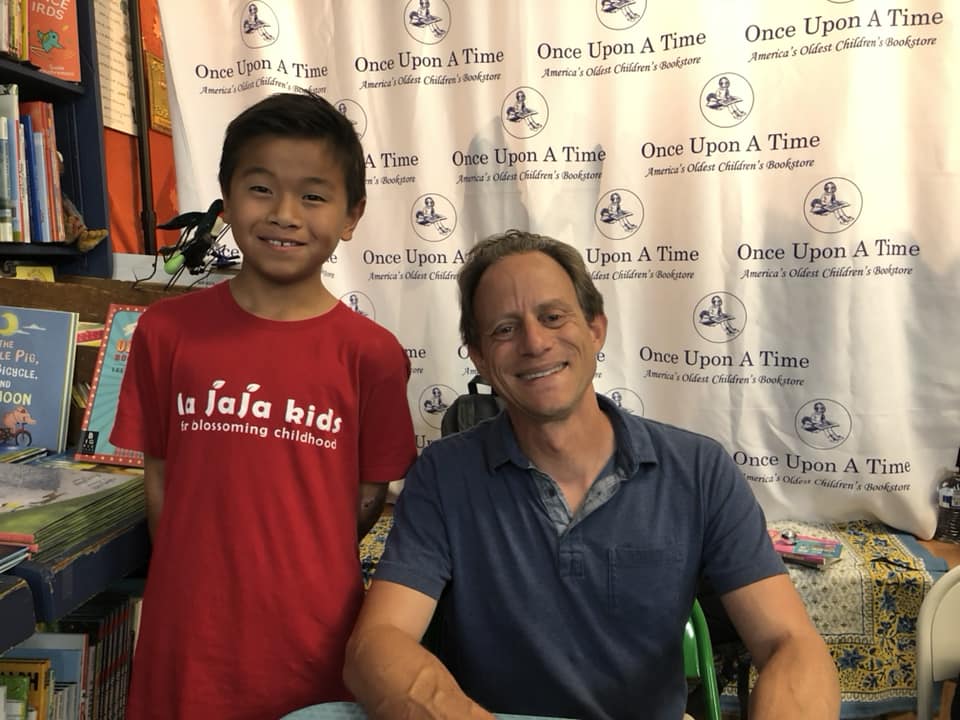 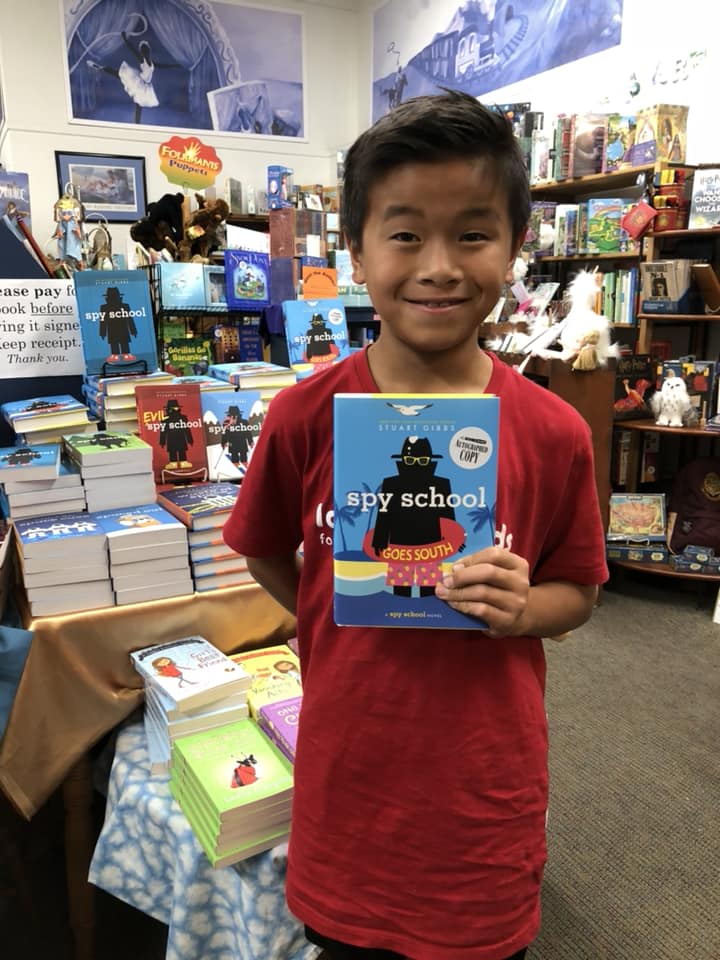 Every child has a favorite author and mine is Stuart Gibbs!   Stuart Gibbs is a very famous children’s book author who has written many book series.  His popular book series are Funjungle,  Moon Alpha Base, Last Musketeer, and Spy School.  His latest book is Spy School Goes South.
This November I had the honor to interview Stuart Gibbs in Once Upon A Time children’s bookstore.  I was very excited about this for two reasons.  Number one, I finally got to meet my idol!  I own ALL Stuart Gibbs’ books and have read all them at least three times.  I was very nervous to interview him and  had butterflies in my stomach even the day before.  But  Stuart Gibbs made me felt very comfortable and was kept smiling at me during the interview.
I was also very excited by the fact that I get to interview him in the oldest children’s bookstore in the nation.  Who would have guessed that this famous book is located right here in Southern California! To be exact, Once Upon A Time bookstore is located in Montrose, CA, which is a small city next to La Cananda.  Founded in 1966, this bookstore has been a magical place for thousands of children and adults. What I love about this bookstore is everyone who works there love to read ( like me!) and they are very knowledgeable about books. Unlike many chain bookstore or Amazon, this place sells stories and dreams!
Stuart Gibbs is a prolific writer but he did not start his career as a writer.  In college he studied field biology and spent a lot of time in the zoo which gave him the inspiration for writing Funjungle series.  As a child, he loves James Bond movies and a mystery novel called the Westing Game by Ellen Raskin,  which made him wanting to write spy books for children. The book Phantom Tollboth is also another source inspiration which encouraged him to play around with words to make writing more interesting and fun!   As a person, Stuart Gibbs is down to earthy,  funny. He loves animals, nature, and is really big on family!
Spy School Goes South is the 6th book in the Spy School series.  It is about a boy named Ben Ripley who has been fighting against an organization named SPYDER every since in book 1. In this book, Ben is given by a lifetime opportunity to destroy the leaders of the SPYDER once for all. So he and his partner go down to Mexico  in hopes that they  will finally be able to take down SPYDER.  Will they able to complete their mission in a foreign country surrounded with a lot of unexpected catastrophic events?     This book is filled with suspense , adventures and also fun!. I think it is a must read for everyone!