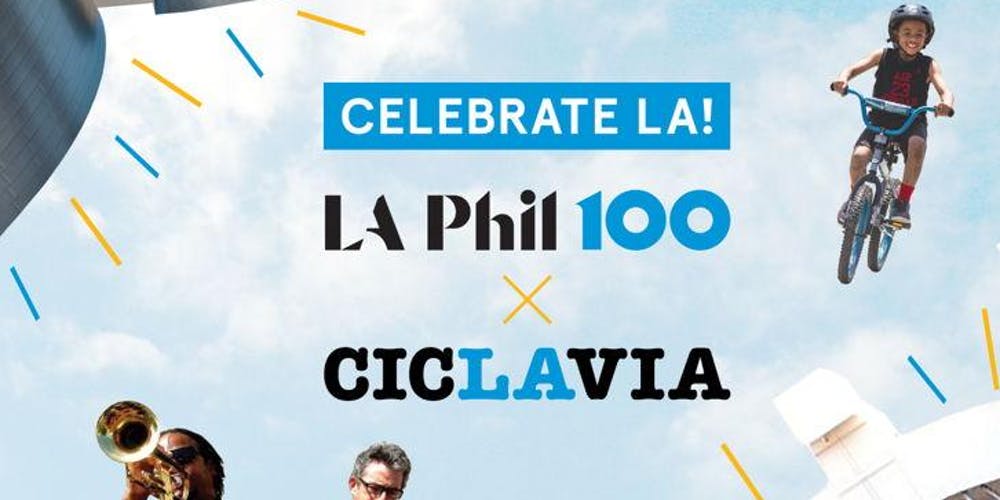 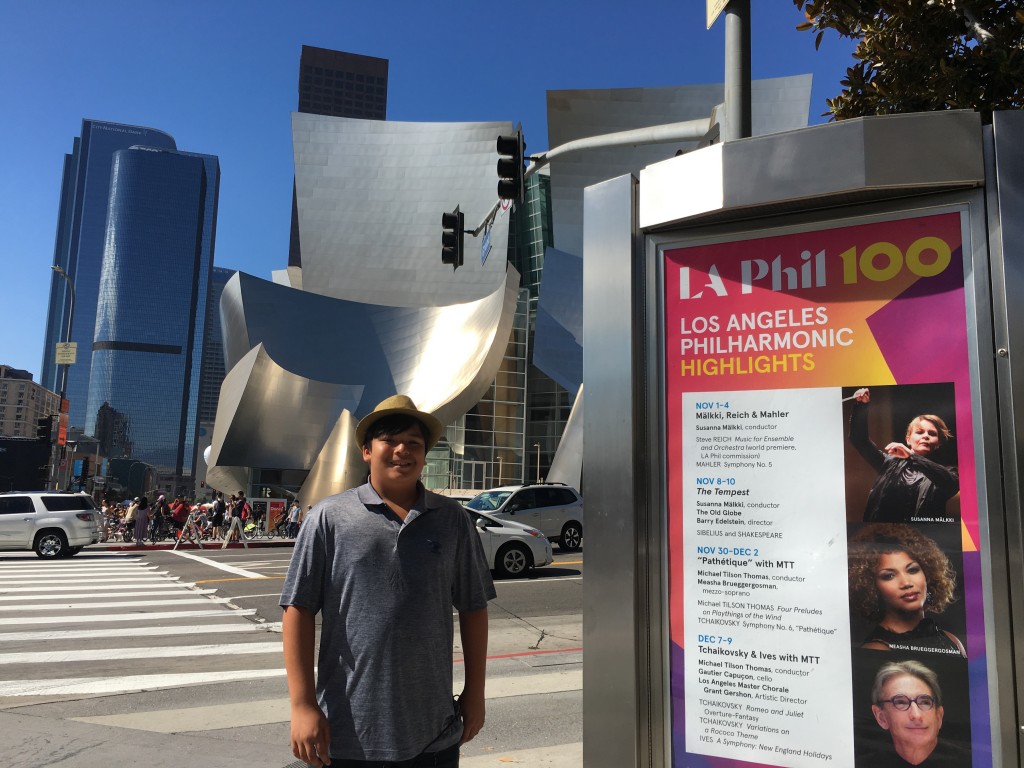 LA is a well known metropolis. On a typical Sunday, Grand Ave in downtown Los Angeles is populated with museum goers visiting the Broad and the MOCA, two well known LA museums. Then there are the concert goers attending performances at the Walt Disney Concert Hall located down the street from both museum. This past Sunday, September 30th was the 100th anniversary of the Los Angeles Philharmonic. To commemorate CicLAvia partnered with the LA Phil and Community Arts Resources (CARS) to celebrate this anniversary by closing off vehicle access on Grand Ave as one of the hubs starting at the corner of the Walt Disney Concert Hall. It was a free 8 mile street party that included a concert at the Hollywood Bowl. It was named “Celebrate LA! – LA Phil 100 x CicLAvia” 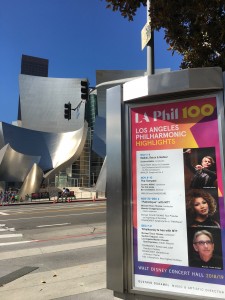 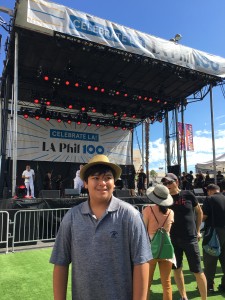 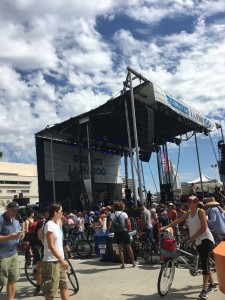 You could feel the energy upon arrival. There were many booths selling things, food vendors, activity centers, free giveaways, and many various entertainers. There were many visitors on bikes, skates, skateboards, scooters, and on foot walking around on the streets of LA enjoying the music, art, exhibits, food, booths, and socializing. You can bring your own bikes or there were ones there that you can rent.  Prior to my arrival, there was a performance by the Youth Orchestra of Los Angeles ,YOLA, conducted by the famous Art and Music director and conductor of the LA Philharmonic, Gustavo Dudamel. YOLA was inspired by El Sistema, a program in Venezuela by providing kids from economically mixed backgrounds with free instruments and intensive music training empowering them to become productive citizens and leaders. One of my friends, Theodore Hom, was able to perform as a cellist with the YOLA and Master Dudamel at this Celebrate LA event. Theodore has been playing with YOLA for almost 5 years since he was in the fourth grade. My friend woke up at 5 am to arrive at the event by 5:30 am on Sunday to perform at the Grand Ave hub. He was excited to perform with Master Dudamel and value his opportunity to perform this past Sunday.

The LAPhil.com website says that there were different hubs to celebrate this 100th birthday of the LA Phil. “The hubs include Walt Disney Concert Hall (Grand Ave), Levitt Pavilion Los Angeles in MacArthur Park, Koreatown, Melrose, Hollywood,  and the Hollywood Bowl. I was only able to visit the Walt Disney Concert Hall hub but one can spend most the day at just one hub. There were different stages set up there on Grand Ave. I heard some rock bands, Bollywood, and classical performers while I was there. I walked past the Broad museum and enjoyed some time outside of the Colburn School of Performing Arts.

This was a great event for young and old. It was a very invigorating and fun experience. I recommend to check out the page for other future events and concerts. https://www.laphil.com 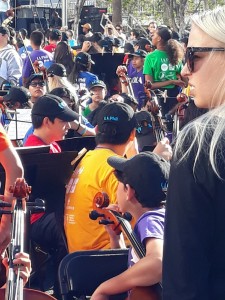 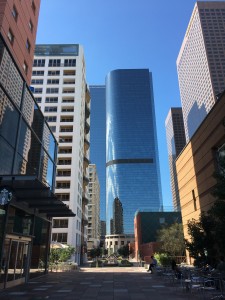 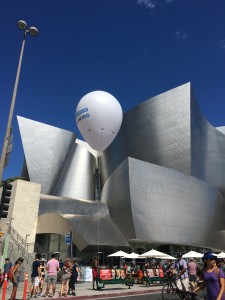 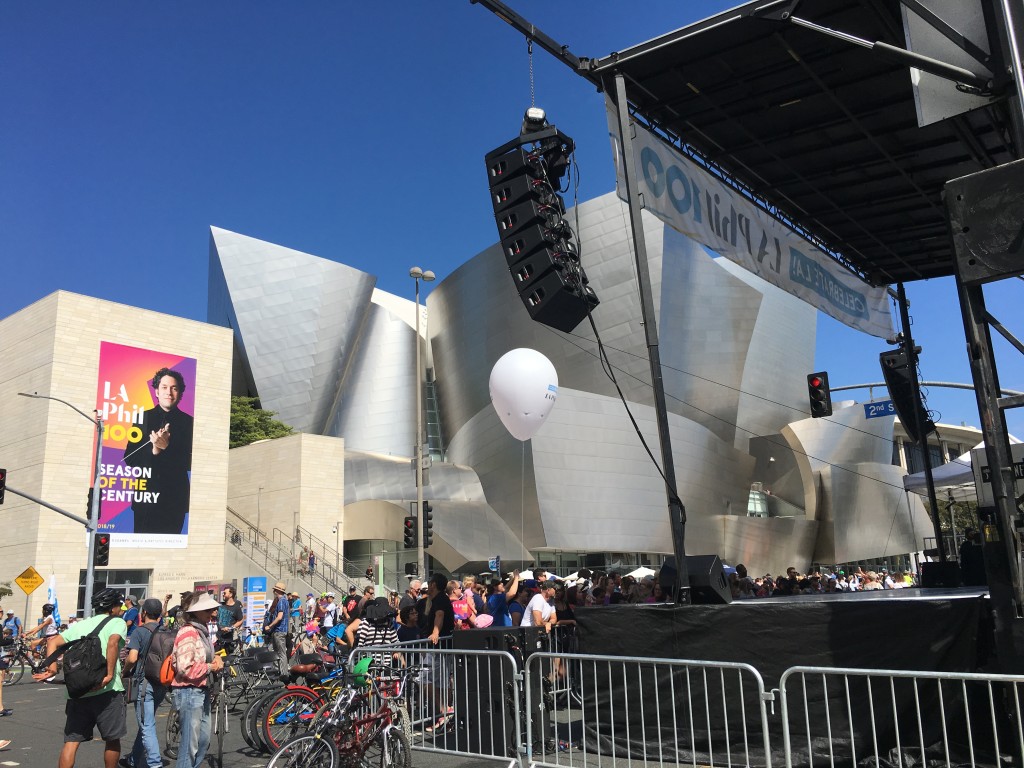 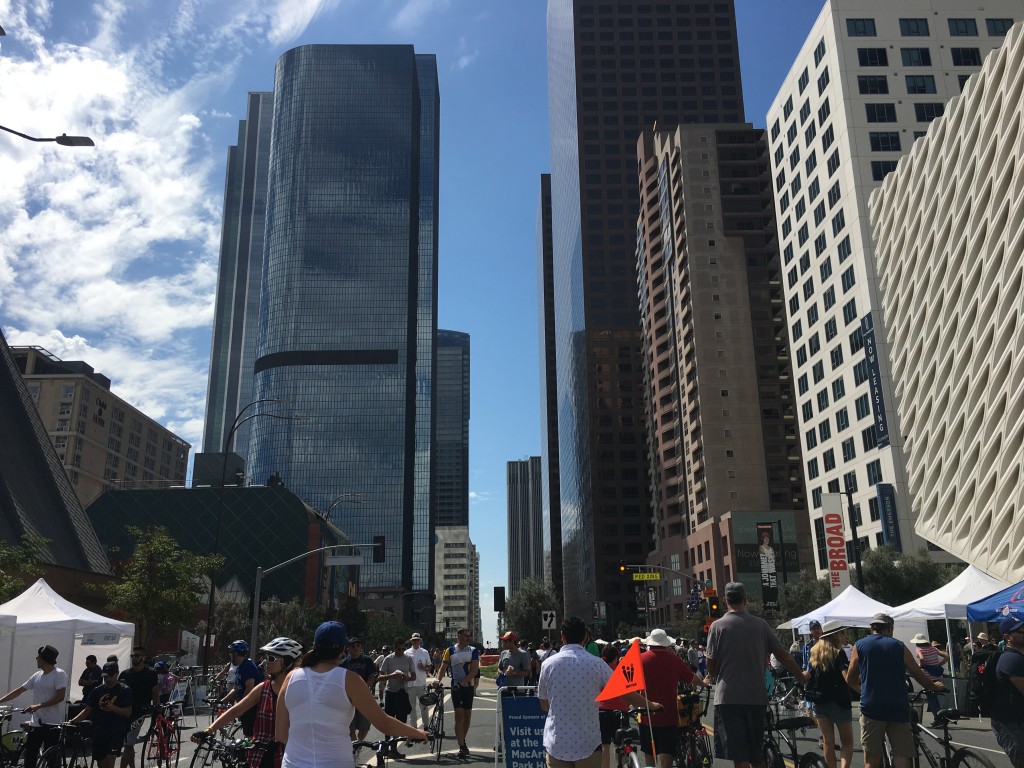 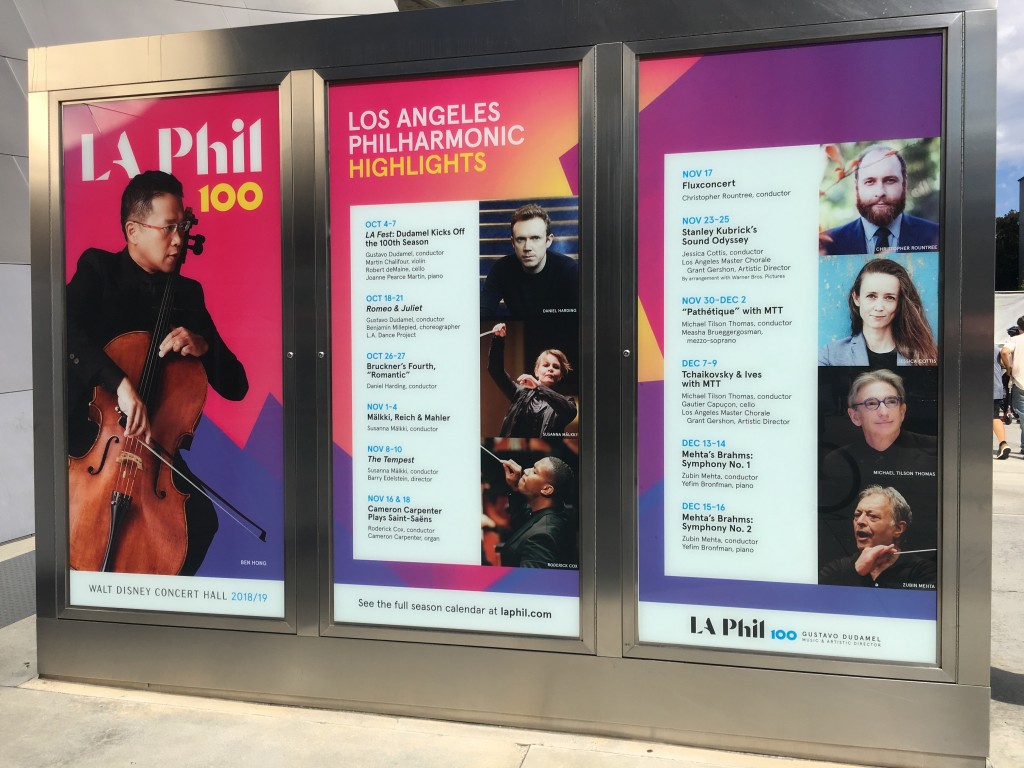 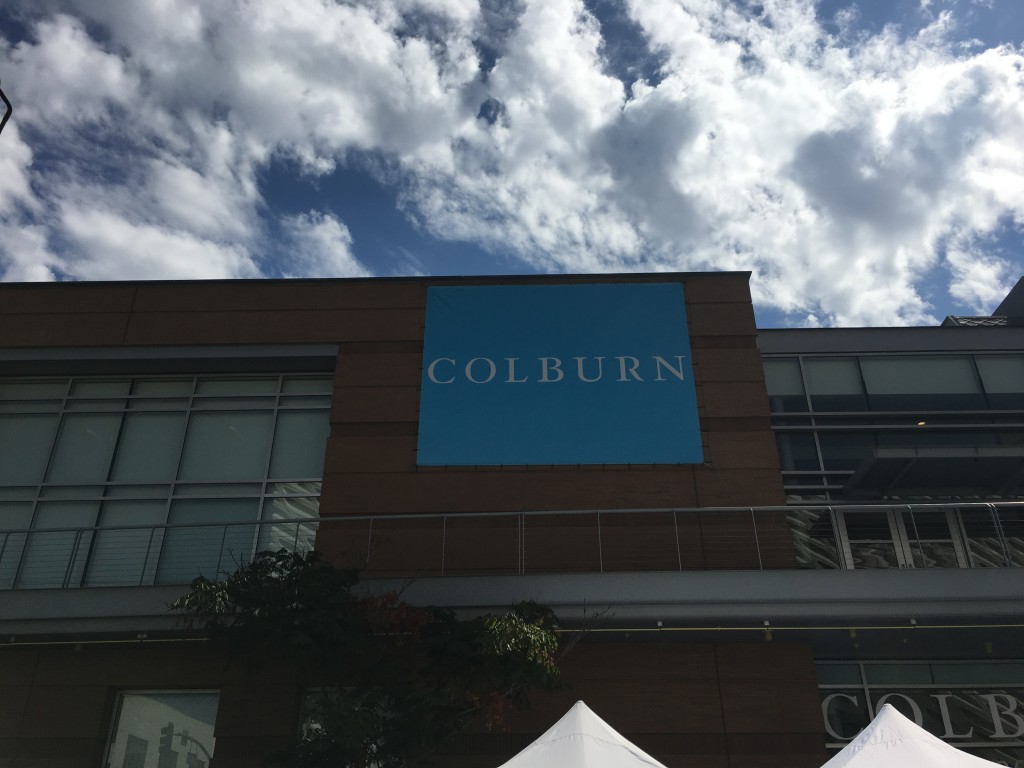