4 Sports Stadium Tours in SoCal for Kids and Families
Sponsor 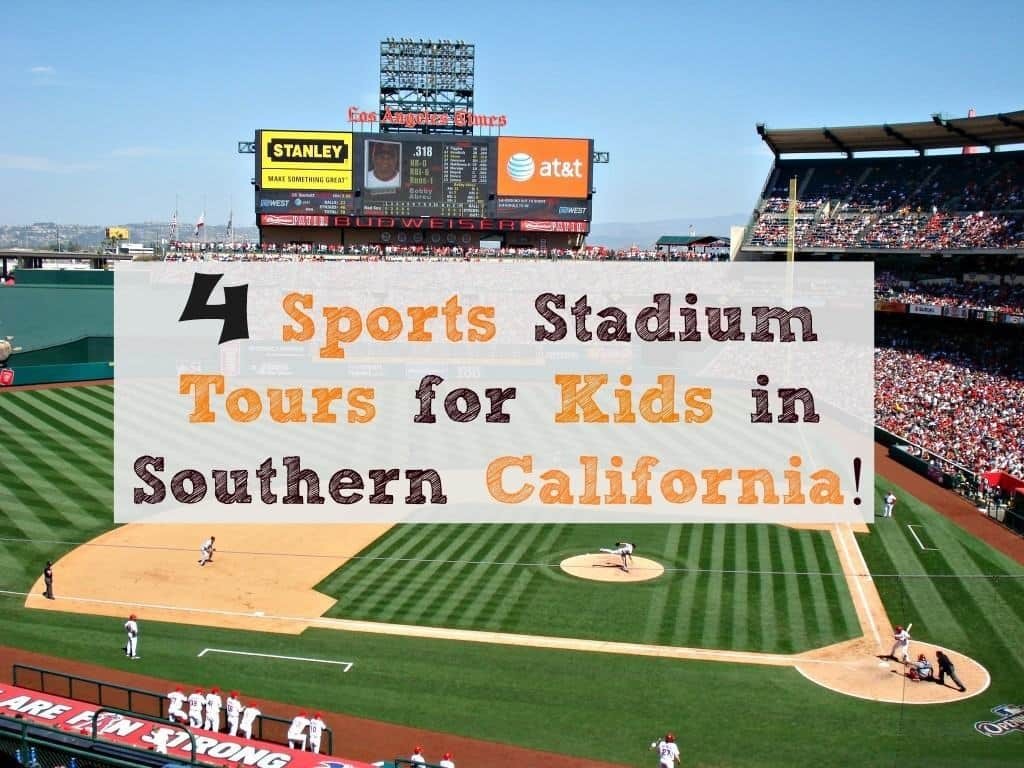 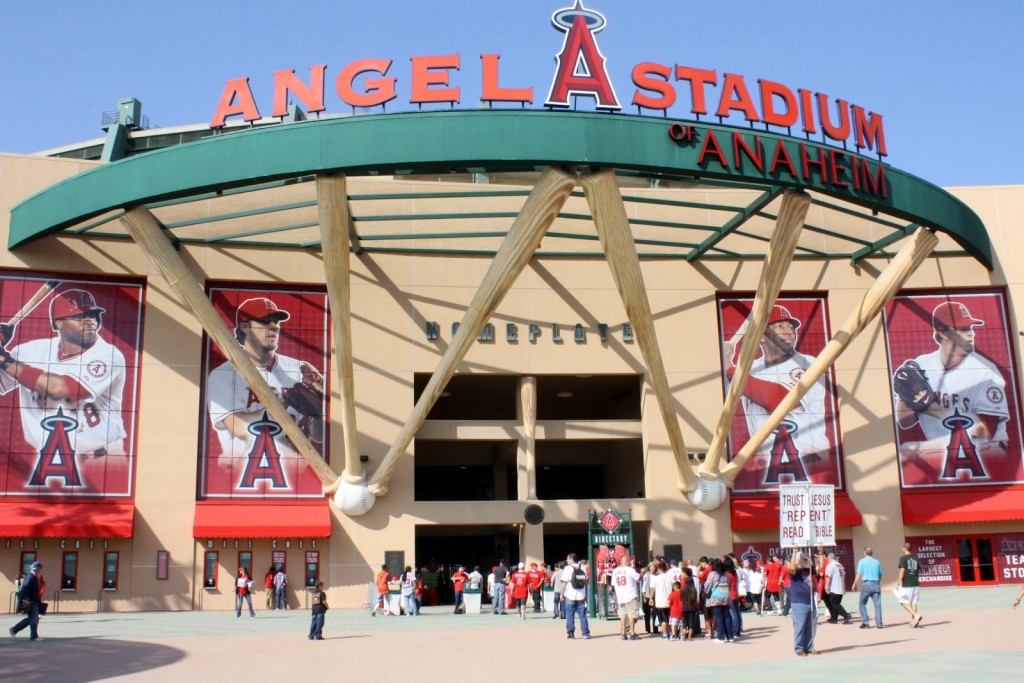 Angel Stadium is baseball’s fourth-oldest active Major League Baseball stadium, behind Fenway Park, Wrigley Field, and Dodger Stadium.  It has been the home of the Angels since their move from Los Angeles following the 1965 season. The stadium is often referred to by its unofficial nickname The Big A and has hosted the 1967, 1989, and 2010 Major League Baseball All-Star Games.

Join the Halos for a “behind the scenes” tour of their ballpark – Home of the 2002 World Champion Los Angeles Angels. The stadium tour is both an enjoyable and educational experience!  You will be invited to view areas that are normally restricted to the public.  The walking tour lasts approximately 1 hour and 15 minutes.

The Angel Stadium Tour are given at 10:30am, 12:30pm, and 2:30pm on Tuesdays, Wednesdays and Fridays when the Angels are on the road.  Prepare to arrive 15 minutes prior to the start of the tour.  Pricing for public tours are $8 for adults / $6 for children / FREE for children 4 and under

Want a closer look at StubHub Center? The LA Galaxy is proud to offer stadium and facilities tours of their landmark soccer stadium.  Tours are offered Tuesday through Friday and start at 2 pm, but not on game days.

Since 1962, Dodger Stadium has welcomed fans from all corners of the globe and enchanted them with its breathtaking views and its storied past.  This 56,000-seat icon of American sports history has been home to some of the greatest players in the game and is home to the best fans in all of baseball.

The Dodger Stadium Tour provides fans the opportunity to see the ballpark in a very unique fashion. This behind-the-scenes tour lets fans visit some of the most restricted and non-public areas and view the Stadium from a whole new perspective. As baseball’s third-oldest stadium, Dodger Stadium remains one of the game’s most beautiful and most historic venues.  This is a walking tour of the ballpark which includes climbing stairs and ramps.

Highlights of this 80-90 minute tour may include:

You haven’t seen Petco Park until you’ve gone behind-the-scenes on one of their guided tours. Discover “writer’s row” in the press box, learn about the historic Western Metal Supply Co. Building and explore the Padres dugout. The crown jewel of downtown San Diego, Petco Park serves up baseball Southern California style-complete with swaying palm trees and a sandy beach beyond center field.  Tours run approximately 80 minutes and include 1.5 miles of walking.

Highlights of this 80 minute tour may include a tour of:

Individuals, families or groups smaller than 20 can join their walk-up tours offered seven days a week.  Pricing is $15 for adults / $10 for children 12 and under.