They flew with their fingers. They walked on their wings. Some were gigantic, while others could fit in the palm of a hand.

Don’t miss this fascinating, interactive exhibition at Natural History Museum that brings to life a 200-million-year-old world where the skies were ruled by these winged creatures, and dinosaurs — their close cousins — dominated the land. 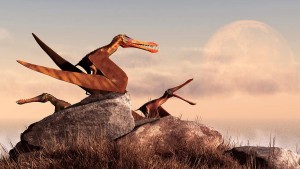 Immerse yourself in this interactive exhibition and explore the remarkable diversity of pterosaur species. Travel back in time and take off with these prehistoric kings of the air who ruled the skies during the time dinosaurs dominated the land. Pterosaurs flew with their fingers and walked on their wings. Some were gigantic and others could fit in the palm of your hand.

Discover the mysterious world of pterosaurs in this exciting exhibition where you can explore hands-on interactive apps, walk under life-size models, and soar through the skies over prehistoric landscapes as you pilot your own pterosaur in our whole-body motion capture interactive.

The largest exhibition ever mounted in the United States about these flying reptiles, Pterosaurs highlights the latest research by museum scientists and paleontologists.

The exhibit also features rare pterosaur fossils from Germany, the United States, and Brazil as well as casts, life-size models, videos, and interactive exhibits on the mechanics of pterosaur flight.

Pterosaurs first appeared about 220 million years ago, according to the museum, and evolved into a diverse group with more than 150 species known from the fossil record: some with long slender jaws with needle sharp teeth, some with extravagant crests, and some with extraordinarily long wings, making these the largest flying animals ever to have existed.

A full-size model of Tropeognathus mesembrinus, with a wingspan of more than 25 feet, will soar over visitors at the entrance to the exhibition; a full-size model of the 33-foot-wingspan Quetzalcoatlus northropi will be on view as well.

For paleontologists, pterosaurs present a special challenge: their thin and fragile bones preserve poorly, rendering their fossils relatively rare. Pterosaur fossils on view will include the spectacular Rhamphorhynchus specimen (the Dark Wing), which features preserved wing membrane and has never been exhibited outside of Germany.

Pterosaurs also moved on land, walked on four limbs and congregated in flocks. But flight is a special area of focus for the exhibition, which draws comparisons between pterosaurs and contemporary winged vertebrates, birds and bats; showcases the principles of aerodynamics in an interactive virtual wind tunnel; and offers visitors the chance to “pilot” a flying pterosaur over a prehistoric landscape. 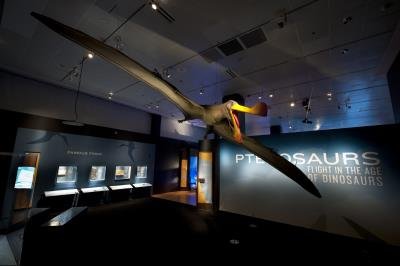 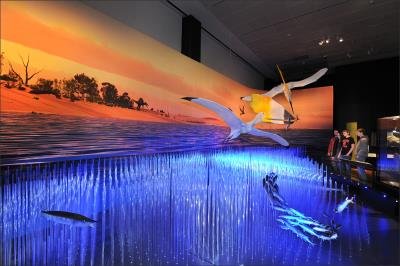 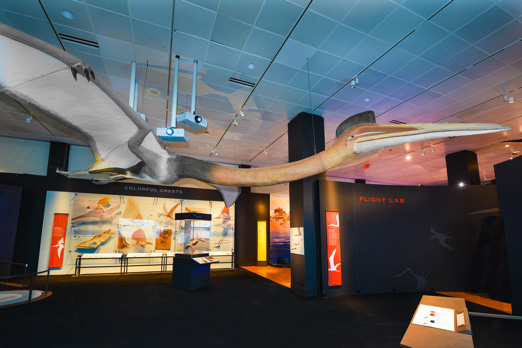 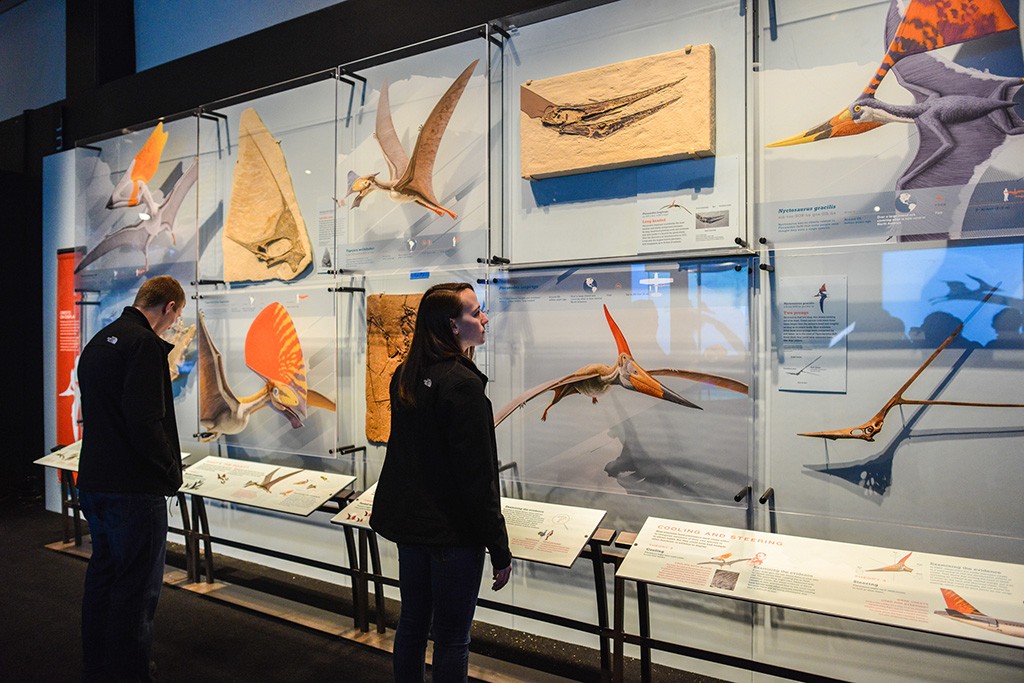 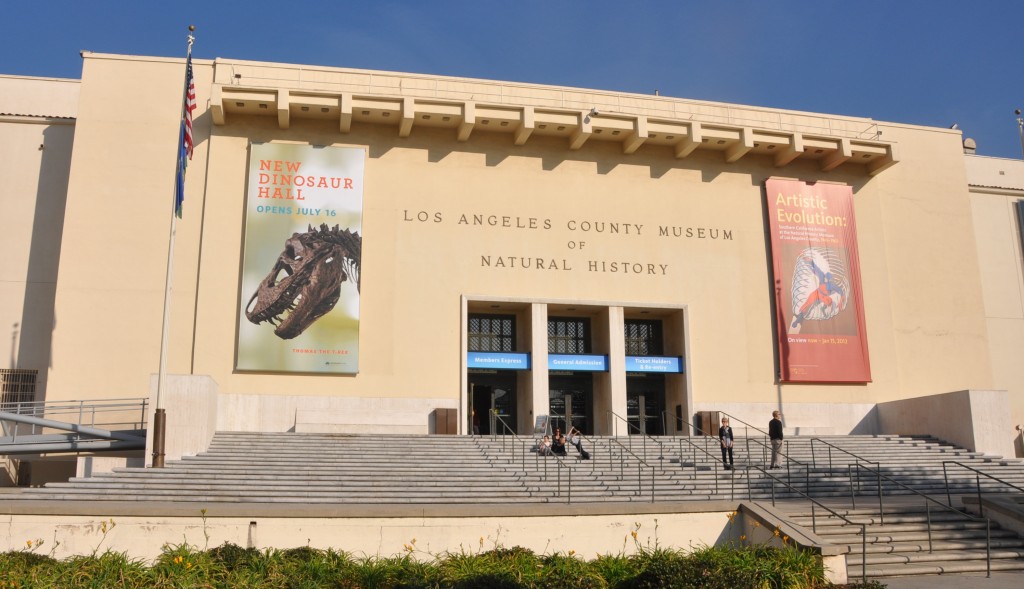