How to Raise a Creative Child. Step One: Back Off
Sponsor

How to Raise a Creative Child. Step One: Back Off

Adam Grant is a professor of management and psychology at the Wharton School of the University of Pennsylvania, and a contributing opinion writer. This essay is adapted from his new book Originals: How Non-Conformists Move the World. 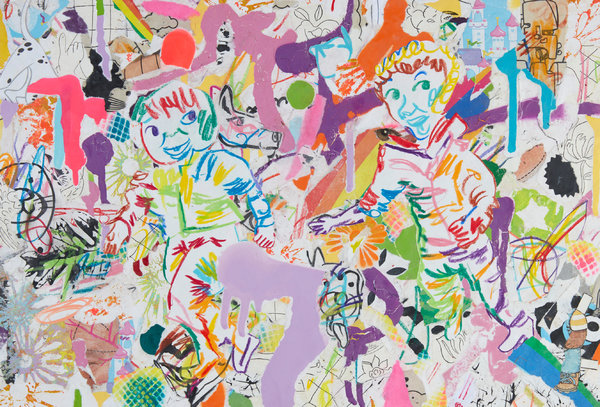 THEY learn to read at age 2, play Bach at 4, breeze through calculus at 6, and speak foreign languages fluently by 8. Their classmates shudder with envy; their parents rejoice at winning the lottery. But to paraphrase T. S. Eliot, their careers tend to end not with a bang, but with a whimper.

Consider the nation’s most prestigious award for scientifically gifted high school students, the Westinghouse Science Talent Search, called the Super Bowl of science by one American president. From its inception in 1942 until 1994, the search recognized more than 2000 precocious teenagers as finalists. But just 1 percent ended up making the National Academy of Sciences, and just eight have won Nobel Prizes. For every Lisa Randall who revolutionizes theoretical physics, there are many dozens who fall far short of their potential.

Child prodigies rarely become adult geniuses who change the world. We assume that they must lack the social and emotional skills to function in society. When you look at the evidence, though, this explanation doesn’t suffice: Less than a quarter of gifted children suffer from social and emotional problems. A vast majority are well adjusted — as winning at a cocktail party as in the spelling bee.

What holds them back is that they don’t learn to be original. They strive to earn the approval of their parents and the admiration of their teachers. But as they perform in Carnegie Hall and become chess champions, something unexpected happens: Practice makes perfect, but it doesn’t make new.

The gifted learn to play magnificent Mozart melodies, but rarely compose their own original scores. They focus their energy on consuming existing scientific knowledge, not producing new insights. They conform to codified rules, rather than inventing their own. Research suggests that the most creative children are the least likely to become the teacher’s pet, and in response, many learn to keep their original ideas to themselves. In thelanguage of the critic William Deresiewicz, they become the excellent sheep.

In adulthood, many prodigies become experts in their fields and leaders in their organizations. Yet “only a fraction of gifted children eventually become revolutionary adult creators,” laments the psychologist Ellen Winner. “Those who do must make a painful transition” to an adult who “ultimately remakes a domain.”

Most prodigies never make that leap. They apply their extraordinary abilities by shining in their jobs without making waves. They become doctors who heal their patients without fighting to fix the broken medical system or lawyers who defend clients on unfair charges but do not try to transform the laws themselves.

So what does it take to raise a creative child? One study compared the families of children who were rated among the most creative 5 percent in their school system with those who were not unusually creative. The parents of ordinary children had an average of six rules, like specific schedules for homework and bedtime. Parents of highly creative children had an average of fewer than one rule.

Creativity may be hard to nurture, but it’s easy to thwart. By limiting rules, parents encouraged their children to think for themselves. They tended to “place emphasis on moral values, rather than on specific rules,” the Harvard psychologist Teresa Amabile reports.

Even then, though, parents didn’t shove their values down their children’s throats. When psychologists compared America’s most creative architects with a group of highly skilled but unoriginal peers, there was something unique about the parents of the creative architects: “Emphasis was placed on the development of one’s own ethical code.”

Yes, parents encouraged their children to pursue excellence and success — but they also encouraged them to find “joy in work.” Their children had freedom to sort out their own values and discover their own interests. And that set them up to flourish as creative adults.

When the psychologist Benjamin Bloom led a study of the early roots of world-class musicians, artists, athletes and scientists, he learned that their parents didn’t dream of raising superstar kids. They weren’t drill sergeants or slave drivers. They responded to the intrinsic motivation of their children. When their children showed interest and enthusiasm in a skill, the parents supported them.

Top concert pianists didn’t have elite teachers from the time they could walk; their first lessons came from instructors who happened to live nearby and made learning fun. Mozart showed interest in music before taking lessons, not the other way around. Mary Lou Williams learned to play the piano on her own; Itzhak Perlman began teaching himself the violin after being rejected from music school.

Even the best athletes didn’t start out any better than their peers. When Dr. Bloom’s team interviewed tennis players who were ranked in the top 10 in the world, they were not, to paraphrase Jerry Seinfeld, doing push-ups since they were a fetus. Few of them faced intense pressure to perfect the game as Andre Agassi did. A majority of the tennis stars remembered one thing about their first coaches: They made tennis enjoyable.

SINCE Malcolm Gladwell popularized the “10,000-hour rule” suggesting that success depends on the time we spend in deliberate practice, debate has raged about how the hours necessary to become an expert vary by field and person. In arguing about that, we’ve overlooked two questions that matter just as much.

First, can’t practice itself blind us to ways to improve our area of study? Research reveals that the more we practice, the more we become entrenched — trapped in familiar ways of thinking. Expert bridge players struggled more than novices to adapt when the rules were changed; expert accountants were worse than novices at applying a new tax law.

Second, what motivates people to practice a skill for thousands of hours? The most reliable answer is passion — discovered through natural curiosity or nurtured through early enjoyable experiences with an activity or many activities.

Evidence shows that creative contributions depend on the breadth, not just depth, of our knowledge and experience. In fashion, the most original collections come from directors who spend the most time working abroad. In science, winning a Nobel Prize is less about being a single-minded genius and m 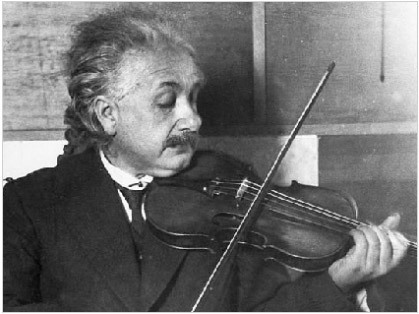 No one is forcing these luminary scientists to get involved in artistic hobbies. It’s a reflection of their curiosity. And sometimes, that curiosity leads them to flashes of insight. “The theory of relativity occurred to me by intuition, and music is the driving force behind this intuition,” Albert Einsteinreflected. His mother enrolled him in violin lessons starting at age 5, but he wasn’t intrigued. His love of music only blossomed as a teenager, after he stopped taking lessons and stumbled upon Mozart’s sonatas. “Love is a better teacher than a sense of duty,” he said.

Hear that, Tiger Moms and Lombardi Dads? You can’t program a child to become creative. Try to engineer a certain kind of success, and the best you’ll get is an ambitious robot. If you want your children to bring original ideas into the world, you need to let them pursue their passions, not yours.