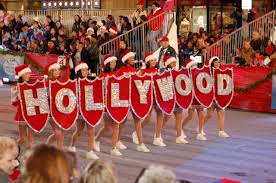 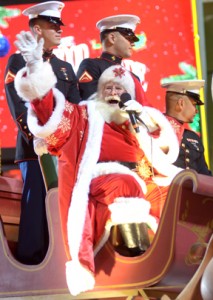 From the Heart of Hollywood! Starting on Hollywood Blvd at Orange, the U-shaped parade route will travel east to Vine, south on Vine to Sunset Boulevard and west on Sunset, back to Orange. 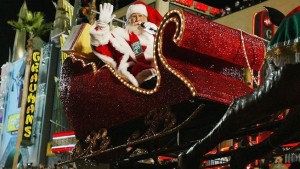 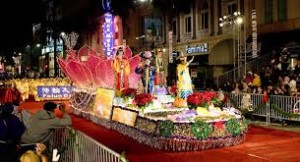 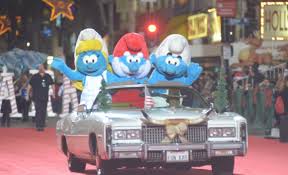 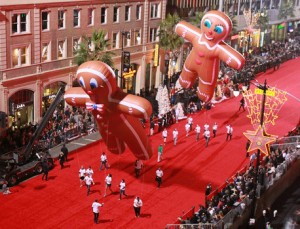 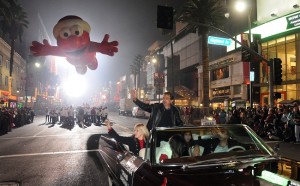 The 81st annual Hollywood Christmas Parade began Sunday night November 26, 2012 at 6:30 p.m. for a 3.2-mile route down Hollywood Boulevard, Vine Street and back along Sunset Boulevard. Cirque du Soleil characters from IRIS were part of the broadcast. Actor Joe Mantegna served as grand marshal for the parade as a balloon of Elmo floats behind him. (Dean Musgrove/ Staff Photographer)