How to Talk About World Incidents with Children
Sponsor 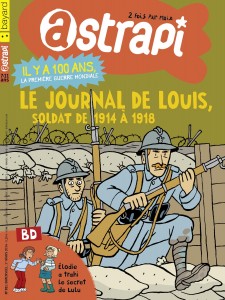 A French magazine, Astrapi,  catered to youth ages 7-12 published a special supplement last weekend for its young readers to try to comprehend this complicated yet crucial matter. Here is the leaflet and synopsis in English. It is also a good opportunity for the younger ones to learn to observe global matters from an angle other than that of the American.

Men filled with hatred decided to kill innocent people. These men were planning the attacks for a long time.

They killed while walking with weapons of war,” Astrapi says, and adds, “the eight terrorists who committed these horrors were dead the same night.

While the police conduct their investigation, we do not yet know much about these killers. What is known is that they are terrorists: people who use violence to impose their ideas. They’re even willing to die for it.

These attacks were committed by ‘Islamist terrorists,’ acting in the name of their religion, Islam, and who want to impose it by force on everybody. These ultraviolent people don’t speak for the majority of Muslims, who practice their religion peacefully.

They attack France because it is a free country, where people can speak and live as they wish. France is at war with Islamism in countries including Syria and Iraq; that’s why they are taking revenge.

By killing randomly in the street or in a theater, the terrorists were looking to scare everybody. Everyone said, ‘It could have been me,’ which is what they want.

Adults are also shocked … know that your home, your school, is safe. The best way to answer the violence and madness of these men is to continue living normally and to defend these ideas in respect to others. 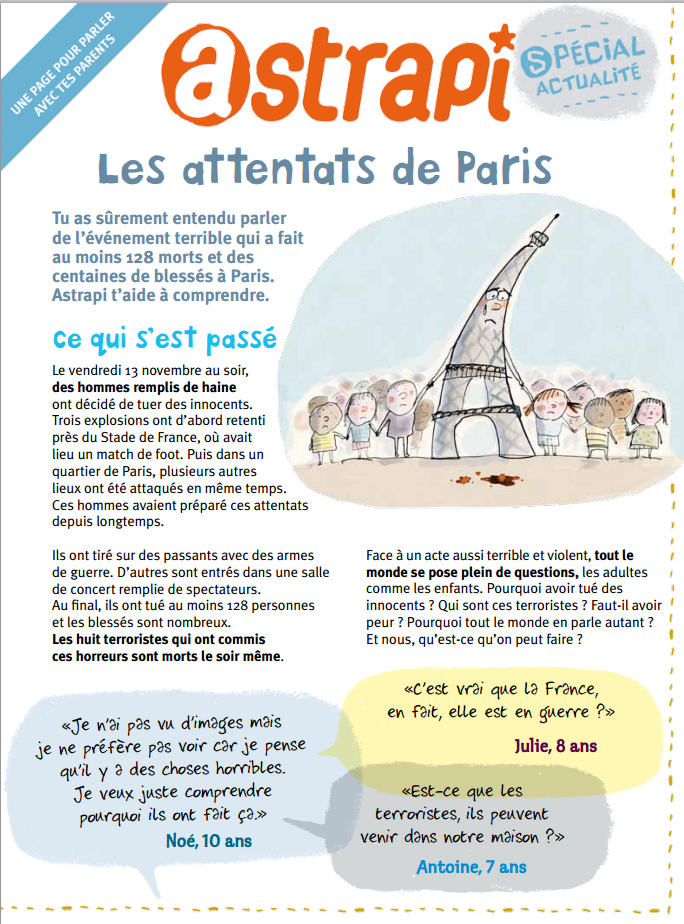 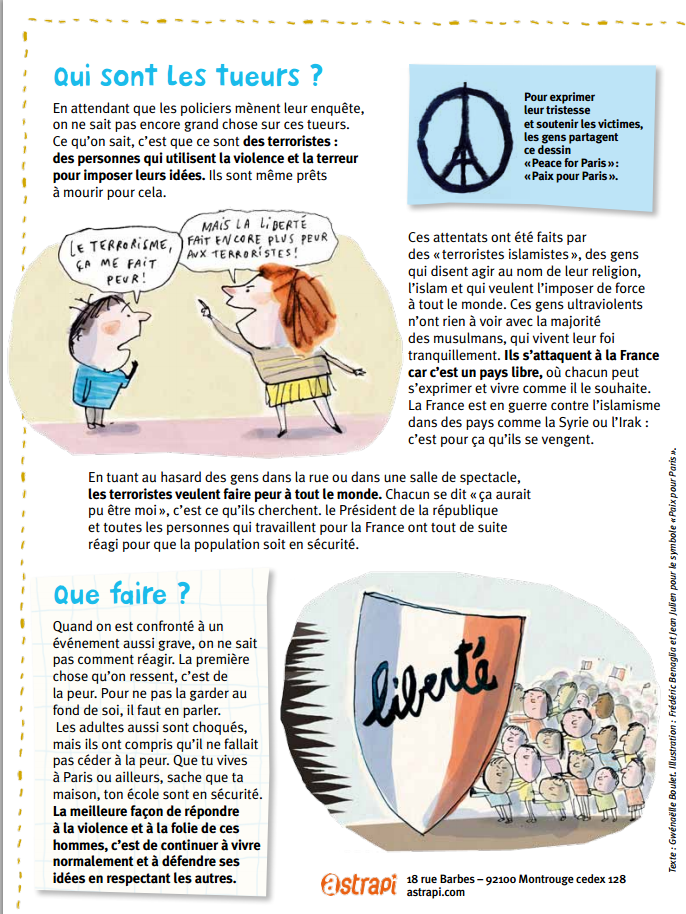