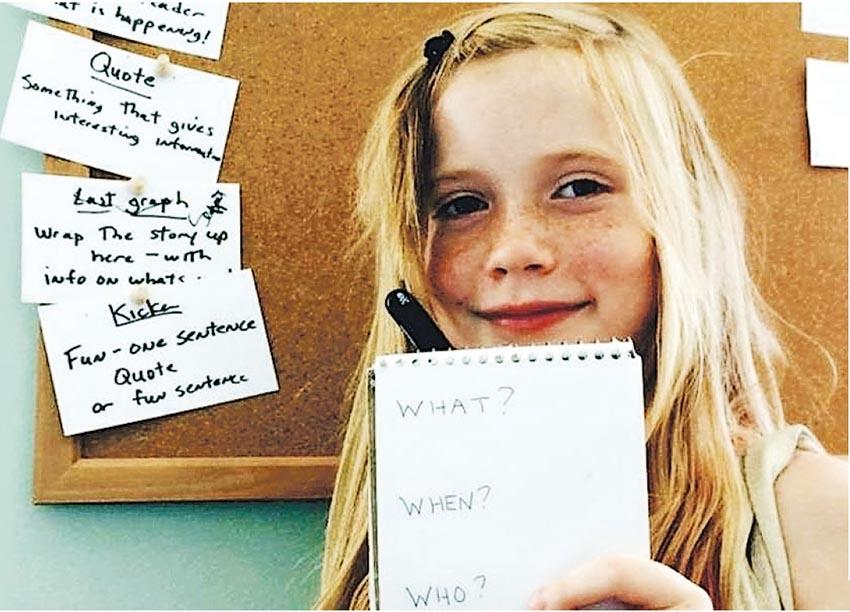 Hilde Kate Lysiak (age 12) is an American journalist who, while still a pre-teen, publishes a local newspaper in Selinsgrove, Pennsylvania, the Orange Street News. She is the youngest member of the Society of Professional Journalists. Hilde has a book deal with Scholastic and a TV mystery series based on her life is to be produced by Apple, with Brooklynn Prince playing Lysiak.

Her father, Matthew Lysiak, worked as a journalist for the New York Daily News until moving back to his hometown of Selinsgrove; he used to take Hilde to the newsroom while researching stories, and in his words “hooked her on the rush of chasing news”. Her father told Today Show host Sheinelle Jones “[S]he loves it … I don’t really want to get in the way of her passion.” In an interview for Brit+Co, Lysiak stated that her “favorite beat is crime. My second favorite beat is crime. And my third favorite beat is crime! Covering crime is like solving a giant moving puzzle. The job of a crime reporter might be the best job in the world.” She told the Columbia Journalism Review in 2015 that rather than working for a newspaper, she ultimately wants to own her own.

In 2016 Lysiak and her sister Isabel received a Tribeca Disruptive Innovations Award. Lysiak also had the honor of interviewing Nobel Peace Prize recipient Malala Yousafzai, during a visit to Providence, Rhode Island, and reacted by donating all the advertising revenue from the Orange Street News for a month to the Malala Fund promoting female education.