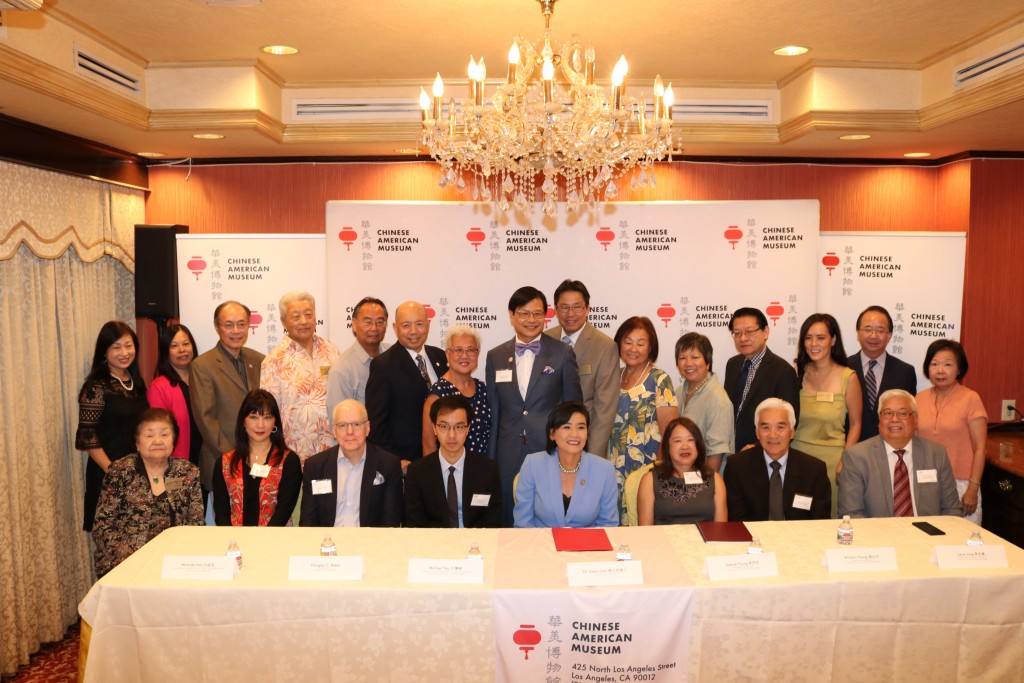 The spotlight was shone today on leaders in business, government, education, and art as the Chinese American Museum announced its 2018 Historymaker designees.

Honorees will be formally presented at the 22nd Historymakers Awards Gala on Thursday, September 13 at the Westin Bonaventure Hotel and Suites, it was announced by Jim Jang, Friends of the Chinese American Museum (FCAM) president. 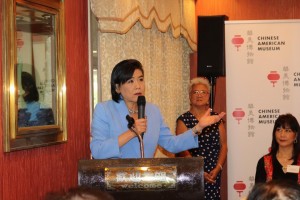 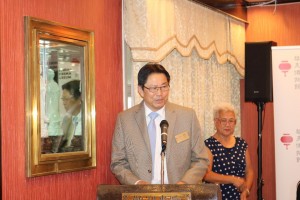 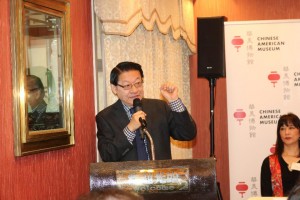 By virtually every measure, Center Theatre Group is the largest, most influential theatre company in the country. Under the leadership of Artistic Director Michael Ritchie, CTG has proudly continued a 50-year tradition of using the art of theatre to broaden horizons and illuminate new perspectives. At the Ahmanson Theatre, the Mark Taper Forum at The Music Center, and the Kirk Douglas Theatre in Culver City, CTG has audiences to experience the broadest range of theatrical entertainment in the country. Over the past decade alone, CTG has commissioned over 65 shows and produced 40 world premieres. Our most recent world premiere, David Henry Hwang and Jeanine Tesori’s Soft Power, was also a Center Theatre Group commission. CTG’s education and community initiatives reach across generations, demographics, and circumstance and support the next generation of theatregoers, artists, and artisans.

The Los Angeles Chinatown Corporation played a key role in establishing New Chinatown, the first Chinese community in the United States developed by Chinese Americans. As the original developers and now landlord of Central Plaza, L.A. Chinatown Corp. is the only privately owned and maintained public community arena in the U.S. Incorporated in 1938, the organization is managed by direct descents of the city’s early pioneering families. Many of the properties within Central Plaza are still owned by the original families. Today, the L.A. Chinatgown Corp. continues to serve its community, especially low income and senior populations. Along with the Chinatown Business Improvement District (BID), LACC hosts and co-sponsors numerous community events.

Established in 1986, the Hong Kong Economic and Trade Office, San Francisco is the official office of the Hong Kong Special Administrative Region Government within the western part of the United States. For more than three decades, the office has sought to strengthen and broaden the economic, trade and cultural relationship with the western part of the United States and enhance understanding of Hong Kong’s free trade policy.  It also demonstrates the HKSAR’s unique position and advantages under the “One Country, Two Systems” principle as the two-way platform for overseas companies to access the China market and for Chinese companies to go global.  Through business conferences and event promotions as well as arranging visits to and from Hong Kong, the office has made great strides in building business ties with many U.S. counterparts.  In addition, the office also strengthens cultural exchanges by screening Hong Kong movies at international film festivals, staging performances by various performing arts groups, and bringing in exhibitions from Hong Kong that not only promote the culture of Hong Kong, but also demonstrate the vibrancy and diversity of the Asia’s World City.

Founded in 1996, the HKSAF Scholarship Foundation encourages and supports qualified students from Hong Kong who wish to attend universities in the United States, promotes international educational exchanges, and fosters academic excellence and community services in youth. The Foundation has awarded $1.3 million in scholarships to 40 Hong Kong scholars, enabling them to attend major universities throughout the U.S. In 2003, a domestic scholarship program was established, awarding $110,000 to 65 domestic scholars to date. Through the Foundation’s Hong Kong Study Scholarship, domestic scholars have an opportunity to experience a different culture by participating in exchange or summer study programs at Hong Kong universities. In 2017, the HKSAF endowment reached a $4 million milestone.

Dr. Kang L. Wang is the Distinguished Professor and the Raytheon Chair Professor in Physical Science and Electronics at the University of California, Los Angeles (UCLA). He is affiliated with the Departments of Electrical and Computer Engineering, Materials Science and Engineering, and Physics. He received his B.S. degree from National Cheng Kung University (Taiwan) and his M.S. and Ph.D. degrees from the Massachusetts Institute of Technology.  Since joining UCLA in 1979, he has educated about 90 Ph.D. candidates and 50 master’s candidates and advised more than 200 post-doctors and visiting scholars. Dr. Wang has made significant contributions to spintronics, semiconductor technology and nanotechnology and is an internationally well-known scholar in these fields. In 2017, he led his research team to experimentally show the convincing evidence of quantized signature of Majorana Fermion for potential topological quantum computing. Dr. Wang has published more than 700 journal papers and holds 45 patents. He is the Guggenheim Fellow, IEEE Fellow and APS Fellow and is a member of the Academia Sinica and the ITRI Laureate.  In 2017, he won the prestigious J.J. Ebers Award, highest honor in devices. He also won the IUPAP Magnetism Award and the Neel Medal in 2018, one of the most important awards in Physics.

Winston and Joanne Young met at California State University, Los Angeles.  Both were born in Los Angeles, and both their grandparents immigrated from Zhongshan, China in the late 1800s. Winston has more than 45 years’ experience in the hydraulic controls industry. Together, Winston and Joanne founded Young Engineering & Manufacturing in 1987, specializing in the design and fabrication of fluid energy management equipment.  Their products protect oil pipelines around the world and can be found in major airports across the United States and at numerous military air bases and refineries. The Youngs have a son, Scott, and daughter, Rebecca Wicks, and five granddaughters.