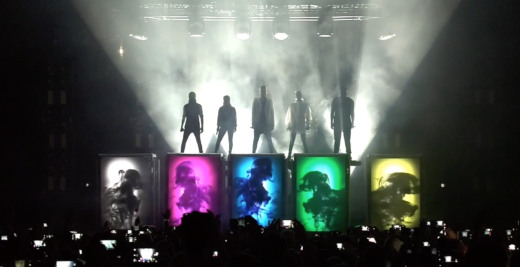 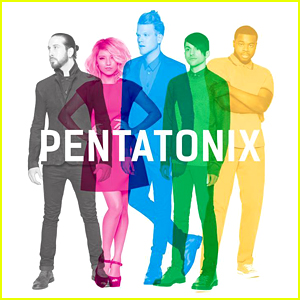 Pentatonix, a 5 member a capella group from Arlington, Texas, dropped their latest album, PTX Presents: Top Pop, Vol. I on April 13, 2018. This is their first album with their newest bass vocalist, Matt Sallee. This year, they’re on a US and Canada tour to go perform for bigger audiences. Our team, La JaJa, got the opportunity to see the talented group live in Irvine.

Before heading to the concert, we stopped by the Irvine Spectrum to grab a brief dinner. We stopped by at a casual restaurant called Tender Greens. Tender Greens gave quite the healthy millennial vibe, as the menu consisted of many vegetables proteins. Also, this restaurant is very dedicated to keeping the environment clean and beautiful, so they do not accept cash as payment. We also made a quick stop at a Starbucks to get enough energy to stay up for the exciting concert.

The traffic from the Irvine Spectrum to the FivePoint Amphitheatre was very heavy, so we arrived at the concert a tad late. However, we managed to catch all of Pentatonix’s performances as well as most of Echosmith’s, an American indie pop band that is currently touring with Pentatonix as their opening act. They sang many of their hit songs, including their famous track “Cool Kids”.

Then, at last, the moment everyone in the crowd had been waiting for. The five members of Pentatonix finally entered, making a flashy entrance with sequined costumes. The crowd’s screams stretched from the people in the pit near the stage to the ones far out in the bleachers. They put their mics to their mouths and kicked off the show with hair-raising harmonies. The  concert was a joyful yet tiring two hours. Pentatonix performed songs from their newest album including “Attention” (Charlie Puth cover), “Finesse” (Bruno Mars cover), “New Rules” (Dua Lipa cover), “Stay” (Zedd and Alessia Cara cover), “Havana” (Camila Cabello cover), and “Sorry Not Sorry” (Demi Lovato cover). We also received special performances, including a Rihanna songs medley and beatbboxer Kevin Olusola playing the cello while beatboxing. We also received the more sentimental performances including “Hallelujah” (Leonard Cohen cover), “Perfect” (Ed Sheeran cover), and “Imagine” (John Lennon cover). The Pentatonix Concert closed out with a majestic rendition of “Bohemian Rhapsody” (Queen cover).

The concert was amazing, and enjoyable for all generations. Pentatonix are huge inspirations to all sorts of people, and put on a spectacular show for the audience that night. The dedicated performers had everyone in the crowd moving. Our video covering this event will be featured on our new channel on YouTube called Junior Journalist Productions. Make sure to go check it out!