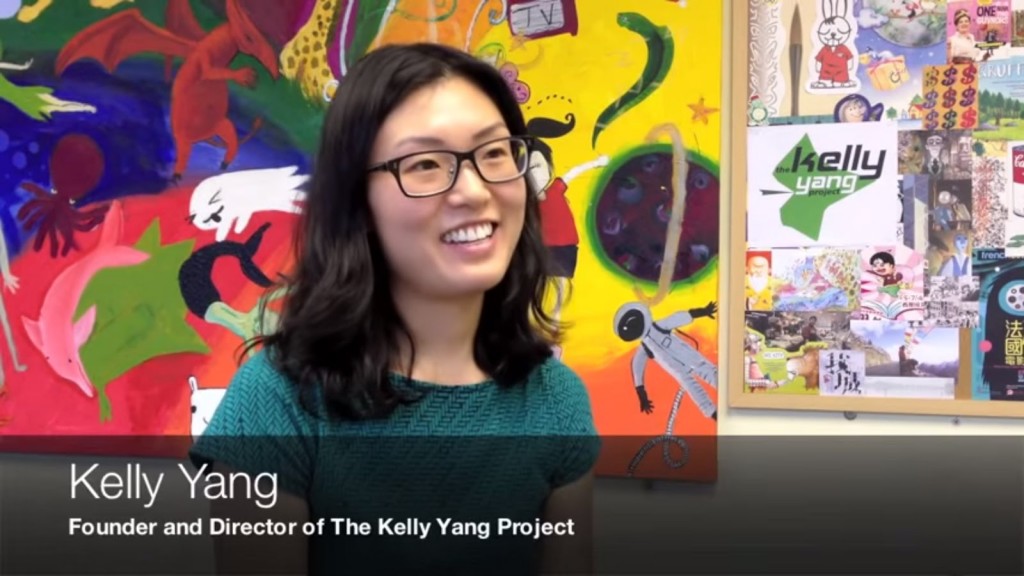 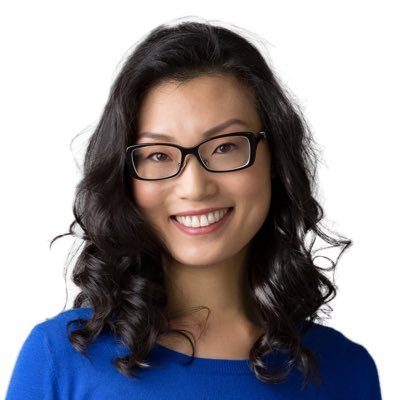 Kelly is a columnist for the  South China Morning Post, writing on education, culture, China, and technology. Kelly’s column is widely read all over Asia. Her opinion pieces have been published in The New York Times, The Washington Post, The Atlantic, CNN, and other newspapers and magazines around the world.

In addition, Kelly is the author of three children’s books, including, most recently, ‘Where’s Broccoli‘, Chameleon Press (Jan 2014), a best-selling children’s book in Hong Kong. Her newest book, FRONT DESK, a middle grade children’s novel, will be published in 2018 in the United States and Canada by Arthur A. Levine Books/Scholastic, the publishers of Harry Potter in America.

As a writer, she’s designed KYP to instill a passion for writing in children from a very early age. At KYP, Kelly teaches Critical Reasoning, Global Thinking, Debate, and Model United Nations. She loves teaching and motivating her students. Under her guidance, Kelly’s students have gained admission into Harvard, Stanford, Yale, UChicago, Columbia, UPenn, Dartmouth, Cornell, and other top schools. In addition to teaching, Kelly also oversees curriculum development and teacher training and is extremely hands-on with every aspect of the KYP program, from lesson planning to student satisfaction and classroom dynamics.

For her efforts in education, Kelly has won: the California Legislature’s Woman of the Year in 2000, USA Today All-USA College Academic 1st Place Team and; ‘CosmoGIRL! of the Year’ from CosmoGIRL! Magazine. In 2010, The Kelly Yang Project was named ‘Second Best Small Education Company in the World’ by The Education Project Global Summit in Bahrain. In 2011, Kelly chaired the Harvard Book Prize in Hong Kong and served as a board member of the Harvard Club of Hong Kong.

An experienced debater and commentator, Kelly is one of the most sought-after speakers in Asia on the topic of education. She has debated senior politicians on live TV, including Emily Lau on BBC and most recently debated politician Michael Tien at the SCMP Redefining Hong Kong Debate. Kelly regularly gives talks on education and has spoken at Cathay Pacific, CUHK, Lingnan College, Clifford Chance, Goldman Sachs, etc. As an author, she has spoken at Chinese International School, Renaissance College, Marymount Secondary School, Independent Schools Foundation, Glenealy School, International College Hong Kong, Island Christian Academy, American International School, and many other schools on writing, how to get published, and how to motivate children through writing.  In December 2015, Kelly and her students were a part of the BBC 100 Women Global Debate. Kelly and KYP have been profiled on BBC, CNN, CCTV, TEDx,HKTDC, TVB, and Huffington Post Live. 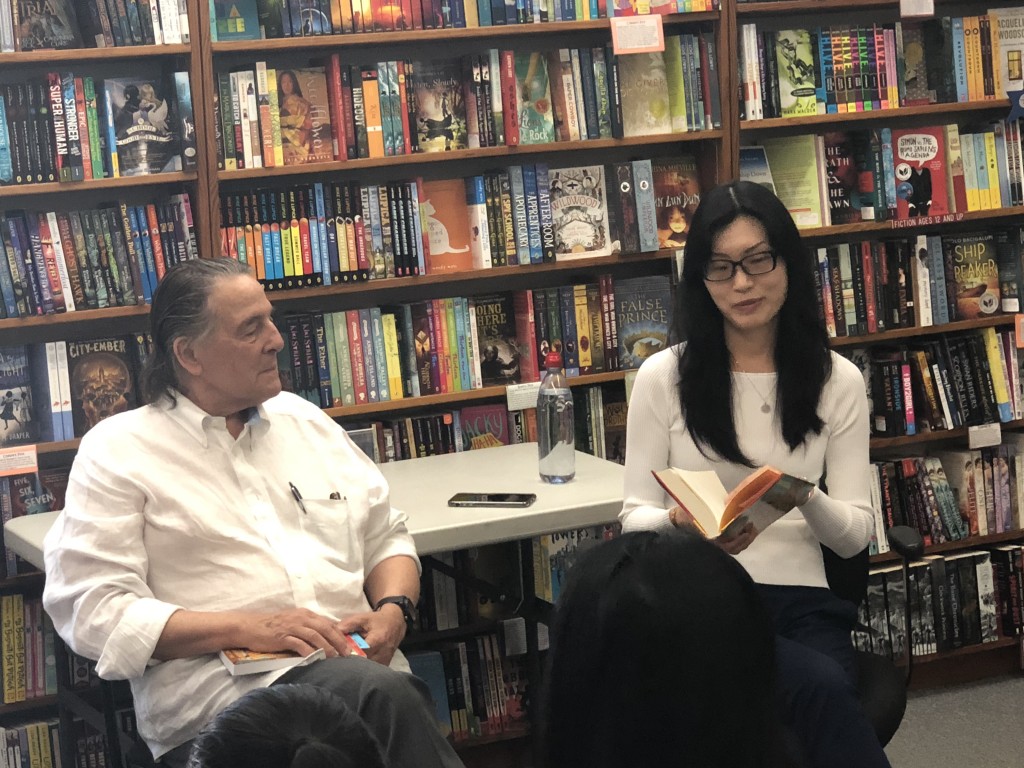 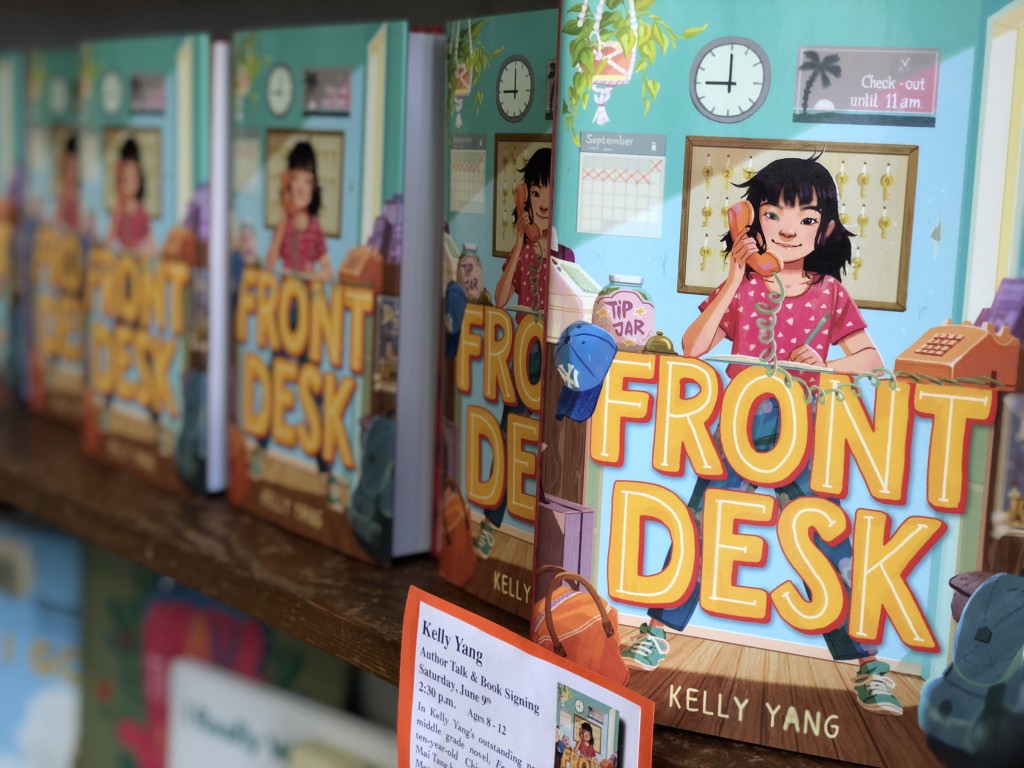 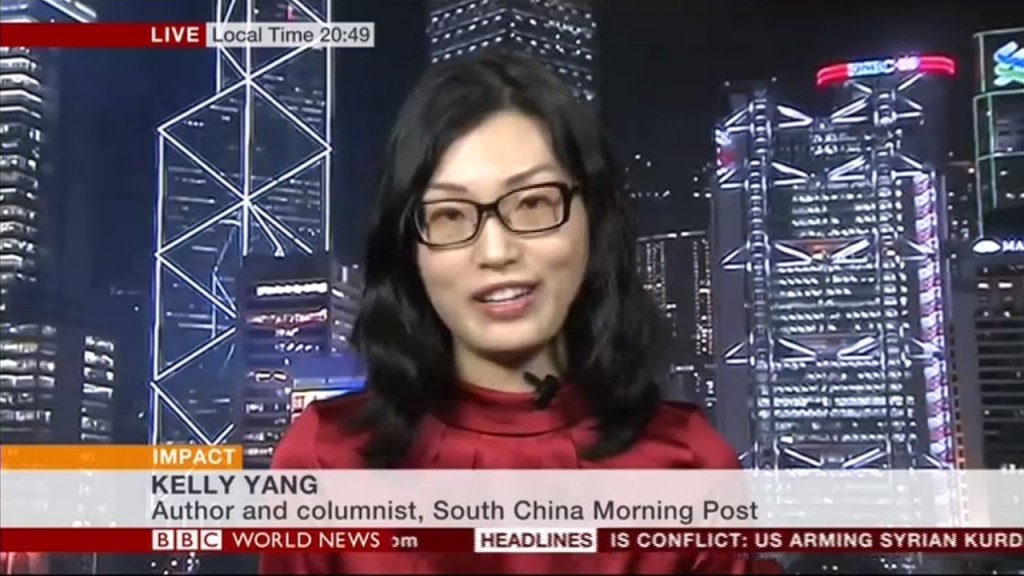 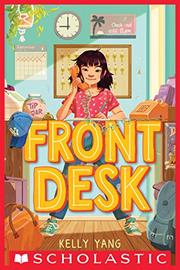 Here is my opinion on the book “Front Desk” and why I recommend it to everybody. The author, Kelly Yang, wrote this book to help her own son to read and it worked.  It would work for me too because it is so hard to put down once I started reading it. The author draws on her own life experiences born into an educated family in her home country of China. Her family leaves China to immigrate to the US. Upon arrival, the hardships begin. Her educated parents take on a low paying job as motel managers at Calivista Motel. She has dreams of becoming a writer. Mia is put into the position to help her parents as the front desk manager at 10 years old while they clean rooms at the motel. They start making a good amount of money at the start and help other immigrants to put them in some of the empty rooms in the motel at night. Then they are faced with the motel owner, Mr. Yao, changing the payment arrangement on them. The cruel owner makes it difficult for them to earn the fair wages however, they have a hard time fighting it as immigrants without another job to survive.

At school the main character, Mia Tang, has a lot of secrets. She makes up stories about where she lives, about her parents, about who she is, to conceal what is going on in her life.  She is afraid to invite people over or to share about what her parents do for a living. She has to move to different schools and is made fun of by how she dresses. In one instance, she find very expensive jeans from a guest. Later though, she is forced to give them back as she is getting yelled at by Mr. Yao. My favorite character would have to be Mia because in the book she is very passionate about writing. She doesn’t give up and she actually helps a lot of her family and friends. That is how she became an outstanding writer.

I personally like it because of the details and how the family got into the situation. The whole story is witty, humorous, and very emotional. After I read the first few pages of the book, I could not put it down. I would read for hours straight until I finished it. When I finished it, I got kind of sad because I wanted to know more of what happened. Although this book was written for her son and kids 8 -12 years old,  it is suitable for all ages beyond 12 years old also. I recommended it to my parents too. There are different life lessons and different characters that you will most likely relate to  in your life.  I hope Mrs. Kelly Yang makes more books in the future, because I personally think she is a very good writer.

Also, I was fortunate to meet the author at a book signing in LA in person. She talked about her hard childhood and how she decided to write this book without telling her own parents until it was completed. Mrs. Yang started college when she was 13 and was a graduate of Harvard Law school at the age of 20.

Front Desk  by Kelly Yang is an outstanding and superb book that describes the struggles of the Chinese-immigrant, Mia Tang.This book is actually very similar to Kelly Yang’s life when she was a child. Though it is not an autobiography, Yang said that many of the events happened to her in real life.  Front Desk talks about how Mia’s family struggles with living in America as Chinese immigrants, like Kelly Yang’s family did. Kelly’s parents were managers of a motel, like Mia’s parents.

I enjoyed the book because of its fantastic character development. Mia really changed from the beginning of the book to the end. In the beginning of Front Desk, Mia wasn’t as brave and resilient as she was in the end. She was  a very strong character after the challenges she faced in the book, which changed and developed her character.

I also enjoyed the spectacular storyline of Front Desk. As the book moves along, there are so many complications that she and her family go through that really make the book interesting. One such complication was when Mr. Yao, the mean owner of the motel, almost caught an immigrant that the Tangs were housing for free. I really wanted to know what Mia and her parents would do to help save the immigrants.

While there are many great things about this book, there was a part of the book that I wish was changed. It was stressed that Mia really wanted to swim in the pool in the beginning of the book. But throughout the book it was never mentioned again. Finally, in the end, when the Tangs gain ownership of the motel, they are able to swim in the pool without Mr. Yao yelling at them. Kelly Yang ended her book with the pool, but it wasn’t stressed enough for it to be significant.

Front Desk is a lovely book for people of all ages, races, and genders. But I do recommend this book especially to people from ages 8 to 12. People over 12 years old will probably also enjoy Front Desk, but ages 8 to 12 is probably the best age range for relating to this book.

Overall, I rate this book 9/10. I enjoyed many things in this book, but I think that the ending of the book was very unsatisfactory compared to the rest of the book.  I recommend this book to anybody fortunate enough to come across it.