Everyone is invited to join the Aquarium in celebrating its twentieth year with special events, programs, and exhibits throughout the summer. Starting May 25 the Aquarium will highlight its original animals with special exhibit enhancements. Guests can look for the 20th anniversary platinum Bob the Diver statue hidden inside the exhibits to win daily prizes along with other contests, collect photos at selfie stations, and meet its new mascot Gigi the Octopus. Learn the fascinating history of its animals and exhibits and meet some new animals.

A short film highlighting the Aquarium’s conservation work will play daily in the Great Hall, and art exhibits celebrating the Aquarium’s anniversary will be displayed on the second floor. The first art exhibit will feature five original pieces by Brian Kesinger, an Aquarium member, former Disney artist, and the Official Artist of the 20th Anniversary. Later in the year the Aquarium will display winning artwork from a contest celebrating the anniversary. The art contest, presented by JetBlue, will be accepting entries throughout the summer with the top twenty participants winning roundtrip flights on JetBlue. Visit aquariumofpacific.org for submission guidelines. 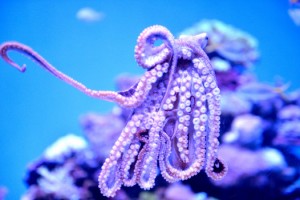 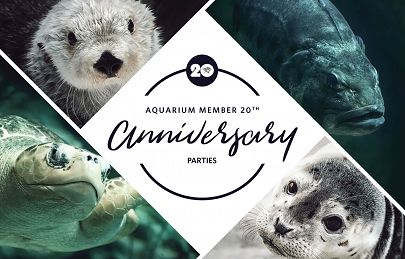