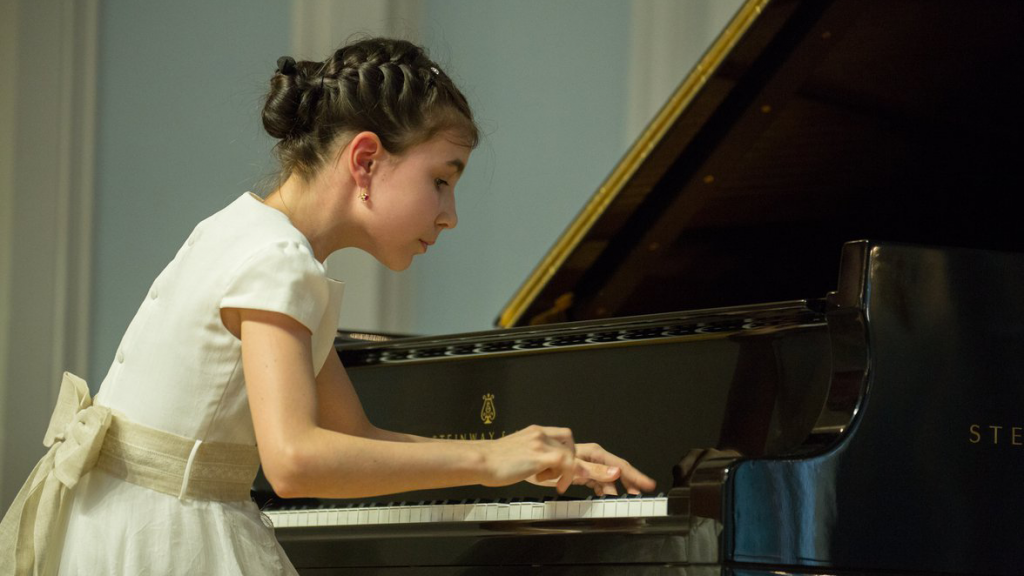 Alexandra Dovgan was born in 2007. She began to study the piano at the age of 5. Dovgan currently studies at the Moscow Central Music School of the Moscow Conservatory (Mira Marchenko’s class).

She has received a special prize from the Yamaha company. The young pianist has taken part in various international festivals and has toured in Russia and abroad. Dovgan receives scholarships from the Vladimir Spivakov Foundation, Mstislav Rostropovich, and the New Names Foundation.

The young pianist has participated in several international festivals and has toured Russia and abroad, we look forward to seeing her play in the U.S. in the near future!

Felix Mendelssohn-Bartholdy: Concerto for Piano No. 1 in G Minor, Op. 25