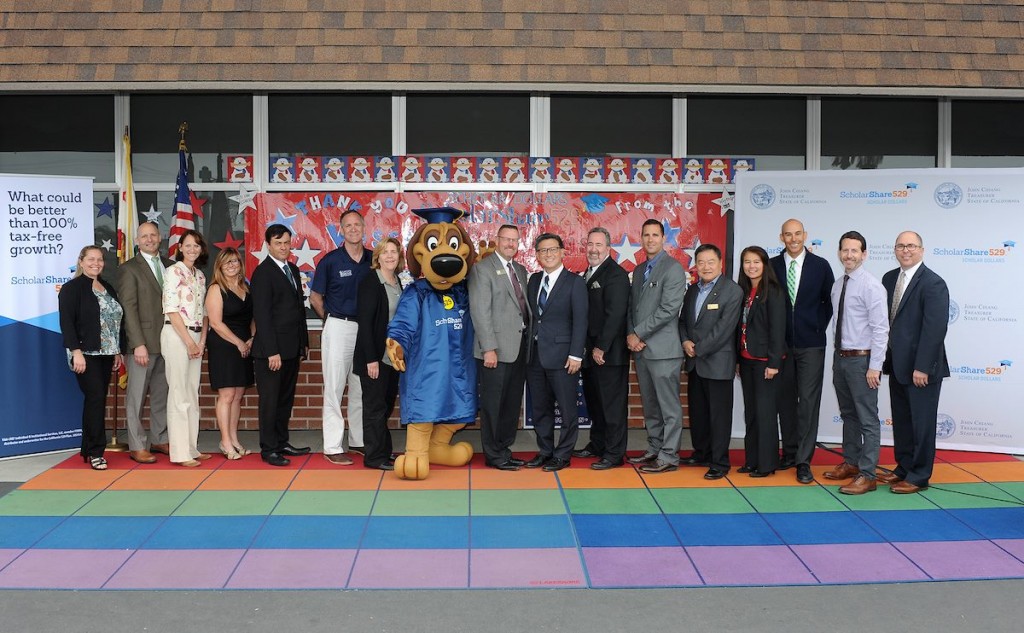 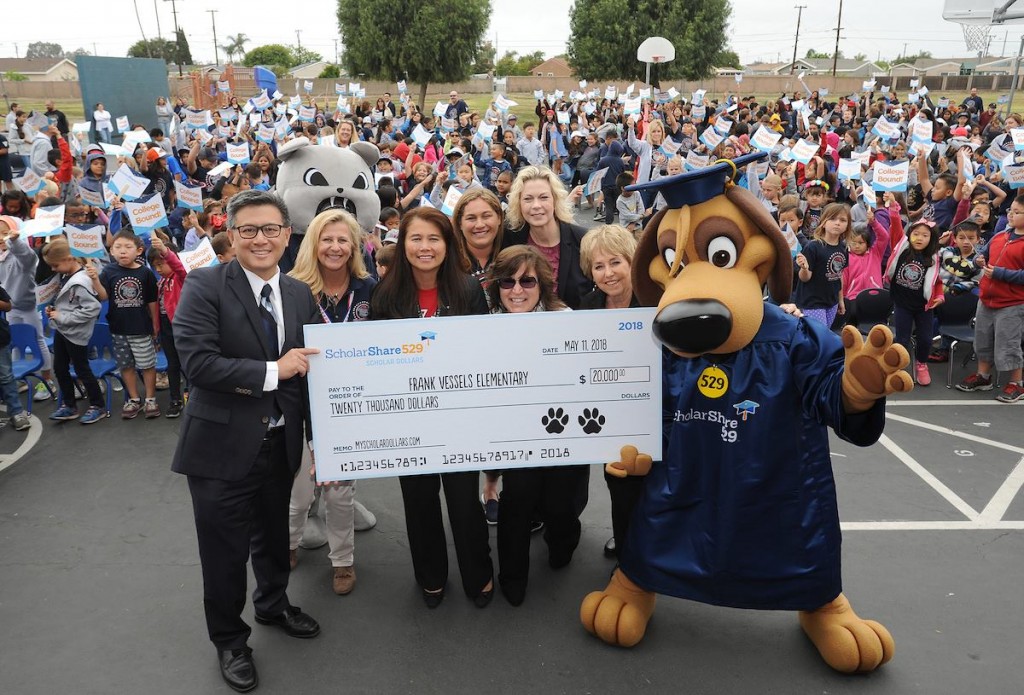 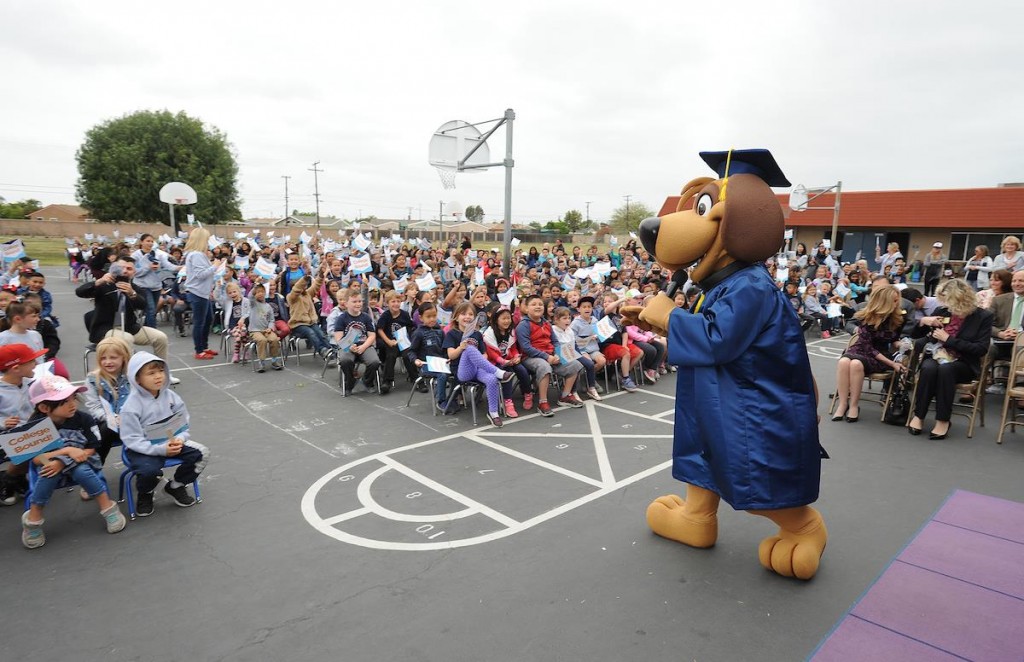 ScholarShare’s Mascot Diploma Dog shares some fun with the students 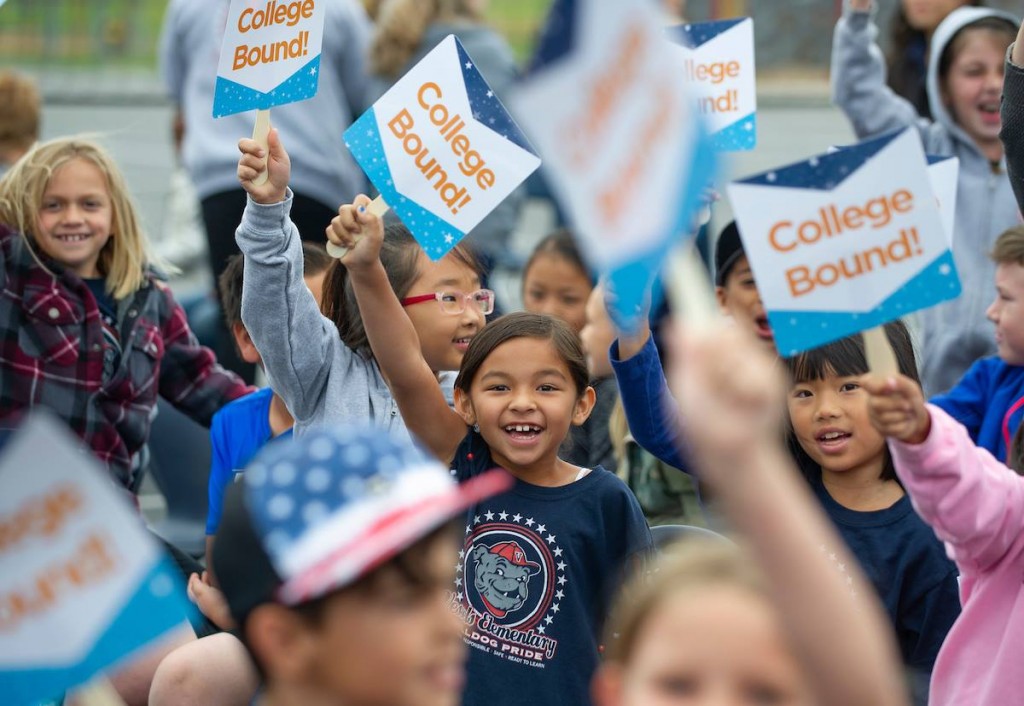 We are College Bound 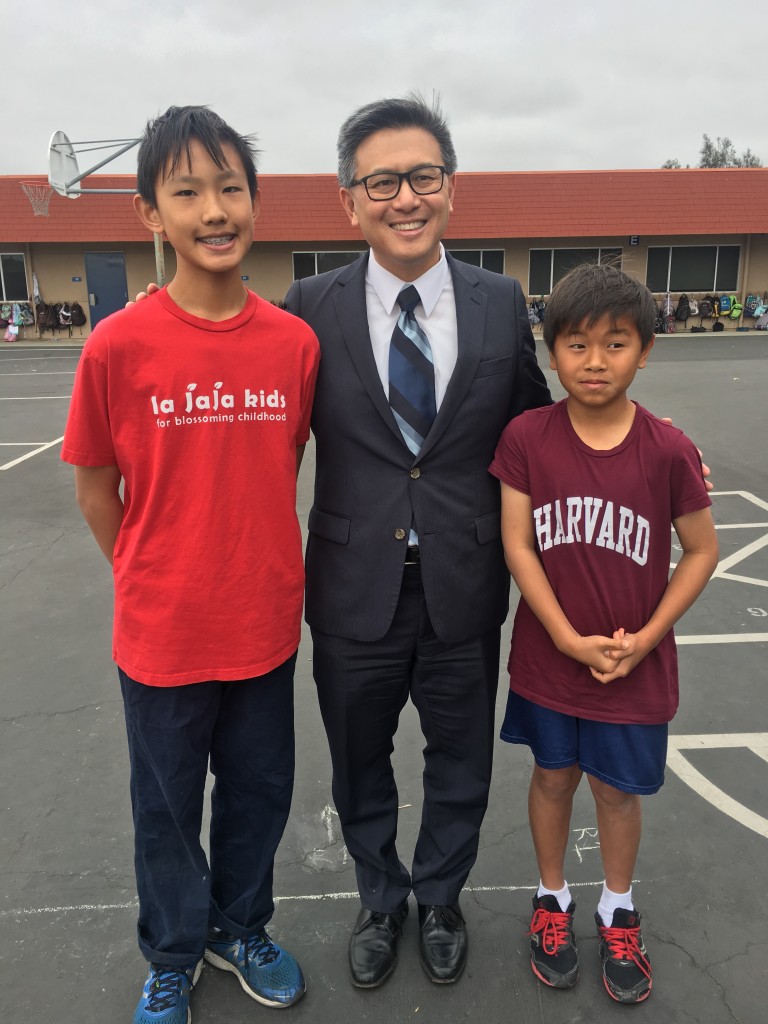 On May 11, 2018, Ryan and I went to Cypress to interview the California State Treasurer John Chiang, and Julio Martinez, the Executive Director of the ScholarShare Investment Board. ScholarShare 529 was awarding scholar dollar grants to 20 winning schools in California. Around 400 schools competed for Scholar dollars. The ceremony was held in the Frank Vessels Elementary.

ScholarShare 529 is a college savings plan that’s helping families and for the cost of higher education. Scholar dollars are funds for the school that can be used for science lab equipment, band uniforms, library resources, computers, tutoring and more for the school. When John Chiang was awarding grants, all of the principles from different schools went up to speak. When Frank Vessels students got the award, they were so excited!  They looked very proud when receiving the grant. Treasurer John Chiang had partnered up with ScholarShare to award and give these grants to schools in California. Mr. Chiang  is a very friendly and brilliant person. He interacted with all the students and always had a big smile on his face.

By opening a Scholarshare account, you can learn how to save money, and then you can save extra money for your future. During this interview, I learned many things about ScholarShare and how you can save. This interview was a very important to me and all of the students in California. ScholarShare 529 is a great and impactful plan for your future.

Today I got to interview John Chiang, the candidate for the future Governor of California. During my interview with Mr. Chiang, he talked about what he would do as the governor. After meeting him for only a short time, I already think he would make an amazing governor of our state of California.

Today Mr. Chiang ( The State Treasurer ) hosted an event and has awarded  many schools from all over California. ScholarShare sponsors this event and encourages families to vote for schools. ScholarShare is a program that gives schools a chance to earn money. Thousands of families, parents, and students’ vote are casted and many schools have been awarded with money.

I hope Mr. Chiang can become our governor of California, because I truly believe he is  a wonderful person. I know he will be a wonderful governor, and if he get’s elected, I hope he wiuld make our home California a better place.

A review on the 2017 Program Award Ceremony