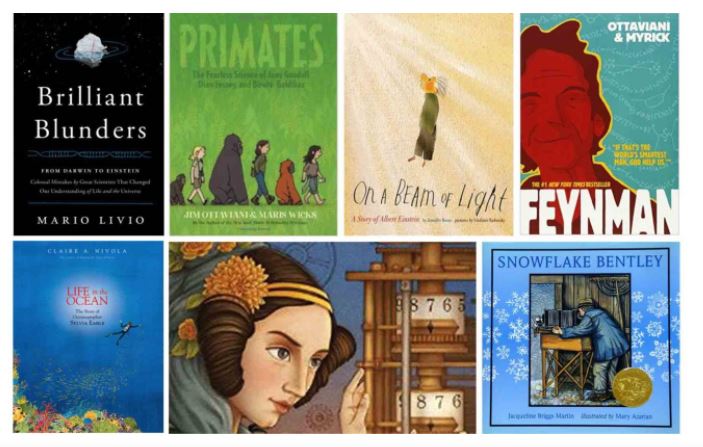 Do you know that teens who read about the personal and intellectual struggles of scientists feel more motivated to learn science.  That was the finding of a recent study out of Teachers College, Columbia University and the University of Washington. 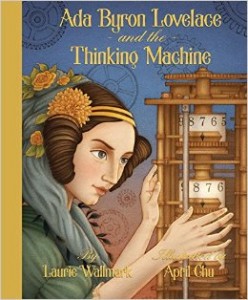 #1 Ada Byron Lovelace and the Thinking Machine, by Laurie Wallmark and April Chu

Ada Byron Lovelace was the world’s first computer programmer, creating a coding algorithm years before the modern computer was invented. This picture book biography describes how measles left her temporarily blind and paralyzed and how she overcame society’s negative attitudes towards women in the sciences. 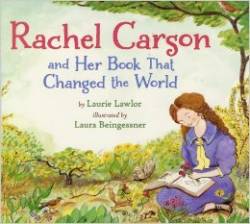 # 2 Rachel Carson and Her Book That Changed the World, by Laurie Lawler and Laura Beingessner

Rachel Carson’s writing and research helped launch the modern environmental movement.  This picture book shares her struggles growing up in poverty during the Great Depression, the sacrifices her family made to send her to college, and the challenges she faced entering a male-dominated field. 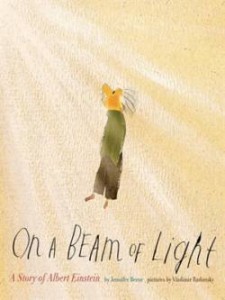 # 3 On a Beam of Light, by Jennifer Berne and Vladimir Radunsky

Through simple text and stunning illustrations, this book explores Albert Einstein’s early struggles with learning and school –  and how they propelled his later accomplishments. The New York Times described this book as “”something of an It Gets Better Project for mathematically precocious children.” 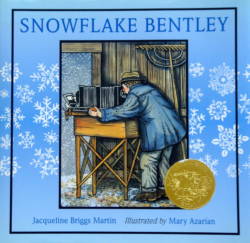 Wilson Bentley was a nature photographer who showed the world that “no two snowflakes are alike.” This picture book describes his unstoppable grit in pursuit of his dream and includes sidebars with more information about the methods and science behind his work. 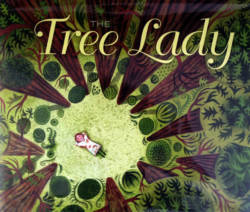 # 4 The Tree Lady: The True Story of How One Tree-Loving Woman Changed a City Forever by H. Joseph Hopkins and Jill McElmurry

Botanist Kate Sessions, the first woman to graduate from the University of California with a science degree, is best known for transforming San Diego from a desert town to a green paradise. The picture book describes obstacles and social taboos that she faced and overcame, utilizing the refrain: “but she did.” 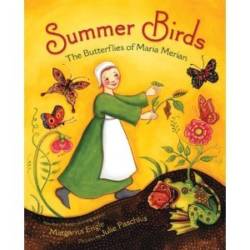 # 5 Summer Birds: The Butterflies of Maria Merian by Margarita Engle and Julie Paschkis

In the seventeenth century Europe — when many thought butterflies were evil creatures that generated spontaneously from mud –entomolygist Maria Merian made her mission to study them.  After years of study, she wrote and illustrated a groundbreaking book about the life-cycle of a butterfly. This picture book describes how she conducted much of her work in secret because of the negative perceptions around this insect. 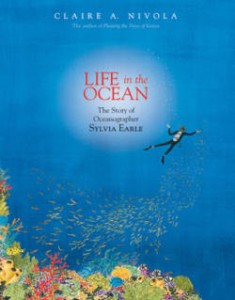 #6 Life in the Ocean: The Story of Oceanographer Sylvia Earle by Claire A. Nivola

As her biography at National Geographic notes, “called ‘Her Deepness’ by the New Yorker and the New York Times, ‘Living Legend’ by the Library of Congress, and first ‘Hero for the Planet’ by Time magazine, [Sylvia Earle] is an oceanographer, explorer, author, and lecturer.” This beautifully illustrated picture book describes how a difficult move to a new state during her childhood awakened a life-long passion.  The author’s note would also make a good read-aloud for teens, describing her scientific work in more depth and how she “defied conventional expectations at every stage of her life.” 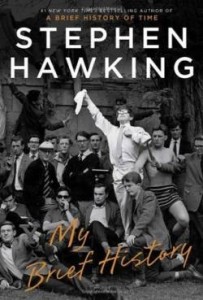 # 7 My Brief History, by Stephen Hawking

At 144 pages, this brief memoir is broken into several small chapters in which theoretical physicist and cosmologist Stephen Hawking writes about his childhood, his research and –  of course –  his life with ALS, which gradually paralyzed him over the course of decades and required him to develop compensatory methods for engaging in his research. Teachers could use or read aloud excerpts of this compelling autobiography. 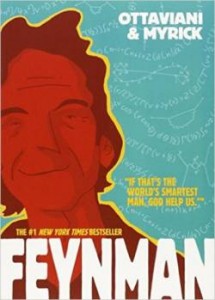 Written for teens, this graphic novel vividly portrays the life of the vivacious physicist Richard Feynman. It captures his tenacity in the face of trying circumstances — from working on the Manhattan project to uncovering the cause of the Challenger explosion to caring for his ailing wife. 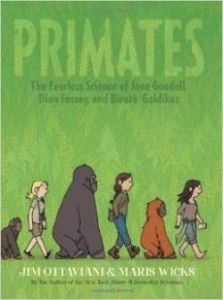 This is another graphic novel for teens, tracing the lives of three primatologists who were students of Richard Leakey and who lived among the primates. As the Booklist review notes,  “For all the playful mugging and gratifying discoveries, though, Ottaviani doesn’t shy away from the struggles of living and working in the bush.” 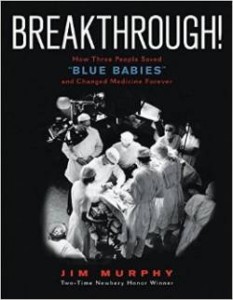 Knapp describes this short nonfiction narrative as a “wonderfully written story of a black man, a white man and a woman, who all struggled in different ways (personally and professionally) to pioneer a surgery that saved the lives of ‘blue babies.’” 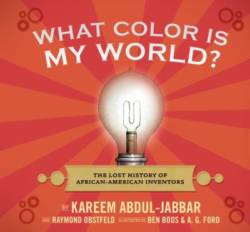 # 11 What Color is My World? The Lost History of African-American Inventors, by Kareem Abdul-Jabbar and Raymond Obstfeld

This collection features several short life-sketches of African-American inventors –  from Henry Sampson (who created the gamma-electric cell) to Percy Julian (who synthesized cortisone from soy). The stories emphasize the perseverance of these inventors in the face of racism and other life challenges. 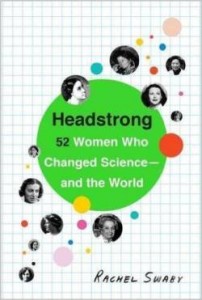 # 12 Headstrong: 52 Women Who Changed Science – and the World, by Rachel Swaby 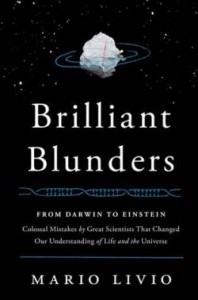 # 13 Brilliant Blunders: From Darwin to Einstein – Colossal Mistakes by Great Scientists That Changed Our Understanding of Life and the Universe,

In this 300+ page book, astrophysicist Mario Livio draws on the lives of five scientists (Charles Darwin, Lord Kelvin, Linus Pauling, Fred Hoyle, and Albert Einstein) to show how great progress often comes in the wake of “colossal mistakes.” This is a great resource book for high school science teachers who want to infuse their classes with stories about how can setbacks set the stage for progress — if we let them.

# 14 Mae Jemison I Wanted To Go Into Space

Mae Carol Jemison is an American engineer, physician and NASA astronaut. She became the first African American woman to travel in space when she went into orbit aboard the Space Shuttle Endeavour on September 12