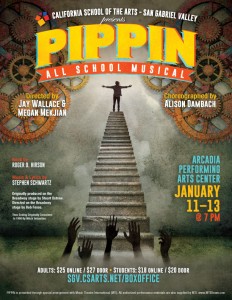 California School of the Arts – San Gabriel Valley continues its inaugural year with a charismatic, all-school performance of the esteemed musical “Pippin.” Filled with dance, humor and soaring songs by Stephen Schwartz (“Corner of the Sky,” “Magic to Do” and “Glory”), “Pippin” tells the story of a young person’s journey to find his place in the world. The ensemble cast offers growth and performance opportunities for the school’s many talented young actors, dancers, musicians and singers across the school’s conservatories. This original production is set with a unique and imaginative steampunk aesthetic, offering a relevant edge and visceral quality that will leave the audience questioning what it truly means to be extraordinary.

Tickets: purchase online at www.sgv.csarts.net/boxoffice or at the door on show nights

Students have the exclusive opportunity to learn from Erik Altemus, an original cast member of the 2013 Tony Award-winning Broadway revival of “Pippin,” during a master class and rehearsals leading up to the show.

Co-director Wallace says “Pippin” was selected as the school’s first musical because it offers a chance for originality, freshness and creative opportunity. “I wanted something with a bit of flare and energy, but that also has an undercurrent of substance and relevance. To a certain extent, ‘Pippin’ is a blank canvas. This show allows us to craft our own unique impression and perspective of the universal story of the search for one’s voice and purpose in life.”

CSArts-SGV frames the musical through the lens of steampunk, which began as a subgenre of science fiction/fantasy that featured 19th century steam-powered technology being used during Victorian times. Set during modern day, the show incorporates core elements of steampunk to conceptualize character and the world of the acting troupe at the center of the show. The play’s exploration continues a year-long study of the steampunk genre, offering artistic opportunities for students in every conservatory. Students were introduced to the genre during a master class by its originators Tim Powers and James Blaylock. In addition to the performers onstage, Visual Arts Conservatory students participate in a steampunk art exhibit in the lobby and Production & Design Conservatory students create the costumes, props, lighting and set design for the show. The program book includes steampunk letters written by Creative Writing Conservatory students.

“The performance reflects the mission of the Musical Theatre Conservatory to be an “ensemble growing together as artists and individuals,” says Wallace. “We are challenging students from all conservatories to experience a distinct level of growth throughout the process, both as performers and leaders. We want to instill and nurture an appreciation of professionalism as well as risk-taking.” 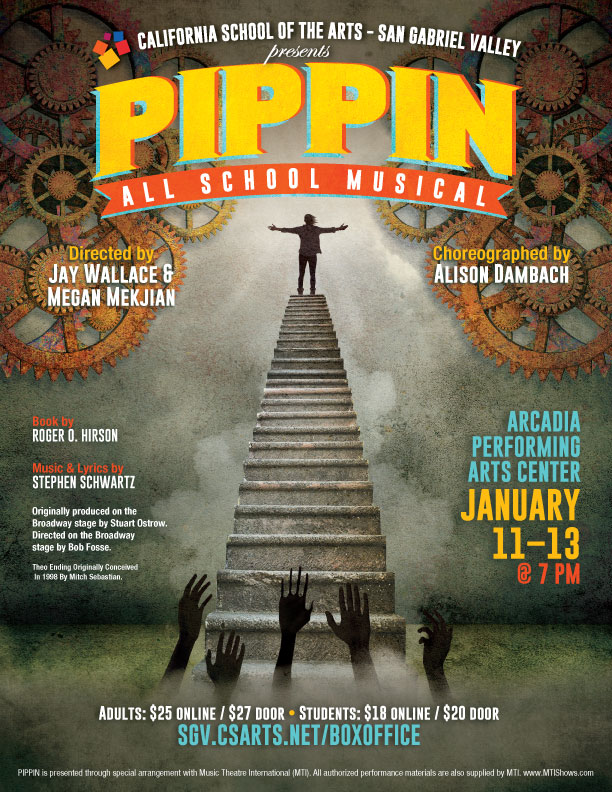