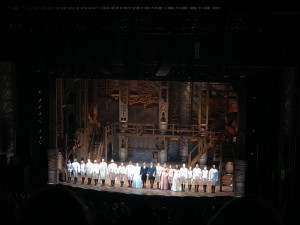 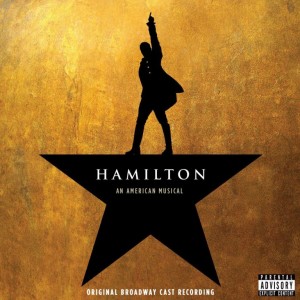 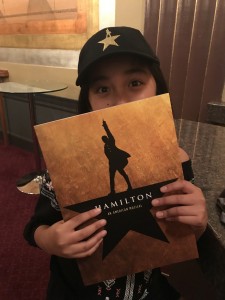 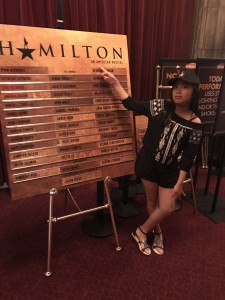 The world was captivated when Hamilton hit the stage on a Broadway, in 2016. The playlist was an instant on the internet. The hip-hop and rap musical is very different than you might think. The show, created by Lin-Manuel Miranda, is about Alexander Hamilton, one of the founding fathers. Many people, when they think about the founding fathers they think of the more traditional ones, for example Jefferson or Washington. But Hamilton helped create the financial system that the US runs on today. The musical is a story about Hamilton’s life, all told in rap and song. When I heard that Hamilton was touring, and they would be in Los Angeles, I was so excited. It was playing at the Pantages Theater in Hollywood and I went on the 13th of August, 2 days after the Los Angeles premier. The soundtrack is a very exciting one with many different types of music. For example, The Cabinet Battle (#1 and #2) are both rap only, but The Story of Tonight is a full singing song. You can find the full soundtrack on Youtube.

When I walked into the theater, the instant feeling of excitement hit me. There were many people in the lobby eagerly talking to each other and there was an aroma of popcorn wafting through the air. I excitedly flipped through my program book and told my mom, “I am so thrilled to be here” and I really was. When we found our seats, I looked at the stage and gasped. It looked exactly like I would have thought the 18th century looked like. It felt, (honestly), magical. Just a few minutes after I sat down, the lights dimmed, signaling the start of the show. When the spotlight shone on Burr, the crowd went wild and Burr had started to rap the beginning of the first song. Hearing the song I have listened to countess times being performed live right in front of my eyes, I felt elated. There were many other songs afterwards, and each was as good, (if not better), than the one before. It was spectacular. It felt as though I was losing myself in the music. The music felt like a soft cloud, slowly dragging me into it’s dream like state. When Non-Stop, (The last song of the first part), ended, intermission commenced. My gut was telling me that the 2nd part of the play would be just as brilliant and amazing as the last.

After I got back to my seat, I was happy that the second part was starting. I felt the energy in the room as the act started. The energy the actors give is amazing. My favorite songs from that section are (“Who lives, who dies, who tells you story”) and (“It’s quiet uptown”). The second act is very sad, as Hamilton’s son, Philip, dies, and how Eliza Hamilton and Alexander Hamilton slowly drift apart in, “It’s quiet uptown”. It’s enough to make anyone cry. When Phillip had died, and Eliza was singing to him, I cried like a waterfall. That’s how powerful it was.

After the play, I bought a shirt with The Schuyler Sisters (My favorite characters) on it, a Hamilton hat, and 2 books with the photos of the original and the tour cast performing. These memorabilia let me remember the spectacular play that I watched. Through music, the play conveyed so many emotions that everybody should feel.