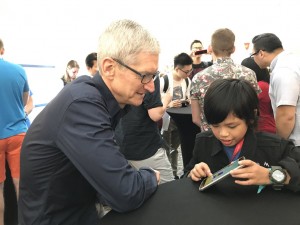 For the second year in a row, the youngest developer at Apple’s Worldwide Developer Conference (WWDC) has made the long journey to be here from Melbourne, Australia. Yuma Soerianto, 10, was one of a handful of people around the world to win a scholarship to attend.

Soerianto has been building websites since he was six years old, but last year turned his attention to the App Store.