New FROGS in Aquarium of Pacific: Dazzling and Disappearing exhibit 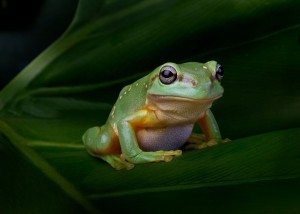 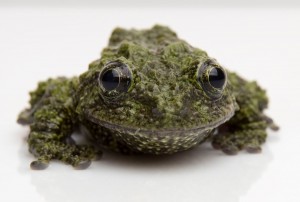 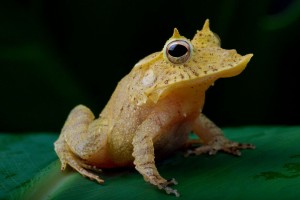 AQUARIUM OF THE PACIFIC TO OPEN NEW EXHIBITS THIS SUMMER

This summer visitors to the Aquarium of the Pacific can embark on a journey around the planet and back to California through new exhibits, films, and programs. Explore frogs and their amphibian relatives in their diverse habitats, from tropical rainforests to arid deserts. Discover endangered mangrove forests that are home to fish that “shoot,” and journey back to California to delve into our water situation through interactive exhibits.

The new FROGS: Dazzling and Disappearing exhibit will feature about two dozen species of frogs and their amphibian relatives in thematic displays. Aquarium visitors will be able to learn about the aquatic and terrestrial lives of amphibians, why they are vanishing, and what can be done to help. New displays, educational graphics, interactive exhibits, and a special lecture series will highlight the beauty of and threats to these remarkable animals. Amphibians are disappearing faster than other endangered animals. On top of threats posed by habitat destruction, invasive species, climate change, and drought, a fungal disease has caused the catastrophic decline of at least 200 amphibian species. In some places they are disappearing faster than they are being discovered. The exhibition will trace the history of amphibians, their life cycles, the different environments they live in, the diversity of species, and their surprisingly uncertain future. FROGS will be open from May 26, 2017, through March 31, 2018, and will be located inside the Tropical Pacific gallery.

After exploring the diverse habitats of frogs, visitors can travel to tropical brackish and fresh waters in Asia and Australia to meet fish that “shoot”—banded archerfish. They don’t need a bow and arrow to hunt for food. Archerfish shoot water out of their mouths with a powerful blast to hunt insects near the surface of the water. Guests can find out more about this fascinating adaptation as they explore the new archerfish focus exhibit on the outdoor Harbor Terrace starting on May 26, slated to be a permanent exhibit. The habitat of banded archerfish includes mangrove forest estuaries, and they can be found up rivers and streams. The mangrove habitat of the archerfish is among the most threatened habitats in the world. Mangrove forests also provide important protection from storms and waves that reach populated coastlines. Mangrove forests are under threat by human development and climate change. People can make a difference by supporting sustainable development and actions that reduce carbon footprints.

Once visitors have journeyed across the planet to learn about frogs and archerfish, they can return back to California as they delve into new interactive exhibits at the Our Water Future exhibit. The Aquarium’s former Our Watersheds: Pathway to the Pacific exhibit area has been renovated and transformed into the new Our Water Future exhibit. The newly themed area will open on May 26 with interactive exhibits, digital displays, a monarch butterfly garden, and other components. The aim is to help visitors understand where our water comes from and what conservation issues we face with our water supply now and in the future. Guests can find out what they can do to conserve water and which actions are most effective. The exhibit redesign is funded by a grant from the San Gabriel and Lower Los Angeles Rivers and Mountains Conservancy (RMC).

The nonprofit Aquarium of the Pacific is a community gathering place where diverse cultures and the arts are celebrated and where important challenges facing our planet are explored by scientists, policymakers, and stakeholders in search of sustainable solutions. Programs for adults include Aquatic Academy evening courses on current ocean issues, the ongoing Guest Speaker Series, and visual and performing arts events. The Aquarium is dedicated to conserving and building nature and nature’s services by building the interactions between and among peoples. Home to more than 11,000 animals, Aquarium exhibits include the June Keyes Penguin Habitat, Ocean Science Center, Molina Animal Care Center, and the interactive Shark Lagoon and Lorikeet Forest exhibits. The Aquarium has won a 2015 Travelers’ Choice Award for Aquariums, as awarded by TripAdvisor® travelers, and the 2016 TripAdvisor® Certificate of Excellence. The Aquarium offers memberships with unlimited FREE admission for 12 months, VIP Entrance, and other special benefits. Charity Navigator awarded the Aquarium a 4-star charity rating in 2016.