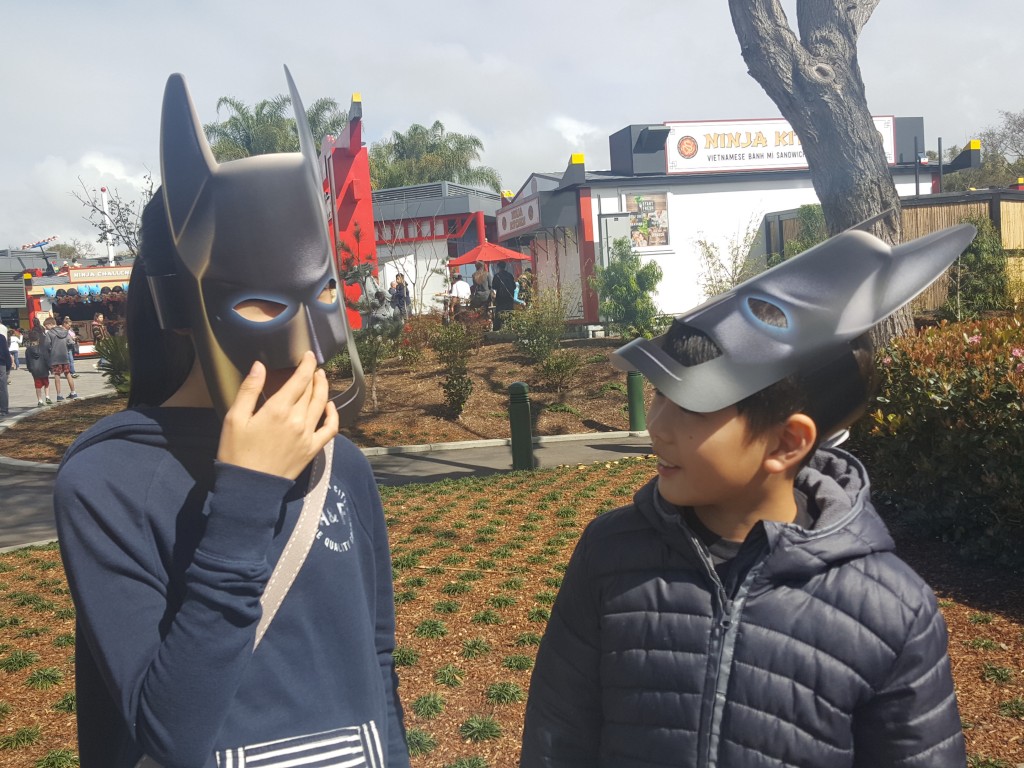 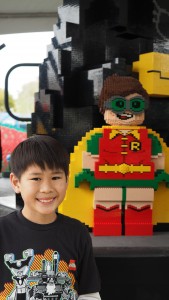 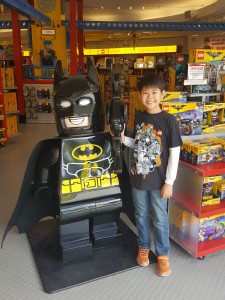 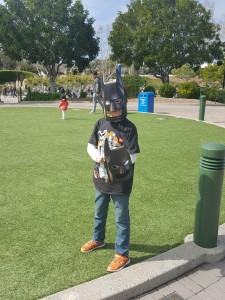 On February 19, 2017, two Lajaja Junior Journalist went to Legoland for the Lego Batman Movie Days which is open on certain weekends of February and is also going to be open on March 10-31.

On the day the Lajaja Journalist came, they had a app to download in order to get these nice things like discount on the food, and the first clue for the scavenger hunt.

There were very exciting events on that day. The most exciting event in my opinion was the scavenger hunt. The scavenger hunt first starts when you get into the park. You should be able to spot a tent there where you will be given a sheet for the scavenger hunt and a free Batman Mask,. Then, what you need to do was there are 6 Lego villains and they all are hold a letter to the secret word and they all are from the new Lego Batman movie. All the people that can finish the letter finding to unlock the secret and turn in the slip will be entered into a drawing that you might be the winner. The winner will get a prize of Lego Batman sets. 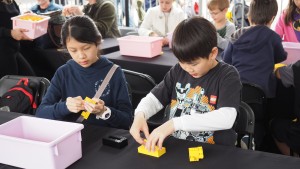 Then there is the picture puzzle event. All the people who participate will be given a 36 studded Lego board. The boards are color-coded and you’re supposed to place 1 studded pieces of bricks onto the board until it is fully covered. Each one of these tiles is part of a puzzle that will be placed together to form a mural of a scene from the Lego Batman Movie. 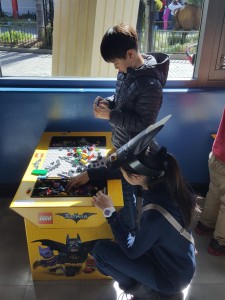 Another event that was on for the new movie was the Lego Batman build and race a Batmobile contest. First there are the Lego pieces that are from Lego Batman Lego sets. Then, the people use them to build a car and race with them. My car was not as successful because the wheels were too small. Therefore, if you want to build a Batmobile, I would recommend using bigger-sized wheels.

There was also a place behind the Big Shop where there is a certain time when each Lego Batman character come out so you could take pictures with them.

There was also this place where the people used Lego blocks to build different structures so by the end of someday, staff members will could use those blocks to build a life-sized Lego Batman and Robin.

After participating in those events, my family and I went to the other rides like the kid power tower and the Ninjago Ride. The park was really fun that day and that I really liked it, and I hope that you all get a chance to go to Legoland soon, where awesome awaits. 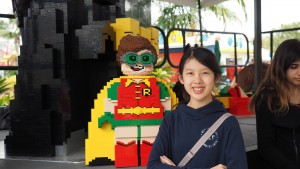 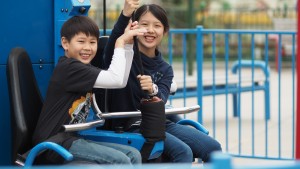 How many of you guys know that the new Lego Batman Movie was released on February 10, 2017? Yes, that’s right, and as a result, Legoland California is now hosting the Lego Batman Movie Days to celebrate the event. I heavily advise you to get your tickets now, because the event will only last from February 18-19 and 25-26!

Fortunately, two LaJaJa Kids Junior Journalists got the chance to participate in this event while it was still in progress on February 19, 2017. During that time, they were able to have fun in many special activities that were created especially for the Movie Days including character greet/meets and my personal favorite, the scavenger hunt.

In order to win the scavenger hunt, you are to follow a list of five clues that lead you to different places in Miniland. In those places, you will have to spot different minifigures that depict villains from the Lego Batman Movie like Joker and Harley Quinn. They will each be holding a letter that you later have to unscramble to uncover the mystery word. Once you find all those letters, there will be one blank space left. In order to uncover what letter goes in the blank space, you are told to download the Lego app, which is highly recommended. Not only will you get the missing letter, but you will also receive offers and discounts for restaurants and gift shops inside the park. After you unscramble the six letters that you found from the scavenger hunt to reveal a Batman-related word, you will be able to enter in a raffle, where you could possibly win a Batman set that includes a mask and several Lego sets. 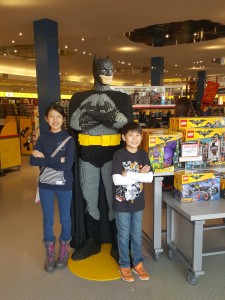 After the scavenger hunt, one of the journalists decided to participate in the Batmobile Build, where participants attempt to build a car that they will afterwards enter in a race of speed against other vehicles build by visitors. Although the small-wheeled mobile of the journalist didn’t win, he was still given a ribbon for participation.

Another very special event that the two were able to enjoy was the Mystery Mosaic Lego Build. The purpose of this was to have each participant complete a single tile that would be put together with others to complete a mural of a scene from the Lego Batman Movie. Since each piece of the tile was color-coded, everyone was able to assemble the tiles in a short amount of time. After completion, these were given to a Legoland employee, who would help fit your tile onto the right spot according to the number written on the backside. The final mural would be revealed at the end of the day. 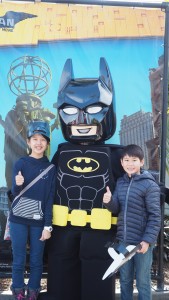 Last but not least, the journalists were able to engage in the Life Size Lego Character Build, where they were able to create parts that would soon be part of a kid-sized sculpture of Batman and Robin. Since nobody knew what to do, the staff members supplied the eager participants with an example framework, which the journalists would attempt to reconstruct, but with a different color.

If you go to Legoland during these Movie Days, not only will you be able to join in on these exciting Batman activities, but you will also be able to enjoy various attractions including the new Ninjago Ride. Just remember: In Legoland, fun is always there waiting for you. 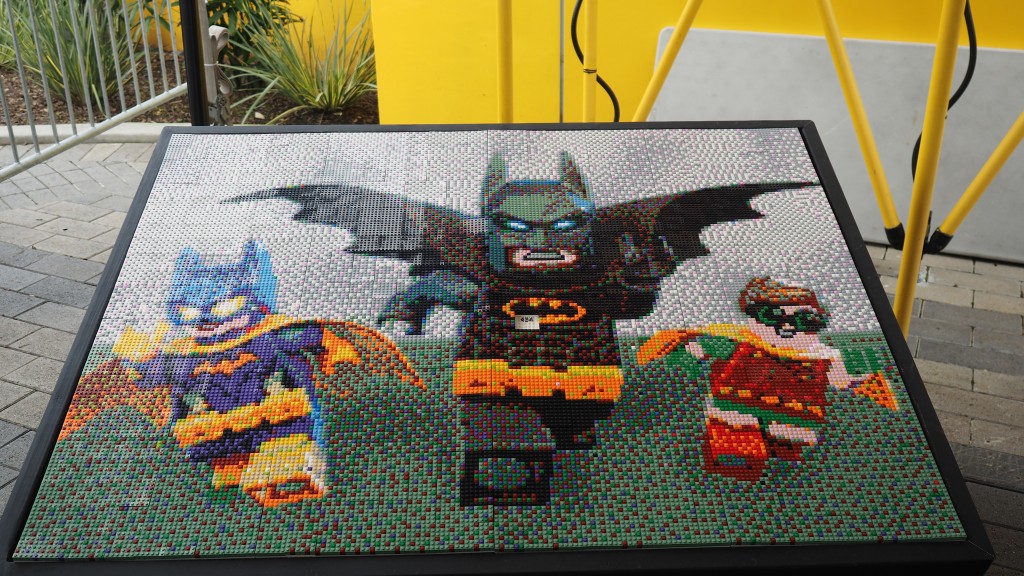 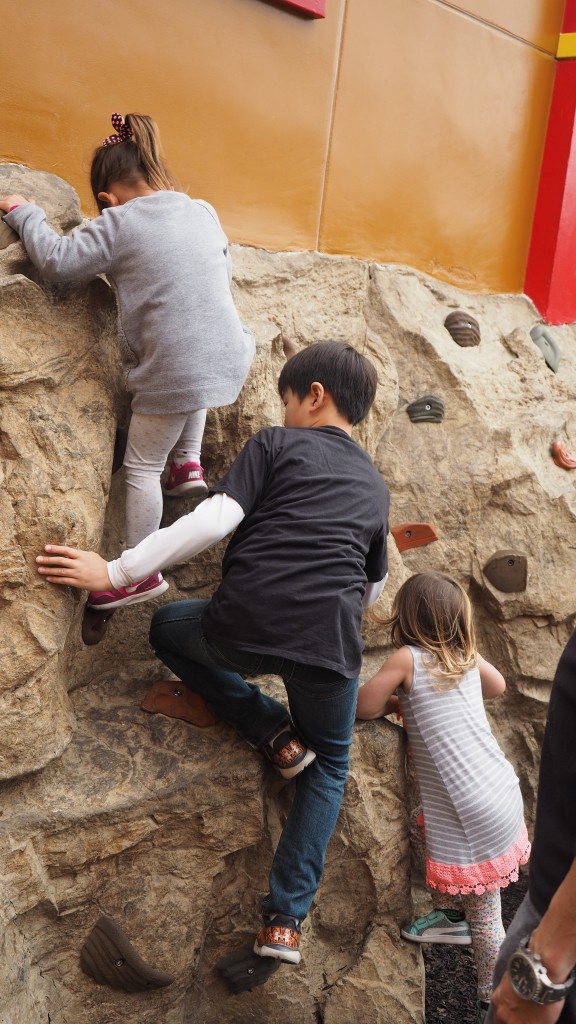 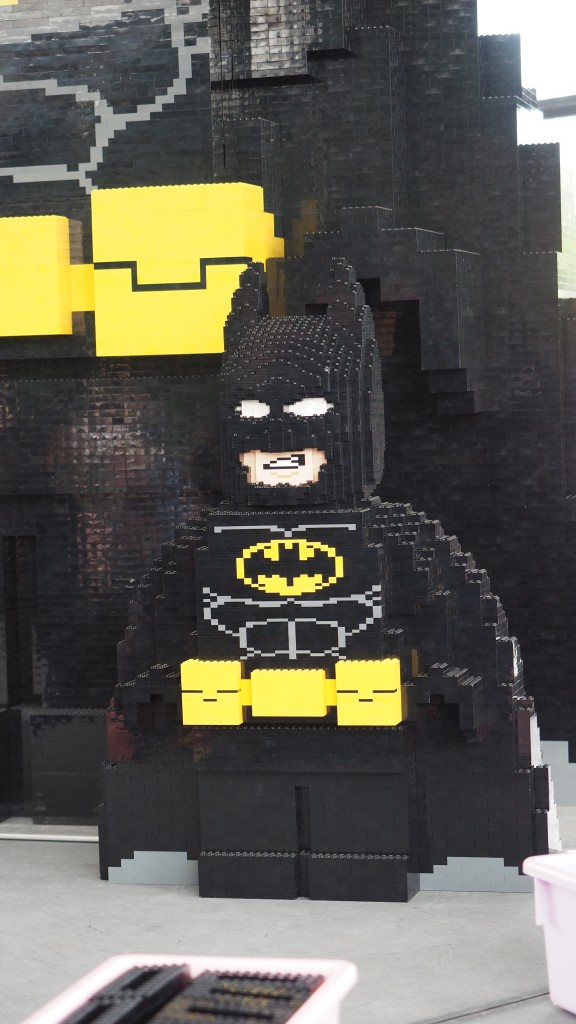 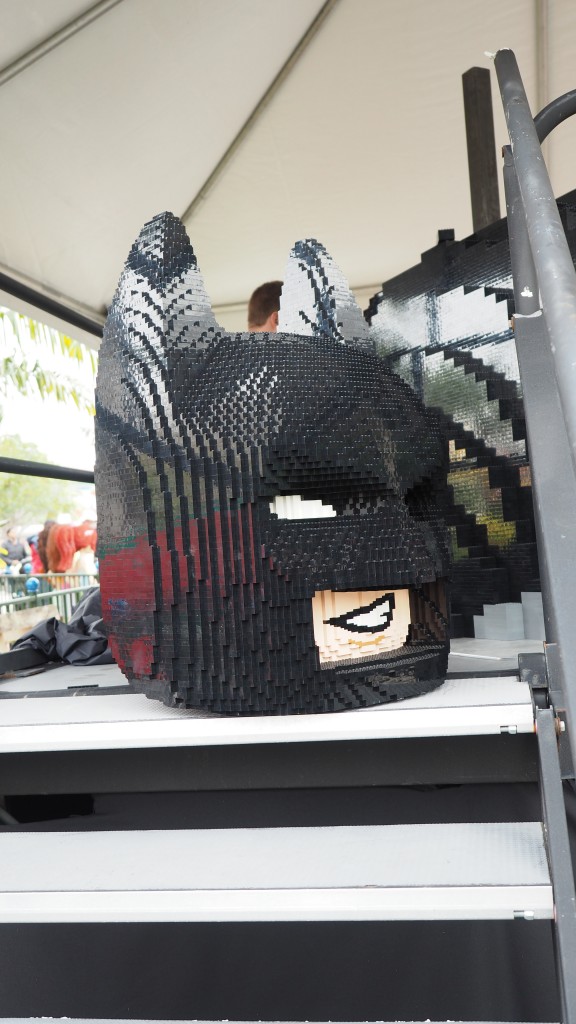 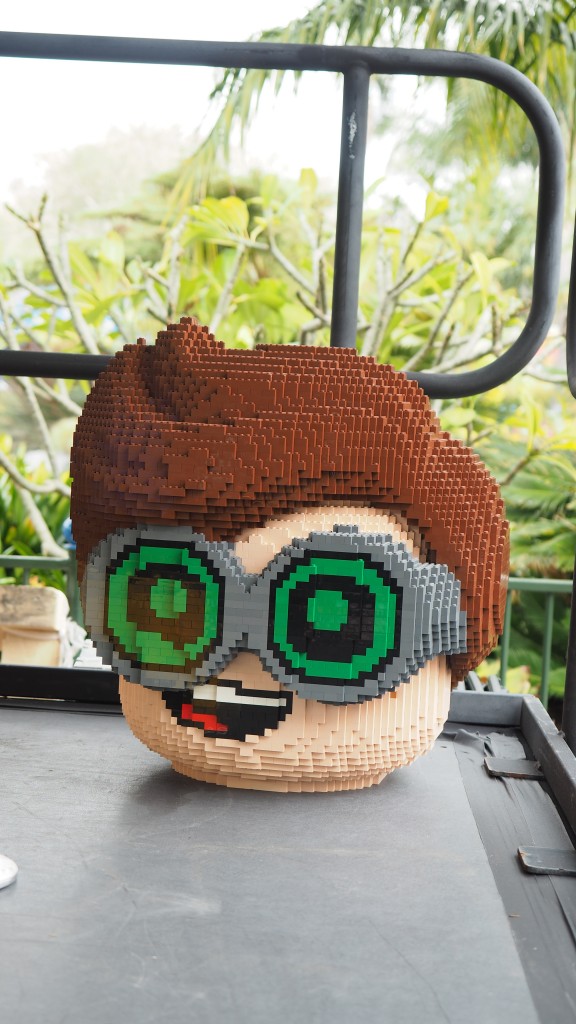 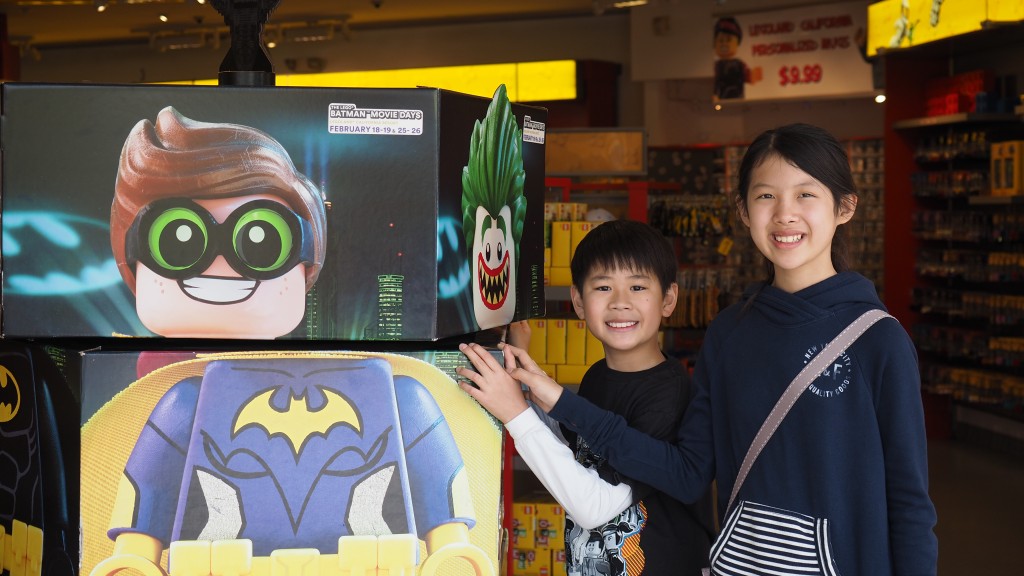 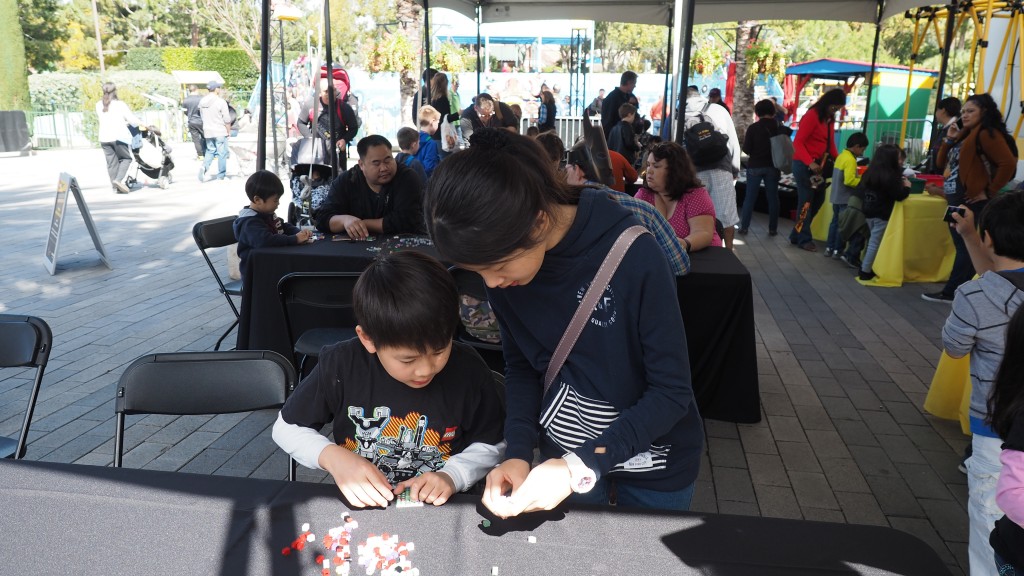 Next to fighting crime and stopping bad guys like The Joker from taking over Gotham City, the one thing LEGO Batman loves to do most is meet his fans. Join us for some adventure filled fun!

Build & Test Your Own Batmobile

*Event times, length of activities and dates are subject to change without notice. While supplies last.