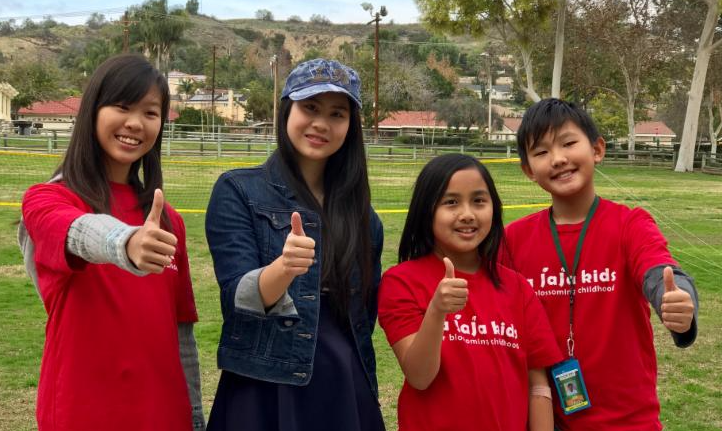 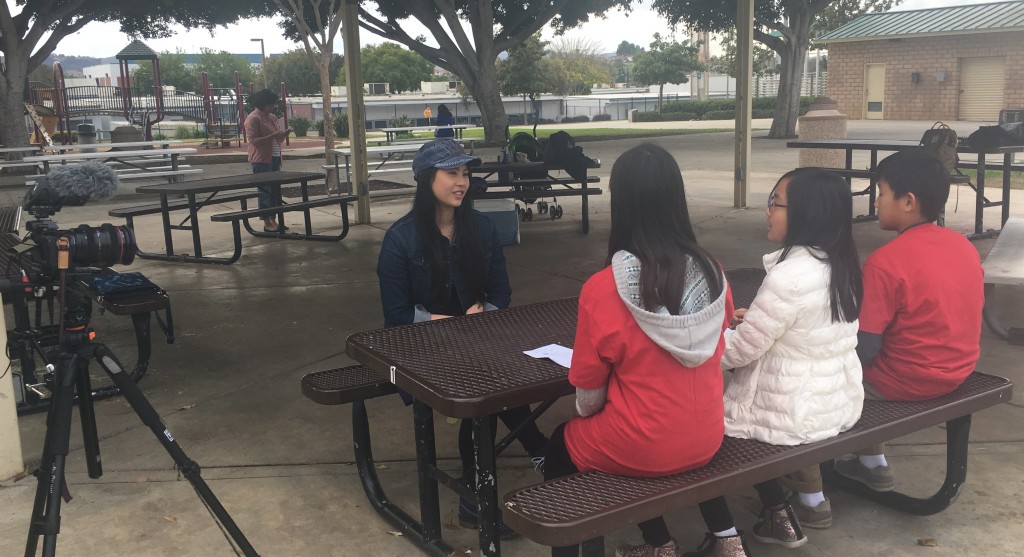 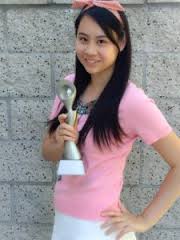 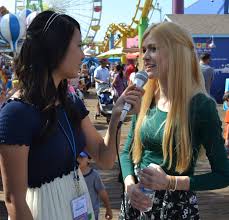 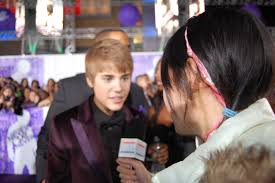 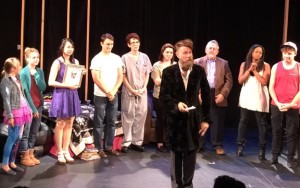 It’s not every day a journalist in training meets an award-winning journalist who started off her career as an amateur. This is the reason why I jumped at the opportunity to meet Cassandra Hsiao, who was once a Junior Journalist as well.

Cassandra is one of the most interesting people I have met. It’s not just the Gracie Award that she recently achieved or the fact that she has amazed Lin Manuel Miranda, playwright for Disney’s recent hit movie Moana.

It’s her amazing personality. She’s practical and humorous at just the right times. She knows how to handle a conversation. And she’s not nerve-wracking to communicate with. Cassandra Hsiao is adequate at journalism. And she started her career as a junior journalist, just like me. I think by following some of her footsteps a lot of kids like me can become more successful in their lives too.

At age eleven she began interviewing celebrities like Justin Bieber for the educational newspaper scholastic. Right from the start, her manner was very straightforward and it was easy to understand the main idea in her questions. She makes a great film critic. Cassandra is also a playwright and storyteller.

She’s a fangirl too, of fandoms like Marvel. She said she would love to interview Chris Evans, who played Captain America in Marvel’s Avengers. Cassandra said she doesn’t really do research on her favorite stars, but she watches their past productions. Somehow she manages to keep family, school, work and play all in balance. “Sometimes you have to decide which choice is best for you,” she told me. For her, family is the always the first priority.

Cassandra advises for all journalists to stay away from typical red carpet questions like ‘who are you wearing?’ Because when interviewing a celebrity, they should be credited for their work. Their designers are a different matter. She tries to find a unique question, something most people won’t think of asking but is interesting at the same time.

I think I’ve learned a lot from her. How to act in an interview, how to prepare, and even a little on how to organize my life. I think she is a really inspirational figure, and she is a great role model for blossoming journalists like me.

On January 14, 2017, three La JaJa Kids journalists, Jaslyne, Karen, and I met at the Suzanne park to interview a talented Journalist, Cassandra Hsiao. This gifted journalist is a BYOU magazine star reporter, film critic, a LA Times journalist, a poet, and a playwright. I was so thrilled to meet her. When we were interviewing her, she had huge smile on her face and answered all the questions we asked.

We talked about many interesting subject about her and the conversation led to movies subject. She would describe herself as a fangirl. As a BYOU magazine star reporter she was able to give interviews to a lot of famous people like Justin Bieber and Nick Vujicic. She also mentioned that some of her favorite movies were Captain America, Rurouni Kenshin, Peter Pan, and one of her favorite book series is Alex Rider. She defines success as doing what makes you truly happy. As for her, the success is following her passion creating stories and telling stories. Her secret is that you don’t have to feel obligated to confine yourself into what society says you need to be. For her it’s just going after it 100%.

When she started she was totally inexperienced and it took her hours to do her homework. She knows how to handle awkward moments and situations during the interviews and she always has a positive attitude. I need to always work hard and to try my 100% on everything. She is an such inspiration to me!

When Karen, Kyran, and I went to interview her, it was amazing to interview someone so inspirational. Interviewing Cassandra was like a dream come true. We knew that Cassandra was much more professional than us, and I felt nervous that we would be criticized because we had less experience. But, Cassandra gave us many great tips on how to improve. She told us that we should always research before an interview. Also, to try to find out the most you can about the interviewee to ask the most interesting questions. Did you know that Cassandra also is a movie critic? Her favorite movie is The Avengers, because they are brave and help save the world. I think it would be cool to watch movies for work and write about them! She is just a normal 17 year old, no matter everything weighed down on her shoulders! She also is a Los Angeles Times High School Reporter! To top it all off, when she went to the press release of Moana she rapped a question to Lin-Manuel Miranda!! Talk about awesome! Cassandra Hsiao also goes to the Orange County School of the Arts, and it is an amazing school to go to. Cassandra has a lot of jobs to fulfill!

Cassandra had so many great experiences at only 17 years old, and I hope to be like her when I’m older, being a movie critic. Having so many responsibilities must be difficult! Imagine balancing your job, family, friends, school, and college applications all on one plate! Although it is hard, becoming a Scholastic Journalist, and a Los Angeles Times High School Reporter would be amazing. Also, Cassandra is so brave and confident when confronting the interviewee, and her interviewers. I was always so nervous and anxious before meeting Cassandra, so I always feel shy when with the interviewee(s). But, after meeting Cassandra, I hope I can become more like her and be confident when coming into interviews. Cassandra is a great role model for everyone, showing that you can do anything at a young age, as long as you work your hardest and try your best. She shows that someone can be tough and confident, but still kind to others, which is important as well. I worry that I am not confident enough, and that others will laugh at me for my silliness, but Cassandra has taught me that I should not be afraid and that I should have confidence with me wherever I may go.

In conclusion, interviewing Cassandra was an amazing experience, and I really hope that others can follow her footsteps and be kind, but still confident in themselves and what they believe in. Cassandra is someone to look up to, and she is always going to be willing to give advice.