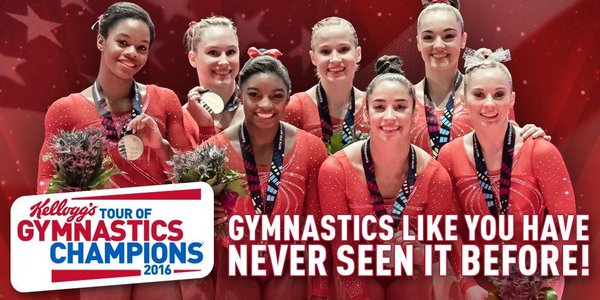 The 2016 Kellogg’s Tour of Gymnastics Champions will visit 36 cities, both large and small, across the nation. The Tour will showcase gymnasts from the 2012 and 2016 Olympic Games, along with well-known names from the sport. 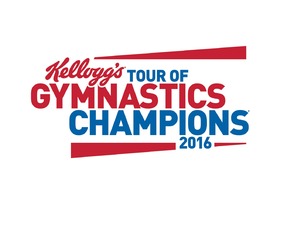 The Tour will celebrate USA’s athletes’ success in Rio, as well as what gymnastics means to kids and fans of all ages. This will be a special opportunity for fans across America to see the USA’s best-known and well-loved gymnasts.