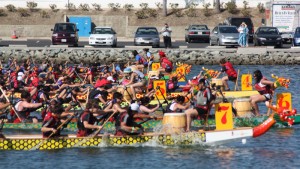 La JaJa Kids junior journalists Ryan and Kyran witnessed a day of totally awesome international dragon boat races at Long Beach this summer. Though the weather is a *little* hot, the passion of the racing paddlers was stronger than ever!

Not only did we learned how to paddle from professional paddlers, we also interviewed the international dragon boat team from Trinidad and Topago, and talked with some 11-year-old dragon boat paddlers, and enjoyed a totally fun day! 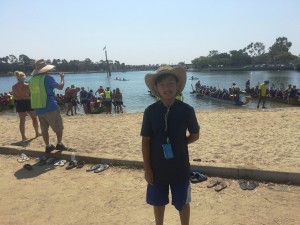 On July 31, 2016 3 junior journalists Ryan, Jaslyne and I went to Dragon Boat Festival in Long Beach. We would interview 3 Dragon boat captains and learn how to paddle a dragon boat! When we arrived I was amazed by how many boats were there! .The dragon boat race is held in Lake Gregory. There are over 200 teams and each team has two tents for their team. So that means there are over 400 tents!

The first team we interviewed was from UC San Diego Dragon Boats. We learned how to paddle from the team before the interview. The first step was left hand straight, right hand loose, left hand at the bottom and right hand holding the top. It was very important for the team to row at the same time and they practice twice every week, Saturday and Sunday. The reason why it’s important to paddle at the same time it’s because of the timing and teamwork will make the boat go faster.

The Second team we interviewed was from the Pans and Paddles. They comes from Trinidad & Tobago, a twin-island country in the southern Caribbean. The coach Keith told me the hardest part for the team is that they have to practice in the Caribbean’s rough seas and the big waves, they call it survival paddling. Also, What is important about coaching is that he does not care about the team losing or winning, what he cares about is seeing his team doing the best they can.

The last team we interviewed is called the Oyster Point Dragon team, they are from San Francisco and they are a youth team who used to watch their parents compete in the dragon boat race. They were wearing an unique uniform, the teammates were wearing shark hats and the leader was wearing a cute squid hat!

Going to the Dragon Boat Race was a great experience! I would like to be a steerer! Maybe next year I can be on a dragon boat team. It was so fun watching all of the Dragon boats racing each other. Thank you LaJaJa Kids! I have learned a ton! 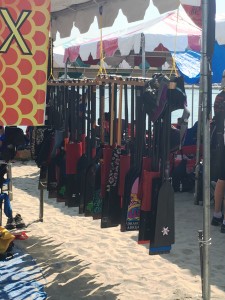 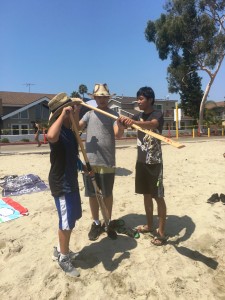 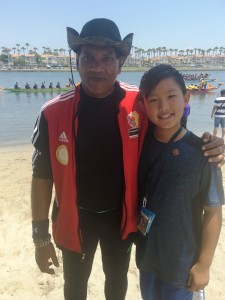 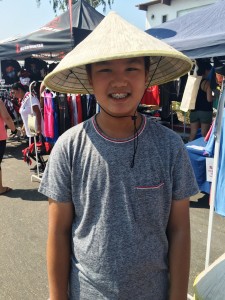 On July 31, 2016, three junior journalist, Kyran, Jaslyne, and I, went to the Long Beach Dragon Boat Festival. There were over 200 teams racing in this event. We interviewed team captains, asking about the competition and their experience. We even got to learn how to paddle the dragon boat!

The first team we interview was the UCSD team. Before the interview, we learned how to paddle. The first step was to stick out your arm and hold the top of the paddle firm. Then, you pulled your paddle down in the water while turning your body. You keep repeating the pattern while following the captain’s timing. If he goes faster, you go faster. This made the team paddle together. Every weekend they practice in Long Beach with the whole entire team. They get a boat out and practice like they are actually racing in a competition. 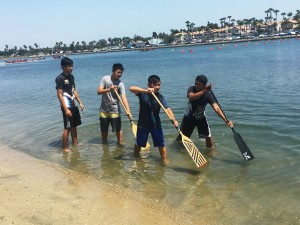 There are important requirements to row on a team. The two most important ones are timing and having a good team. There are 20 people on a boat, paddling at the same time, which require good timing. Also everyone needs to use the same stroke and same power. If one person makes a mistake, it throws the whole team off. Three important words for the Dragon Boat Race are endurance, timing, and speed. It is important to practice every week to make a good team. The teams could not bring their own dragon boat, so they each got a dragon boat from the festival.

The next team we interviewed was from Trinidad and Tobago. It is a country in the Caribbean Island. They practice in the rough waves of the ocean, which makes it harder to paddle. The team has been to many international competitions. They have been to Long Beach, Canada, Florida, and Hungry. They Competed in the women’s rowing finals, figuring they had more. As well as the 200 meter race and the mix events.
The growth of the Dragon Boat sport in expanding. There were so much interesting facts and Chinese culture I learned out there today. My right arm was sore after five minutes paddling. I can’t imagine entire team have been paddling for six hours every weekend. There were many creative and colorful boat paddling the river. Next year I hope to create my own team for a dragon boat race. 明年再见! 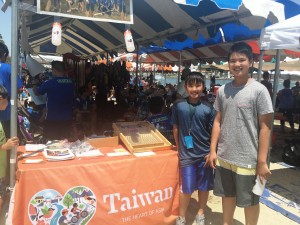 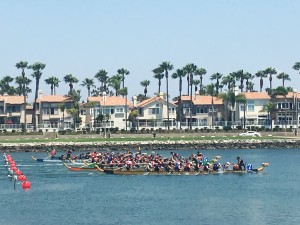