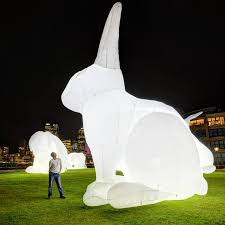 For its national tour of Intrude, Arts Brookfield commissioned two giant rabbits, each scaling over two-stories in height, with one approximately 39 feet high and the other 39 feet long. These rabbits will join Intrude’s five original sculptures, which have brought a joyful spirit to more than 19 major cities throughout the world, including London, Perth, Paris and Boston. The New York launch of the installation marks the one-year anniversary of the reopening of Brookfield Place New York and celebrates more than 25 years of Arts Brookfield’s animation of non-traditional spaces with world-class arts and cultural experiences that are free and accessible to the public. 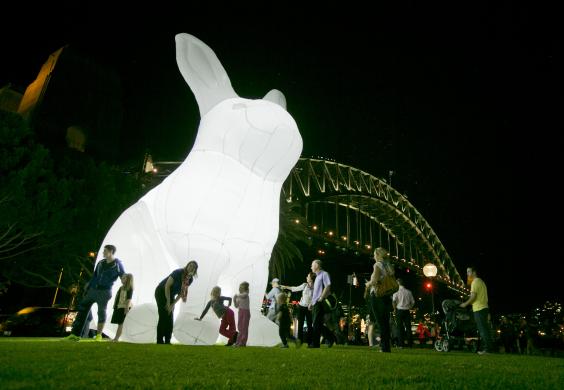 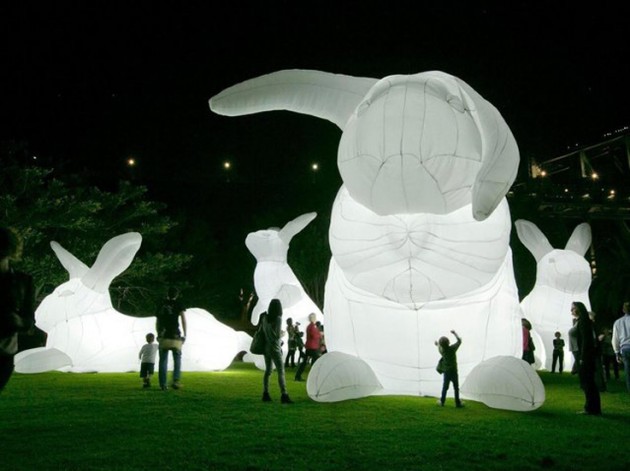 “A light installation of giant inflatable bunnies is touring North America, just in time for Easter. Intrude is by artist Amanda Parer, who wants to invoke the childhood fairytale associations of bunny rabbits, but imbues the work with a darker subtext. “The rabbit is also an animal of contradiction,” writes Parer in her description of the installation. In the artist’s native Australia, rabbits are pests introduced by white colonialists and whose population soon became entirely out of control, decimating many native plant species. The installation arrives in San Francisco next week, and will spend the spring and summer New York, LA, Houston, and Colorado.: Creators Project