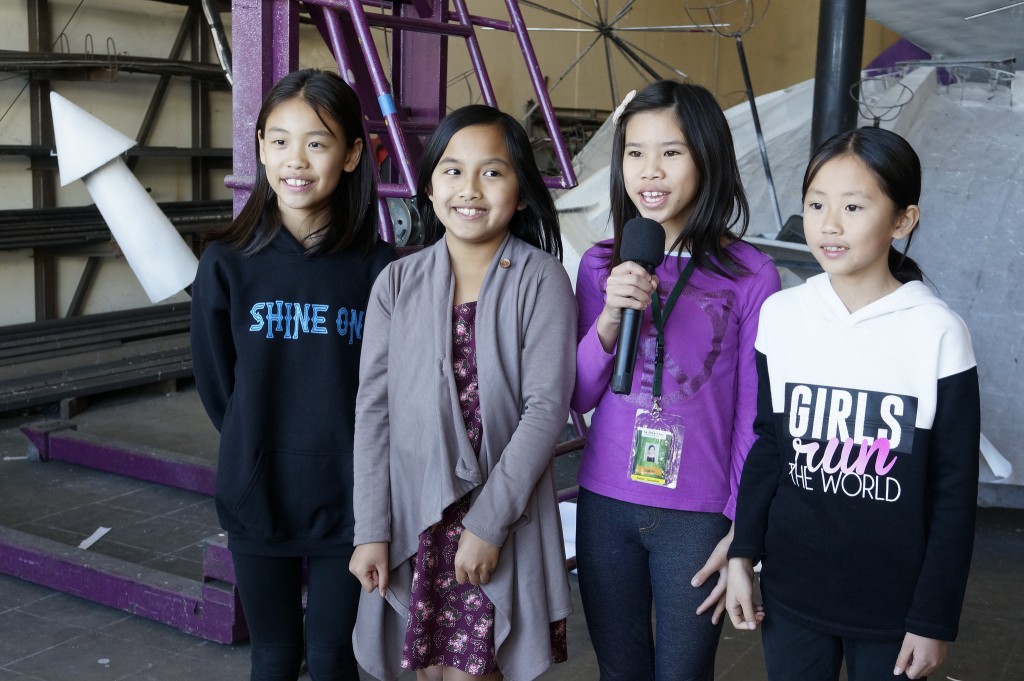 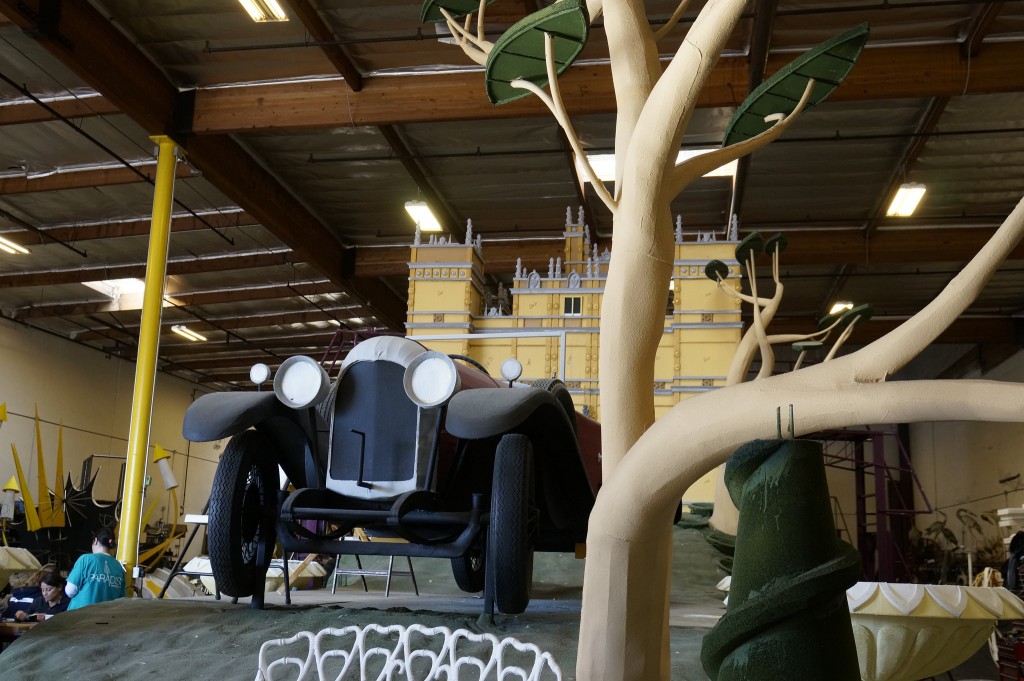 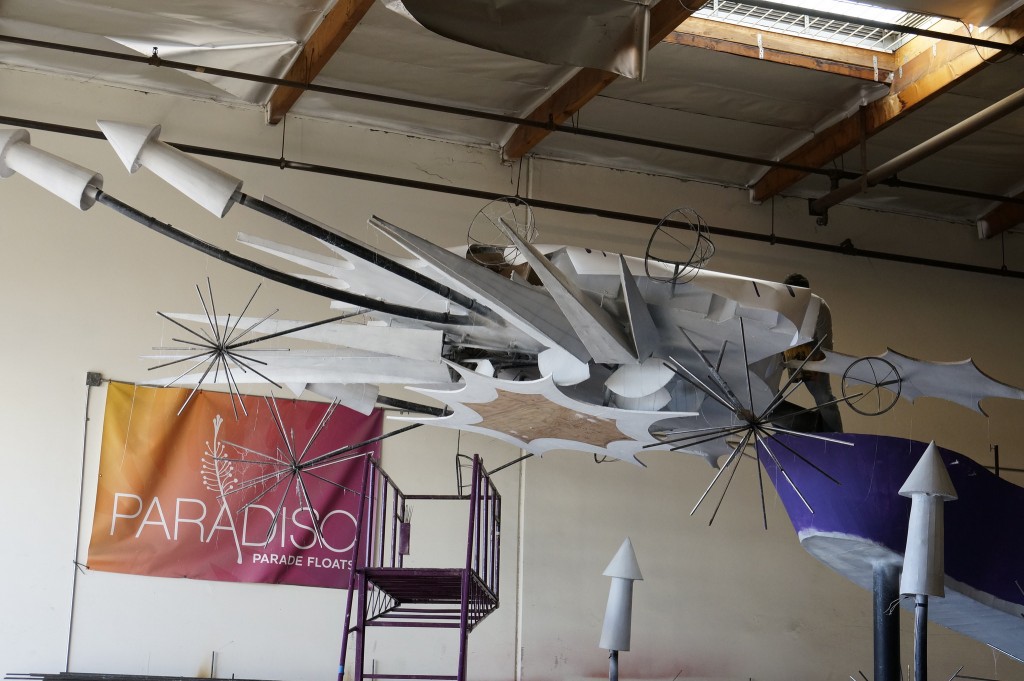 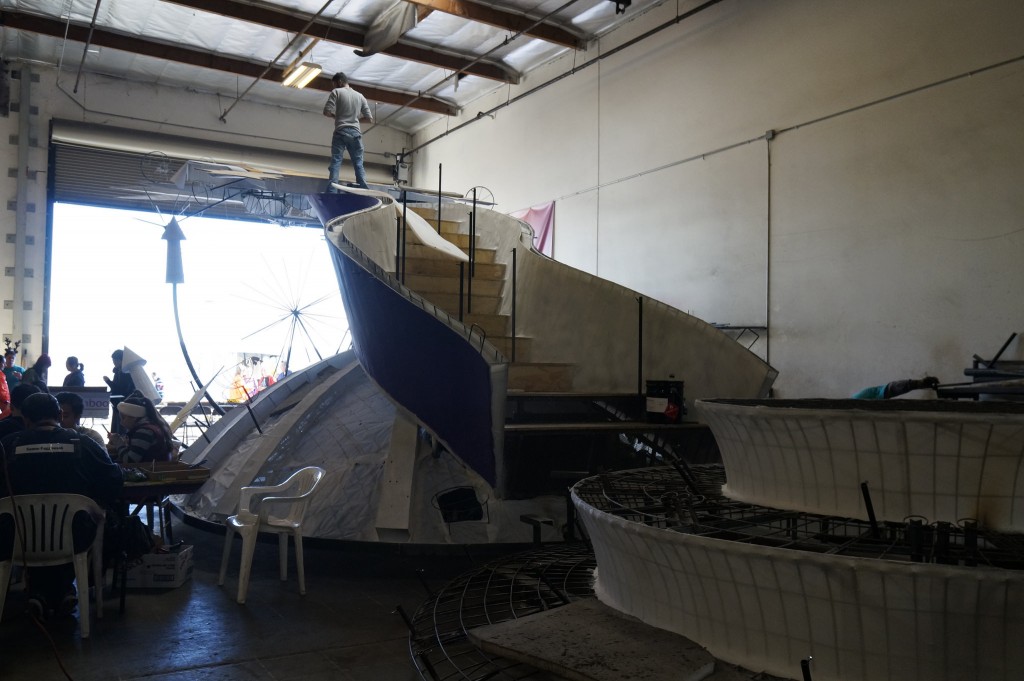 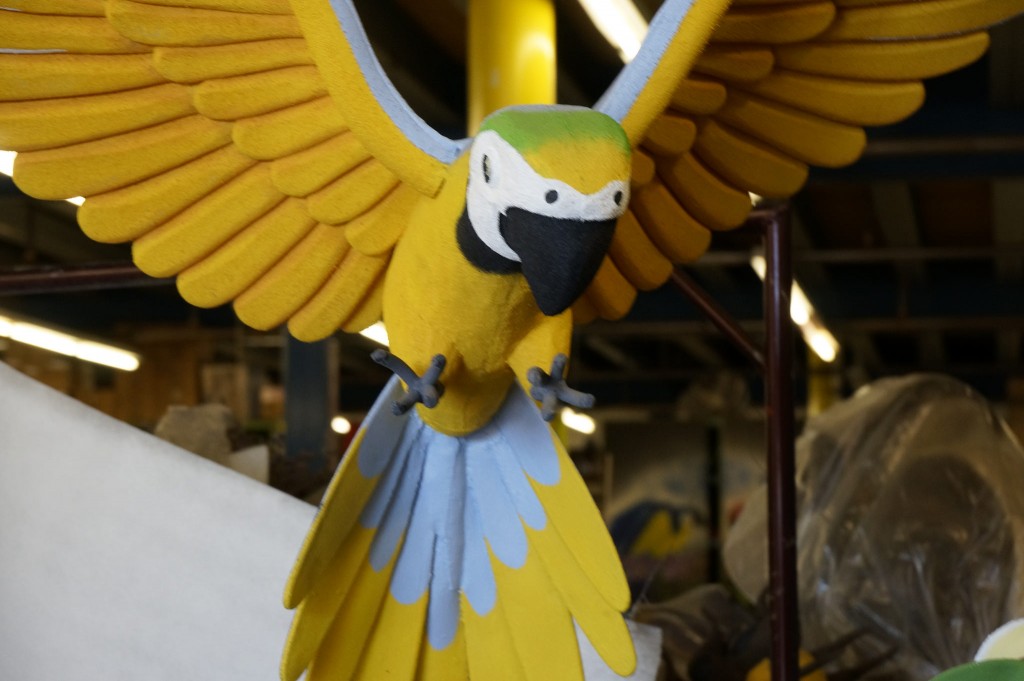 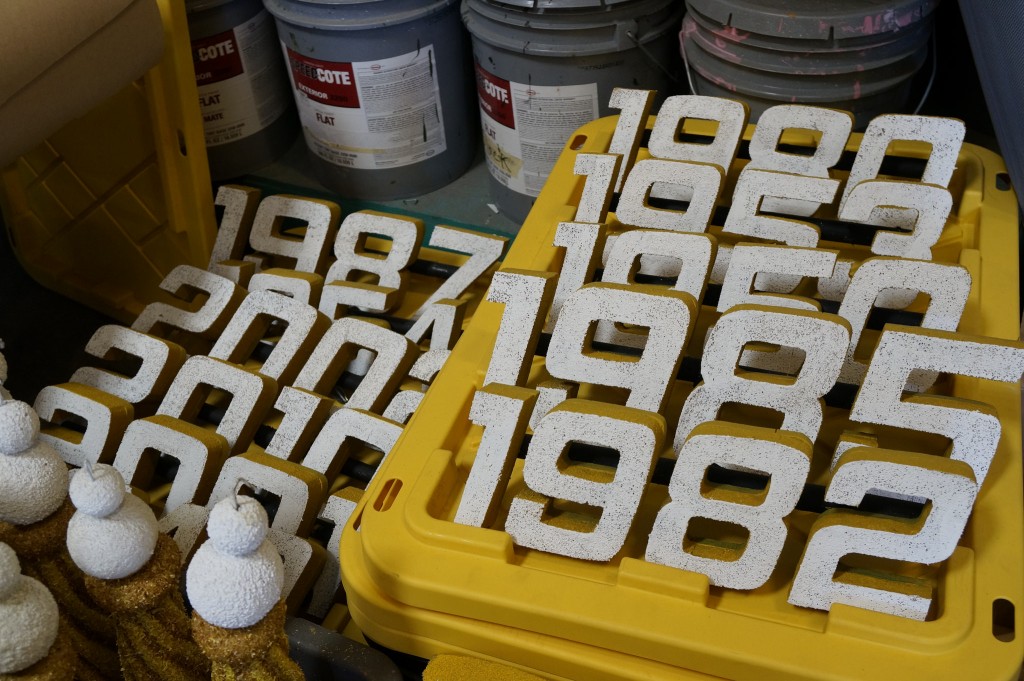 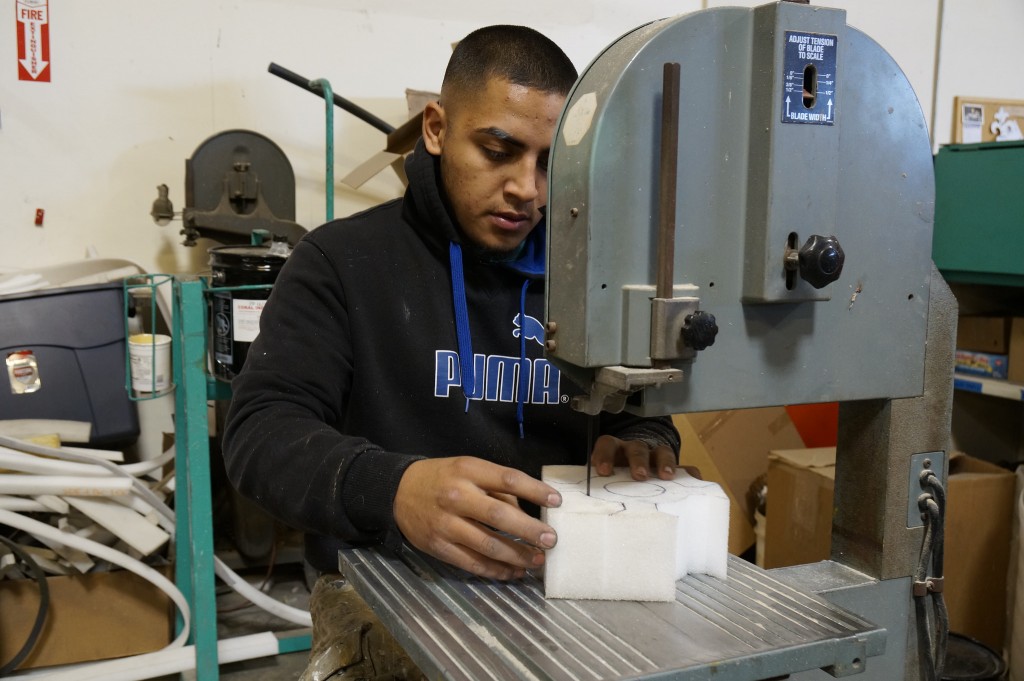 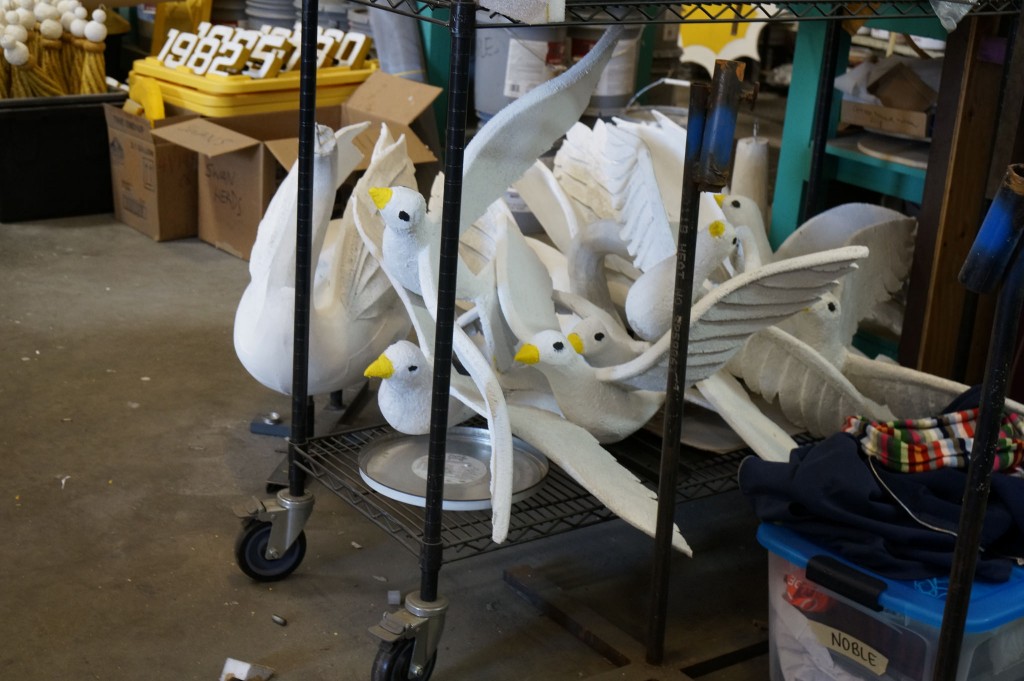 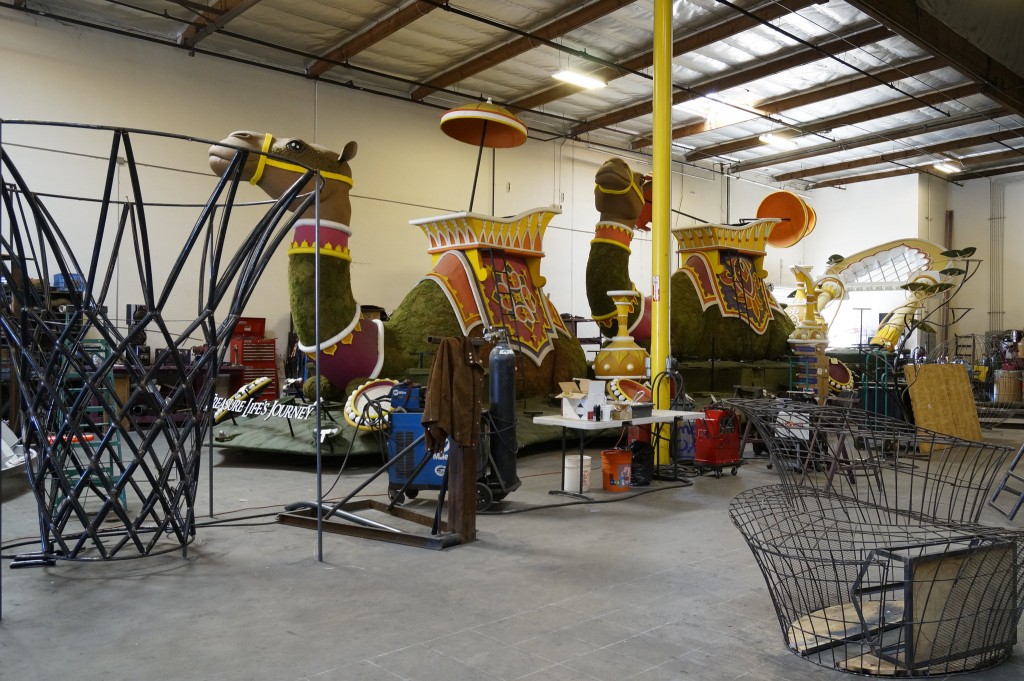 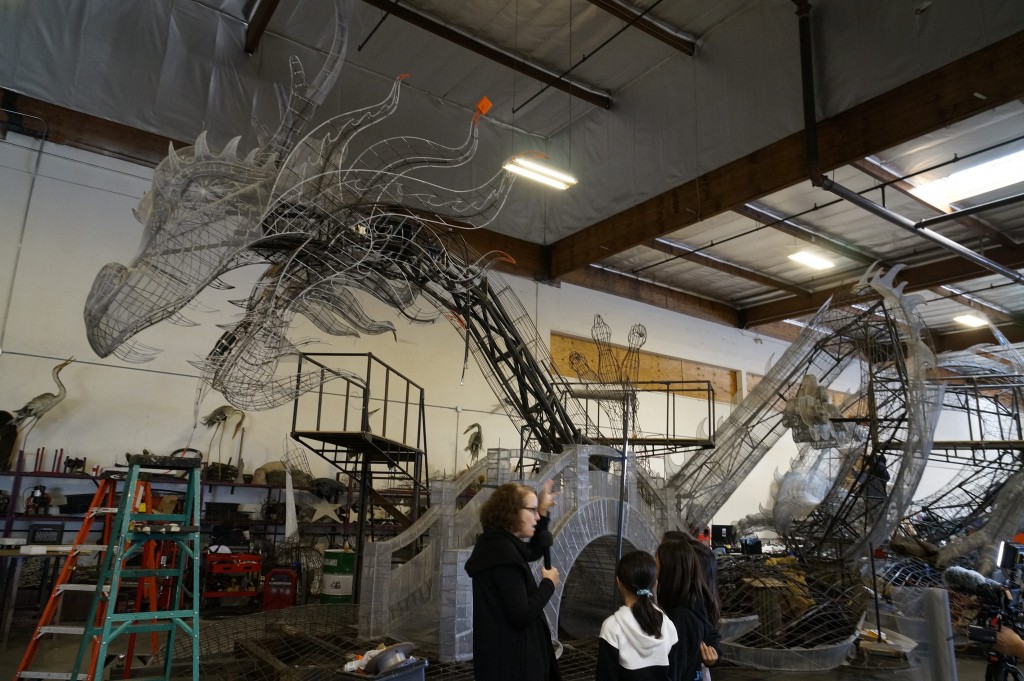 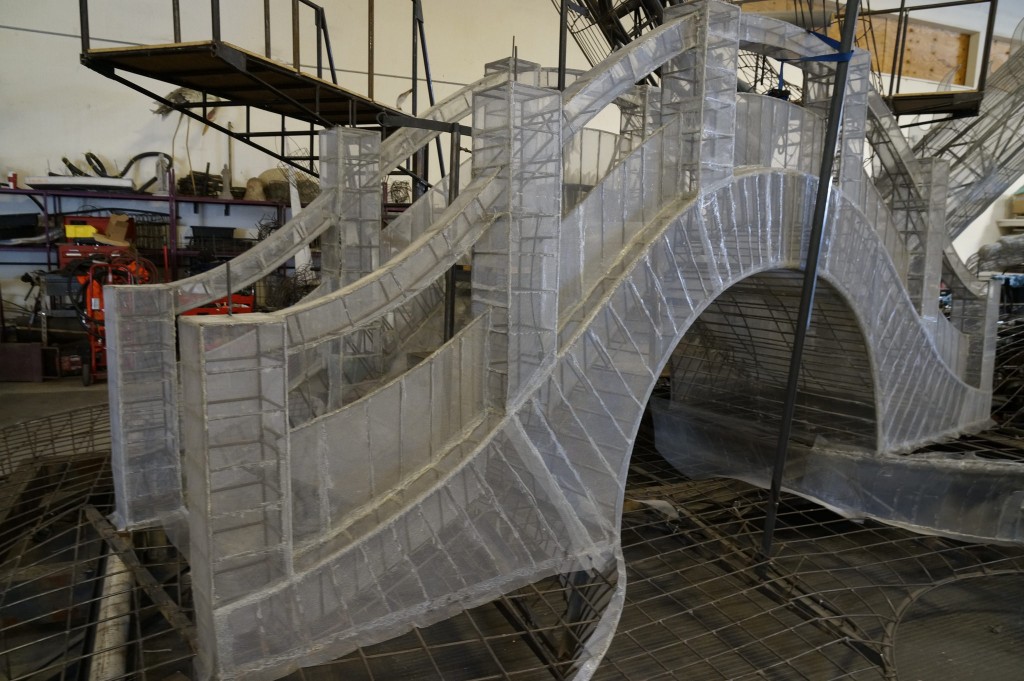 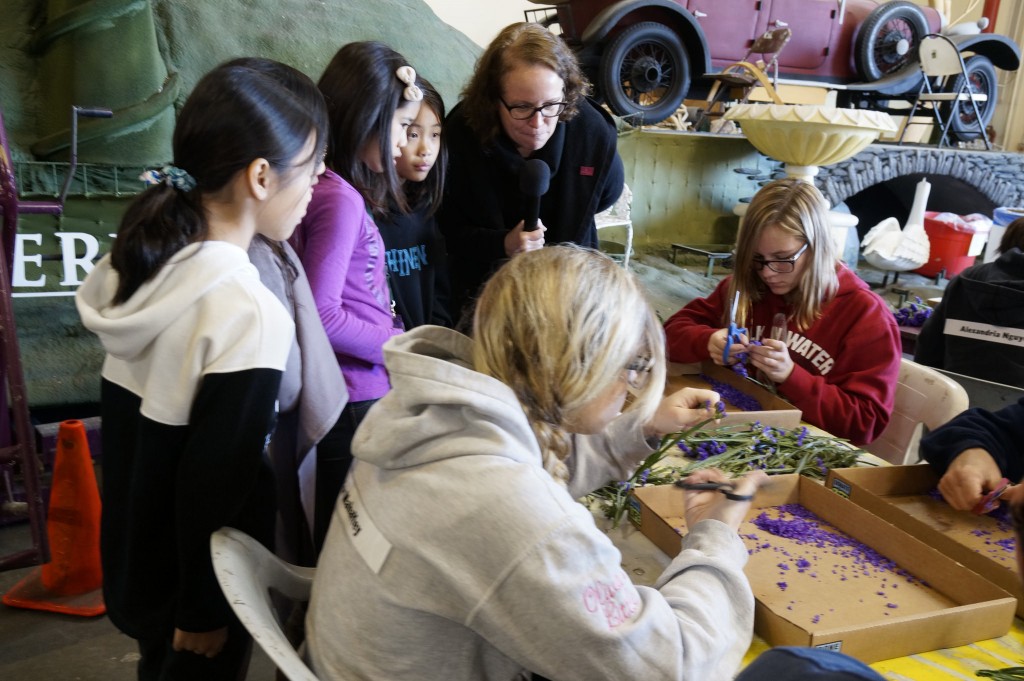 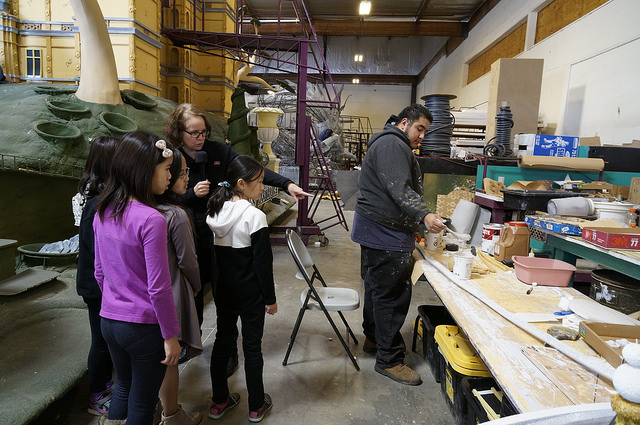 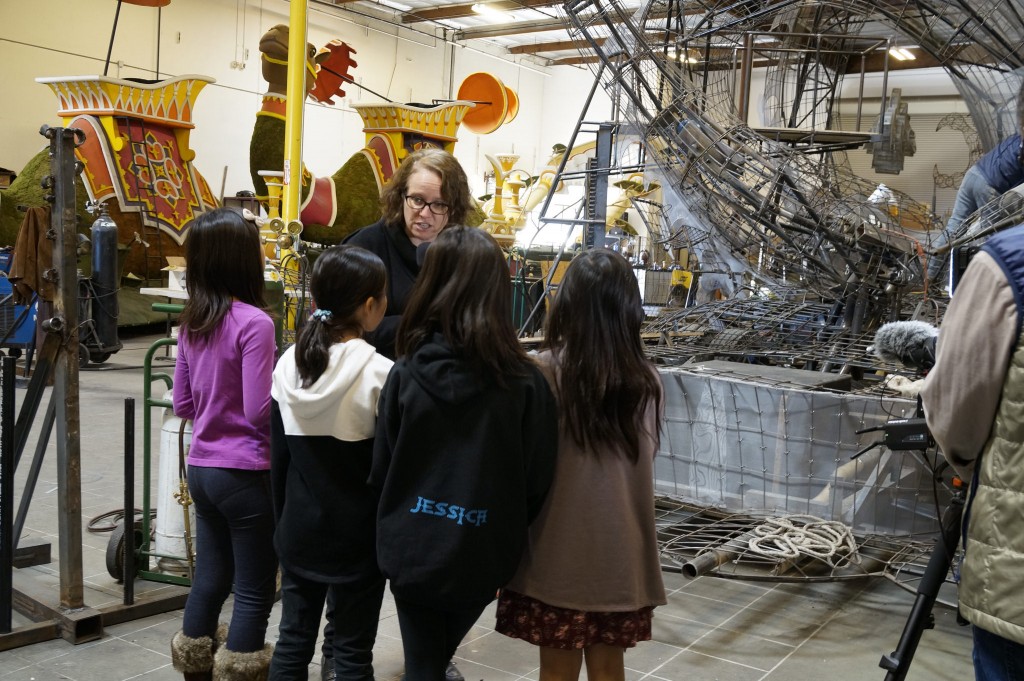 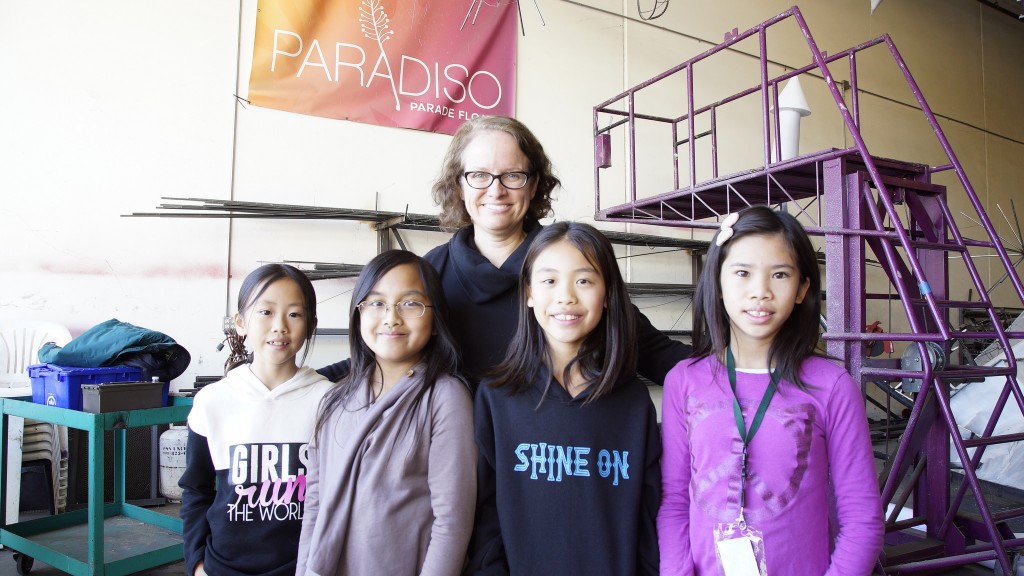 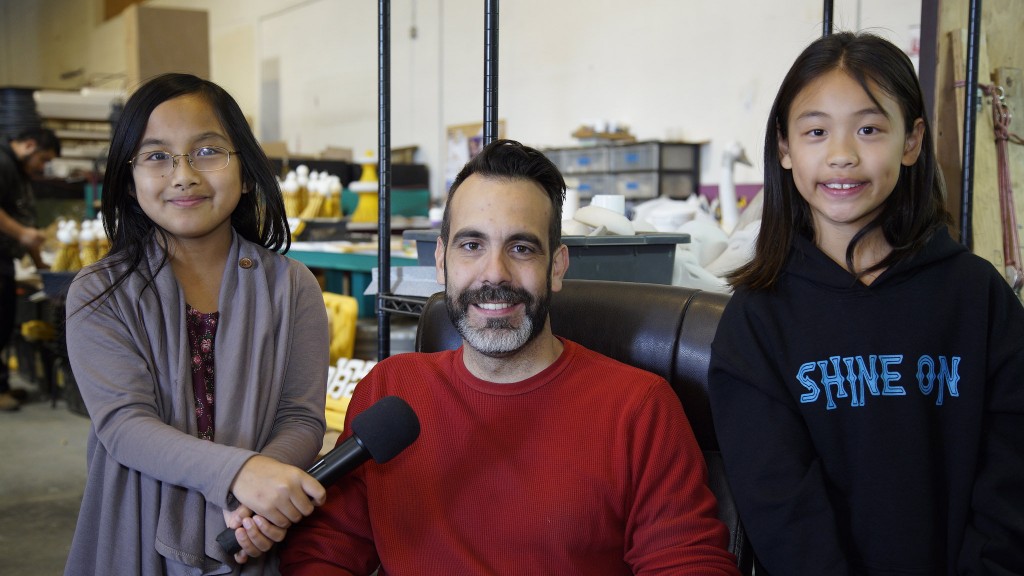 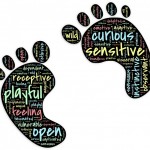 Ever heard of the Tournament of Roses Parade? Well, you must have  been in a cave for the past 100 years if you haven’t. I actually got to see some of the floats that will be in the Rose Parade. Well, part of it anyway .I got a sneak peek of some of the floats before January 1st which is when the Rose parade officially begins! Here’s the scoop. On December 12, 2015 our LaJaJa Kids junior journalist team was invited to go to Paradiso, a company that designs some of the floats in the Rose parade. Here’s some background information about Paradiso Parade floats. Paradiso has been in business for over 20 years and is owned and directed by Charles Meier. Mr. Meier also designs the floats that his company manufactures. He started designing floats when he was 9 years old. He made his first float when he was 13. He got the award for youngest float designer.

Jaslyne and Jessica interviewed Mr.Charles Meier while Jessie and I interviewed Ms. Gwen Robertson. Her role in Paradiso is to be in charge of the writing and advertising for the company.Ms, Robertson told us that can take months maybe even years to sketch and manufacture a float. That is a really long time!

We got a tour of the Paradiso facility guided by Ms. Robertson. We saw all the floats that were in the process of being manufactured. There was one particular float that interested me the most. That was the Lakers float.There was a big metal basketball and hoop that was going to be put on the float. The Lakers cheerleaders will be on the float and maybe even have the great Kareem Abdul Jabbar on there. Kareem Abdul Jabbar is a retired Lakers star player who played for the Lakers for 20 seasons. I would love to see him on that float on January 1st at the Tournament of Roses (FYI, I’m a huge Lakers fan).

After the interview, all 4 junior journalists even got to participate in cutting the flower petals.Those flower petals will be used on their floats for the Rose Parade. It sure was a lot of fun, but just not sure if I cut right!

Going to Paradiso was a fun and educational experience. I learned that it’s not easy to build a float. You have to get every single detail of the float. Make sure to come to Paradiso to check out the floats!