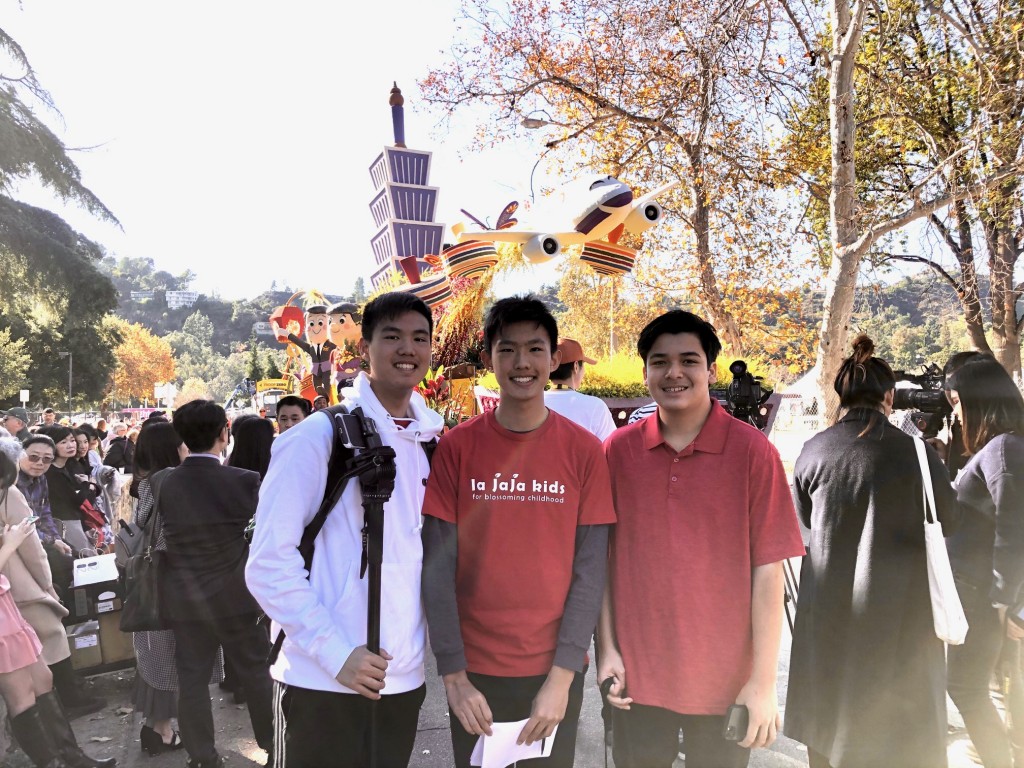 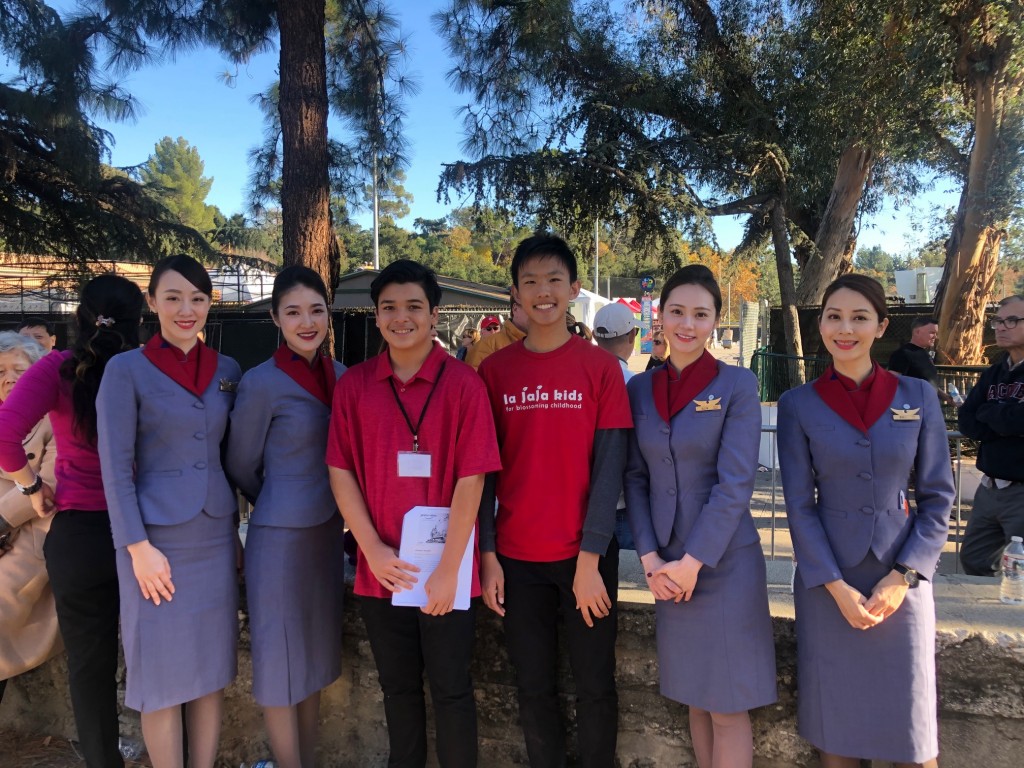 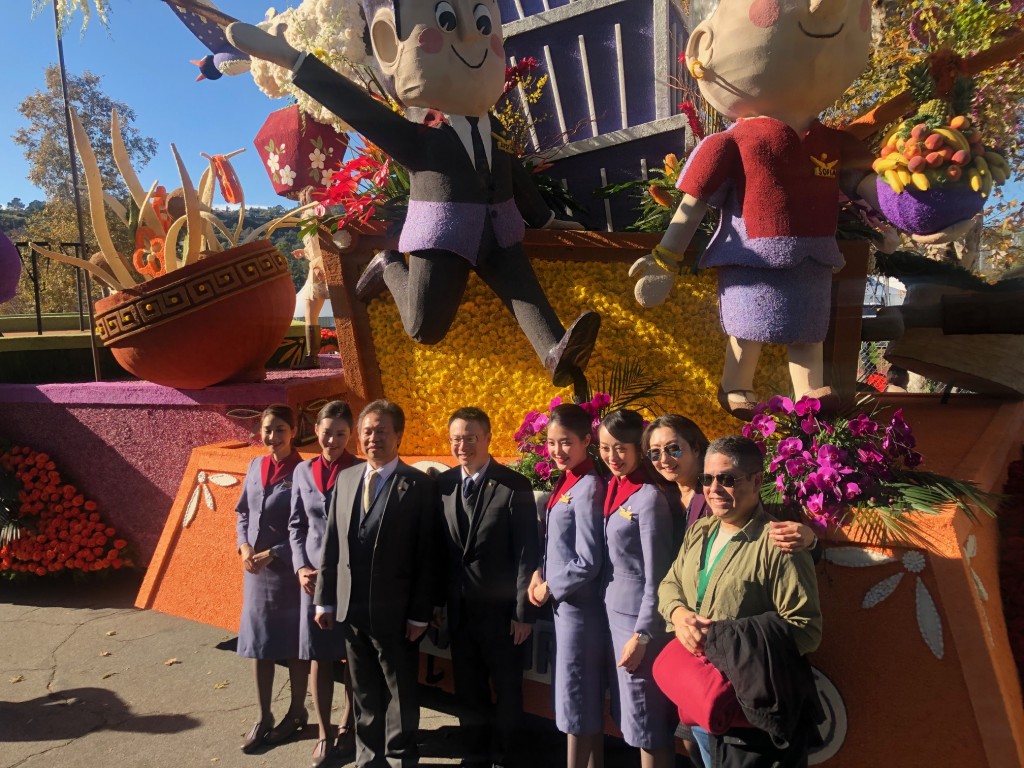 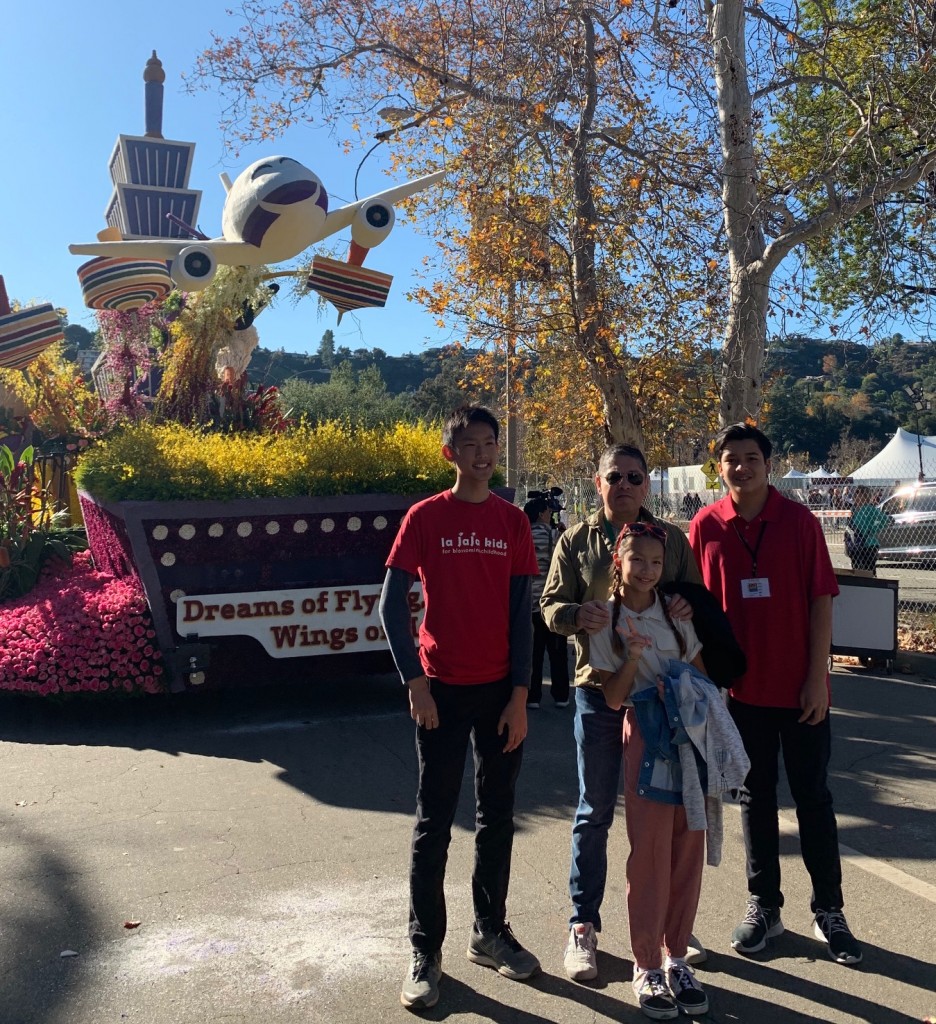 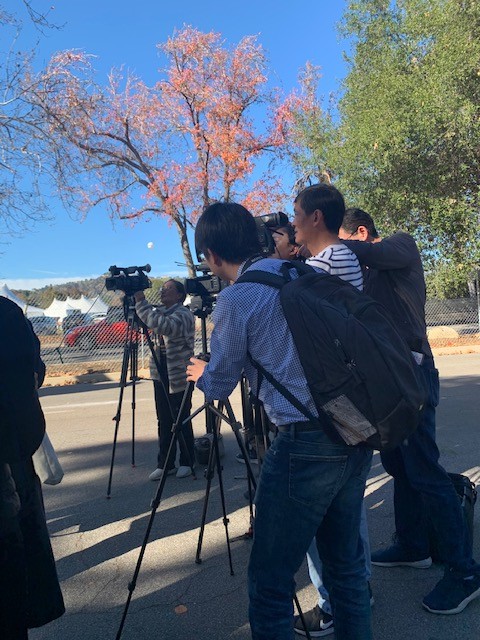 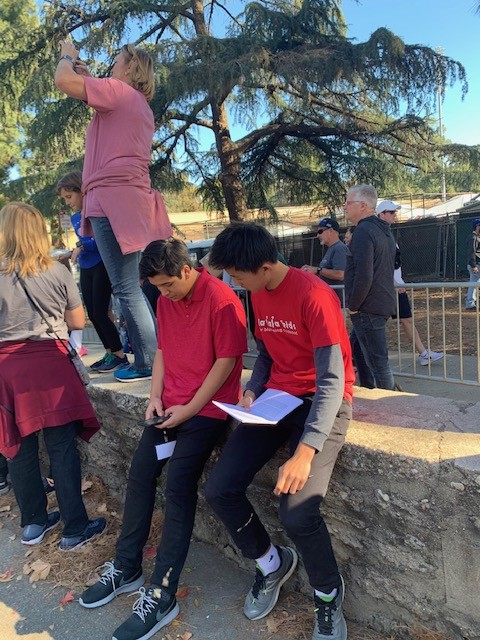 With the passage of 2019, the decade has now come to a close giving rise to year 2020, and our entry into a new decade. To begin this new year, the  annual Roses Parade leads us into this next decade with the parade theme “THE POWER OF HOPE”. This theme is meant to communicate that what is wanted can be attained. (tournamentofroses.com)

This year is the 131st running of the parade. On New Year’s Eve LajajaKids junior journalists visited 5 floats: Amazon Studios , Blue Diamond Almonds, China Airlines, Honda, and Pasadena Celebrates 2020.We also met and spoke with float designer John Ramirez his daughter Sofia Ramirez, and various float performers. In the course of our interview with John Ramirez, we learned several interesting facts.  John is the float designer for Artistic Entertainment Services and he designed the Rose Parade float for China Airlines. This year the float includes elements from Taiwan. China Airlines officials approached John and told him they would like to have a music box as part of the float. Immediately he knew what they were referring to because in his past travels to Taiwan he saw that music boxes were a significant part of the society in that they were in airports, malls, and various public areas. The float include a toy plane with the China Airlines logo on it, and food from Taiwan, lanterns, and at the center of the float is the Taipei 101 building. These are things that not only Taiwanese people would recognise, but also people from around the world.

Later on one more float was being brought out but we had already left by the time it came out of the assembly area.The day was exciting and informative. We took videos of the different floats and recorded the China Airlines performance.

While there, we had the opportunity to ask float assembly personnel questions about their particular float and what kind of message they’re trying to convey, what type of material and flowers the float is made of, and what is their opinion regarding the floats design.

Being so close to the floats was amazing because you could really see all the fine details and workmanship on the float. It’s hard to tell from a quick glance but if you looked close enough you could see small little things put on the floats that you wouldn’t notice by just glancing through it quickly. It really shows how much effort was put into each and every one of these floats.

If you didn’t get a chance to see the Rose Parade this year, you should definitely go next year because the Rose Parade is a great experience. If given the opportunity to report on the floats again, I definitely would because each year every float is so creatively beautiful and unique the experience would necessarily be new and unique! You can find more about information to see the floats next year  https://tournamentofroses.com/events-calendar/post-parade-a-showcase-of-floats/ 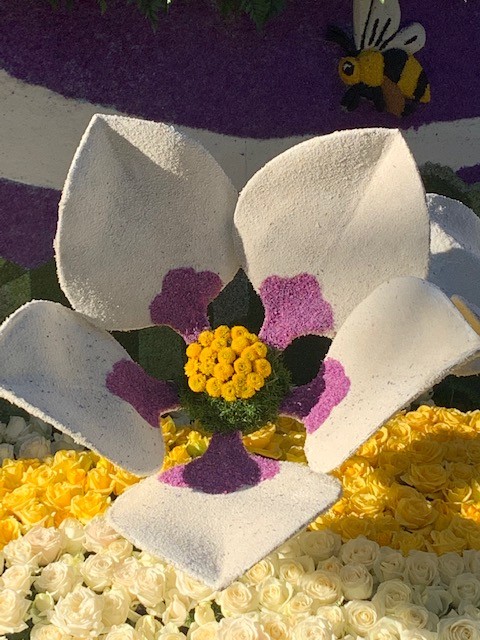 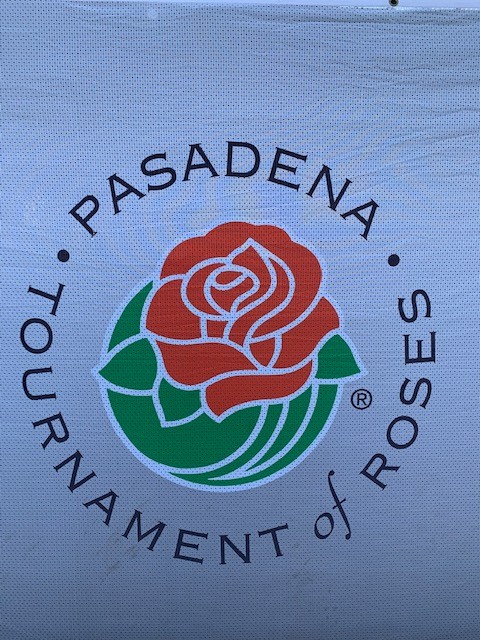 The sun was shining, the streets were crowded, and people were snapping away with their cameras. It was the day before the 131st Annual Rose parade! When I first got there, I was amazed! This was my first time attending the Rose Parade on New Year’s Eve! There were humongous floats that were filled with flowers, plants, seeds, nuts, and even fruits! Dozens of volunteers were rushing around carrying trays of flowers and seeds, giving the magnificent floats their finishing touches.

We then approached the float we were going to see, China Airlines’ float, called “Dreams of flying, wings of hope.” The float consists of many items that showed the characteristics of Taiwan, which included beef noodle soup, mango ice, matcha green tea, Chinese lanterns, and much more. The meaning behind this was explained by the float designer Mr. Ramirez, in which he stated, “ Hopefully these are things that not only Tawainese people will recognize, but people around the world.” What he is trying to explain is that he wants other people to know about Taiwan and it’s customs, rather than just Tawainese people. This float was my personal favorite because it had a lot of things that I recognized and liked, like the beef noodle soup! One thing that I found very interesting was that the floats couldn’t pass a certain height because of underway on the Rose Parade.

We also cover a couple of other floats other than China Airlines’. One example would be Blue Almonds’ float, called “Almond Breeze, the Best Almonds Make the Best Almond Milk.” The float was covered in blooming almond trees and a huge carton of their famous almond milk. I choose the Blue Almond’s float after China Airlines’ because I thought it was the most detailed out of the rest of the floats. I thought all the pieces of the trees were planned with precision and detail, from the bees, to what type of plants they used for the bark of the tree trunk.

Going to the Rose Parade was a new and exciting experience for me. I was amazed at all the companies’ creations that were filled with flowers, seeds, nuts, and plants. Being able to see the final preparations of the Rose Parade wowed me. I would want to take part in the Rose Parade again next year! 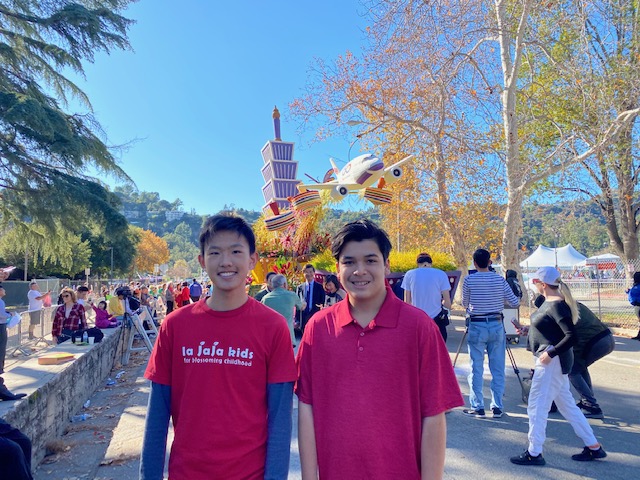 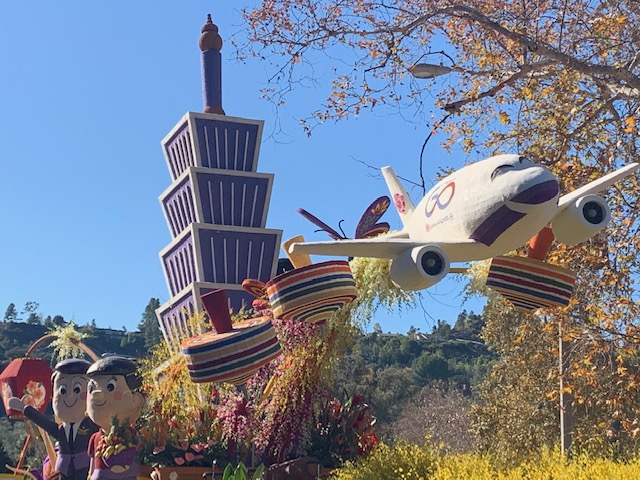 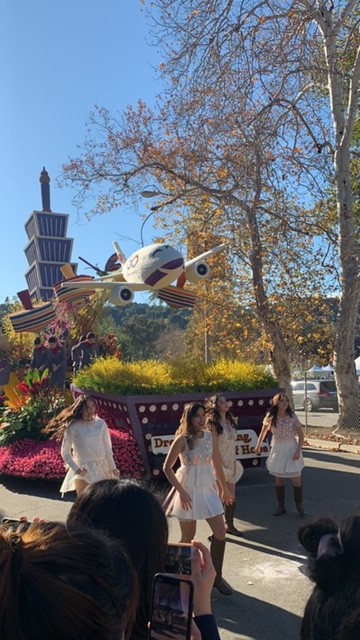