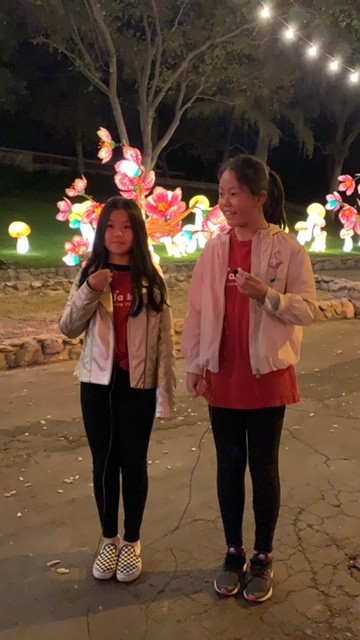 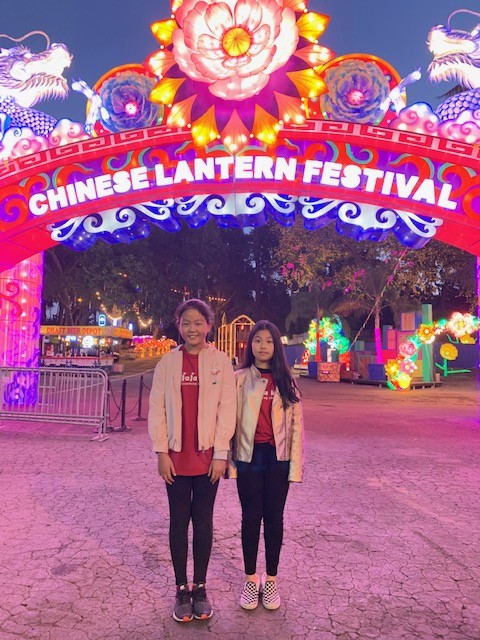 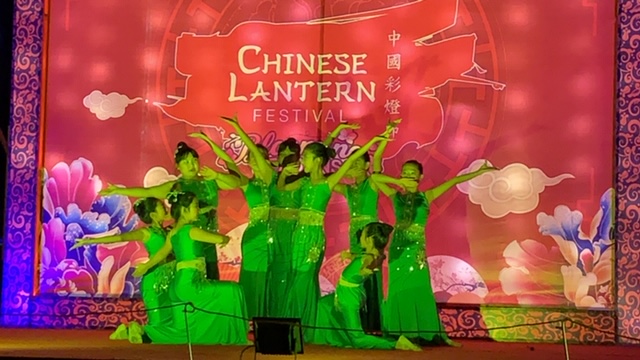 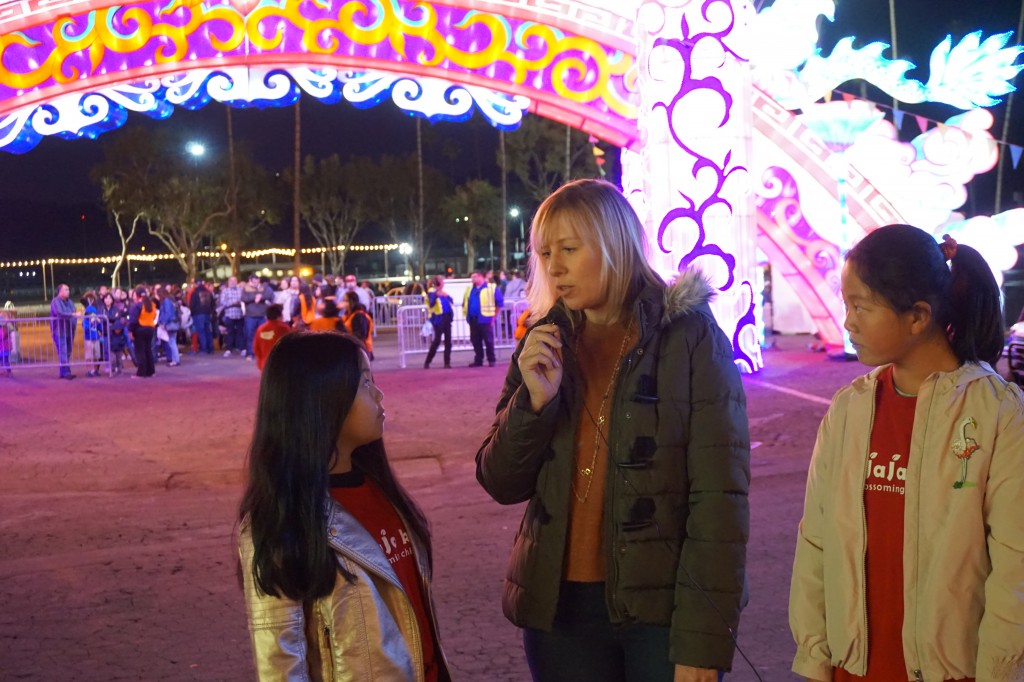 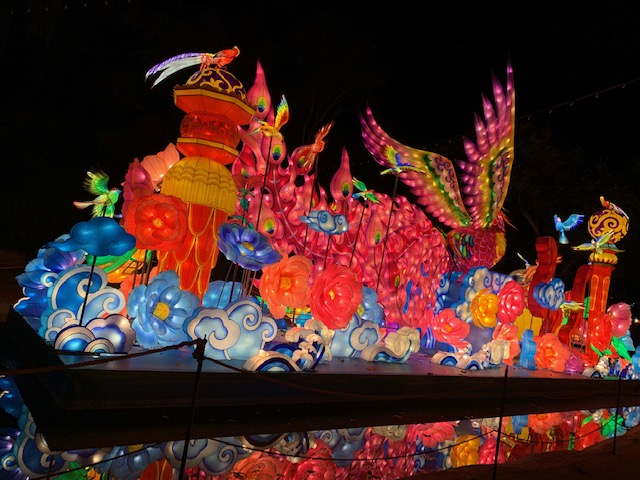 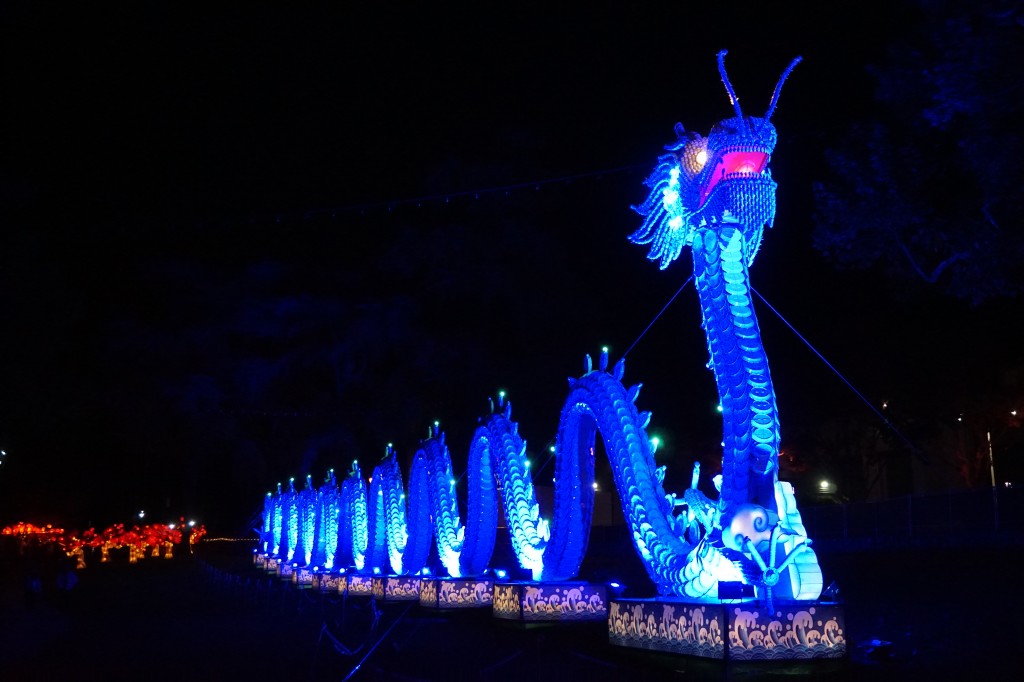 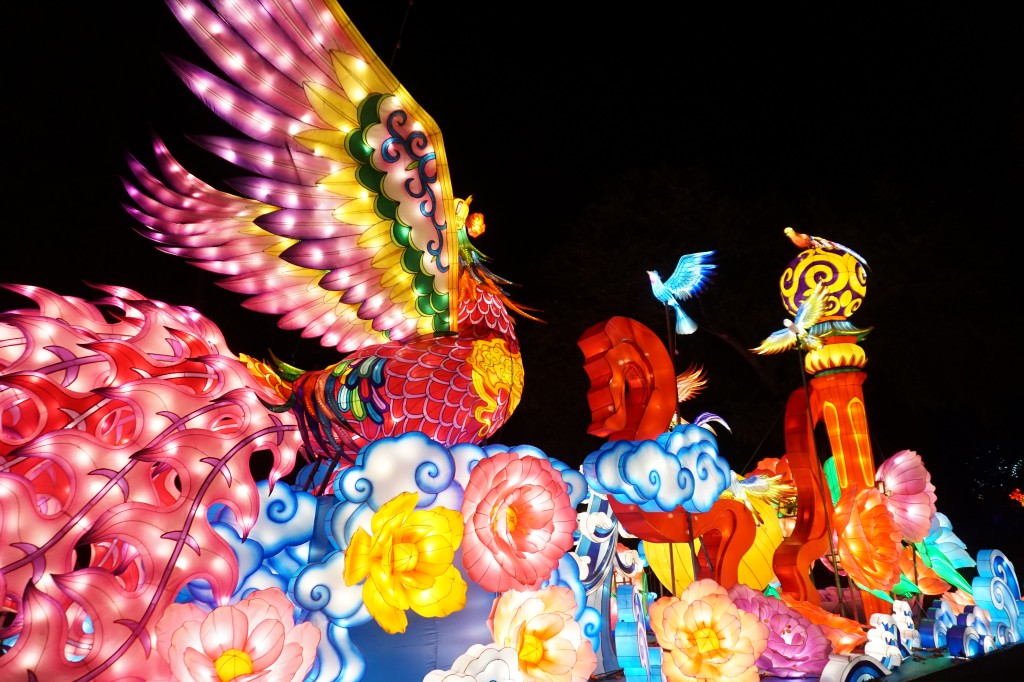 Today, we had a blast looking at the beautiful lanterns that people made at the MAGICAL CHINESE LANTERN FESTIVAL taking place in Pomona Fairplex. This amazing festival happens starting on November 21st, 2019 all the way to January 5th, 2020. Today, we interviewed the creator of THE MAGICAL CHINESE LANTERN FESTIVAL, Jennifer Becker. Starting on November 21st, this festival will return to its holiday season with its brand new outstanding displays themed “Blooming Seasons". Guests will experience a different kinds of unique displays including nature, plants, and exotic animals such as cactuses, beautiful flowers, snakes, dragons, and way more. This year, there are 60 new lanterns which comes up with 1,000+ lanterns in this festival this year. Imagine you are in a journey in this festival, filled with deep in the vast wonderland filled exotic flowers/animals, trees, insects, mammals, and reptiles in their natural habitat. It an amazing visual representation view for all four seasons, Spring, Summer, Fall, and lastly Winter.
First of all, there is the Ceramic Chinese Dragon. This dragon is up to 100 yards, basically as big as a football field! The dragon traditionally symbolize potent and auspicious powers, particularly control over, water, rainfall, typhoons, and floods. The dragon is also symbolized as a symbol of power, strength, and good luck for people who are worthy in the  East Asian Culture. Second of all, there is the Chinese Phoenix. This amazing display comes from the myth. Associated with the sun, this Chinese Phoenix obtains a new life form the ashes of the predecessor. Some people thinks that the Phoenix dies in a show of flames and combustion, although on the other hand, some other people thinks that this legendary bird dies and then simply decomposes before being born again. There are different types of traditions concerning the lifespan of the Phoenix, but by most traditions, the Phoenix lives up to 500 years until rebirth. The Phoenix could also symbolize renewal in general as well as the sun time.
The thing that interested me the most in this festival was the Chinese Phoenix and the performances. I liked the Phoenix the most, because I was looking at all the decorations all over it, and I was also wondering how long it took them to make these, because seriously, there was a lot on them. I also enjoyed watching the performance because, I enjoyed the dances that they performed and the joy that were on their faces
One activity that was there  were mythical creatures for kids to ride. As me and Amber were riding them, we were so scared even though the creatures were not even real, that was how real the mythical creatures looked. There were also food and concessions. While we were walking around, we were so hungry because all the aromas of the food. There are also folk art souvenirs that you can get. Also, there is a Santa Claus LANTERN that you can take pictures with! And last of all, there is the performance which includes folk dances and and many other amazing talents that the kids showed us in that performance. We hope to see you here! 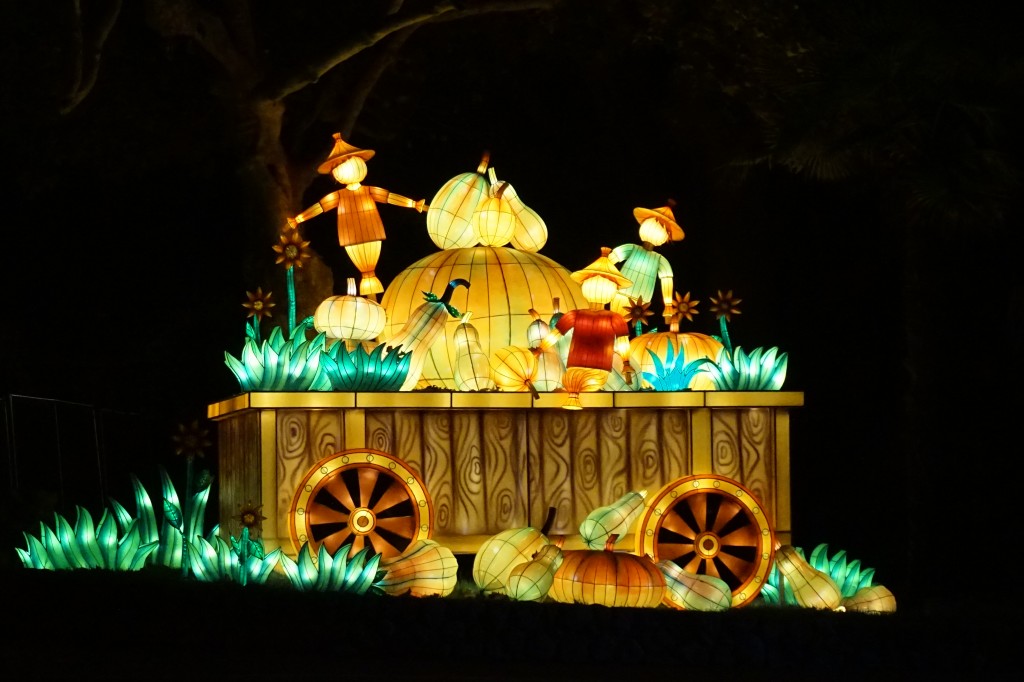 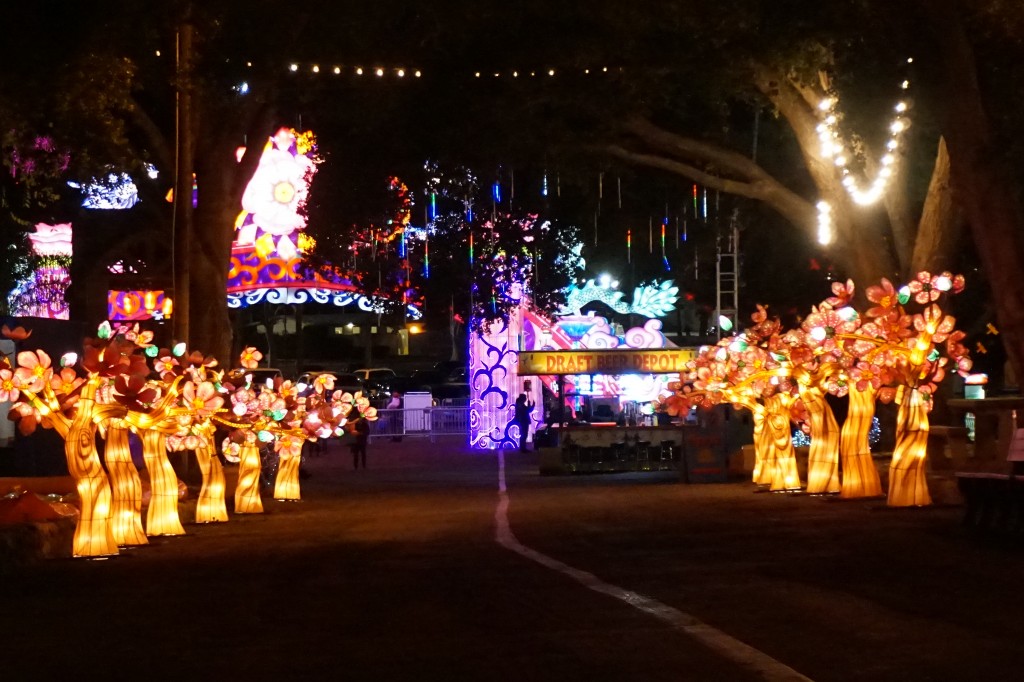 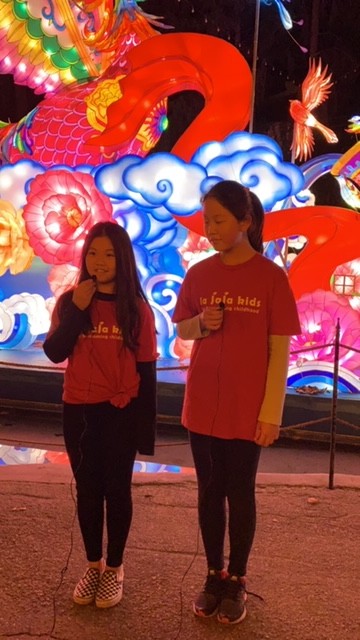 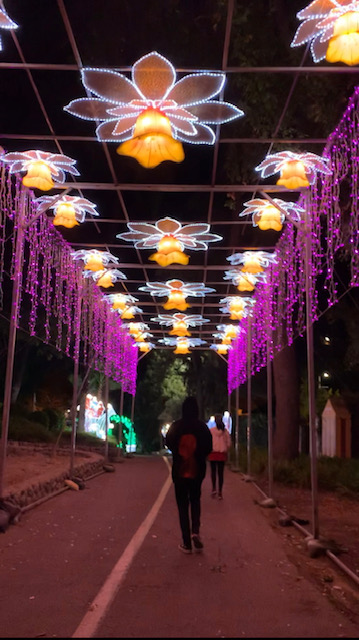 This year and every other year, the Chinese Lantern Festival comes to the public to bring out its specialty: lanterns. Hanart Culture, its producer, features events that promote Chinese art and culture. This exhibition produces over 1000 of paper lanterns, all handcrafted. This year’s theme being “Blooming Seasons”, it depicts bright lanterns of exotic flowers, palm trees, basically a natural medley of the four seasons.

I walked into the festival under the tall, arched gate of the entrance. It was made of many lanterns, As I walked in, I couldn’t help noticing how intricate and lifelike the lanterns were. The dragons on the arch swayed with the winds. The road was lined with cherry trees, and mushrooms grew inside the garden, with chipmunks beside it.

Right after, we were attracted to the roaring sound from the other side. Then, we saw a couple of mythical creatures known in China and European folklore, alive on the grass, such as qilin (or Kirin) and unicorn. The roaring sounds a little bit scary, and however, it is kind of fun to climb up, sitting on the  saddleback while it is moving like “Mary goes round”. My co-reporter Phoebe and I just could not stop playing with them. Nevertheless, we have to continue our job, reporting more fun things in this Festival.

One of the biggest magnificent lanterns is Dragon. The hundreds of blue lights on the Dragon while it’s poised as flying on sky makes it so thrilling in the dark night.  On the other side, while the variety of flowers floating on the water, a few Phoenixes, the Chinese symbol of new life coming out from the fire gather together, as if they were so proud of being part of nature.

After seeing so many animals, we want to look around the flowers that present the theme, “Blooming Seasons”. The Flower Garden exhibits right after you pass the entrance, while it will take a little bit of effort to climb toward the upper hill. You will get paid off by seeing so many different flowers and plants. Of course, the lights make them so bright at night. I was so amazed when I saw the “flowers” decorated on the arches in series. Walking under the floral lights, I felt as if it was the clear sky.  What makes this Festival more fun is that the producer also mixes some Western common elements, such as Santa Clause and East Bunny to this Festival. That brings more joy and hooray to the families, having children.

After one hour and half of walk in the Flower Garden, we felt hungry. You have so many choices, such as Tacos, Chinese food, snacks, soda for kids and beer for the adults. Then, it came to the show time, Chinese Folklore Dances such as Peacock dance. Everyone was fascinated with the kids’ beautiful dress and skill of dance.

I must admit that this is the best experience I had ever seen the lanterns. The Festival exhibits all Chinese legendary creatures and flowers in vivid that presents “Booming Season” so well.  This is one of the must-seen Festivals you don’t want to miss in this holiday season. 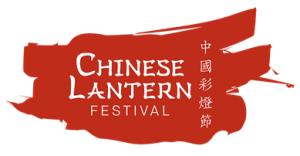 Each lantern is made of modern materials and eco-friendly technology with brilliantly-lit colored LED lightbulbs, musical enhancements and sound effects, plus visual moving parts to create larger-than-life imaginative shapes. 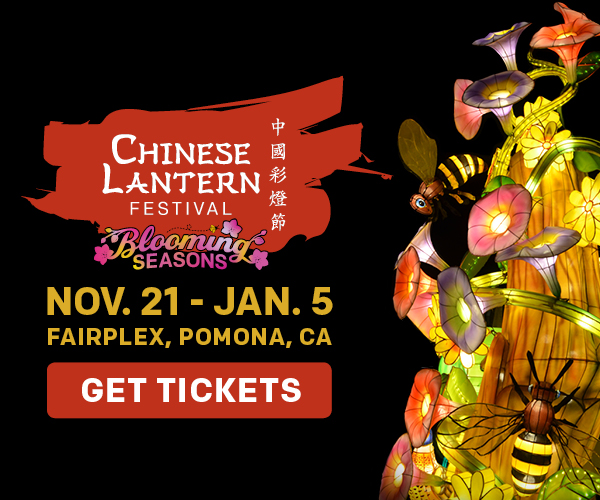 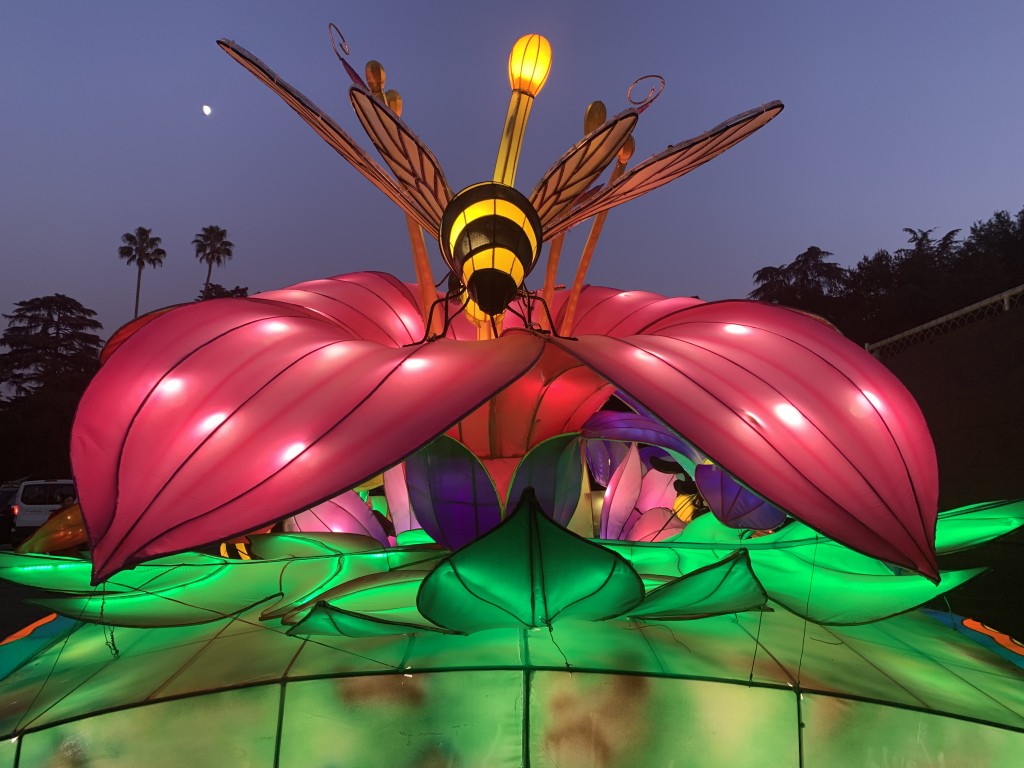