Father’s Day at Angel Stadium
The Angels face the Royals on Father’s Day, and the team is giving free Father’s Day coffee mugs to the first 20,000 adults in attendance. It’s also a Family Sunday at the ballpark, so the fun continues after the game, when kids ages 5-14 get to go the field to run the bases. 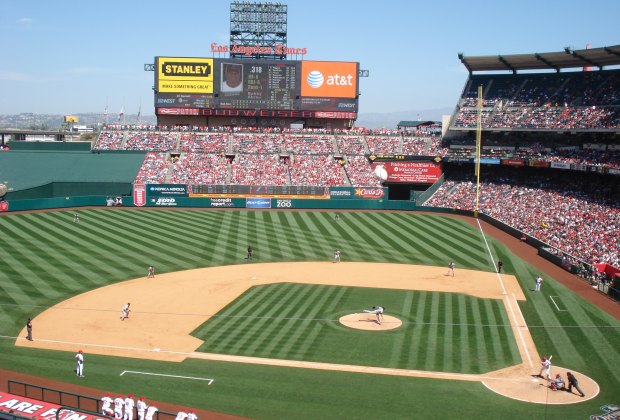 Take Dad out to the ball game at Angel Stadium. Photo by HerSilverHammer via Wikimedia Commons

KOA Kids Camp Free
If Dad thinks hanging with the family in the great outdoors is the greatest, KOA has you covered with its Kids Camp Free event on Father’s Day weekend, June 16-18, 2017. Participating locations include the Los Angeles/Pomona Fairplex, Ventura Ranch, and Acton/Los Angeles North KOAs.

Battleship, Brews & BBQ
The setting: the battleship Iowa’s fantail. The atmosphere: music, beer, barbecue, and more. The price: free. It’s pretty much a dad’s dream day. Also on Father’s Day, the Battleship IOWA Museum is offering self-guided tour tickets at a special rate of $11 per person. 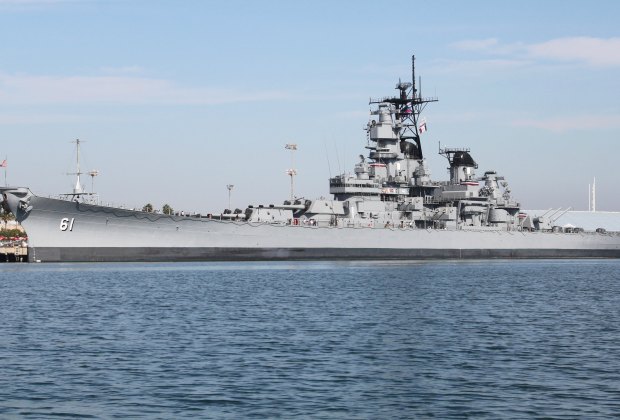 Rodeo Drive Concours d’Elegance
You may not be able to buy Dad a vintage Alfa Romeo, but it’s free to look. Beverly Hills hosts this world-renowned, free event every year on Father’s Day.

Medieval Times
Make Dad feel like King of the Castle at Medieval Times in Buena Park for free, with one full-price adult admission (use code DAD17 at checkout). The offer runs June 5-18, 2017. For more royal treatment, you can upgrade to the Father’s Day Gift Package for $25, and he’ll receive a commemorative “Good to Be King" can koozie, a photo of himself in a souvenir frame, and a 25-ounce souvenir stein with his choice of beer or soda.

Fogo de Chao Brazilian Steakhouse
At both locations (Downtown Los Angeles and Beverly Hills), dads dining on Father’s Day get a return engagement, with a complimentary dining card for their next visit; restrictions apply, and dinner pricing is all day.

And finally, while not a freebie, we do know of a deal to get dads and their guests $5 off an escape room adventure at Escapedom, using the code THANXDAD. We’ve checked Escapedom out, and it’s pretty cool.