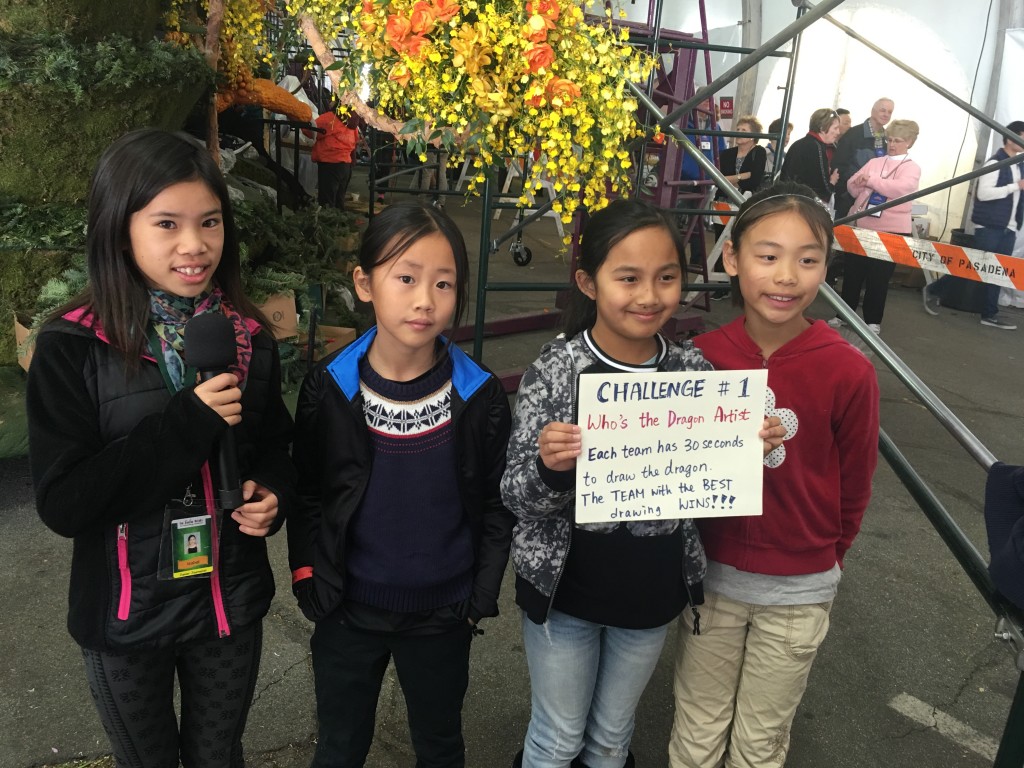 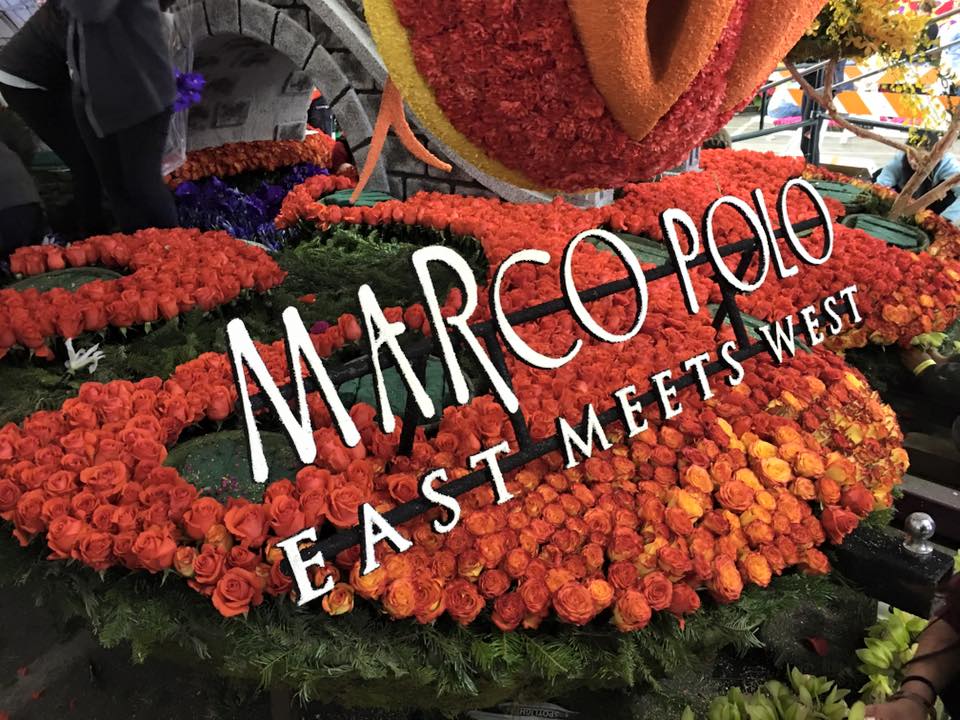 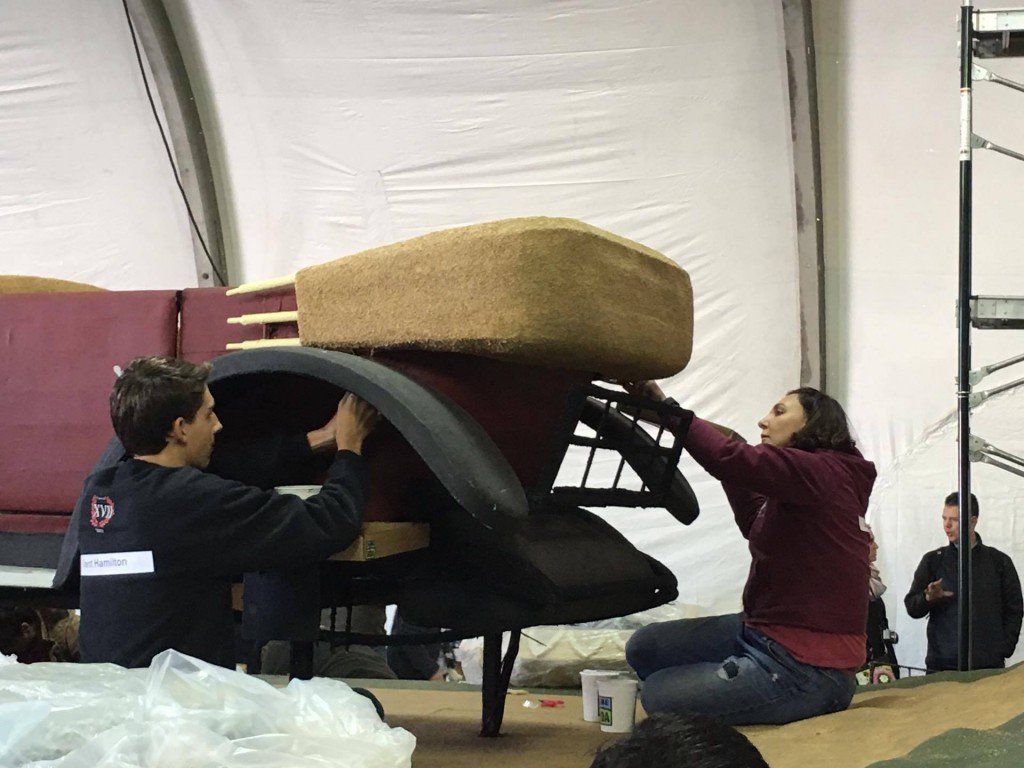 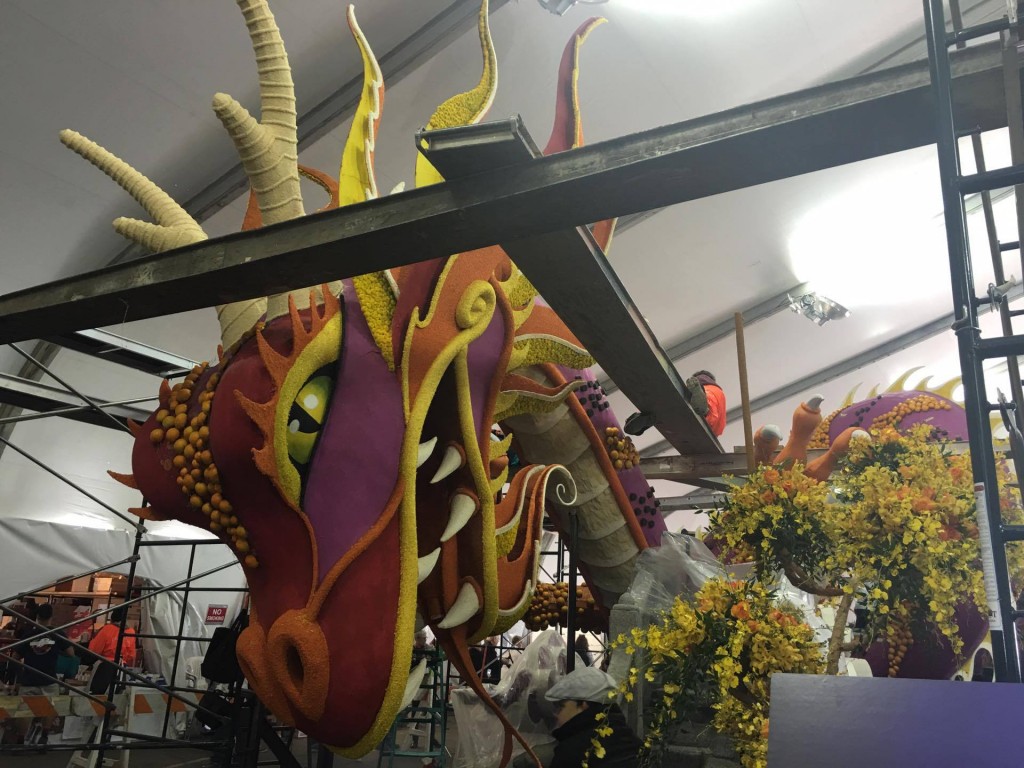 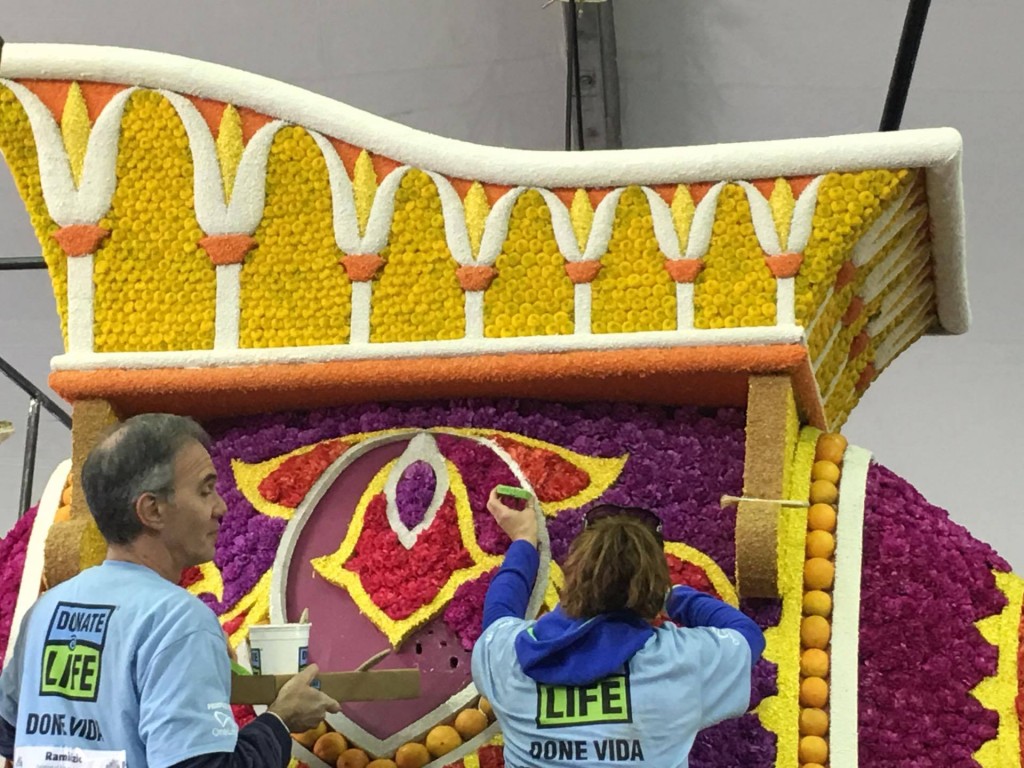 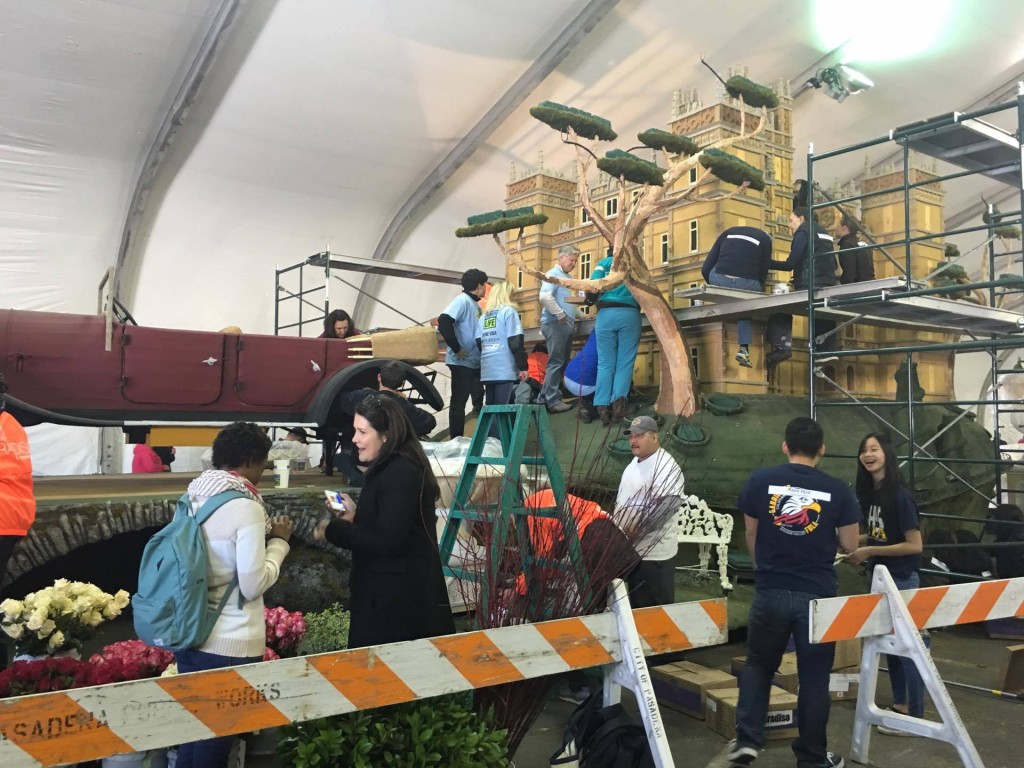 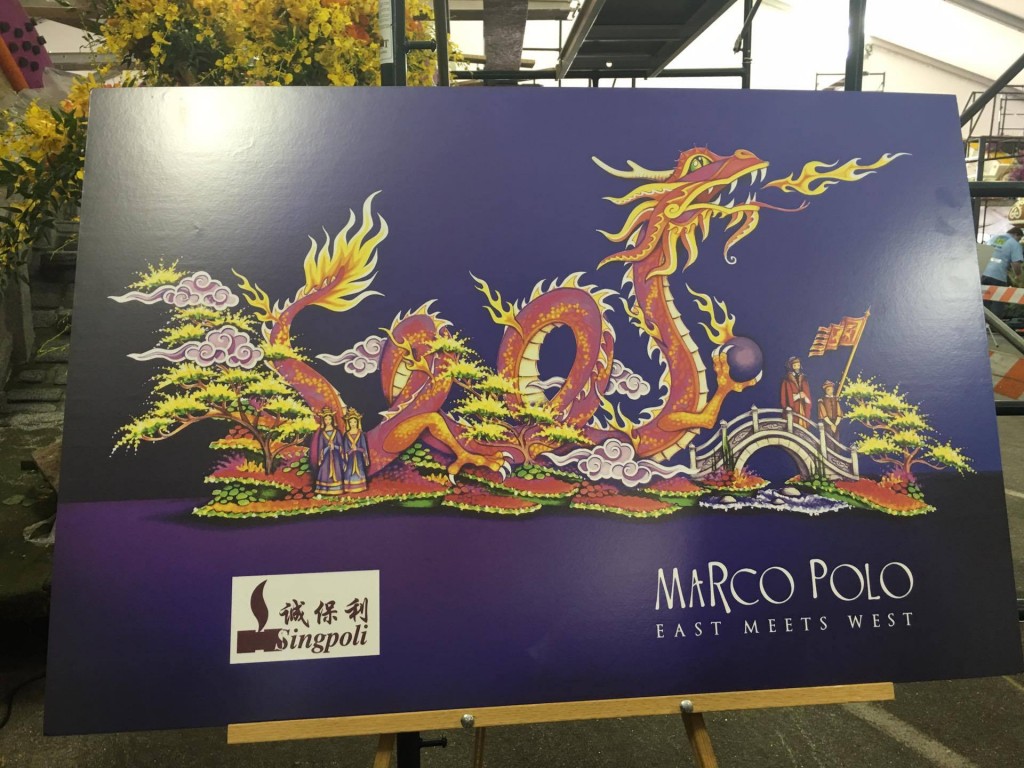 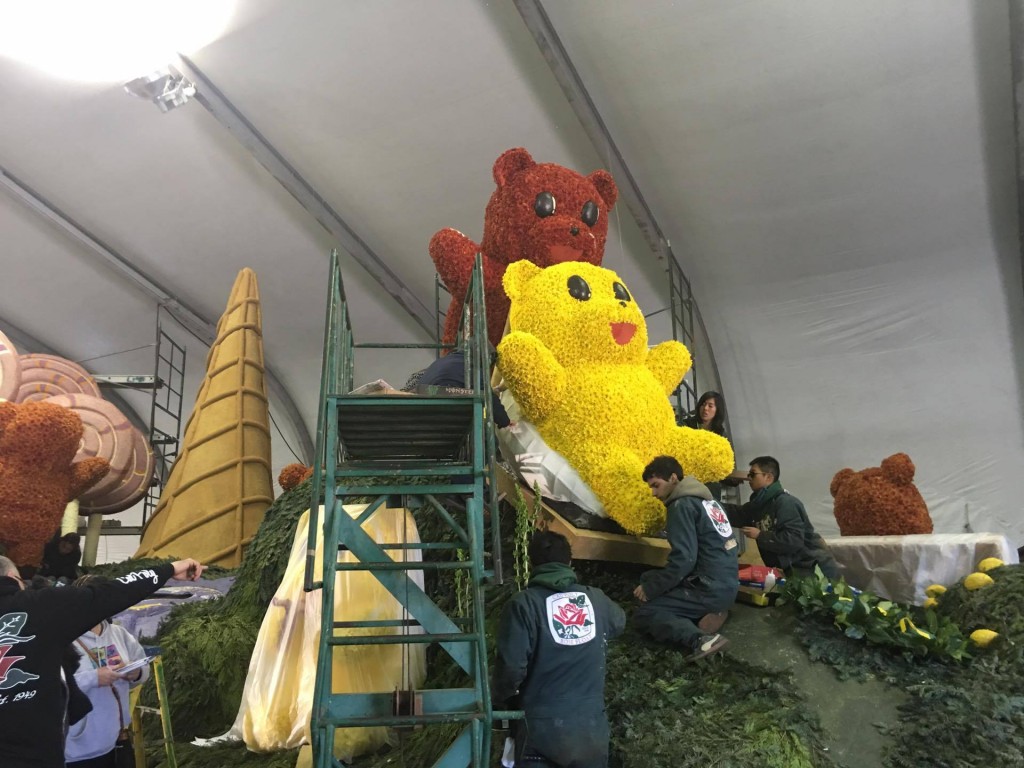 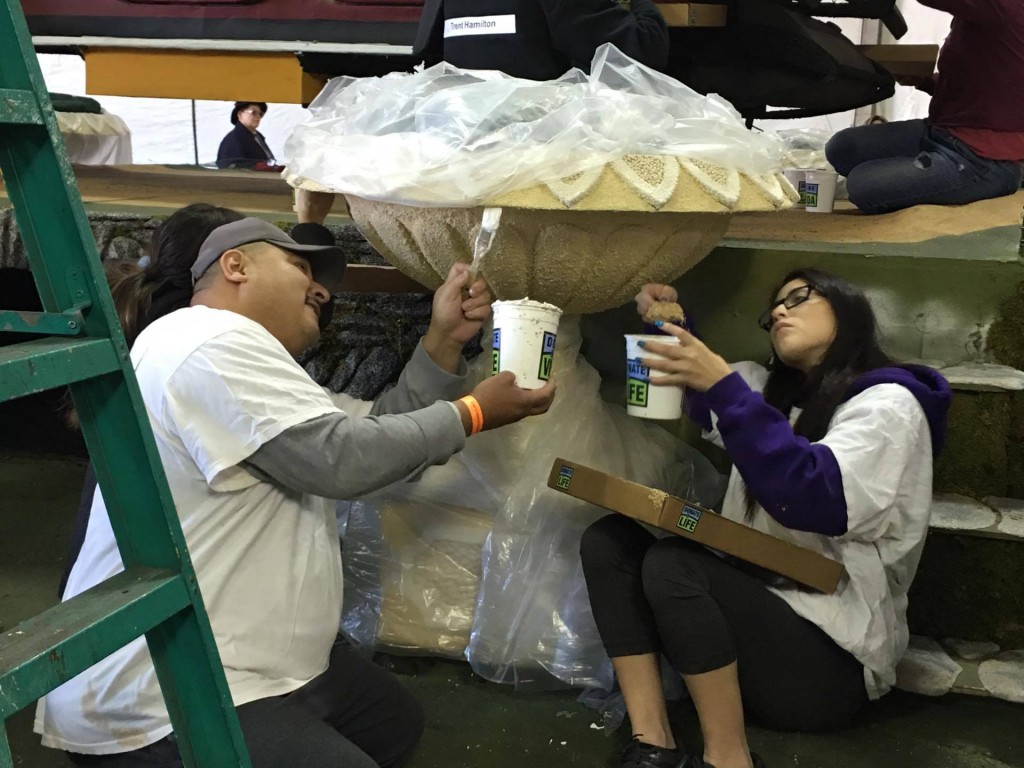 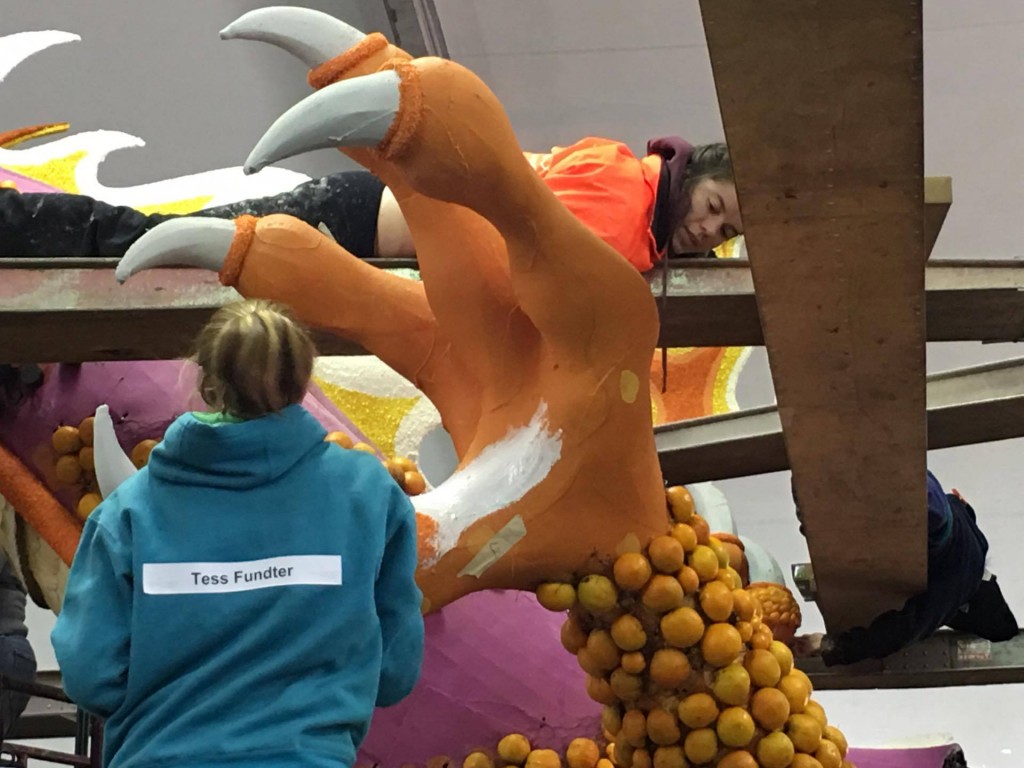 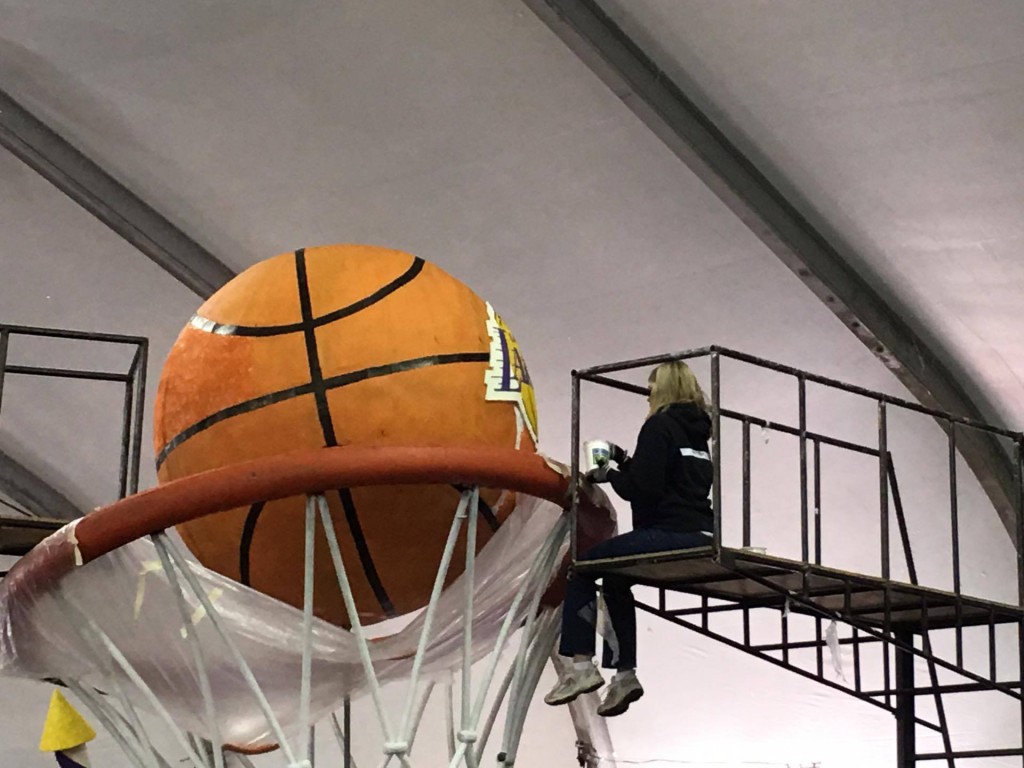 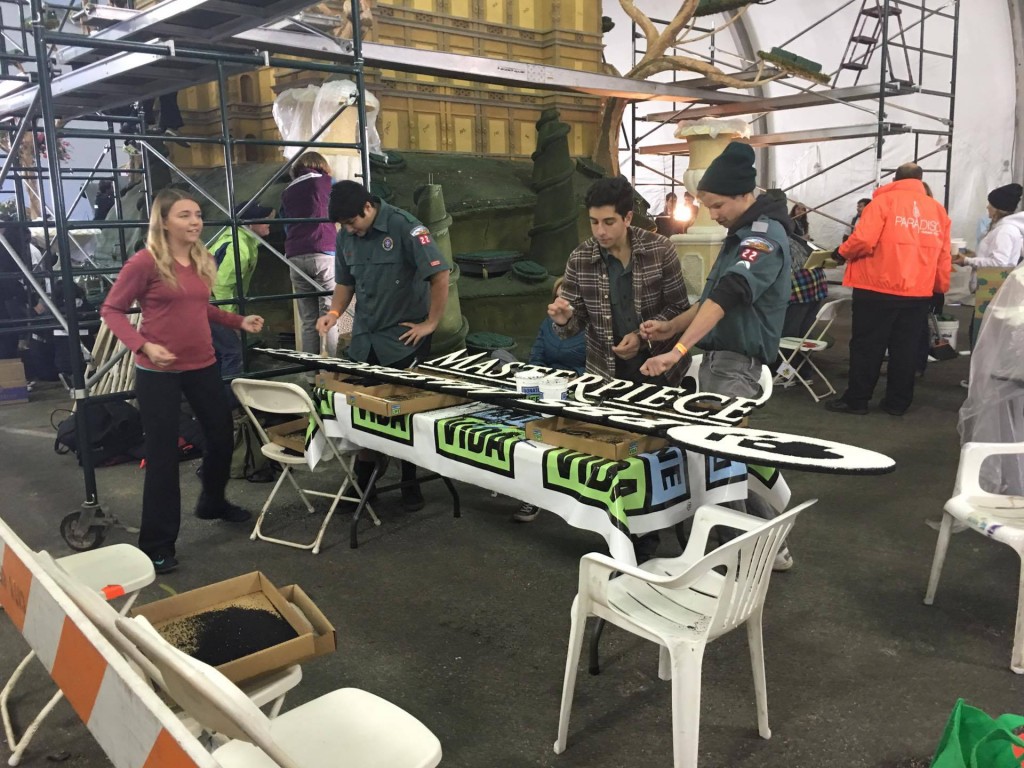 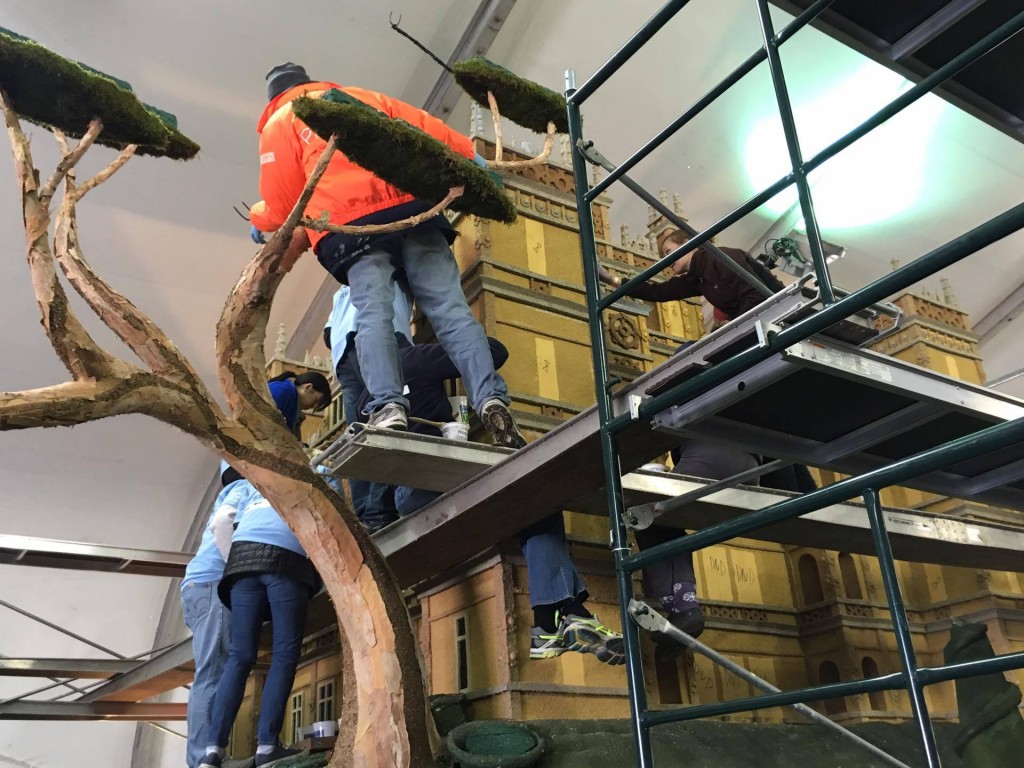 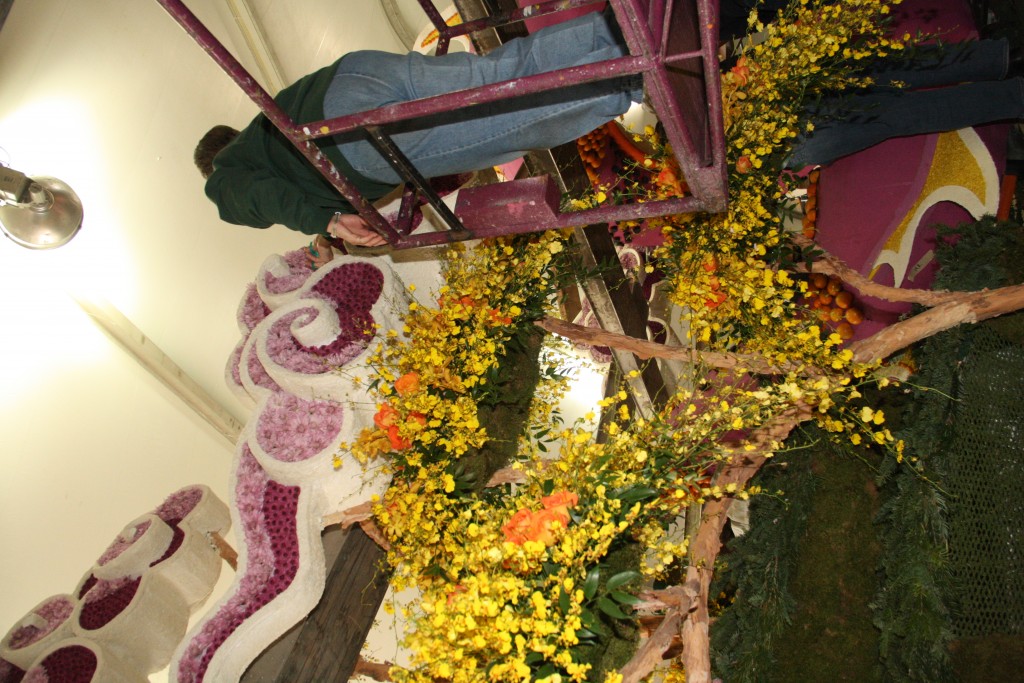 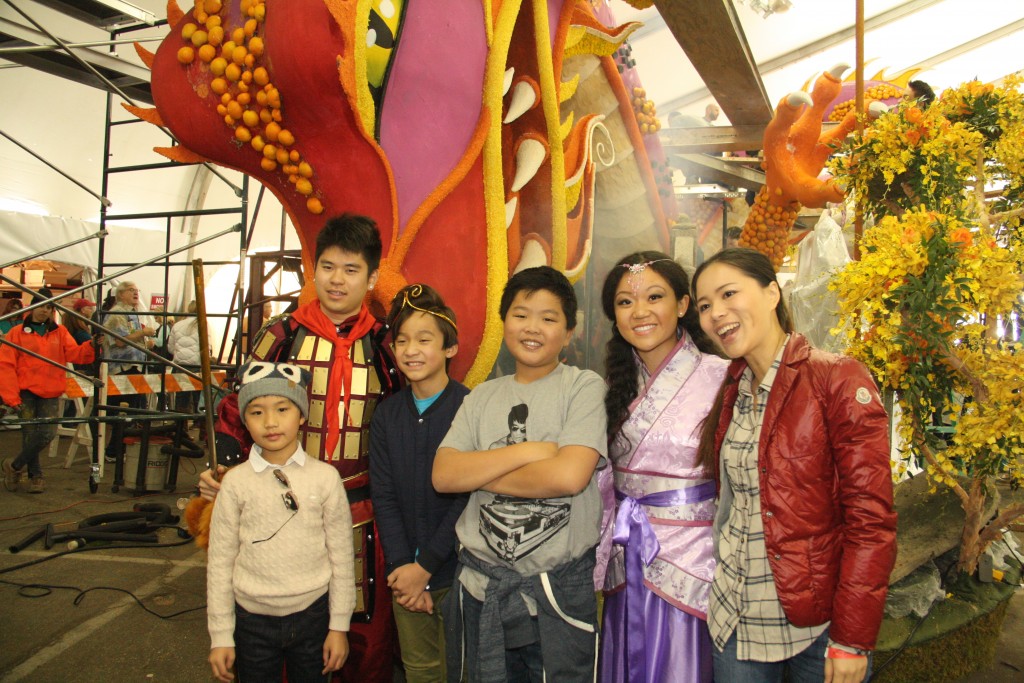 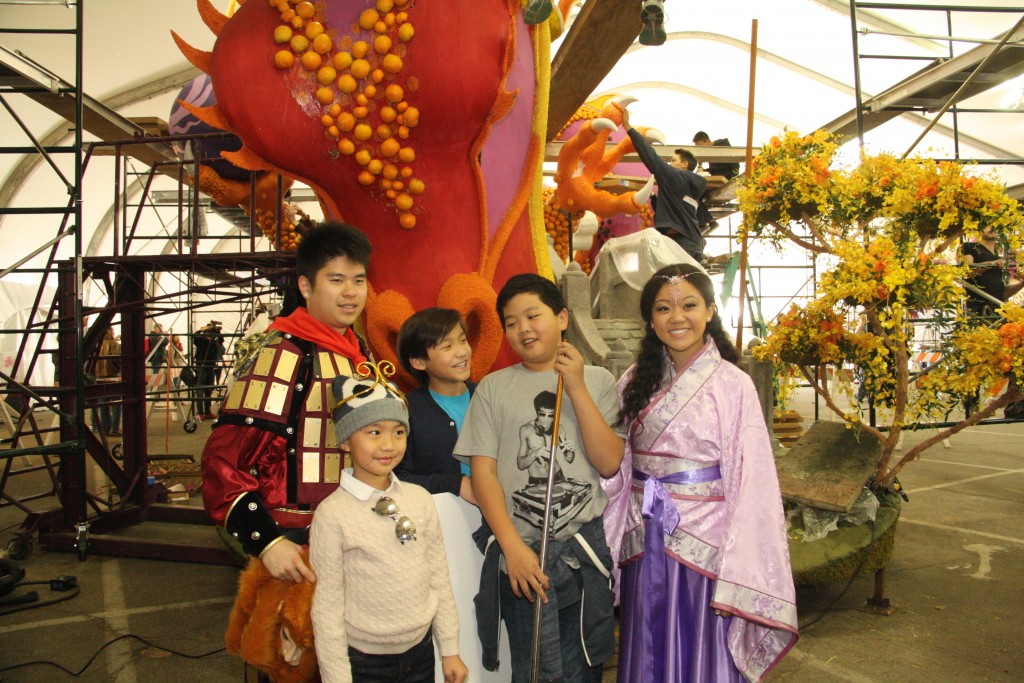 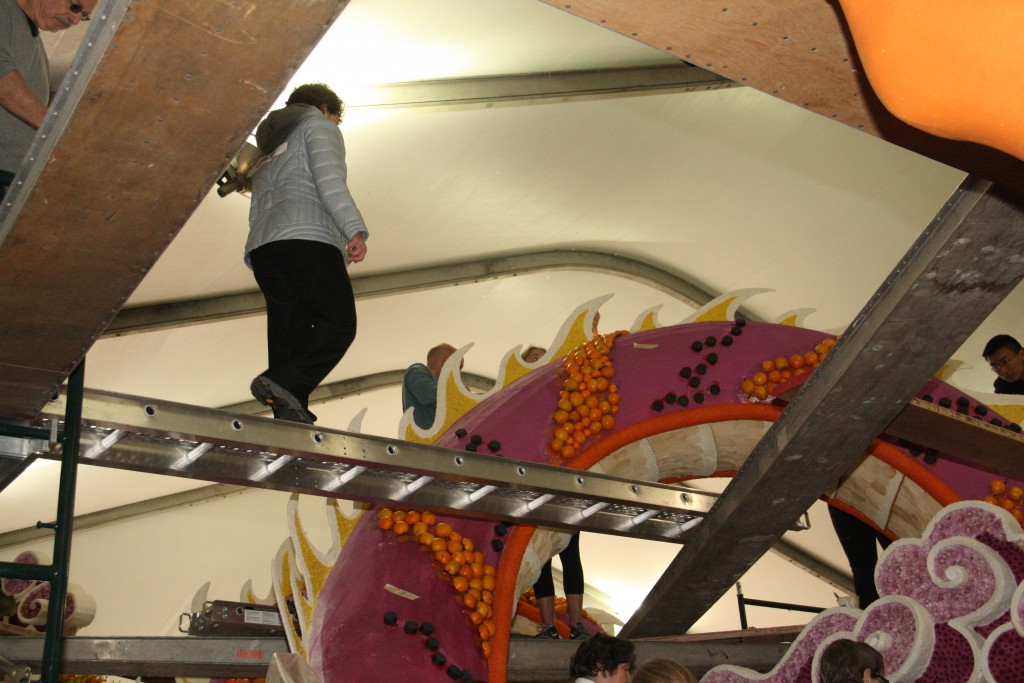 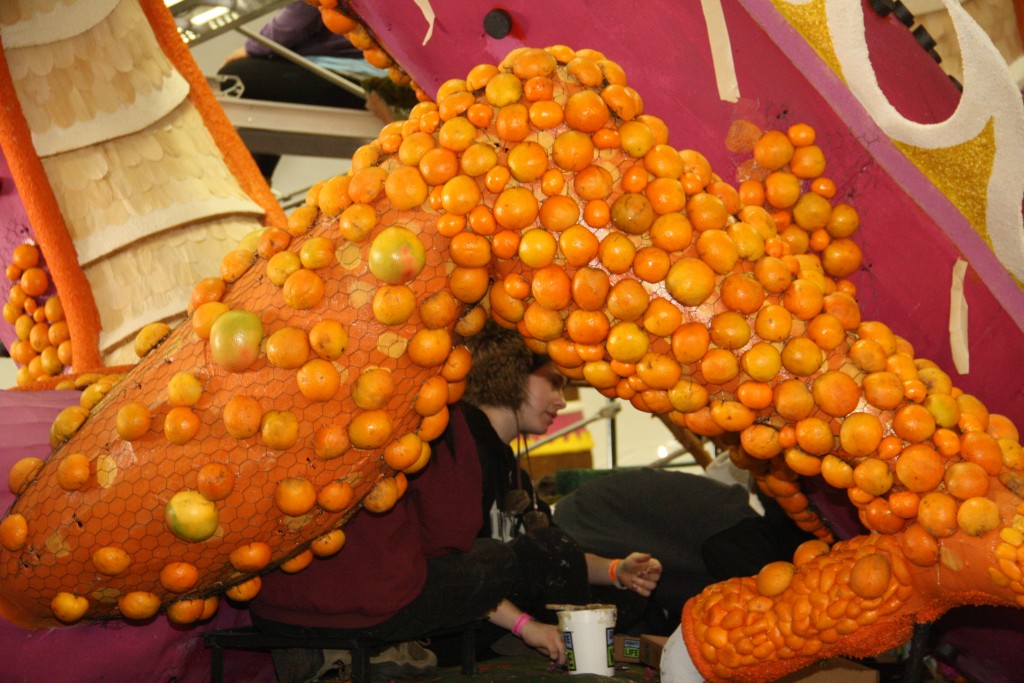 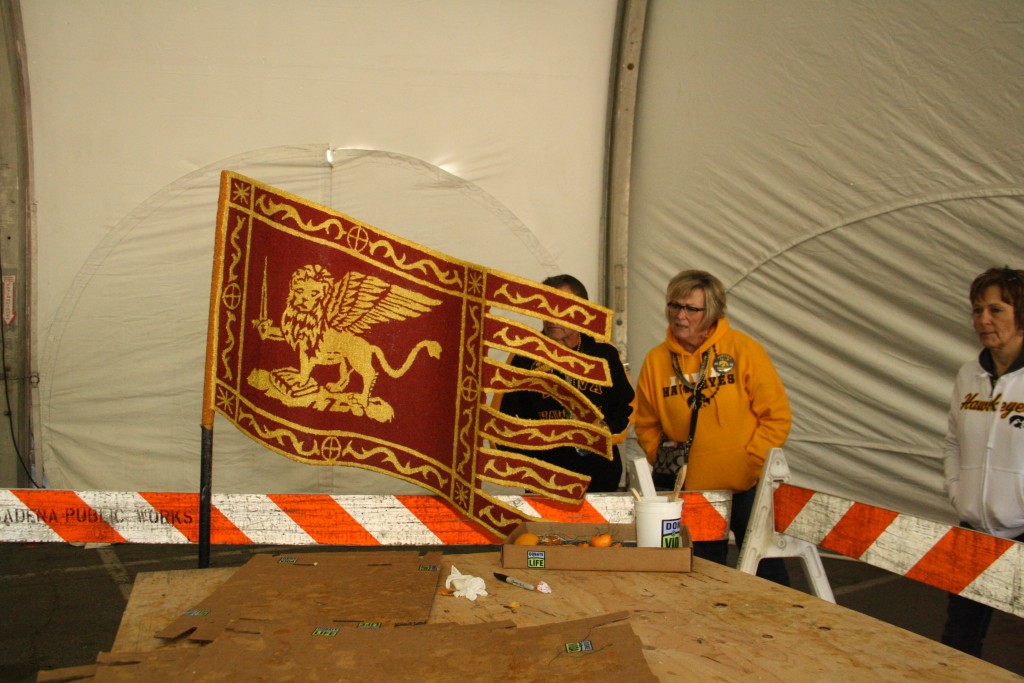 ​     So, continuing on my amazing sneak peek of the Paradiso parade floats, here’s the scoop. Today, December 30, 2015, the four lajaja kids junior journalists went to Rose Bowl Pasadena to see Paradiso get ready for the Rose Parade.

It was very noisy inside the Paradiso tent. The workers were working hard and putting the finishing touches on the floats. I wonder if they even have had any sleep for the past couple of days.

The Lakers float was so amazing! I saw a lot of orchids, roses, daises, lilies and chrysanthemums on the float. Did you know that Paradiso specifically picked those flowers to match the Lakers’s team colors? That is so cool! Kobe Bryant and some retired Lakers greats’ jerseys will also be on the float! That is so awesome! READ MORE >>

My visit to the rose bowl was awesome. Me, QQ, Isabel, and Jessica had fun doing contests, interviewing, and looking at the floats. I saw that the workers had cut lots of oranges to put on the floats. I also saw seeds, flowers, other fruits, and rice being put on the floats. It was a whole lot of stuff. We had two days to do this so there will be two parts. READ MORE >>

I interviewed Mr. Charles Meier, an award-winning float designer for the company PARIDISO about their Rose Parade floats. I asked, “What inspired you to start designing floats?” Mr. Meier replied, “When I was little, I watched the Rose Parade and just fell in love with those floats. And, yeah, that’s kinda how it all started.” I also asked about lots of other things because I was so interested! But I do remember him saying his dream when he was little was to be the float designer he is now. READ MORE >>

Have you ever been to the  Rose Parade? Even if you haven’t, you would probably know that parades have lots of amazing floats. But who makes these floats? Well I can tell you a company, Paradiso Floats!  They make amazing floats that are magnificent to the eyes. We went to go meet Paradiso and see all their beautiful floats to learn more about these amazing floats. We split it to 2 episodes. READ MORE >>