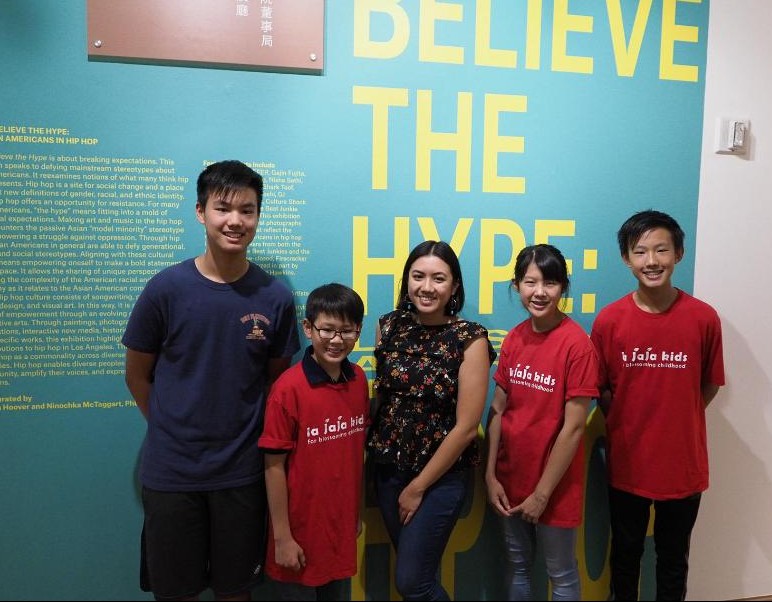 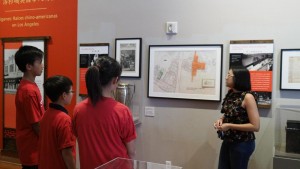 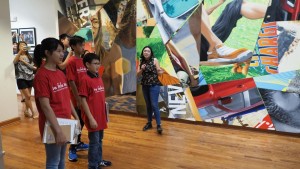 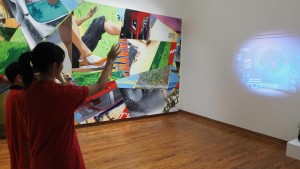 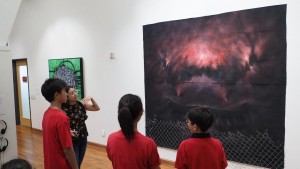 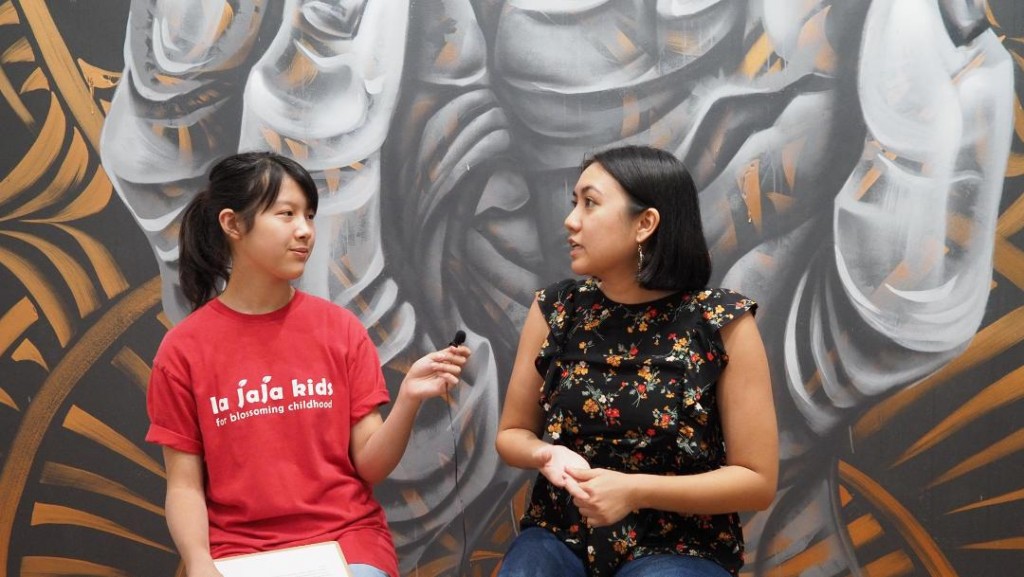 Now accounting for over 11% of Los Angeles’s population, Asians have really made the city their home in the past two centuries. By facing off discrimination, difficult employment, and obstacles resulting from racial issues in the 19th and 20th century, immigrants from the Eastern world were able to establish their cultures and their own society right here in Los Angeles. Gathering relics, manuscripts, and priceless knowledge from the past, the Chinese American Museum in Downtown, LA serves as a doorway into the past leading visitors into a story beginning in the late 19th century about the early struggles of Chinese immigrants setting foot on Californian soil and founding the infamous Chinatown, which became the foundation for centuries of Asian American development and expansion of the ethnic group throughout the city.

From the contents of the museum to the location, every aspect of the structure is chosen to reflect Asian American History. “We’re on a very historical site,” says CAMLA docent Janelle Sangalang, making note of the fact that the floorboards featured in a couple of the exhibit rooms around the museum were the original floorboards of the building, dating back to the 1890s and the mass immigration of Asian citizens into the United States. “The museum is built on the space where the history was happening”, Janelle remarks. Displayed in one of the vacant lots is a life size replica of an antique Chinese herbal medicine and acupuncture center, located directly across from a 19th century Chinese convenience store in America complete with resurrected artifacts from the original site, including robes, medicine samples, and accessories.

As a recent development to the museum’s third floor, CAMLA has decided to temporarily showcase their new exhibit, Don’t Believe the Hype: LA Asian Americans in Hip Hop, a display dedicated to teaching its audience about the contributions of Asian Americans towards the evolution of hip hop through the four pillars of hip hop: MCing, turntablism, dancing, and graffiti art. “Our museum decided that we wanted to do something rather different, and hip hop is sort of different, so we decided to choose hip hop as our theme,” Ms. Sangalang explains. One of the most hit sections of the exhibition includes an interactive screen where visitors are treated to a visual representation of their own motion illustrated as colored streaks as they are given the opportunity to enjoy themselves by dancing to excitable hip hop music. By stepping to the center of the dance floor, guests will activate a motion sensor, instantly transforming the room into a musical dance-ground. At this time, any detected motion from the center of the room will be transferred onto a projected screen as moving beams of either blue, pink, orange, or yellow. “This exhibit has actually been an idea since 2013, and it’s been five years, so we are extremely excited to open it up to public,” Janelle mentions.

As visitors enter the second room featured in Don’t Believe the Hype, they will notice a handful of murals adorning the walls, which reflect upon the graffiti art facet of hip hop culture. Among these is a noteworthy piece of art conjured on multiple sheets of canvas cloth depicting the furious face of a shark hidden amidst a stormy setting. Partially obscured by a net of barbed wire, the piece leaves its admirers wondering whether fish itself is being protected by the fence, or its audience. Among these artistic pieces includes a painting on the wall depicting a slogan by a South Indian hip hop artist, thus providing insight into South Indian culture’s role in hip hop despite usually being overshadowed by that of Chinese Americans and more well-known Asian cultures.

You want to be provided with first-hand experience regarding the history of Chinese Americans in Los Angeles? If so, the Chinese American Museum is definitely the place for you to visit. You enjoy hip hop culture? That’s even better. It is indubitable that a trip to CAMLA is definitely worth your time, especially while its hit exhibit, Don’t Believe the Hype, is still available to public audience. 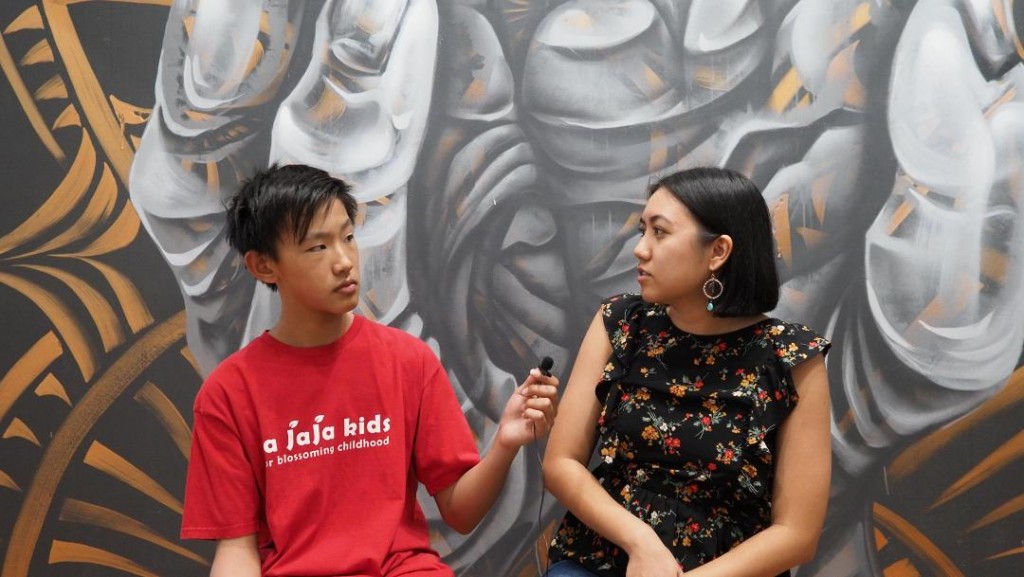 During 1869, about 1, 868, 4,000 chinese people came to the United States to work on the Transcontinental Railroad. Year after year, the population of Chinese grew.Soon, they were known as Chinese American. The old Gainer building was turned into the Chinese American Museum. Kyle, Bianca, and I went to the Museum in Los Angeles to interview Janelle Sangalang, Coordinator of Programs and Education. The museum recently had just opened a new exhibit, Don’t Believe the Hype.

We first were taken for a tour of the three floor museum. Our tour guide was also  Janelle. The first floor was mainly about the time when the Chinese American just moved to the US. They showed a herb shop and and an example of what they would sell in a general store . In the herb shop, they showed what herbs they would use to heal pains, and what we use now. For example, to heal back pain some people use Bengay, but back then, Chinese Americans used a herb called Nui Xi, a species of flowers.

Then second floor was a completely different. It explained the time after the chinese got kicked out, then moved to the “new” Chinatown. It showed many of the contributions they made. It showed many of their clothing, items, and instruments. What surprised me was that they had souvenirs back then, like backscratchers, tin cans, and tea cups. Many of the items they still sell today. The Chinatown is located next to the Museum and is still very busy today.

The last exhibit, and my favorite, Don’t Believe the Hype. It is about hip pop, art, and music. They showed paintings, graffiti, and music. They had a special room which was for hip pop and dancing. It was a projector. If you moved under it, it would show up on the screen. This was also very fun and interesting.    This exhibit was created by Ninochka McTaggart and many other people.They had more than 15 artist work on the exhibit! The exhibit is going to have live performance.

I think this interview was a great opportunity to learn about Chinese American History. I really enjoyed going to the museum and I hope I can come back to see the new exhibits that will come out! The museum partnered up with El Pueblo Monument, which is a very big place full of fun activities and things to eat. They have a market next to the Historic Los Angeles Plaza. This is a exciting place to spend a day at!

My Tour at the Chinese American Museum

During my experience at the new exhibit, “Can’t Believe the Hype" at the Chinese American Museum, I was able to learn about many new and fascinating things about hip hop and how Asian Americans influenced it. On July 23, 2018, two La jaja journalist and I went to the Chinese American Museum in Los Angeles. Guided by the docent of the exhibit, Janelle Sangalong, we were able to receive a full tour of the museum, including to have an interview talk with her regarding the museum’s latest exhibit, “Don’t Believe the Hype", who she explains that the museum had already wanted to have the exhibit in order to teach younger visitors about how to be free with music and art and as well as to try a new type of theme ever since 2013. We toured the three stories, and we were able to see the artifacts and descriptions for them and different articles that changed or explained the Chinese American history. This included objects such as maps, trophies, Chinese souvenirs, tours, food, bottles, newspapers, and much more. During the tour, we were also able to experience the exhibit, “Can’t Believe the Hype", and which showed a selection of references that were used to teach visitors of the museum about the influences that Asian Americans did to hip hop to shape it. This tour was able to teach me much about the influences that Asian Americans have done to carve hip hop to how it is today. This exhibit included a gallery of pictures and murals painted by artists, different activities for visitors to do, and a wall projection hand interaction.

Thank you Janelle for giving us a very informative tour.  By going to the Chinese American Museum, the original location of China town in Los Angeles, I was able to learn much about the history of Chinese Americans. I would visit again as it is fun and free admission, and I recommend anyone who is interested about Chinese American history should go take a look.

About The Exhibit ~ Don’t Believe the Hype: LA Asian Americans in Hip Hop

A look into hip hop in the greater Los Angeles region as a site of resistance, refuge, and reinvention for today’s Asian American communities. The exhibition will include site-specific murals as immersive environments by famed hip hop graffiti and mural artists as well as paintings, photographs, audio/video installations and historical ephemera. 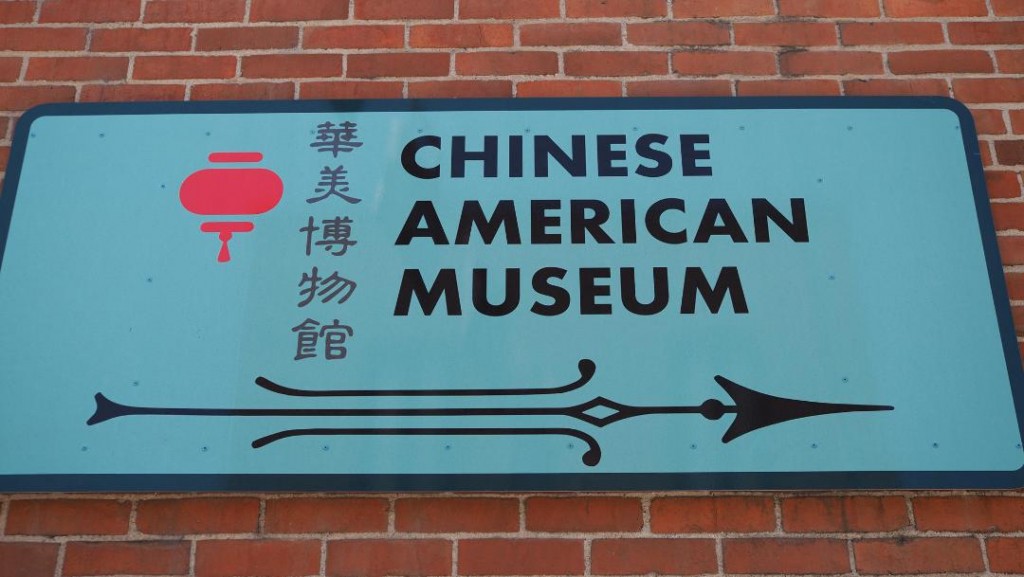 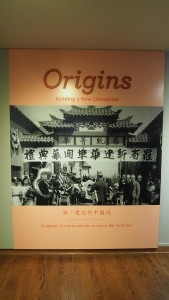 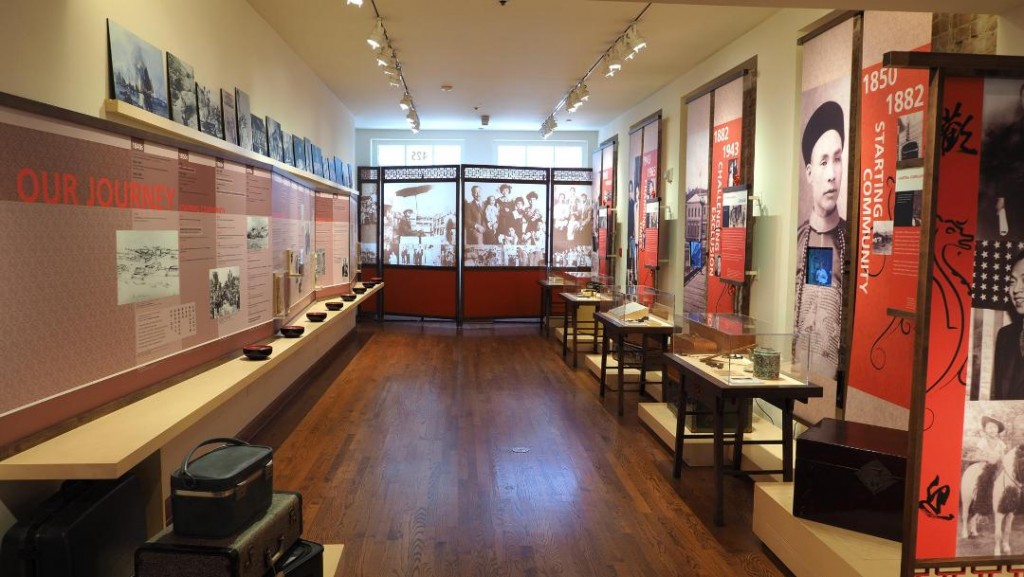 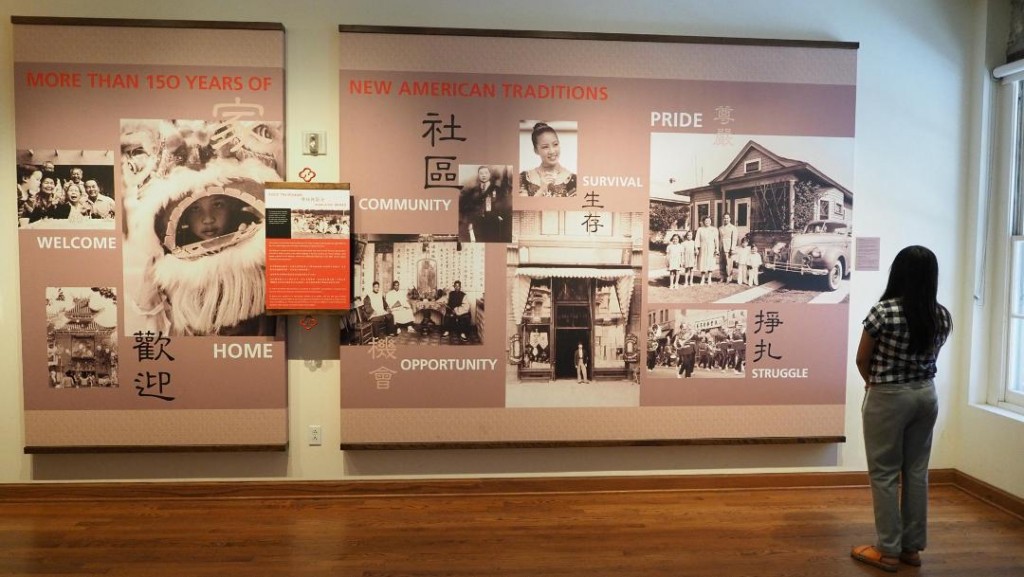 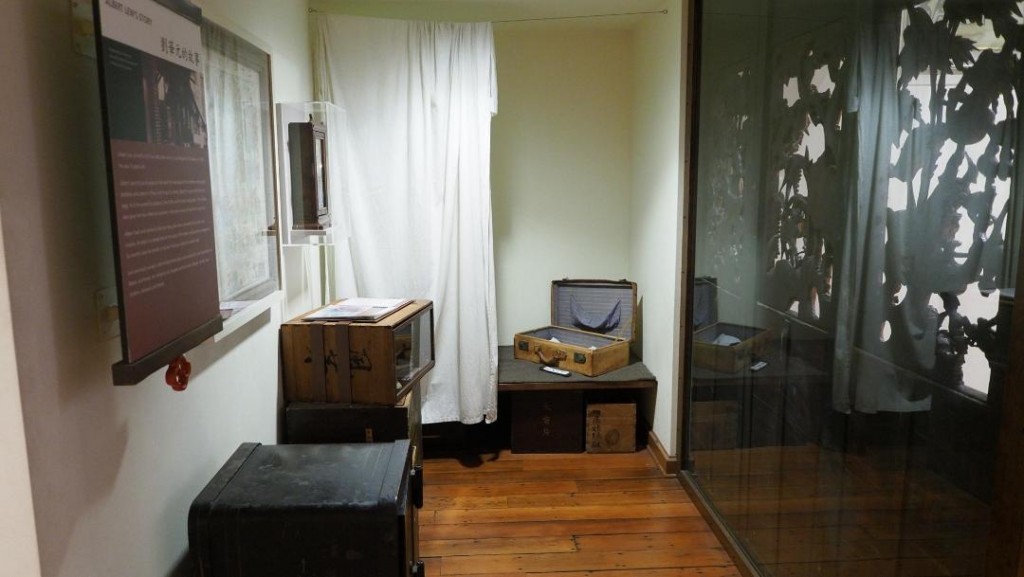 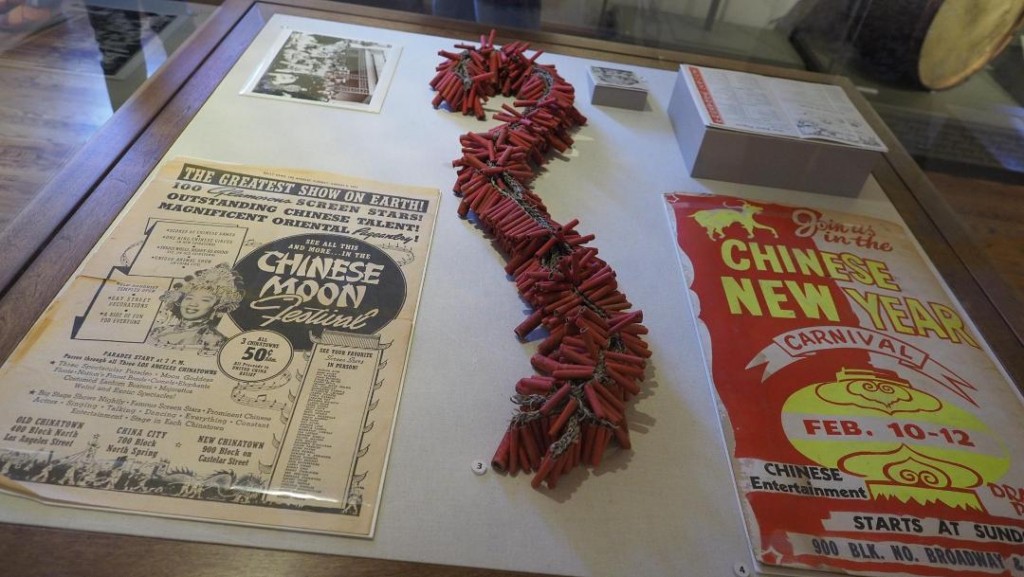 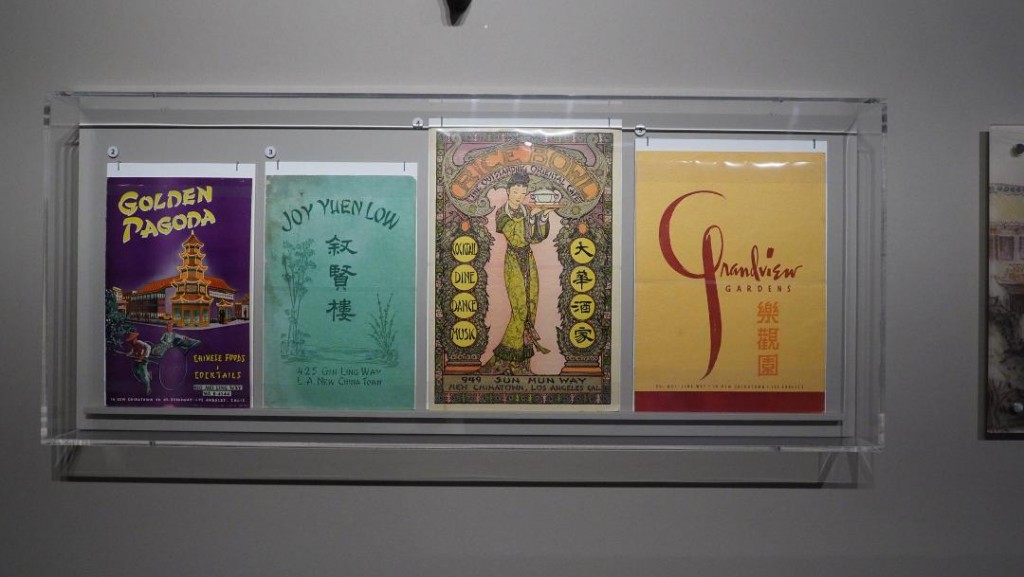 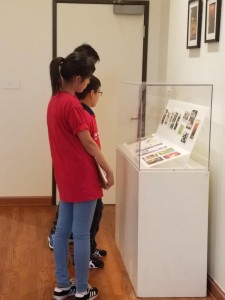