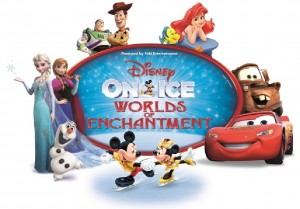 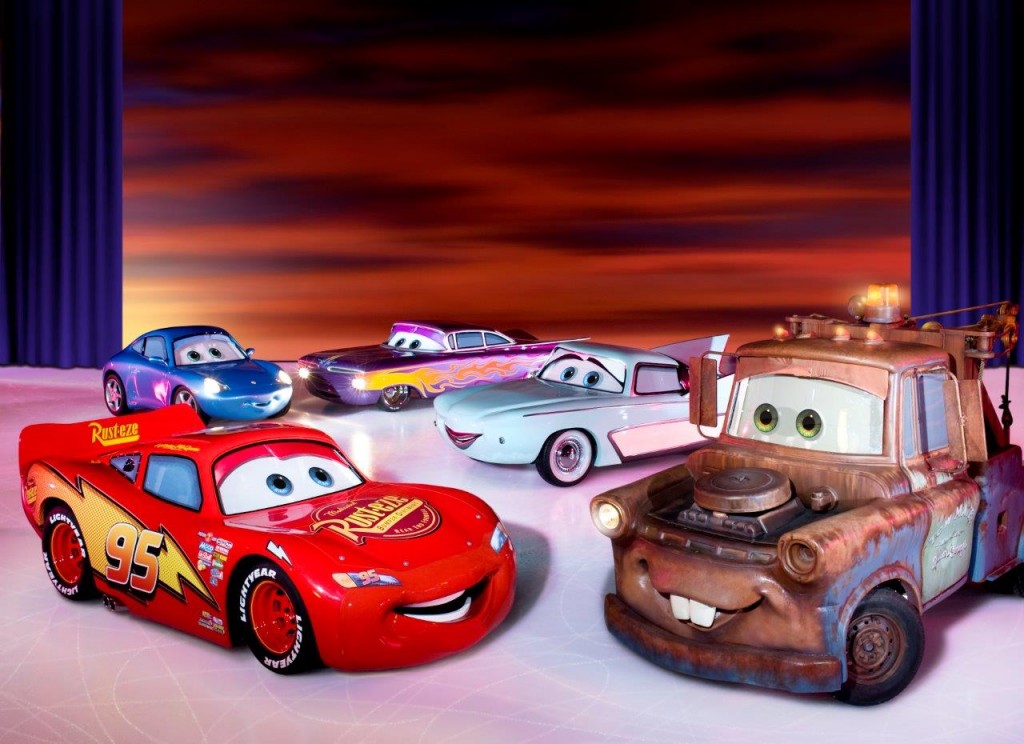 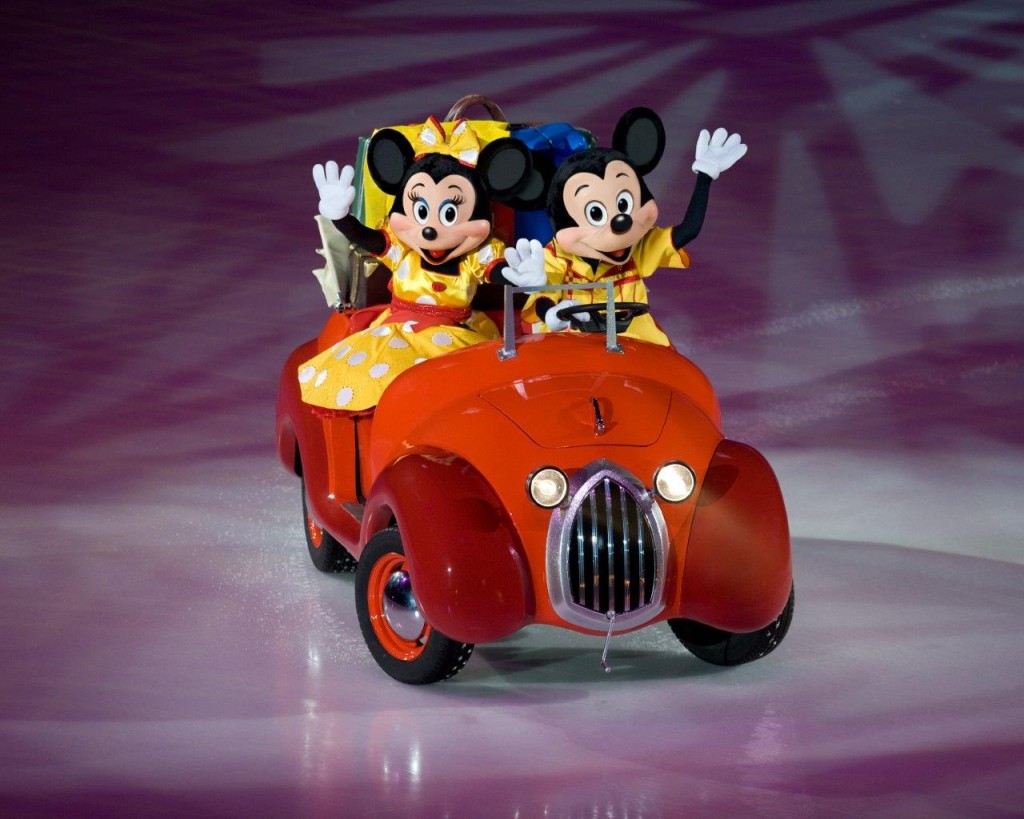 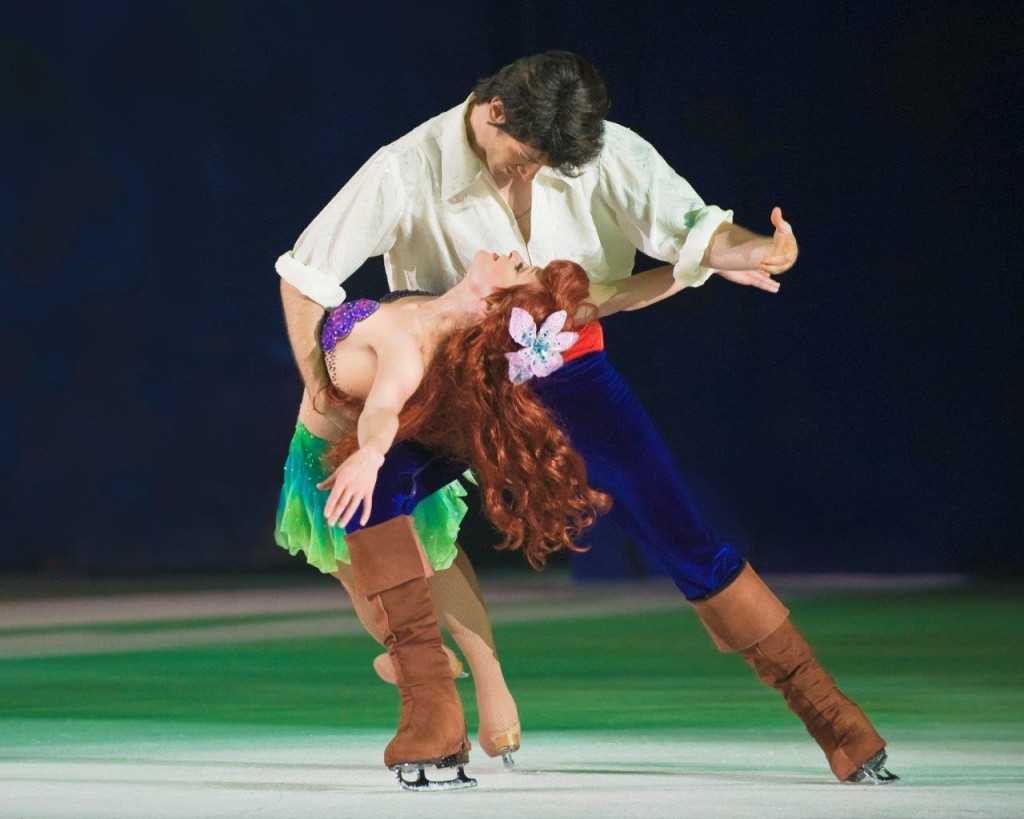 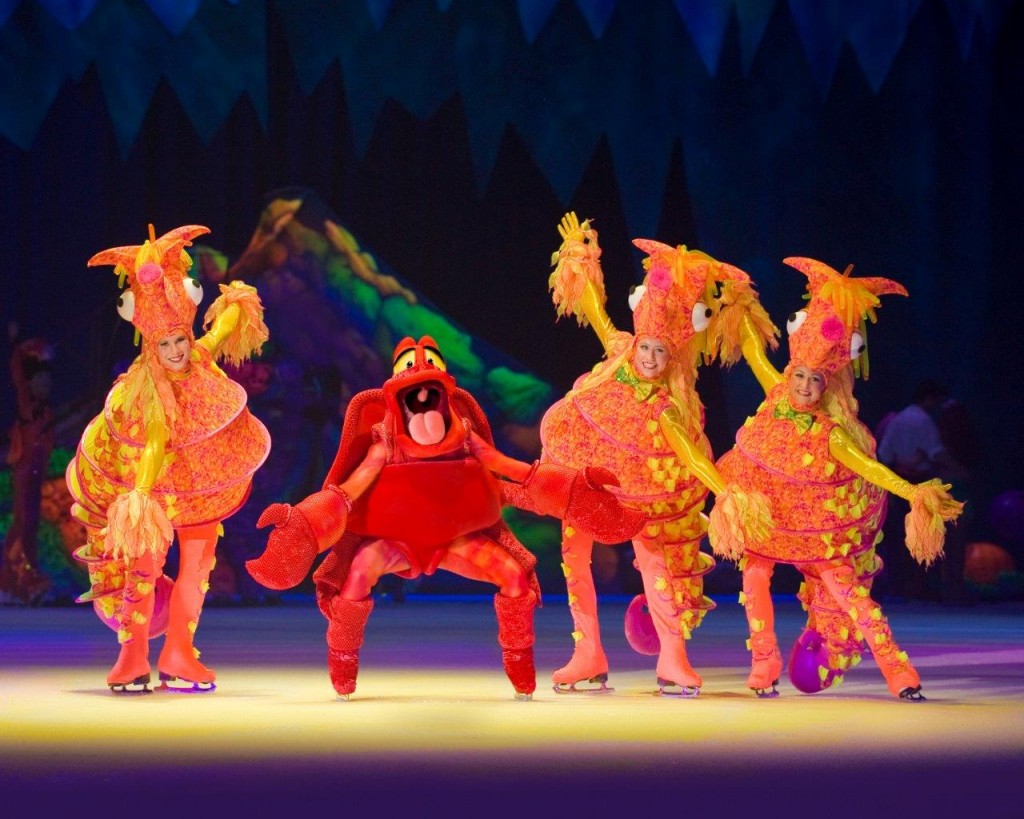 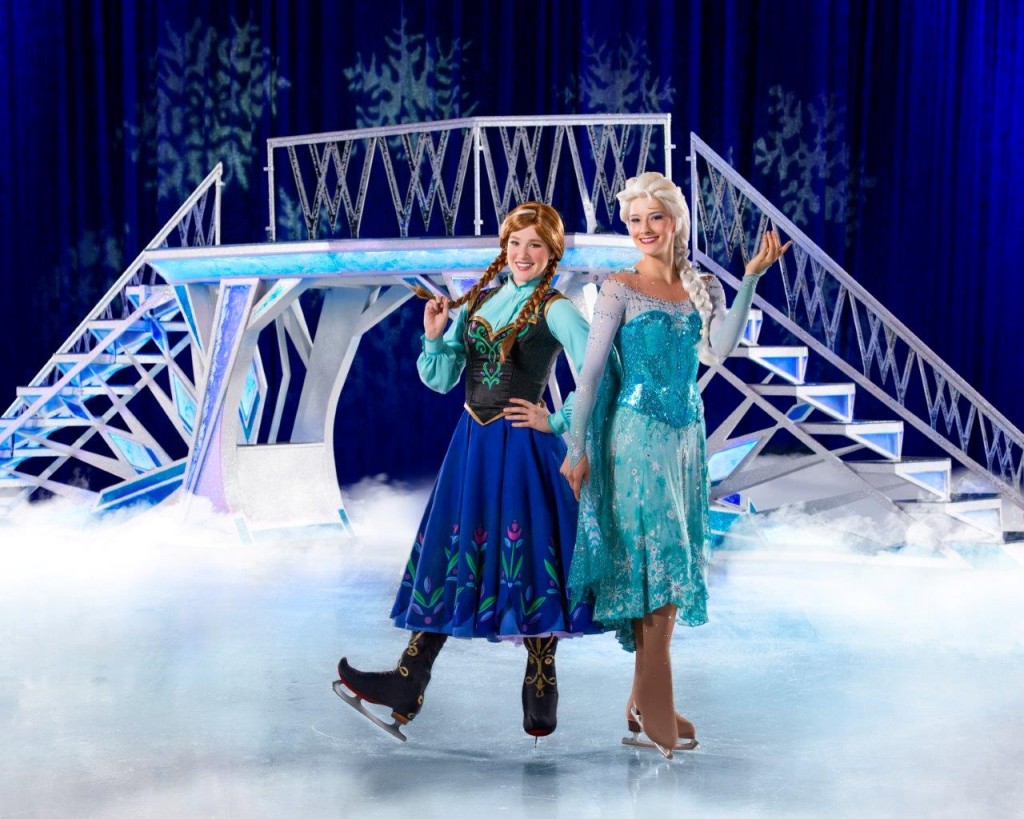 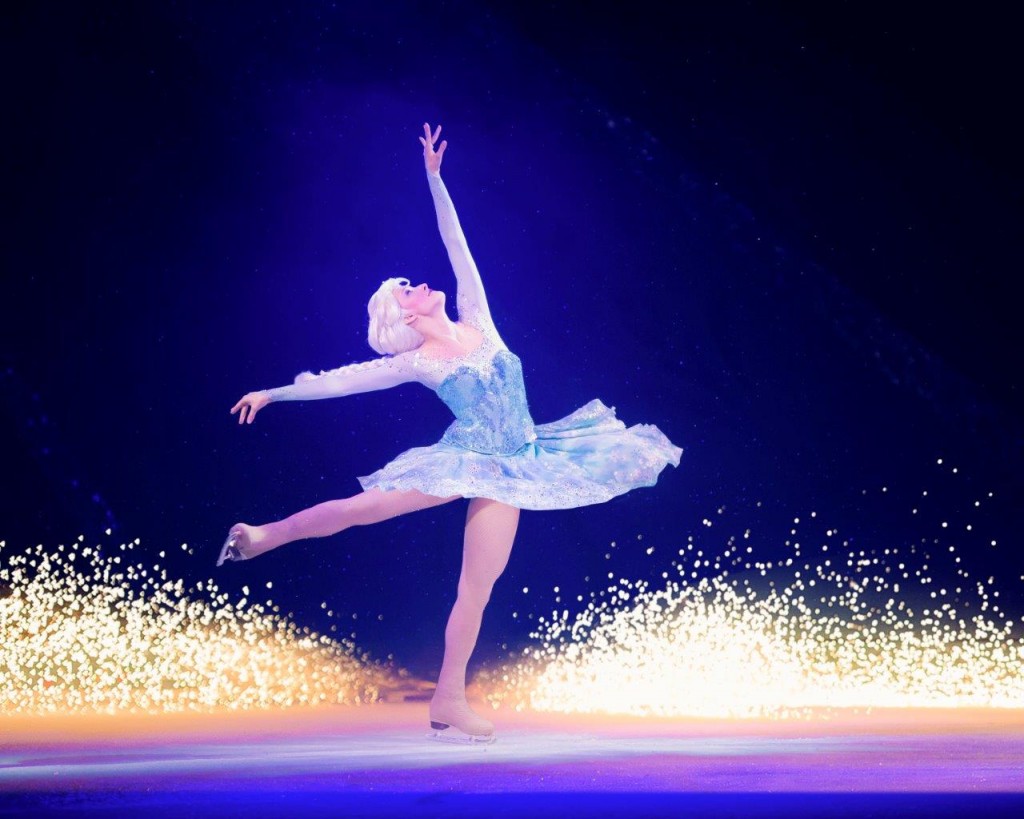 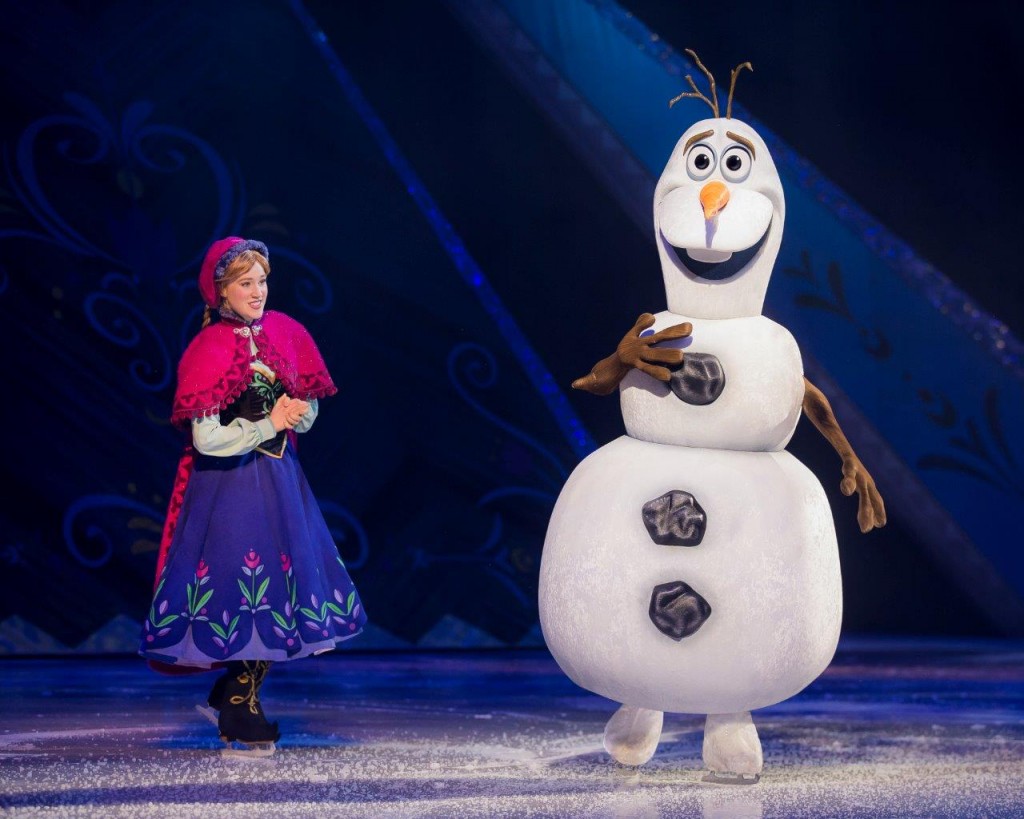 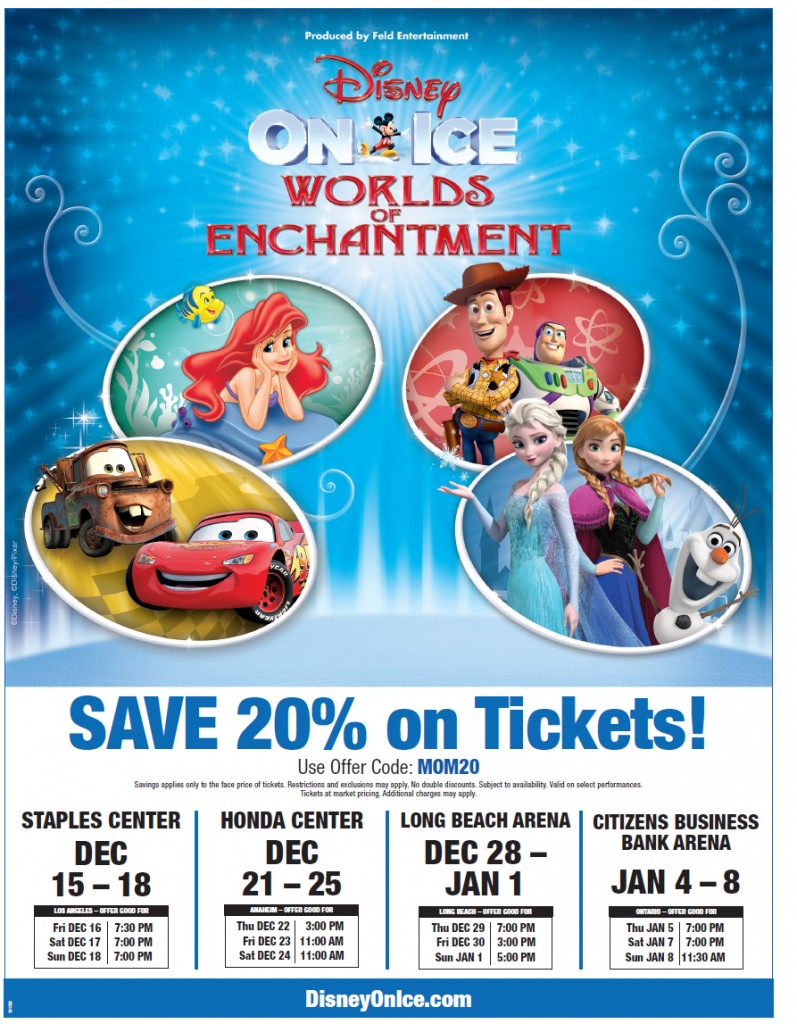 From Wheels to Waves & Icy Wonderlands to Infinity and Beyond!

DISNEY ON ICE presents WORLDS OF ENCHANTMENT Coming To the Southland December 15, 2016 – January 8, 2017

**By Popular Demand, Featuring Magical Moments From #1 Animated Movie of all Time, Frozen**

Rev up for non-stop family fun with four of your favorite Disney stories when Disney On Ice presents Worlds of Enchantment comes to the Southland. This action-packed ice spectacular showcases beloved characters from

Thrill to high-speed stunts and high-octane fun, as Lightning McQueen, Mater and the crew of Disney•Pixar’s Cars race across the ice. Dive into adventure with Ariel from Disney’s The Little Mermaid, as she explores her undersea kingdom. The toys are back in town with heroic action when Buzz, Woody, Jessie and the Disney•Pixar Toy Story gang escape Sunnyside Daycare in a daring adventure to get back to Andy’s room. Plus, enter the wintery world of Arendelle with sisters Anna and Elsa and pals Olaf and Kristoff from Disney’s Frozen as they learn that true love comes from within.

Plus, get warmed up for the show right in your seats with exclusive dance moves taught by the mouse that started it all during Mickey’s Dance-Along Pre-Show Party, as the Disney On Ice skating athletes remind everyone that getting active can help you be your best! Then you’ll be ready to enter a dazzling world of Disney magic to see some of your family’s favorite Disney moments come to life in Disney On Ice presents Worlds of Enchantment, with dazzling skating, special effects and timeless characters certain to create a lifetime of memories.

TICKETS: Ticket prices start at $25!
Discount Opening Night tickets available for as low as $15 each on select seating (not valid for premium VIP/Front Row seating)

TICKETS: Ticket prices start at $25!
Discount Opening Night tickets available for as low as $15 each on select seating (not valid for premium VIP/Front Row seating)