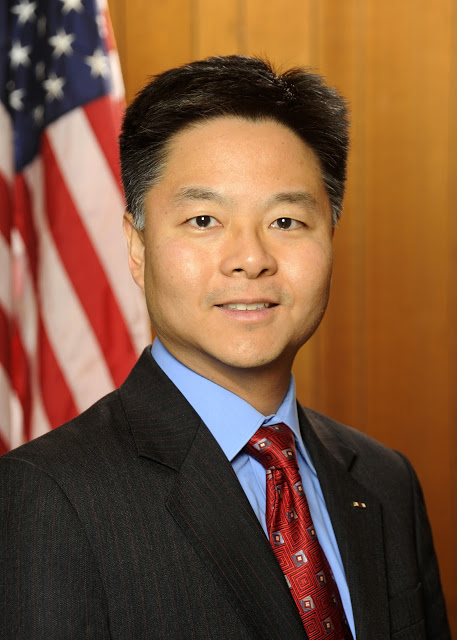 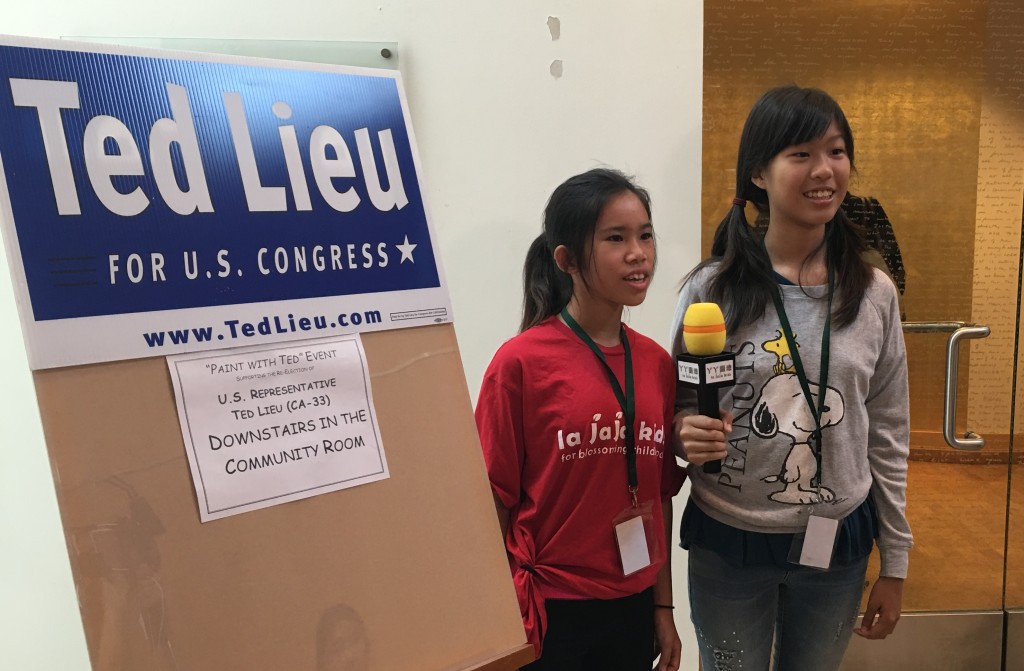 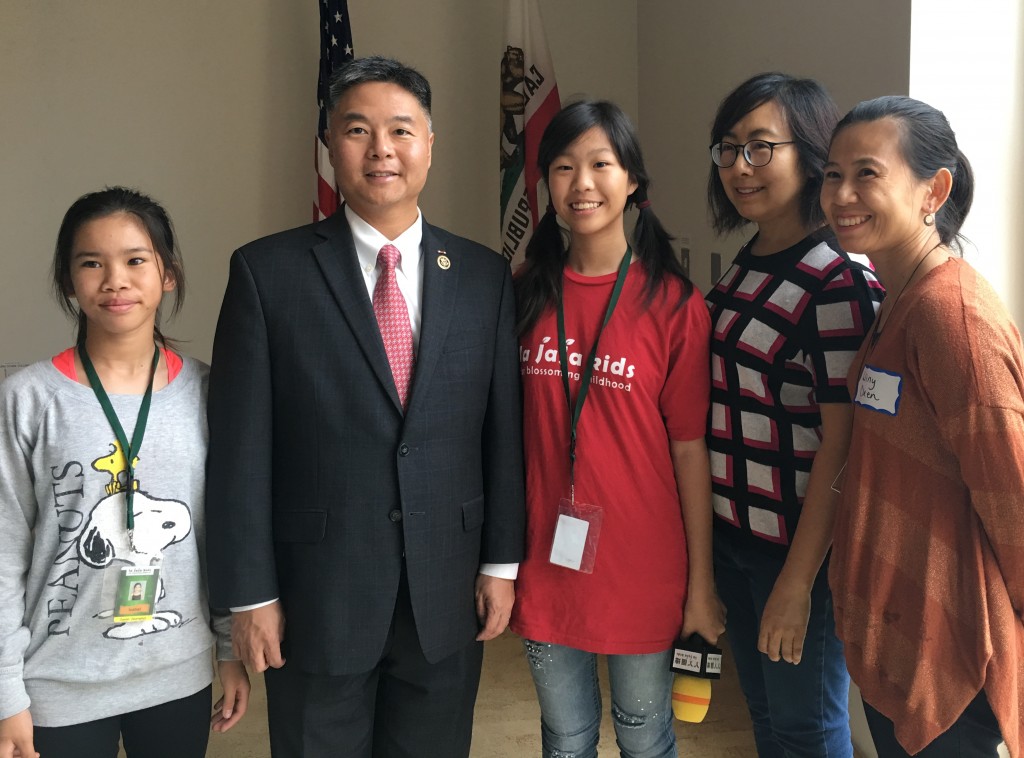 Current Congressman and former Senator Mr. Ted Lieu gives his opinions of current issues in America at the PV Library in Rolling Hills, California on October 30, 2016.

Congressman Lieu, of the Democratic Party, admits that part of the reasons he went into politics is because of his childhood experience. His family led a tough life when they first moved from Taiwan to Ohio. After much hard work and dedication, they overcame their difficulties. In his opinion, Congressman Lieu’s family achieved the American dream. This background inspired him to go into law and politics so he could help others.

In 2011, Congressman Lieu and his family has been victims of a swatting incident, when a criminal makes a fraud emergency call stating that someone has killed other people, causing police to spend their time and supplies on a crime that is nonexistent. The incident led Congressman Lieu to press for increased penalties on this type of crime.

“You will be interviewing Congressman Ted Lieu this Sunday,” my father informed me on Friday afternoon. I never thought I would ever hear those words. I felt really excited and nervous at the same time. Two La JaJa Kids Junior Journalists would be preparing for one of the biggest interview of their lives.

Right away, I started researching about Congressman Lieu. I found out that he is a representative of California’s congressional 33rd district. He is part of the democratic party.He is an immigrant from Taiwan. He moved to America with his family when he was three, seeking a better life. He also spoke at the 2016 Democratic National Convention endorsing Hillary Clinton as president. I also found he lives in Torrance with his wife and two sons.

From that research, I came up with some questions such as:
1)Lately, one of the big talked about issue is immigration reform. The republican candidate Donald Trump proposed to build a wall on the border between the US and Mexico. What’s your proposed solution on this topic?
2) A few months back, I watched you speak at the 2016 DNC. How was it like to have that opportunity to be able to share the stage with the top officials of this country? Can you share with me that experience?
3)Within both the democrat and republican parties, there seem to be a lot of disagreements on some issues. Has this problem ever happened to you? If so, how did you deal with it?
4)I know that you are a busy man, Is it hard balancing your family and your job?

My first question came to mind when I started researching about some issues that were talked about a lot recently. I saw an article about immigration reform. Since Congressman Lieu is an immigrant himself, I wondered what he thought about this topic and how it affected immigrants. My second question was thought up of when I remembered a few months back, I watched the Democratic National Convention where they nominated their party’s candidate for president. I saw that Congressman Lieu had spoken and nominated Hillary Clinton for the democratic candidate of the 2016 presidential election. Then, I wondered what Congressman Lieu’s thoughts on that experience were. For the third question, I know that Republican and Democrats are like black and white but, I wanted to question how Congressman Lieu deals with it. For my last question, I learned that he has a family of four, and that seemed really hard to balance with due to his demanding job. So, I decided to ask how he manages his family life with his job.

My questions were later revised as:

2) A few months back, I watched you speak at the 2016 Democratic National Convention that nominated the first woman candidate for the presidential election. How was that like?

3) In the Congress, there seems to be lots of disagreements between the Republican and Democrats. You are a Democrat, in your years of public service, if your Republican friends disagree with you in certain policies, how do you deal with it?

4) I know that you are a busy man, how do you balance your family and your job?

On the interview day, I met up with Karen at the Palos Verdes library to do our interview. We kept practicing our questions over and over again so we wouldn’t mess up our interview. When, I interviewed Congressman Lieu, the answers I got from him were that Immigration affects Asian immigrants just as much as any immigrant. Congressman Lieu is an immigrant himself. If our republican candidate Donald Trump wins, he will build a wall to prevent immigrants from coming into the US. He informed me that his experience at the DNC was very thrilling, and that it was a great opportunity and honor to speak at the DNC. He was proud to be endorsing Hillary Clinton as the first female democratic nominee for president. He also informed me that balancing his family and job is not easy. On Monday morning, he flies to Washington D.C. and flies back to LA every Thursday afternoon. He does this three weeks in a month.

I learned a lot from this amazing experience and opportunity. I think Congressman Lieu is a great politician.