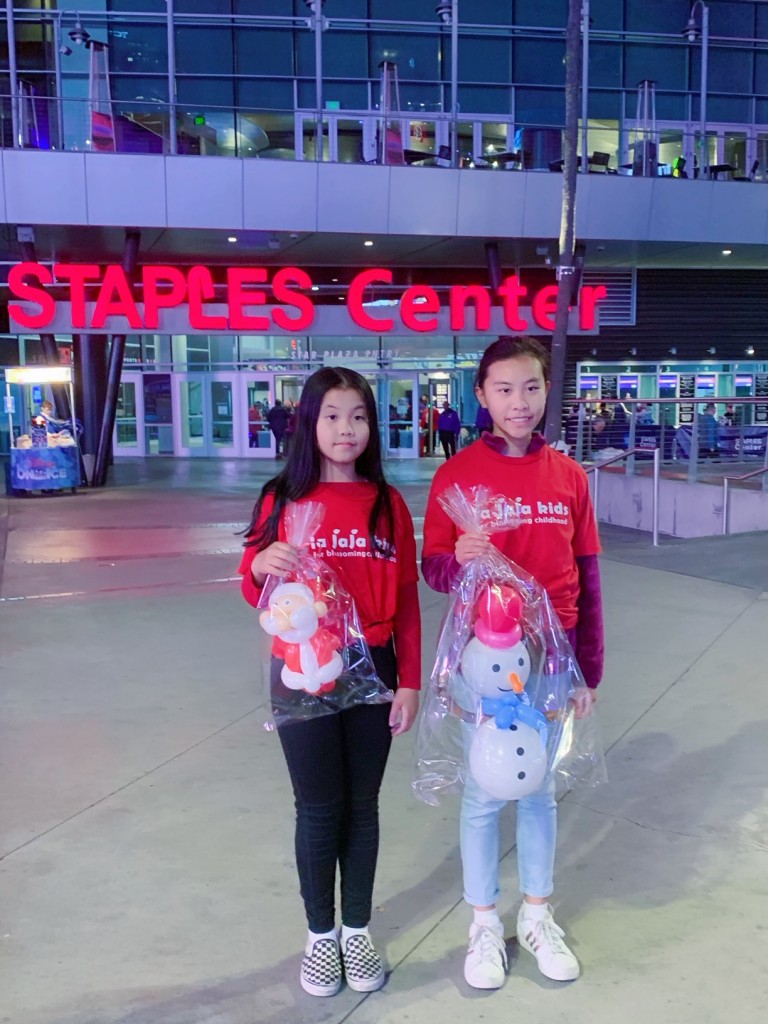 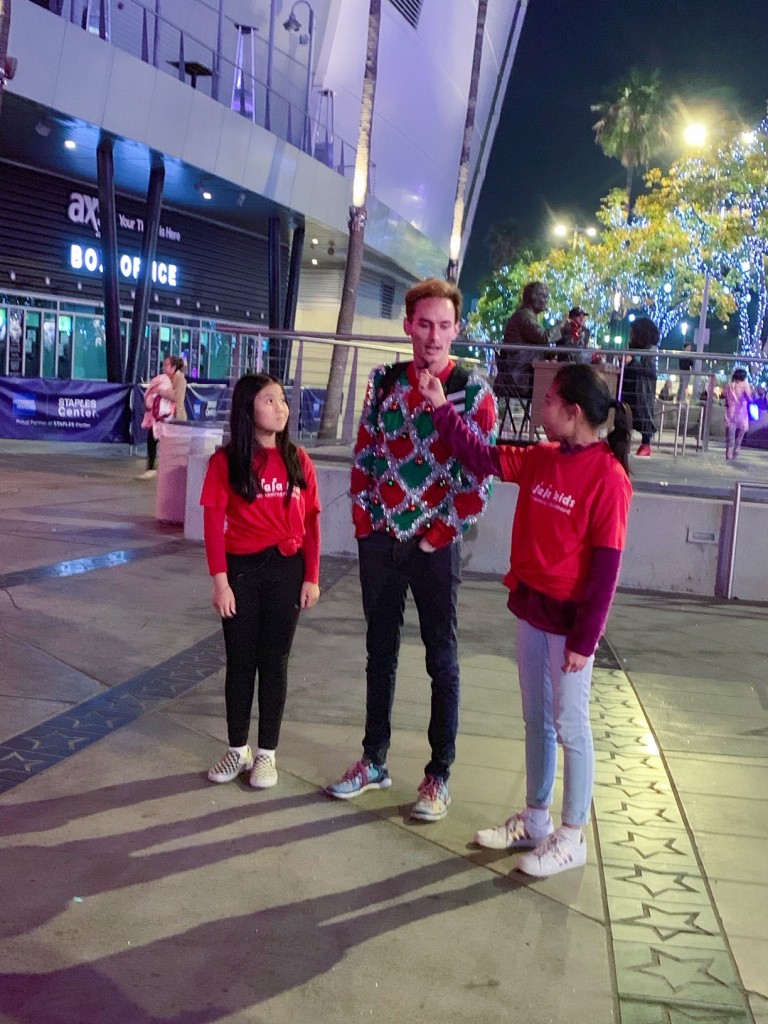 Have you ever wondered what it was like to see Disney characters on ice? Well today, me and my co-interviewer, Langie Tsang, went to the Los Angeles Staple Center to see DISNEY ON ICE. This year’s theme is Mickey’s Search Party. Disney on ice, wants you to take out from this performance to create an unforgettable memories and to become part of the story when Disney on ice presents Mickey’s Search party. This brand new immersive ice skating experience brings the magic closer to the fans and for them to engage to the show. These performers achletism mixes with acrobatic and aerial stunts to bring in ice skating skills to new heights. These adventures is told through multi leveled performances  that immerse fans into the fantastic worlds of Disney. The Disney movies that are in this show is the Disney pixar’s Coco, Frozen, Moana, Beauty and the Beast, Aladdin, Toy Story, and The Little Mermaid. This all new show will be skating into the Southland playing L.A, Anaheim, Long Beach, and Ontario, from December 12th-January 5th.
As I just walked into the Staple Centers, I realised that there would be lots of people going to this show. It looked like there were about thousands of people. As I walked in the stadium, I saw Disney characters skating, and the first one I saw was Coco. I was really amazed about how good they were because if I tried to skate like that, I would just fall. I was so happy and excited to be there because it was so fun to watch the story and how they ice skate. My favorite part is when in the Coco part, there were people going up the bar, and they were swinging all over the place, even though it looked really hesitating to look at but it was really amazing. I also liked when Elsa entranced the door with the main song. 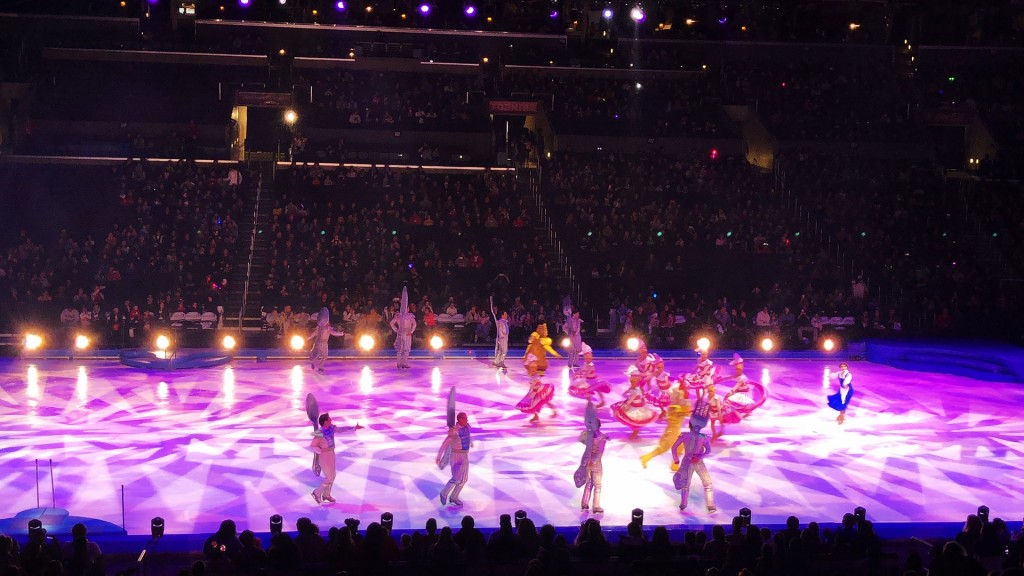 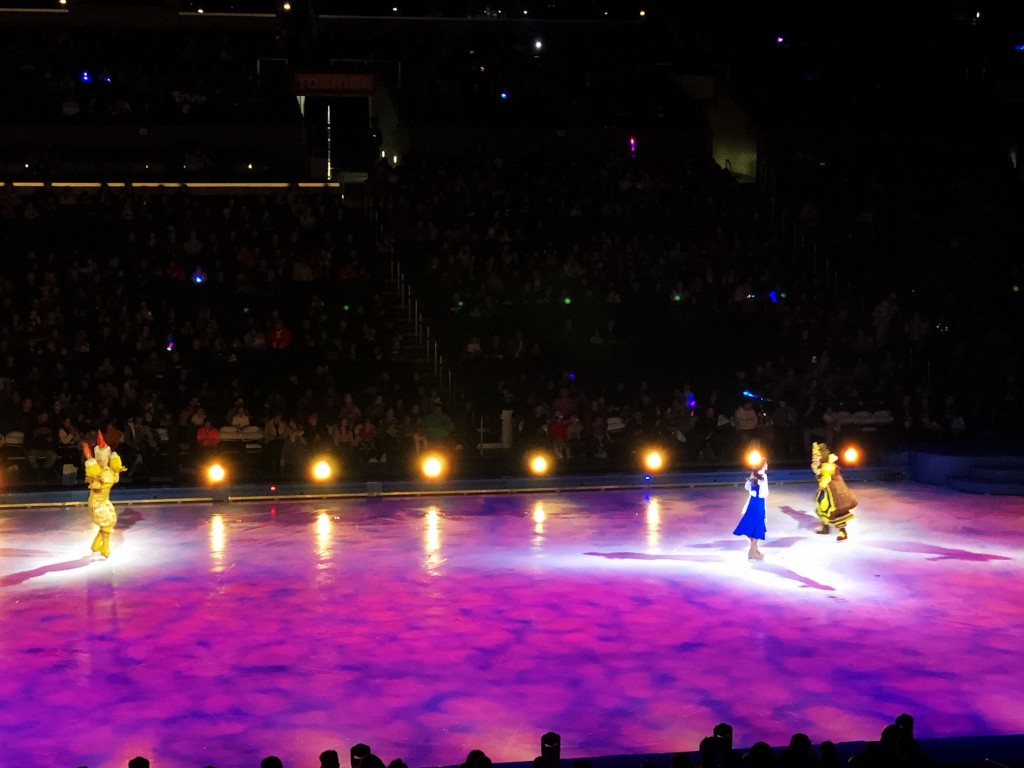 Today, we went to Disney on Ice Mickey’s Search party at the Staples Center. Here, you can watch many Disney characters perform on the ice. This event will happen from December 12 to January 5. Some of the movies that were in the show were Coco, Frozen, Toy Story, The Little Mermaid.
One of the things I liked about the show was when they bring back the beginning song from Frozen 1,” Frozen Heart”, about the ice workers that take the ice cubes out of the ground. In my opinion, Disney on Ice made it even better by doing incredible flips on slide-like blocks. For a finishing touch, they added a big flip with Kristoff flipping off all the ice cube props stacked very high. I think that was one of my favorite moments of the show.
Another one of my favorite parts was when Ariel and Prince Eric did some acrobatic moves in the air with a rope. Their moves definitely would need lots of practicing and the two would need to trust each other. Ariel did a
scorpion on the rope for more than five seconds! They both did unimaginable moves in the air and twists. One of the most wonderful things you have to remember about this show is that all of the dancers are doing their dancing on ice which probably makes it harder to dance and balance. Honestly, I think the show this year was better than last year’s show. Don’t forget to check out this amazing event! 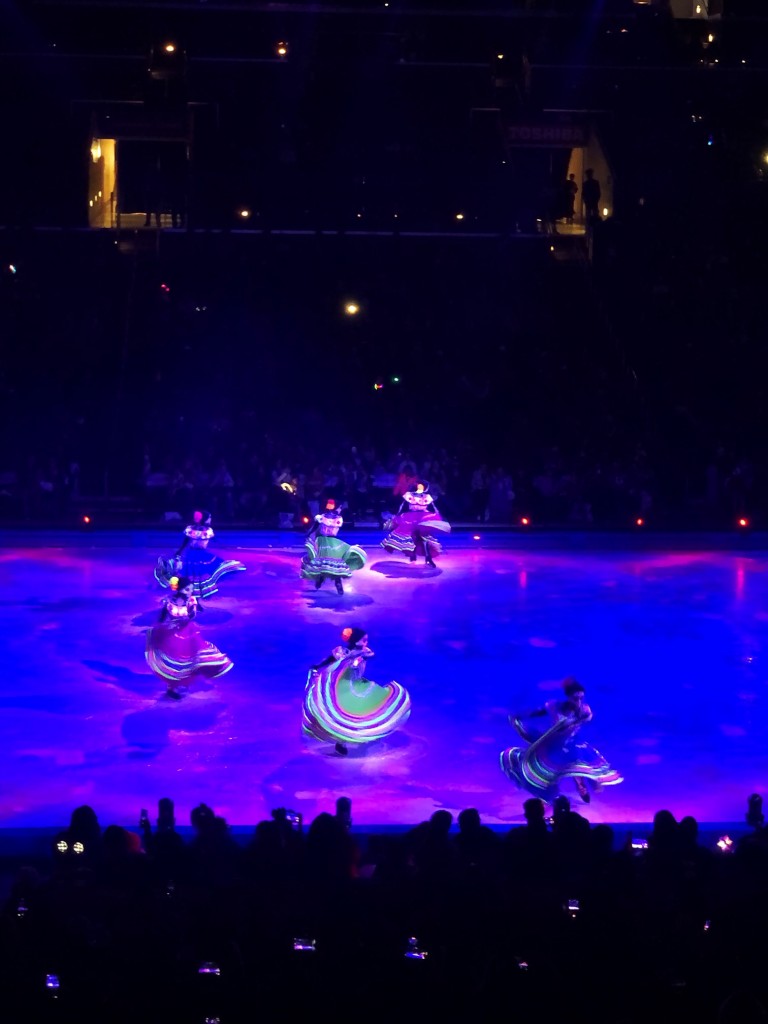 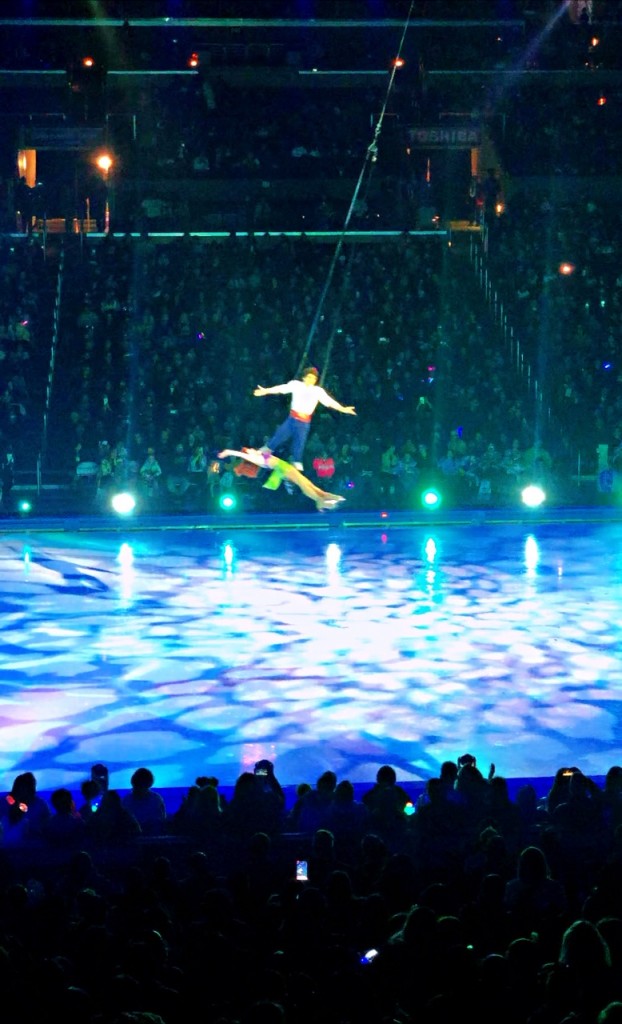 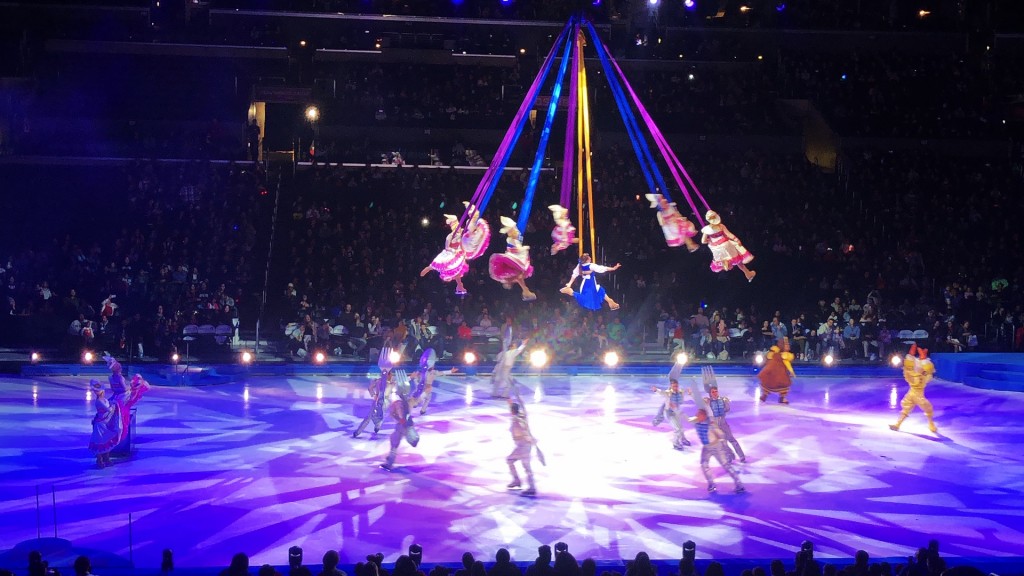 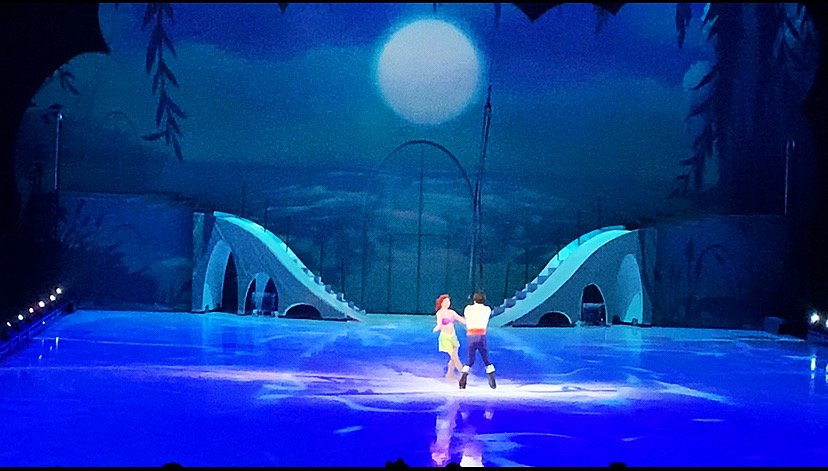 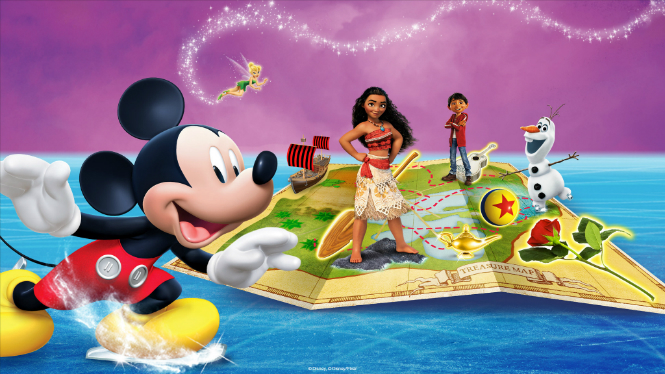 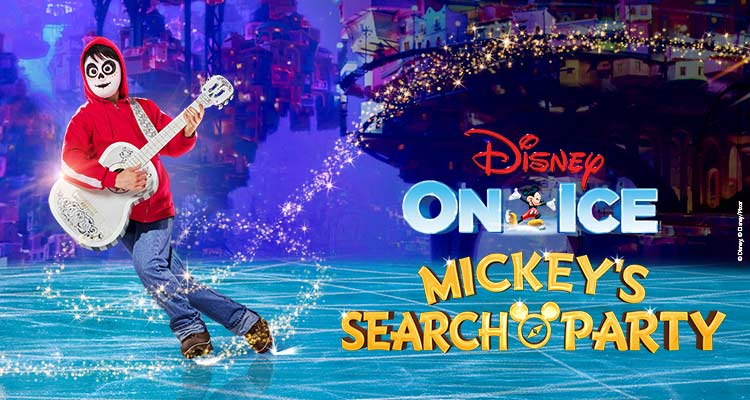 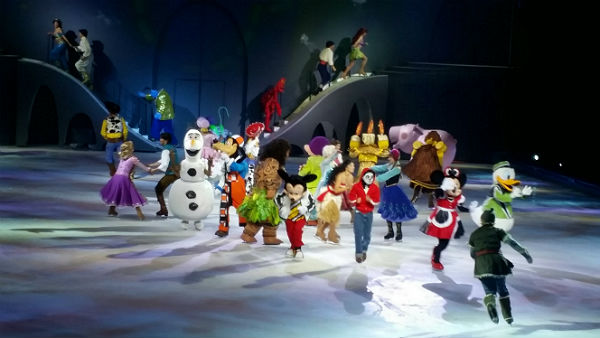 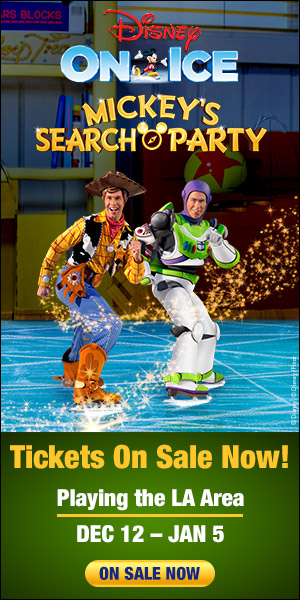 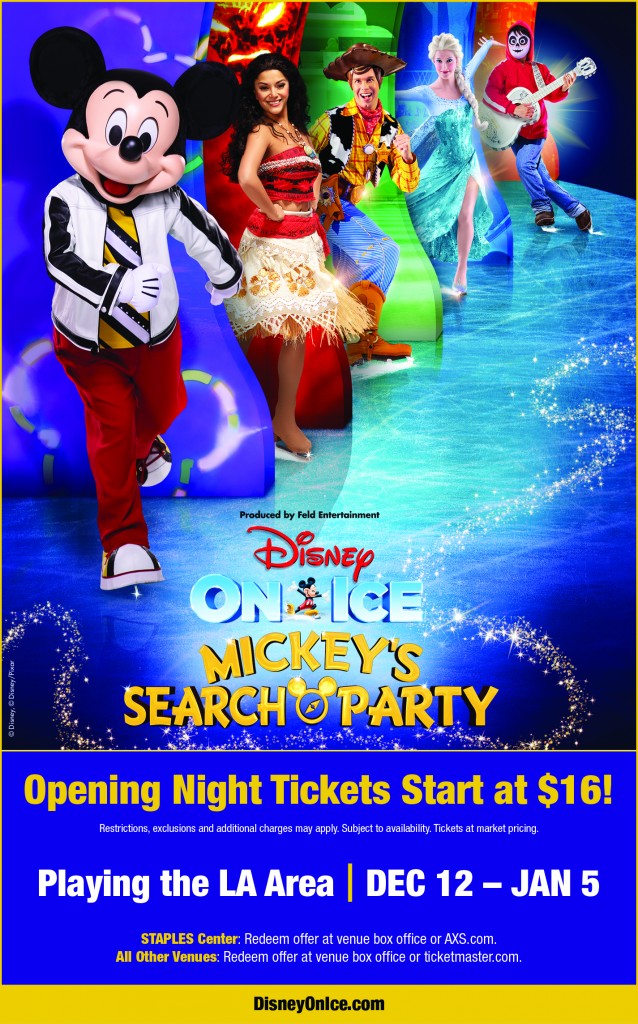