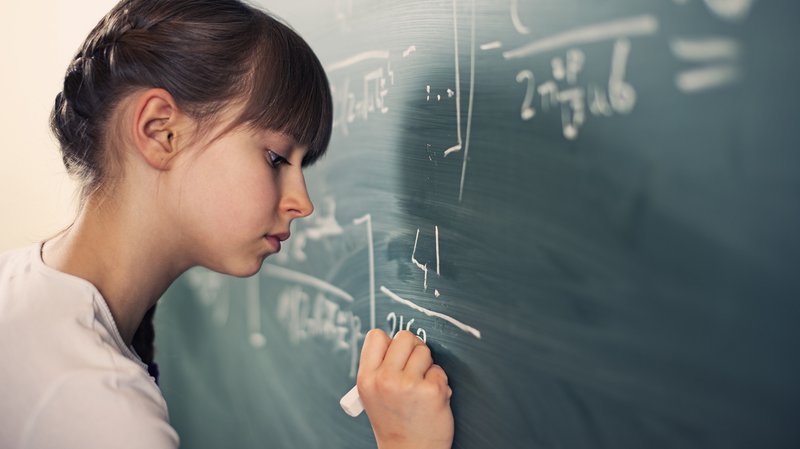 There’s no two ways about it: From a young age, girls are just as good at math as boys. Even so, a gender gap in math-focused fields persists, as women remain less likely than men to pursue high-level studies and careers in these areas.

Now, the findings of a new analysis might help explain a crucial piece of this longstanding discrepancy. According to a study published today in the journal PNAS,many girls who do every bit as well as their male peers in mathematics may still decide on more humanities-centric careers—because their verbal skills outshine their already high marks in math.

The research, which drew on data from more than 300,000 high school students from 64 countries around the world, emphasizes the key distinction between absolute and relative performance in math and reading. Around the globe, students of all genders are proficient in both subjects. But because they’re socialized to view mathematical and verbal aptitude as mutually exclusive, many students might believe they must choose one or the other, despite being well equipped to pursue both areas of study.

Because the paper examined data from only a single point in time, comparing students’ test scores to their future academic and career intentions, it can’t say anything definitive about cause and effect. Nonetheless, the authors argue that the girls’ comparative verbal advantage, measured by the difference between their scores in reading and math, could account for up to 80 percent of the gender gap in the inclination to go into math-related fields.

However, experts caution that the findings should not be interpreted as a reflection on innate differences in ability between the genders. It’s well-established that social and cultural norms, including the stereotypes and biases imposed on children from a very young age, account for a large part of the gender gap in the science, technology, engineering, and mathematics (STEM) fields. It’s likely that these norms are also the driving force behind this study’s results, the authors say, and social cues might still motivate young girls to prioritize verbal aptitude in a way that’s reflected in their high school performance.

In the study, economists Thomas Breda of the Paris School of Economics and Clotilde Napp of Paris Dauphine University analyzed data from the Programme of International Student Assessment (PISA), which conducts educational surveys in nearly 100 different countries every three years. All participating students were 15 years old—an age at which they were likely preparing to make major career decisions, Breda explains. The academic and professional intentions students report at this age tend to match up well with what they end up pursuing, he says.

Across the 64 countries analyzed in the study, students planning to pursue math-intensive studies and careers were more likely to identify as male than female, echoing trends that have been reported before. But while male students scored, on average, slightly higher in math than their female peers, the difference was small, and determines less than 10 percent of the observed gender gap in intentions.

In fact, almost none of the gap could be explained by how students were doing in relation to each other. Rather, it seemed to be more about how skills stacked up withineach individual: While most girls excelled at reading over math, boys tended to show the opposite trend. Though there was no evidence to show that girls were doing poorly in math, their scores at age 15 seemed to reflect that they had a relative edge in the verbal department—one that had a big effect on their intentions for the future. And when the researchers adjusted for girls’ comparative verbal advantage in their data, the gender gap disappeared almost entirely.

Part of this effect is probably attributable to the misconception that a student can be a math person or a verbal person, but not both, says Heather Metcalf, Chief Research Officer at the Association for Women in Science, who was not involved in the study. Such a false binary could constrain the choices students make at a critical time in their education, she says.

What’s less clear, though, why girls score better in reading than math at age 15. Because the study didn’t track students over time, its results alone can’t definitively answer that question, Breda says. But he emphasizes that the study shouldn’t be misinterpreted as suggesting that women are inherently “worse” at math.

Years of research and many other studies have found no evidence for biology driving the gender gap in math. Instead, it seems social and cultural forces are to blame—a theory backed up by the fact that the gender gap (as well as girls’ comparative verbal advantage, according to the new study) differs quite a bit between countries.

“Society still feels like girls are not as smart, or should not be in math,” says Nicole Joseph, a mathematics education expert at Vanderbilt University who was not involved in the study. 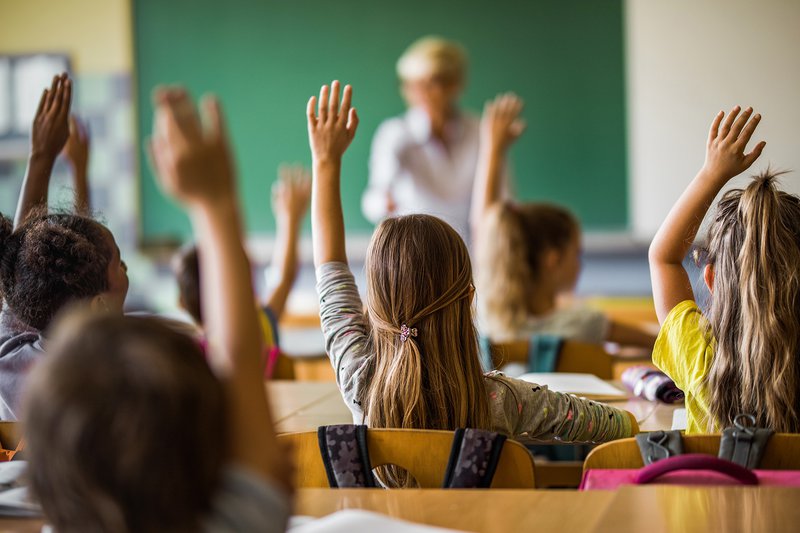 This, along with a bevy of other biases, may be seeding the gender gap as early as kindergarten. Teachers, parents, and peers may inadvertently favor students who fit stereotypical gender roles. Girls internalizing messages from mentors and media sources alike may subconsciously shy away from “unfeminine” fields of study, or underestimate or discount their own skill level in STEM, despite doing just as well as boys.

As schooling continues, the gap only grows—and discrimination clearly persists at even the highest levels, Metcalf says. “Even when women go into math-related fields, there are pay inequities, and inequities as they advance into leadership positions.” In other words, there are plenty of hurdles—not just to entry into STEM fields, but to retention and advancement.

As such, addressing the underrepresentation of women in math-related fields is no simple task. Effecting change will require boosting girls’ confidence early in their education, exposing them to a wealth of career options and role models, and generally increasing the visibility of women in STEM. And much of the battle will come down to debunking existing stereotypes—about not only gender and other aspects of identity, but also math itself.

For instance, women who are motivated to seek a career that will have a positive impacton the world may also be socialized to view math-focused fields of study as incompatible with this goal, Metcalf says. Bridging the gender gap, then, could require both sparking enthusiasm for math at an early age and making students aware of the societal benefits math-heavy careers can have.

There also won’t be a one-size-fits-all approach to this issue, which ultimately encompasses far more than gender, says Juniper Simonis, a quantitative ecologist at DAPPER Stats and 500 Women Scientists leadership team member who was not involved in the study. While the current research is ambitious, they add, the global- and country-level analyses presented present an oversimplified account of the gender gap, which, despite its name, involves more than gender-based discrimination.

That’s due in part to how PISA collects data, focusing primarily on country-wide statistics, Breda says. But that limitation, Simonis says, makes it difficult to disentangle the relative contributions of other aspects of identity, like race, ethnicity, LGBTQ status, socioeconomic variables, and more—all of which will inevitably affect the barriers individuals face in school, the workplace, and beyond.

“The reality is that people aren’t just their gender,” Simonis says. “It’s important to acknowledge and incorporate information about other factors that also significantly impact and intersect with gender-based opportunities.” What’s more, though gender continues to be portrayed as binary in many contexts, it’s important to point out that it’s not, they add.

Joseph agrees, highlighting the fact that girls and women who are also underrepresented minorities are especially marginalized in math-related fields. While more women overall have earned math doctorates in the United States in recent years, most of this increase is due to the advancement of white women. The numbers of Black, Latinx, and Native American women in these cohorts, on the other hand, have barely budged.

Acknowledging intersectional identities in the gender gap will be key to designing effective interventions, Joseph says. Such an approach could end up being a boon for those hoping to tackle the stubborn gender gap in math.

“When policies and changes are made without understanding who they’re for, we end up missing the mark,” she says. “Maybe that’s why we’re not seeing the needle move.”