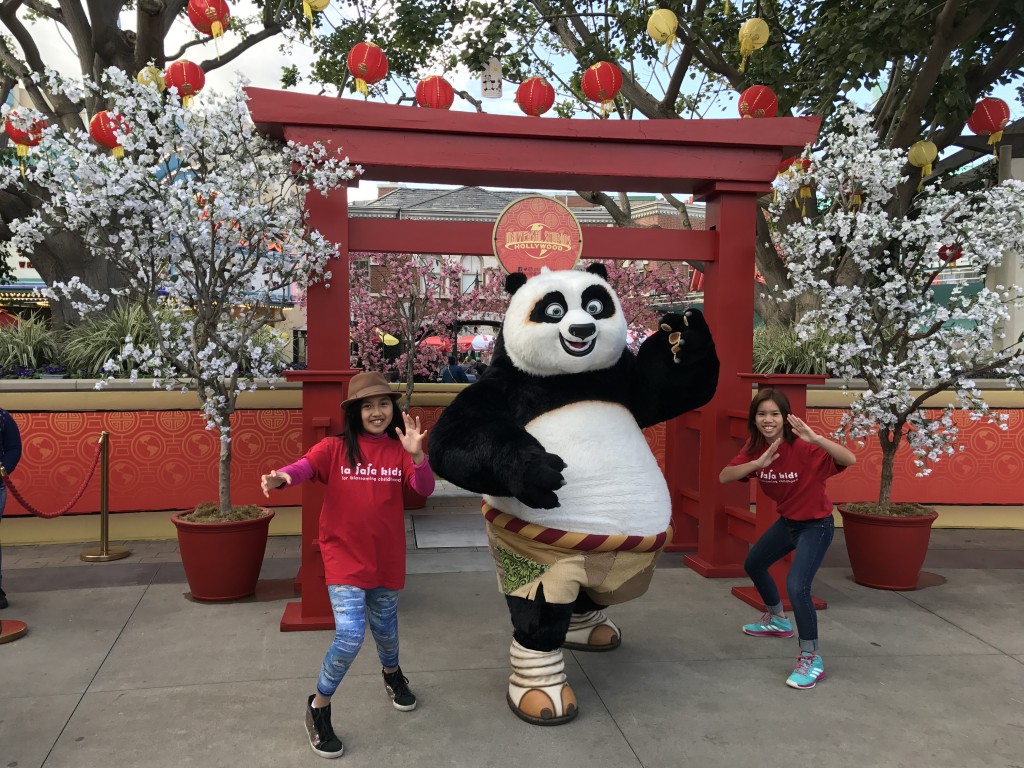 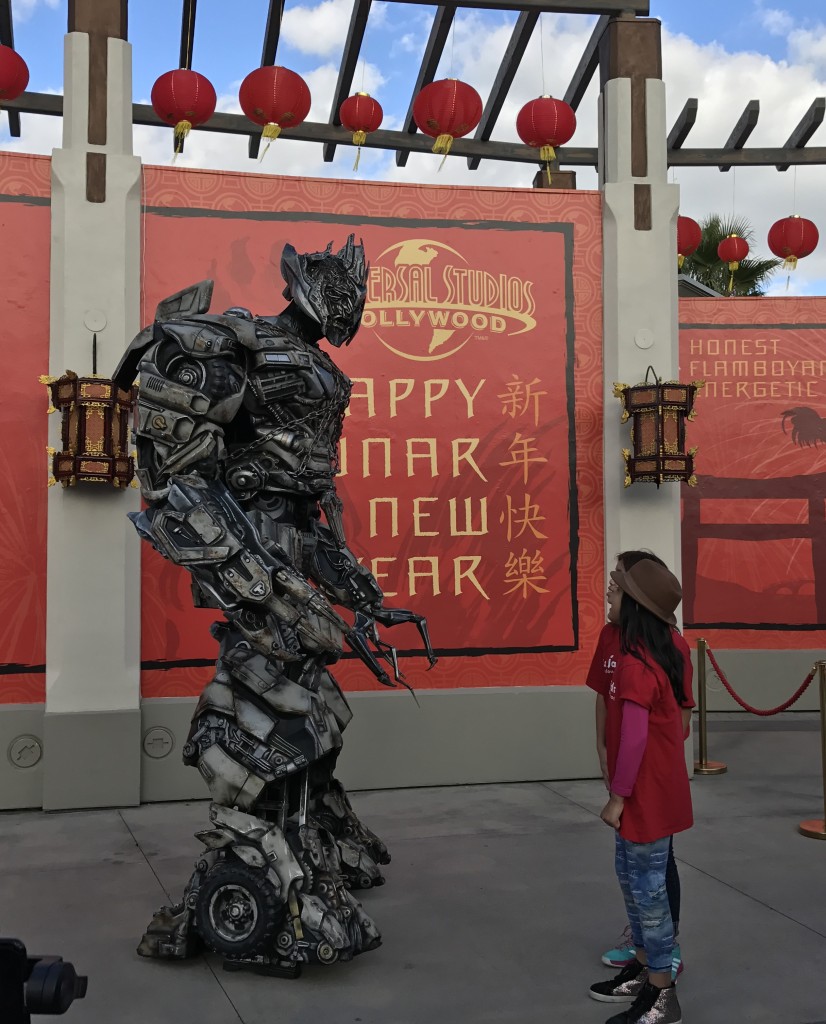 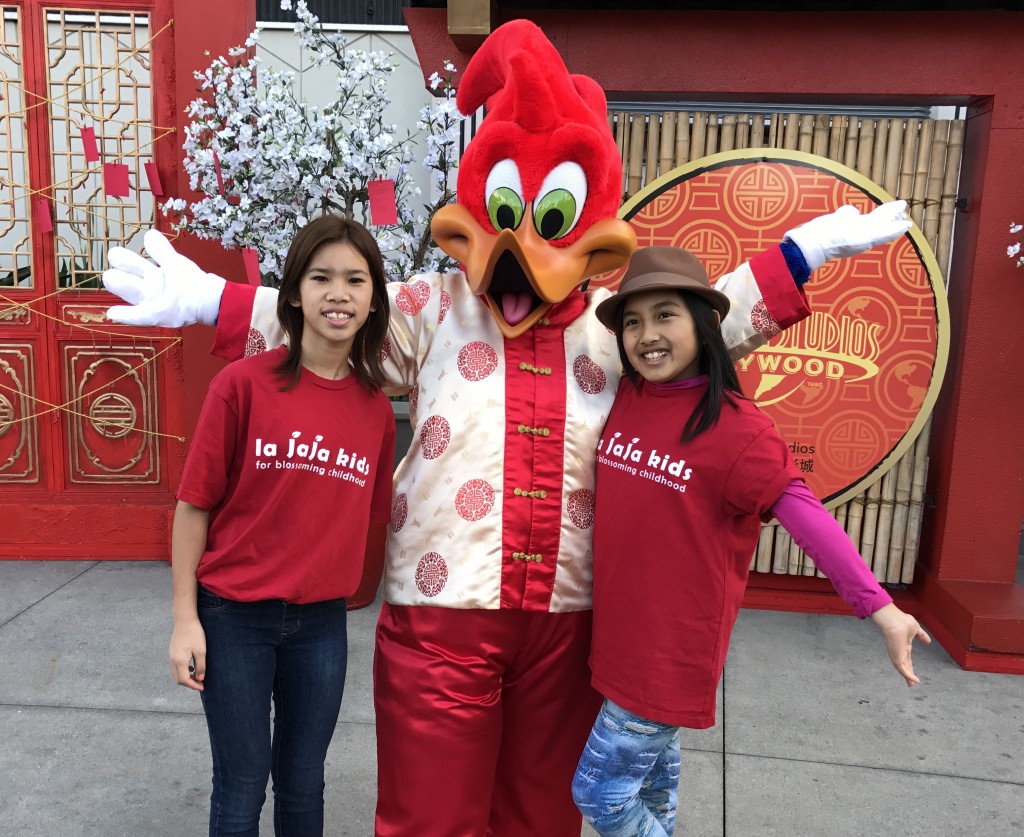 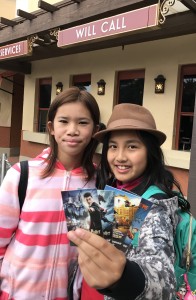 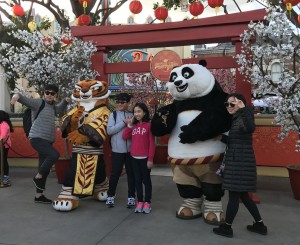 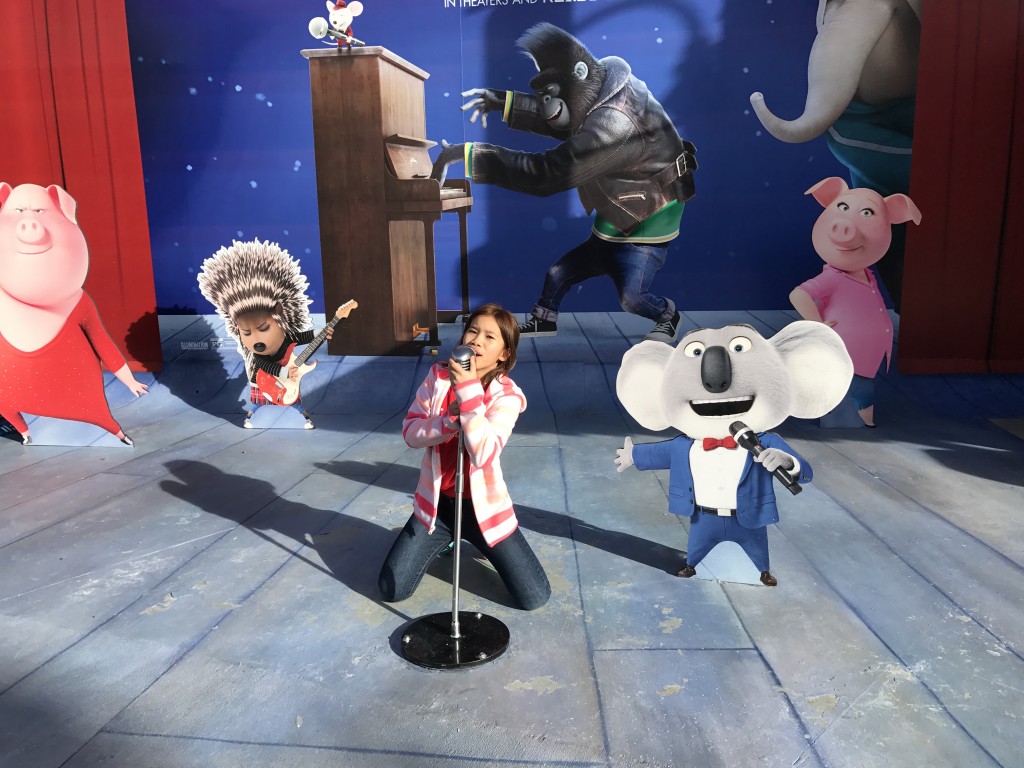 We arrived at the park to see a sea of people, and the magnificent golden globe at the entrance. First, we headed over to the Universal Plaza to go experience the lunar new year celebration put together in honor of Chinese new year. I met Curious George dressed in traditional Chinese clothing, had Tigress and Po from the movie Kung Fu Panda teach me some Kung Fu, and met the fearful Mandarin speaking Megatron. It’s quite frightening when you meet Megatron. My favorite part about the celebration was the wishing trees. On a red sheet of paper, you write down your wish for the new year and hang it on a wishing tree. Your wish is displayed on the tree for everyone else to see. Red is the color of Good Luck in Chinese culture.

Then, we went t 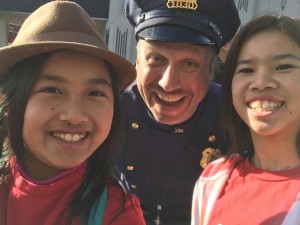 o the Wizarding World of Harry Potter and explored Hogsmeade. I am a huge Harry Potter fan, or as we call it, Potterhead. Out of the four Hogwarts houses (Wizarding School) I am in Gryffindor, the brave house. The other houses are Ravenclaw, the wise house, Hufflepuff, the loyal and friendly house, and Slytherin house, the cunning house that is known to have a bit of a nasty reputation.  I also experienced the delicious taste of butterbeer. But honestly, I felt like I was holding an iceberg instead of the butterbeer. It was only about 55 degrees outside. I explored the rest of Hogsmeade and found chocolate frogs and every flavour beans at Honeydukes Sweets, a wizard candy shop. I saw  some hysterical pranks at Zonko’s Joke Shop, saw Hogwarts uniform at Gladrags Wizardwear, and tried out wands at Ollivanders. I even got to touch and use some famous wizards and witches wands, such as Harry Potter, Hermione Granger, Ron Weasley, Lord Voldemort, Neville Longbottom, Ginny Weasley, Luna Lovegood, and Bellatrix Lestrange to name a few. Sadly, we didn’t have enough time to get on Harry Potter and the Forbidden Journey. But regardless, I had the time of my life at The Wizarding World of Harry Potter.

After finishing up my delicious butterbeer at Hogsmeade, Jaslyne and I went to the Lower Lot to get on Jurassic Park’s River Adventure. The ride was stomach-wrenching. We saw replicas of great dinosaurs that once roamed the Earth. But the best part was the exhilarating 84 feet drop. It was a lot of fun, until I got soaked completely with water at the end.

After our literally breathtaking adventure on River Adventure, we got to relax on the calming studio  tour. It was cold and windy, but there was pure excitement in the air. I learned some pretty interesting facts about Universal Studios. It is one of the largest film companies. We passed some sound stages, where things on TV were being filmed. I was in awe when I set my eyes on one of the most famous sets ever. I saw the clock tower from the classic 1985 movie trilogy, Back to the Future starring Michael J. Fox. Another thing I saw that amazed me was the bright red ferrari that was driven by famous actor Tom Selleck, who starred in the hit 1980s show, Magnum P.I. that ran on TV for Eight Seasons!

The last attraction we went on was the loved Simpson family ride. The Simpsons are a lovable family that live in Springfield. The television show has been running for 28 seasons and is still running to this day. The family consists of Homer, the father of the Simpson family who is a lovable but careless buffoon who works as a safety inspector at the Springfield Nuclear Power Plant, Marge, the average American housewife, their troublemaking son Bart, their overachieving daughter Lisa, and their baby Maggie. The story was that Krusty the Clown had created a new ride. The Simpsons will be the forat to ride it. But, there’s Sideshow Bob, a guy who used to work for Krusty who plans on killing Krusty and the Simpson family. Grandpa Simpson and Maggie can’t ride due to ride restrictions. Grandpa Simpson falls asleep and Maggie escapes into a nuclear reactor room, which causes her to grow extra large. Then, Sideshow Bob takes control of the ride and switches the mode from thrilling to killing. This is a stimulation ride. I loved this ride. 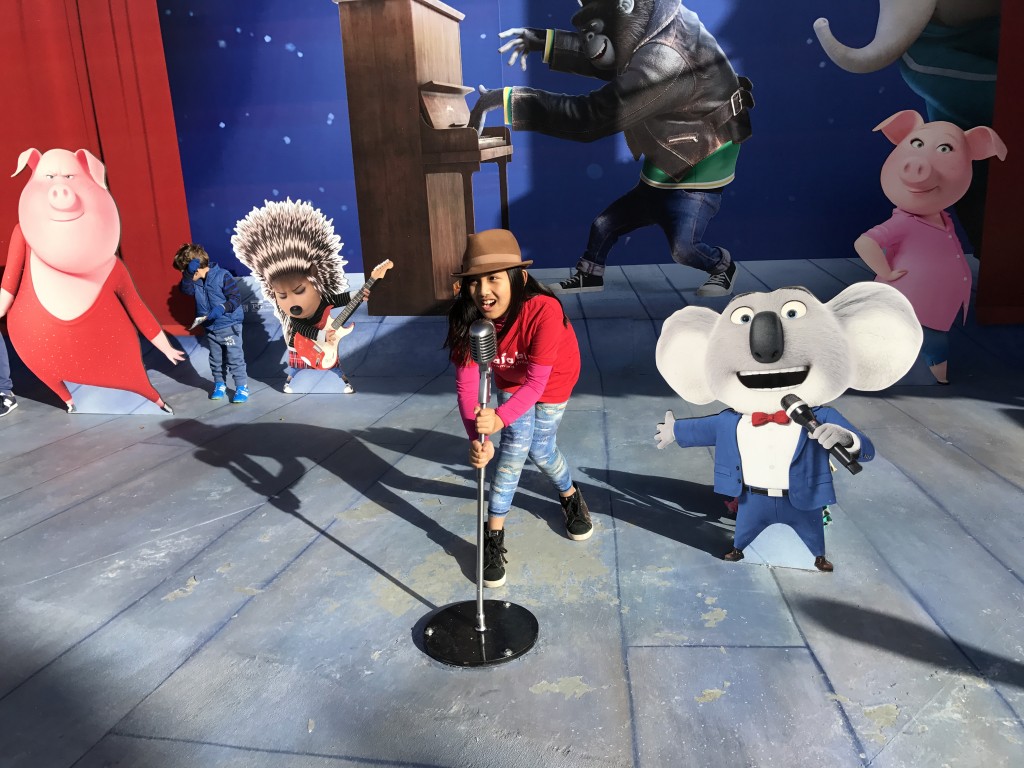 At the park, the Lunar New Year area was very festive and tremendously red. Everyone was chattering excitedly to each other, and we felt very excited to be there. We walked around the area, taking a picture with Po from Kung Fu Panda, and writing down our wishes on red paper to put on the wish tree. Seeing famous television and movie stars dressed up in Chinese clothing looked so strange, yet also looked fun! Suddenly, we heard loud mechanical noises, and suddenly a Mandarin Speaking TRANSFORMER was there! When we had the chance to talk to him, we were frightened. He had sharp claws for hands and a low, mean voice. We took a picture with him, but we were petrified the whole time. All in all, The Lunar New Year Celebration was a ton of fun! Then, we went to explore the park.

We passed by many dressed up characters along the way. For example, a New York Cop and a nice couple talking in their New York Street apartment. The actors were incredible! They sounded a lot like New Yorkers, like they actually were born and raised there. (Which they actually might have been!) It was great talking to them, and the props and setting really made me feel like I was in New York!! Afterwards, it was Harry Potter time!! We drank Ice Cold Butterbeer and explored Honeydukes candy shop. The Butterbeer was tremendous, and absolutely delish! Then, we went on probably one of the most popular rides, Jurassic Park. The ride was excellent, not to mention more than a little wet! After the ride, Isabel and I were soaked to the bone! But, we had to go on the Studio Tour, which made Universal Studios unique. On the Studio Tour, it was very cold but still enjoyable. Did you know that they mix milk with water to make rain visible to the camera? Talk about disgusting. I would NEVER want to drink that. When the tour was over, we were promised one more ride. We chose the Simpsons ride. Inside, the ride was entertaining and, very importantly, warm. At the end of the ride, Isabel and I were sad to go, but we knew we had a great experience, and it will always be in our memories. Universal Studios has a GREAT Lunar New Year Celebration, and rides, and I will definitely come again.