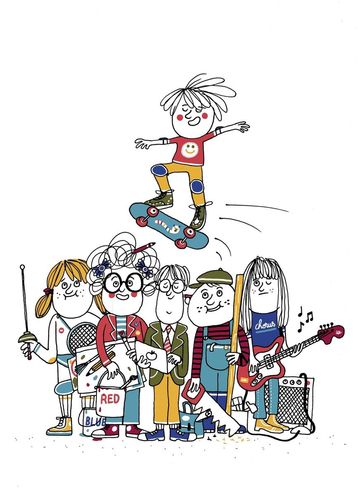 Why It’s Hot: Safe to say that the days of sneaking comics under the covers at night are over: Raina Telgemeier’s illustrated sixth-grade epic Smile has spent more than 200 weeks on the best-seller list, and in 2015, graphic novels won Newbery, Printz, and Caldecott honors.

Students learn to turn simple shapes into famous characters like Garfield, illustrate an emotion such as “anger” or “shock,” invent a brand-new superhero, or concoct an entirely original storyline. “It inspires me to draw different stuff and use techniques that I’ve never used before,” says Elijah Mata, 10, an aspiring cartoonist from Wayne, Michigan.

Besides the fact that being able to draw Batman carries serious cachet on the playground, creating a graphic novel can be a valuable form of self-expression. “Many times we see autobiographical themes in the work students do,” says Adele Falco, founder of Curious-on-Hudson, an enrichment program in Dobbs Ferry, NY. “Kids in our classes are yearning for an outlet to help express themselves.”

Find a Class: Visit Abrakadoodle or Young Rembrandts for classes across the country. 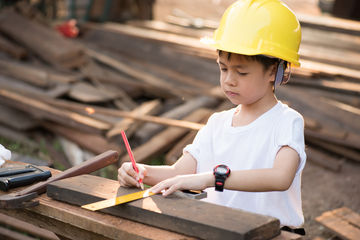 Why It’s Hot: In a screen-saturated world, kids are discovering “the undeniable satisfaction of building something with their hands,” says Sheila Dawson, founder of The Children’s Woodshop Bus in San Diego.

Use a toolbox of drills and hammers to build cool stuff like birdhouses and boats. Kids’ Carpentry offers classes focused on hand tools, which are easier and safer for little ones. Around age 12, kids start yearning for power tools, but Dawson tells her students: “You have the power in your own hands. Learn to use and control that first.”

What’s more empowering than making a car that really rolls? Plus, students get to keep their projects. “My super top was fun to make because you use all the tools to make it,” says 7-year-old Riley Hashimoto, of Fremont, California, who has taken classes with Kids’ Carpentry.

Find a Class: Programs are usually local. Check out Kids’ Carpentry in California, or ask about classes at your town’s hardware store. 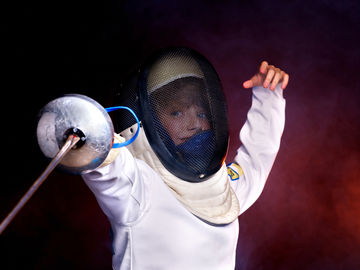 Choose their weapon: either a foil, a saber, or an épée. (Each appeals to different personalities, so it’s like Harry Potter in Ollivander’s Wand Shop.) Then they’ll learn lunges, thrusts, parries, and more before facing off against a partner.

It’s sword fighting! Like in the movies! And yet it’s surprisingly cerebral. “It’s like being in a real chess game, and I am one of the pieces,” says Andrew Silver, a 9-year-old fencer from New Albany, Ohio. 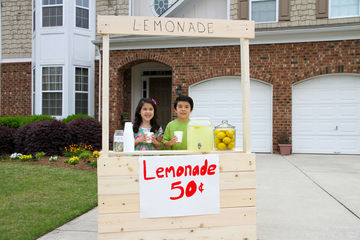 Why It’s Hot: In today’s economy, parents see the value of teaching kids 21st-century skills like leadership, teamwork, and communication. “Because entrepreneurship is about bringing ideas to life and solving problems, it equips kids to be leaders and creators,” explains Thais Rezende, CEO of BizWorld, a business education program in San Francisco.

Launch a real product, such as pencil cases or friendship bracelets. But first, participants learn basic business skills: marketing, pricing, budgeting, and product design. In Bizainy’s classes, kids practice the art of the deal by simulating—in costume!—a rock band’s negotiation with a venue.

They leave class with real-world business skills that can make their lemonade stand the envy of the block. “I wanted to learn some business strategies that could help me with my dog-biscuit business, which I started to raise money for a dog shelter,” says Jack Austen, 11, of Los Angeles, who took a Bizainy class. His prime takeaway: Don’t spend more making your product than you can sell it for.

Find a Class: Visit BizWorld.org or Bizainy.com, which offer programs around the country, or check with your local Chamber of Commerce. 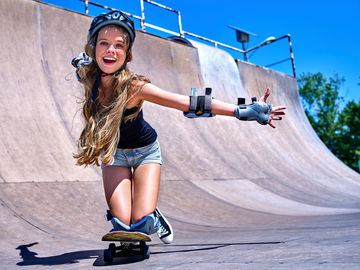 Why It’s Hot: It is the perennial sport of choice for cool kids. Plus, parents who skated back in high school (or wanted to) are eager to see a new generation fall in love with carving and kickflips.

First lessons: stopping and falling. Once they’ve mastered those, students practice rolling and turning before trying more advanced skills like ollies. “I can teach any age how to roll and be comfortable in one hour,” says Ben Kerrigan, owner of Boston’s Skate Catalyst. “You can navigate skatepark basics in probably six hours or so.”

Skateboarding offers an acceptable outlet for daredevil kids. And on flat ground, they can practice for hours by themselves, a process that builds focus and persistence. “The safest place for children to practice is in their own driveway or at their local skatepark,” Kerrigan says. Don’t hit the sidewalks until you know how to roll and get off the board safely.

Find a Class: Most programs are local but searchable online. Or ask at a nearby skate shop or your town’s recreation department.

搖滾樂隊 Playing In a Rock Band 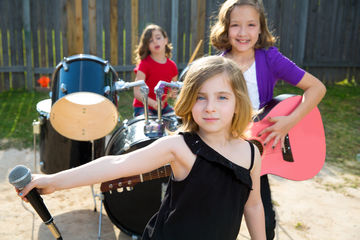 Why It’s Hot: Kids have dreamed of becoming rock stars since, well, rock was young. But seeing tween singers score record deals from YouTube has upped the impulse for divahood. Even when stardom isn’t the goal, kids seem more excited to learn Coldplay songs than concertos.

Learn standard music technique and theory for their chosen instrument, either guitar, bass, keyboard, drums, or vocals—they’ll just happen to do it with songs by bands they’ve heard of. “I pick the songs I play,” says Logan Edgar, 10, who is learning drums at the Don’t Stop Rockin’ studio in Austin. Favorite song so far: “You Really Got Me,” by the Kinks. At some studios, kids also rehearse weekly with a jam band of other young rockers.

When learning an instrument feels like the first step on the road to the Grammys, motivation stays high. And the recitals rock. Robert Havenner, an 8-year-old from Los Angeles who is in the Rock Star Kids program at his elementary school, has played famed SoCal venues such as the Avalon and the Wiltern with his all-kid band, Black Acid. “I was a little nervous the first time,” he says. “But when you do it more and more, it’s not too scary.”

Original article from By Melody Warnick from Family Fun