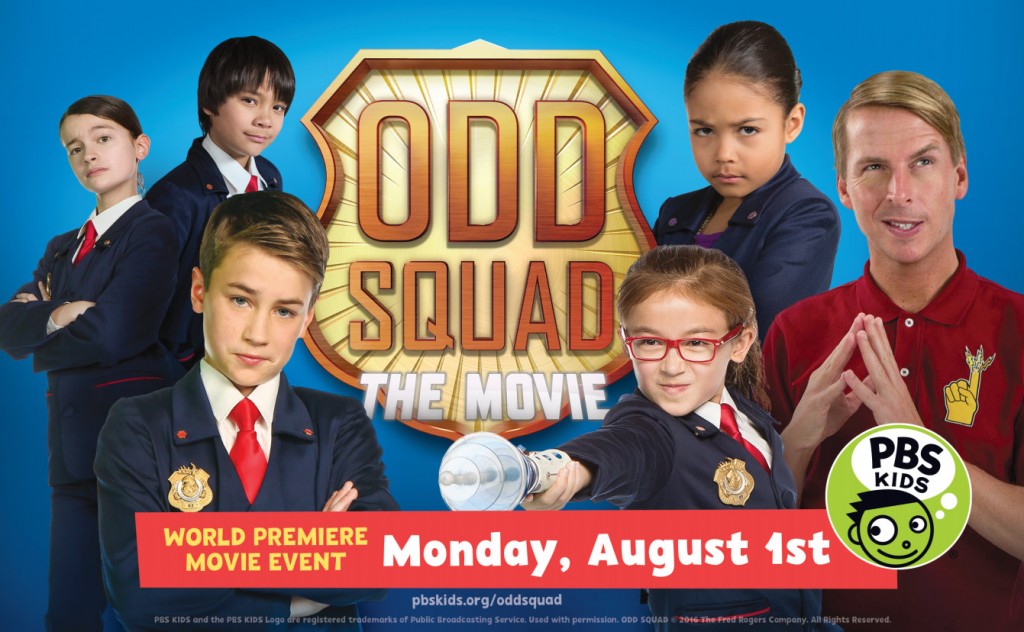 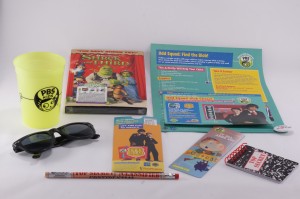 Which does Odd Squad teach kids? 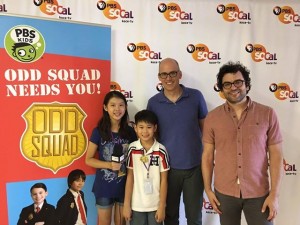 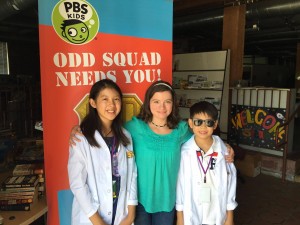 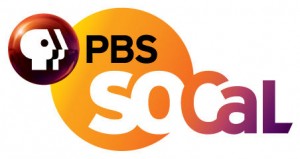 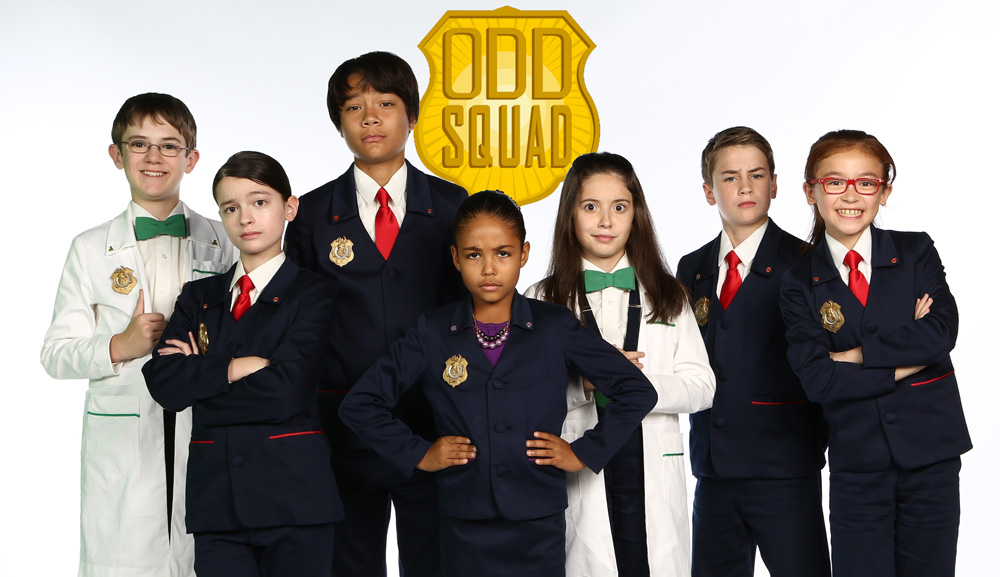 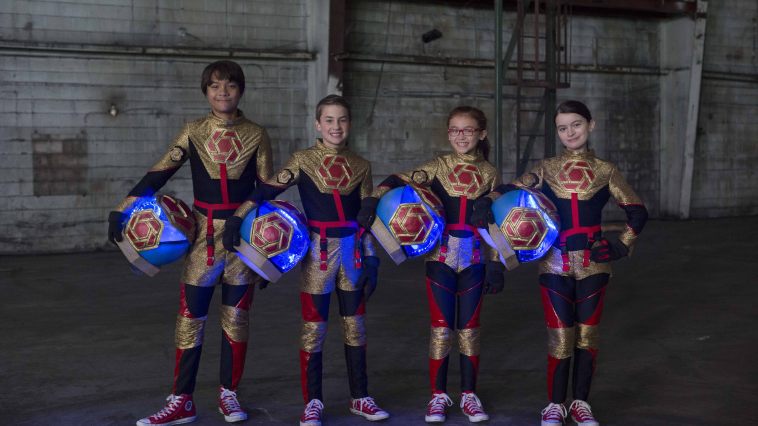 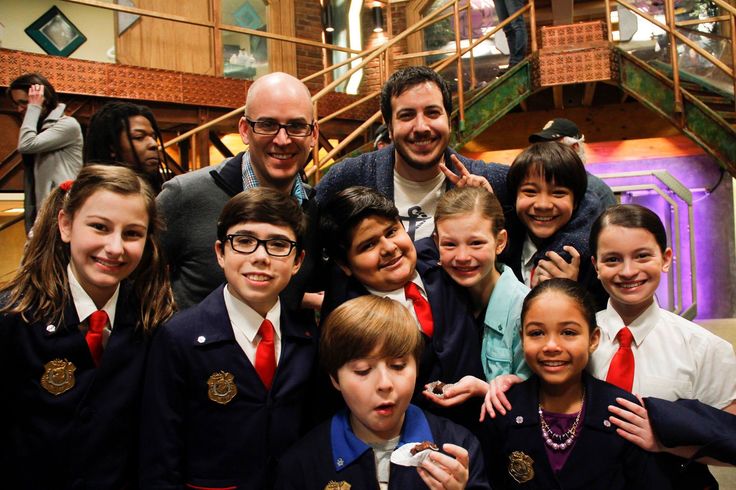 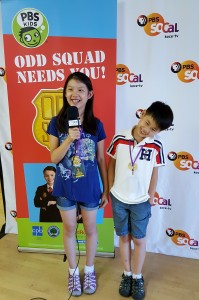 On August 4th, 2016, two LaJaJa Kids junior journalists visited Carecen to watch the PBS SoCal screening of the new Odd Squad Movie, a one-hour, math-teaching film about a group of kids who normally work together to save the world from odd, abnormal things.

Once they arrived, the journalists were given free popcorn, drinks, and their choice of gifts as they prepared to watch the screening. To the journalists’ pleasure, they were able to briefly meet Dalila Bela, Timothy [Tim] McKeon, and Adam Peltzman before the screening began.

Dalila Bela, an actress at who will be turning fifteen this year, plays the leading female role of Agent Olive in Odd Squad. During the screening, the two journalists were able to interview Dalila to ask her about her acting career and her opinions about the new movie. Here were some of the questions that were asked during the interview:

What do you think is the biggest difference between the new Odd Squad movie and the original TV show?

Dalila: Well, in this new movie, all the members/agents of the Odd Squad actually work TOGETHER to solve a big problem instead of all working on the little problems individually. Even Olive and Otto, who had gone away to form their own Odd Squad, came back to help the team defeat the Weird Team.

What was the greatest challenge you had to face when acting for Odd Squad?

Dalila: Well, surprisingly, I didn’t actually encounter a lot of problems while filming, but I would say that it was very hard for me to wake up early every morning to film,since I had a leading role. Like, sometimes, I just wake up and tell myself: “I really want to go back to sleep.”

What were qualities that you really enjoyed about your character?

Dalila: One thing I really liked about Agent Olive was that…she was just very determined and confident about herself and she was always trying to focus on making things all right.

How does working on Odd Squad impact your lifestyle?

Dalila: Well, it was the first time I had ever had a big leading role in a TV show. Like, I had had experience being the main character before, but that was just in really short, few-minute clips. What I’m trying to say is that being Agent Olive helped me get out into the acting world so that i could see what it felt like to have to be the leader of the show.

How do you think you and Agent Olive are alike?

Well, one thing is for certain: we both are very determined and confident in ourselves.

After the nice interview with “Agent Olive”, the journalists proceeded to watch a few minutes of the movie until it ended. Afterwards, they were able to interview Tim McKeon and Adam Peltzman, the creators of Odd Squad:

Where did the idea of Odd Squad come from?

Tim and Adam: Well, we wanted a show that would teach kids about math, but, at the same time, we wanted to make it interesting and attractive, so we added on all that odd stuff to make it more fascinating.

There are many odd villains and creatures in Odd Squad. How to you find such imaginative ideas?

Tim and Adam: Well, as for the villains, sometimes we just try to find someone who messes up with math so that we could emphasize the whole “math” part of the show, and then we just think of the creatures as they come to our mind.

Why did you choose the jackalope to be the mascot of the Odd Squad?

Tim and Adam: Well, one day, we were travelling, and then inside a gift shop we saw a postcard with a jackalope on the front, so we thought, Hmm…well, the jackalope is a mythical creature that doesn’t quite appear in any TV shows. We wanted it to be included just like the all other mythical creatures, so we made it the mascot of the Odd Squad.

Odd Squad is a show that teaches kids math. Do you intend to create shows that teach kids about science, english, or history?

Tim and Adam: Why, we’d LOVE to create such shows, or maybe we can just add more on to our Odd Squad. After all, you never know how much Odd Squad can teach you.

To conclude their visit, the journalists took a group picture with the creators, and another one with Dalila. It was most definitely not odd to anyone that both of the journalists had a very good time. 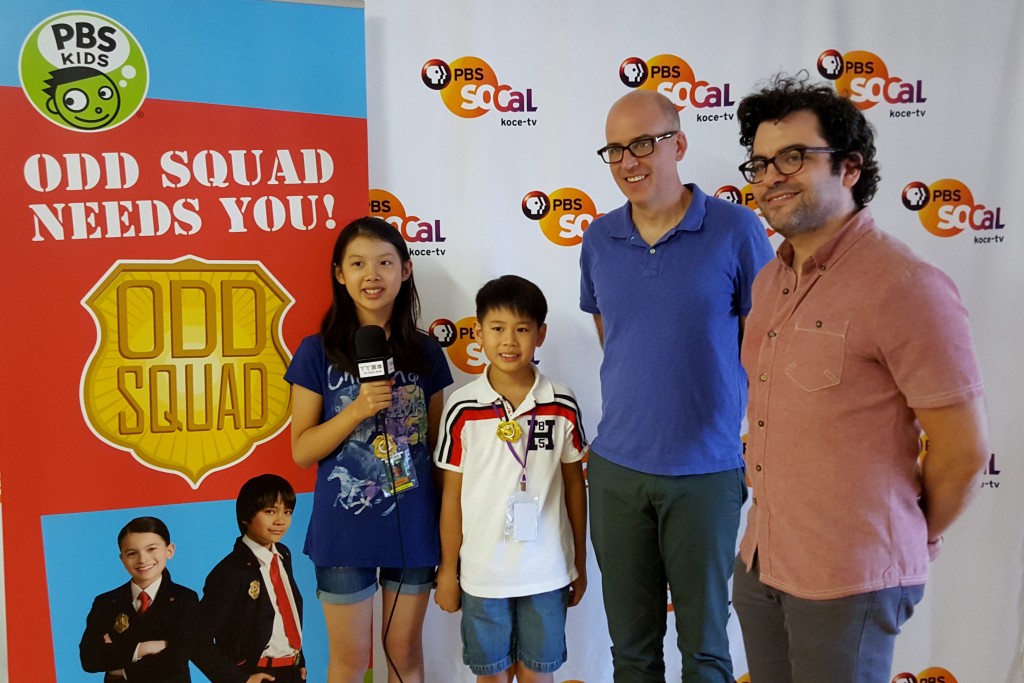 On August 4th, 2016, two Lajaja Kids Junior Journalist went to PBS SoCal in CARECEN and saw an Odd Squad movie screening and interviewed one of the actresses (Dalila Bela) and the creators of Odd Squad; Timothy McKeon and Adam Peltzmen. The first thing we did when we went inside was sign in. There was a prize table where a lot of kids went to take their prizes.

Then we had a practice interview with Timothy McKeon and Adam Peltzmen and here were my questions:

Q: How did you first think of Odd Squad?

A: We thought about how to teach kids things since it will be on the PBS Kids channel and thought of math. Then we thought of things kids would like to see such as dinosaurs, unicorns, and other imaginary or impossible things you can’t see. Then, we tried to put both together into one.

Q: How did you choose people to act for Odd Squad?

A: We had a big tryout for people who wanted to be in Odd Squad and had them to try acting as one of the characters.

Q: Why did you choose the jackalope as the mascot?

Then we ask the interviewed the actress Dalila Bela who played as Agent Olive these questions:

A: Well I like about how she is always getting things right in the right way.

Q: How are you and your character alike?

A: I think me and my character are alike because we both are confident and are always doing things just as I was told.

Next the screening started and we went back to interviewing and started asking questions again. I love this interview and I can’t wait until the next interview. 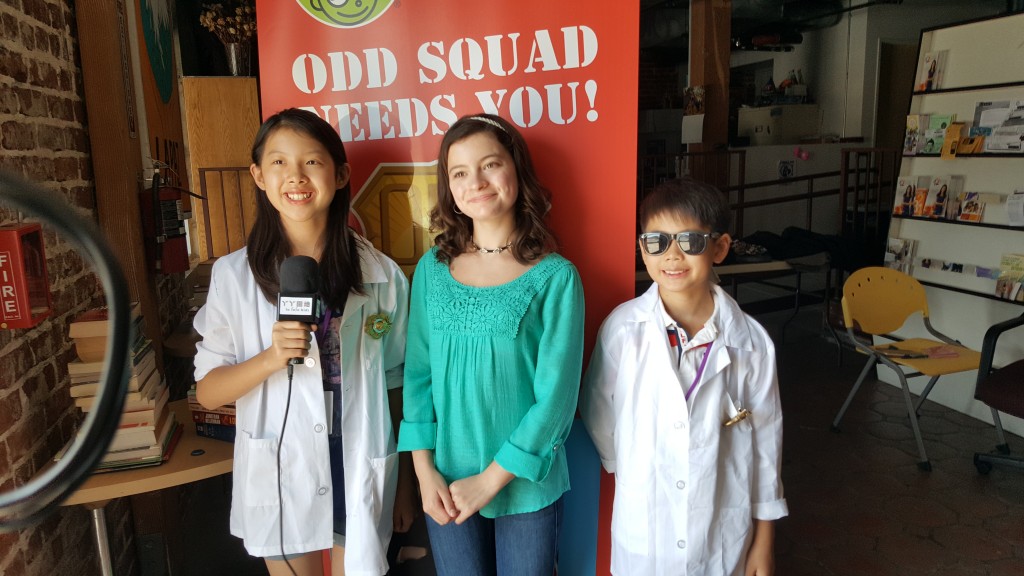 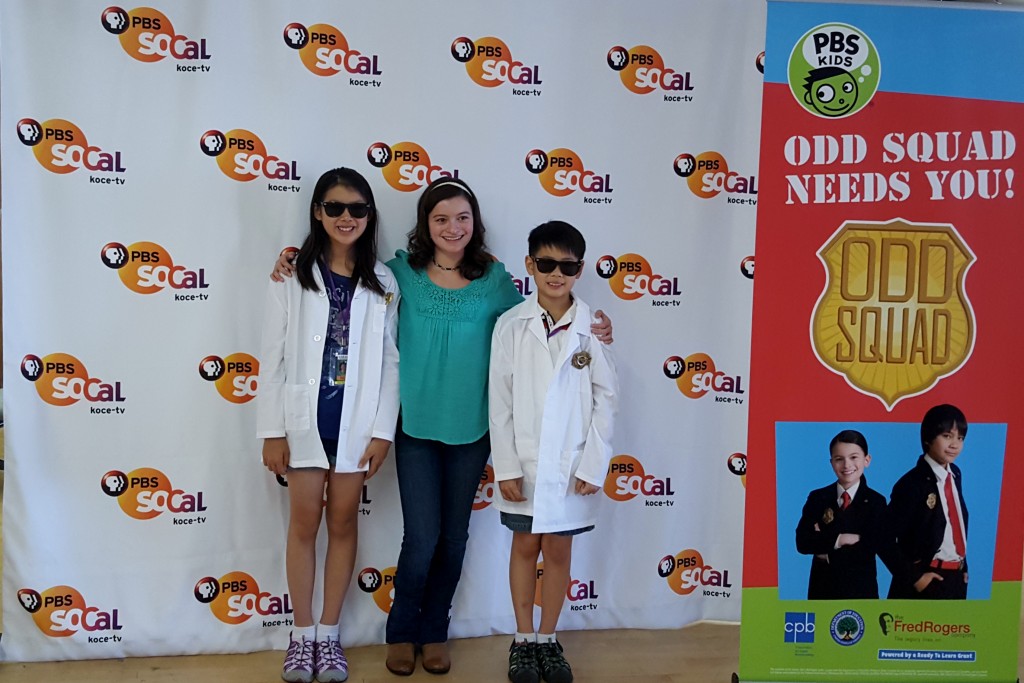