Q: What is your favorite color? Do you use your color more in your books?  你最喜歡的顏色是什麼？有沒有在你的書裡面出現？

Grace: My most favorite color is purplish pink, but I seldom use it in my books becuase it is very hard to blend.  Maybe only on the book cover of When the Mountain Meets the Moon, it appears a little bit.  The color I use most often is probably blue.

Q: How many books have you written?  你一共寫了多少本書？

Grace: I have written a lot of books, probably over 40 books, but only 15 got published, because I feel that the others are not ready yet.

Q: Do you like writing or drawing better?  寫作和畫畫，你比較喜歡哪一樣？

Grace: That’s a very good question and a very hard question to answer.  I used to like drawing especially when I did the drawing books, but now that I’m starting to write more novels, it is now pretty even.  When I write a novel I can use a lot of words and sentences, but in drawing books I can only use a little bit of words.

On the other hand, when I did the drawing for my novels like The Year of the Dog and The Year of the Rat, I can only draw pictures in black and white, but I really like drawing in colors.  Luckily, in my newer novels like When the Mountain Meets the Moon and Starry River of the Sky, I can draw pictures in full colors, so I can draw all the colors I want and write all the words I want, so I love it even now!

Q: What is your favorite animal?  你最喜歡的動物是什麼?

Grace: My favorite animal in real life is bunny rabbit and I love to draw it.  I also like to draw dragons and tigers, but I don’t like them as much in real life, only in stories.

Q: Do you play a musical instrument?  你有彈奏喜歡的樂器嗎？

Grace: I used to play the violin when I was a kid, but I don’t play it anymore.

Q: What school did you go to?  你讀哪家學校？

Q: What animal year were you born in? 你的生肖是什麼動物？

Grace: I was born in the year of tiger, and that’s why tiger is one of the animals that I like.

Grace: Not yet,  have been thinking about it but I have not come up with a good idea yet.

Q: Why do you sometimes connect your books?  (for example, on page 42 and 43 on “Ling and Ting Not Exactly the Same”, you put pictures of the books your wrote before)  在你的一些書裡，（例如Ling＆Ting雙生兒系列的第42－43頁）我們發現你把你以前的書也畫在裡面，為什麼呢？

Grace: You guys are so smart!  I like to play little games with my readers and see if they realize these little details.  In my new book, Ling and Ting Share a Birthday, I do the same thing and there will be a little contest for you guys to try to find out how many of my old books can you find in it.

Q: What was your favorite game when you were a kid?  你是小時候最喜歡玩的遊戲是什麼？

Q: Was “Ling and Ting Not Exactly the Same” related to your childhood?  Ling＆Ting雙生兒系列和你的童年有關連嗎？

Grace: Not exactly, I had a book I really loved when I was younger. It’s about twin sister because I used to wish I could have a twin sister. I read them all the time. That’s kind of related to my childhood. It’s not in real life, and it’s only for my imagination.

Q: Do Ling and Ting have any parents?!!!!  (we never see them in the books!) Ling＆Ting 的父母為什麼永遠不出現？

Grace: I kind of like to pretend that they don’t have parents and everything is ok in the world that they are living. And they can take care of themselves. But they probably do have their parents.

Q: Why do you call your baby Rain Dragon?  你的寶貝女兒名字 Rain Dragon 有什麼意思？

Grace: She was born in the year of water dragon. It had rain drop and a little bit water when she was a very little baby.

Q: Would you rather by Ling or Ting?  如果你是Ling＆Ting，你覺得你會是哪一個？

Grace: I rather be Ting, but I think I am a little bit more like Ling.

Q: My mom makes me do Chinese opera, can you write a story about Chinese opera?  （這題是小丫丫問的）我媽媽帶我去學中國傳統戲曲，你有興趣寫一個有關戲曲的故事嗎？

Grace: I don’t know that much about Chinese Opera. I think I should look into it. It might be very interesting.

Grace Lin grew up in Upstate New York with her parents and two sisters. While the other sisters became scientists, Grace became an artist. Surprisingly enough, being an artist was not Grace’s first choice. She first dreamed of being a champion ice skater, and drew many pictures of herself twirling and dancing on the ice. Unfortunately, Grace had neither the talent nor coordination to make it to skating stardom. However, the pictures she drew of herself held much promise and quickly became Grace’s career focus.

After attending the Rhode Island School of Design, Grace quickly set out to achieve her dream of creating children’s books. Her first book, THE UGLY VEGETABLES, was published in 1999 and was quickly heralded. As well as being an American Booksellers Association’s “Pick of the List" and a Bank’s Street College Best Books of the Year, THE UGLY VEGETABLES was nominated for the California Young Reader Children’s Choice Award and named a Growing Good Kids Book Award CLASSIC. 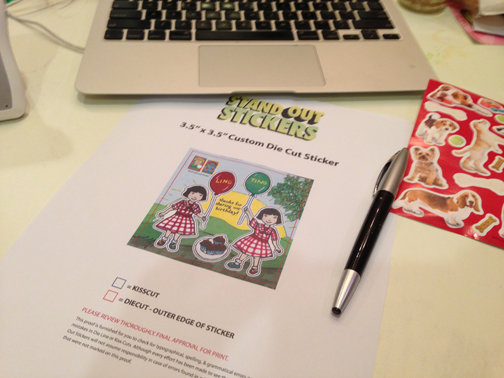 Grace followed that success with the publication of over a dozen more books, including DIM SUM FOR EVERYONE! and LISSY’S FRIENDS. Grace’s first children’s novel, THE YEAR OF THE DOG was released to glowing praise in 2006 and nominated to the TX Bluebonnet list, which she followed with THE YEAR OF THE RAT. Her most recent novel WHERE THE MOUNTAIN MEETS THE MOON was awarded the 2010 Newbery Honor, chosen for Al Roker’s Today Show Kid’s Book Club and was a NY Times Bestseller. Grace’s early reader LING & TING was awarded with the Theodor Geisel Honor in 2011. Grace, herself, has been honored by the Boston Public Library with the Literary Lights for Children Award and was an Astrid Lindgren Memorial Award nominee for the United States.