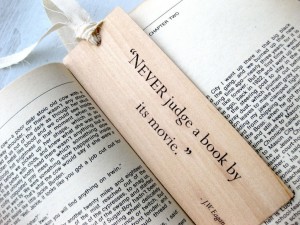 Rudyard Kipling’s book of short stories The Jungle Book is far less whimsical (and musical) than Disney’s classic animated film, and it includes stories with central characters other than Mowgli, the “mancub" raised by wolves and befriended by Baloo the bear. These wonderful stories, which alternate with lyrical poems about the characters, depict a complex and sometimes dangerous natural world in which creatures must respect the “ways of the jungle" to coexist. The film reboot, which blends sophisticated animation and live action, includes characters voiced by Scarlett Johansson (Kaa), Idris Elba (Shere Khan), Bill Murray (Baloo), and Ben Kingsley (Bagheera), to name a few. 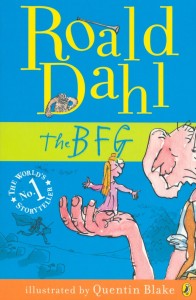 A popular choice for beginning chapter-book readers, The BFG is a fun fantasy about a Big Friendly Giant (BFG) who prowls British streets blowing dreams into children’s minds. After he plucks young Sophie (Ruby Barnhill) out of her orphanage, she hatches a plan for him to stop the not-friendly giants who eat children. Wacky wordplay makes the book a great read-aloud. 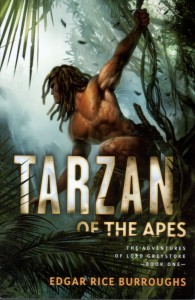 Tarzan of the Apes

The first book in the multivolume Tarzan series introduces readers to an English boy raised by apes in the African jungle after his parents are killed. The film The Legend of Tarzan, starring Alexander Skarsgard as the vine-swinging hunk, follows Tarzan’s adventures after he’s called back from his home in London to investigate a mining operation. The original novel, while viewed as a classic, features lurid human and animal violence, as well as racial and gender stereotypes that make it ripe for discussion from our 21st-century perspective.

This is the first book in a gripping, spine-tingling, time-traveling gothic trilogy about 16-year-old Jacob, who explores the mysterious orphanage where his grandfather was sent before World War II and encounters the monsters and “peculiars" linked to it. More than 40 creepy vintage photographs lend a sense of eerie realism to the shadowy atmosphere. The film adaptation by director Tim Burton (Tim Burton’s Corpse Bride, The Nightmare Before Christmas) stars Asa Butterfield (Ender’s Game, Hugo), as well as Samuel L. Jackson and Judi Dench. 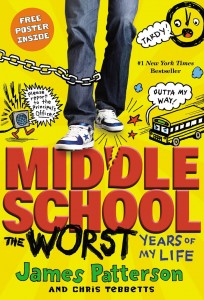 Middle School, The Worst Years of My Life

This irreverent story of middle school life centers on Rafe, a boy who becomes the target of a bully. He develops a strong friendship with Leo, whose drawings enliven the pages and add to the appeal for reluctant readers. Steve Carr (of Paul Bart: Mall Cop) directs, and Griffin Gluck (of the TV show Red Band Society) plays Rafe. 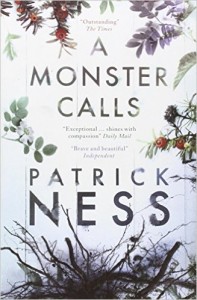 A giant yew tree haunts a boy dealing with his mother’s terminal illness in this moving story of love and loss, amplified by Jim Kay’s dramatic pen-and-ink illustrations. Menacing but also protective, fierce, and funny, the tree makes young Conor’s pain more bearable by giving him something tangible to fight against. The movie stars Liam Neeson as the Monster, Lewis MacDougall as Conor, Felicity Jones as his mum, and Sigourney Weaver as Grandma. 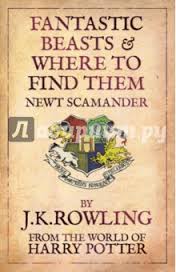 Fantastical Beasts and Where to Find Them

Rowling’s short book (adapted as Fantastic Beasts and Where to Find Them) purports to be a Hogwarts textbook that describes various beasts and dragons but doesn’t tell a story. For the film, which stars Eddie Redmayne as textbook author Newt Scamander, Rowling wrote an original story about Scamander’s adventures in New York’s secret community of witches and wizards 70 years before Harry Potter first arrived at Hogwarts. 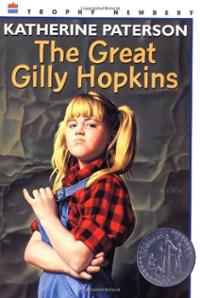 Gilly Hpkins is one tough cookie — she beats up boys and terrorizes her teachers and foster parents. But she meets her match in Mrs. Trotter, whose strongest weapon is unconditional love. The film adaptation of this Newbery Honor book stars Sophie Nélisse (The Book Thief) as Gilly and Kathy Bates as Mrs. Trotter. 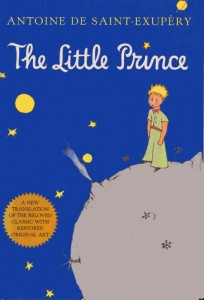 This classic fable about a pilot who encounters a planet-hopping prince in the Sahara Desert is a lyrical meditation on love and friendship, translated from the original French. Though it looks like a kids’ book — and has no material that’s inappropriate for elementary school-age kids — the book’s critique of adult behavior and nostalgia for childhood may be better suited to older readers. The animated adaptation frames the tale of the Aviator and the Little Prince with the story of a little girl (voiced by Mackenzie Foy) and her eccentric older neighbor (voiced by Jeff Bridges).