Everything is cool when you’re part of a team!

That lyric from “The LEGO® Movie™” signature song perfectly sums up the collaborative approach it took to bring Emmet and his friends back in a brand-new, theatrical attraction appearing exclusively at LEGOLAND® theme parks and LEGOLAND® Discovery Centers in 2016.

The challenge was how to follow a blockbuster film that charmed fans all over the globe with a critically acclaimed mix of humor, heart, action and adventure.

For Rob Schrab, who directed and co-wrote the attraction and is set to make his feature film directorial debut on “The LEGO® Movie™ Sequel” for Warner Bros., the attraction represented an opportunity to explore the movie’s sprawling LEGO® universe in a new yet familiar way.

“This is the story of our gang letting off some steam between films,” he said. “The humor and tone is very similar to ‘The LEGO® Movie™.’ ”

To create the attraction’s visuals, nearly 200 artists and technicians at Los Angeles-based Pure Imagination Studios supplied their expertise in crafting cutting-edge 3D computer animation while maintaining the movie’s carefully rendered “built with LEGO®” look. Consulting on every step of the process were Phil Lord and Christopher Miller, the writer-directors who brought “The LEGO® Movie™” to the big screen, along with producer Dan Lin.

“[Phil, Chris and Dan] were involved from the beginning,” Pure Imagination’s Joshua Wexler explained, “from the story process to the look. We received assets from the animation studio that did the first movie, so we got the actual models used for Emmet and Wyldstyle. We had to re-create that look ourselves but we had an amazing body of work to study.”

It all started with the iconic LEGO brick and a virtual building program LEGO offers online for free.

“Everything [in the attraction] is actually built out of brick,” he added. “Every element is a real element used in actual LEGO toy making. We usually build everything in LEGO Digital Designer and then export that into our 3D software.”

Actor-writer Nick Offerman, who returned to voice MetalBeard, the towering pirate made of more than 200 LEGO pieces, said his affinity for the role has its roots in childhood.

“I sincerely love voicing MetalBeard for the LEGO projects,” he said, “as it reminds me of the animated characters of my youth, like Popeye and Grape Ape and ‘The Flintstones.’ ”

Schrab said the experience of making the attraction was a great opportunity to work not only with old friends but new collaborators.

“I’ve been lucky enough to work with Nick Offerman on ‘Parks and Recreation,’ and Allison Brie on ‘Community,’ so it was like hanging out with my buds. Those two are way fun,” he said. “Elizabeth [Banks] and Charlie [Day] are solid talents, and brought the goods. I make it a point to trust actors with their characters and not restrict them. They were up for anything – I can’t wait to work with everyone again on ‘The LEGO® Movie™ Sequel.’ ”

In creating the attraction’s new villain, Risky Business, brother of President Business in “The LEGO® Movie™,” the filmmakers needed someone who presented a real but comical threat to Emmet and friends.

“Patton is a friend,” Schrab said, “and so talented, and we’re very lucky to have him.”

To develop the attraction, LEGOLAND parent company Merlin Entertainments Group worked closely with LEGO and Warner Bros. Consumer Products to ensure that this “new adventure” met the high standards of its motion picture predecessor while delivering an exciting, multisensory experience for LEGOLAND guests.

“No matter where you go, kids adore Emmet and the other characters so it was critically important that we stay faithful to the tone and style of ‘The LEGO® Movie™,’ ” said Paul Harvey, global marketing director for LEGOLAND Parks. “By working hand in hand with Warner Bros. Consumer Products, LEGO and Pure Imagination, we’ve created a fun experience that puts the Master Builders in a new predicament but with the same humor and action that made the movie such a hit.” 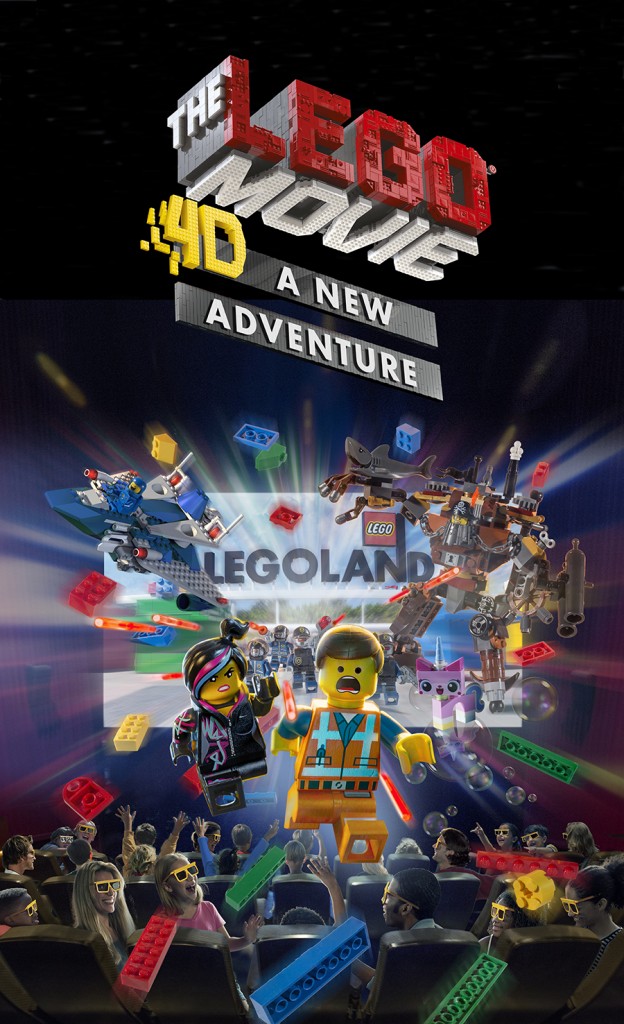 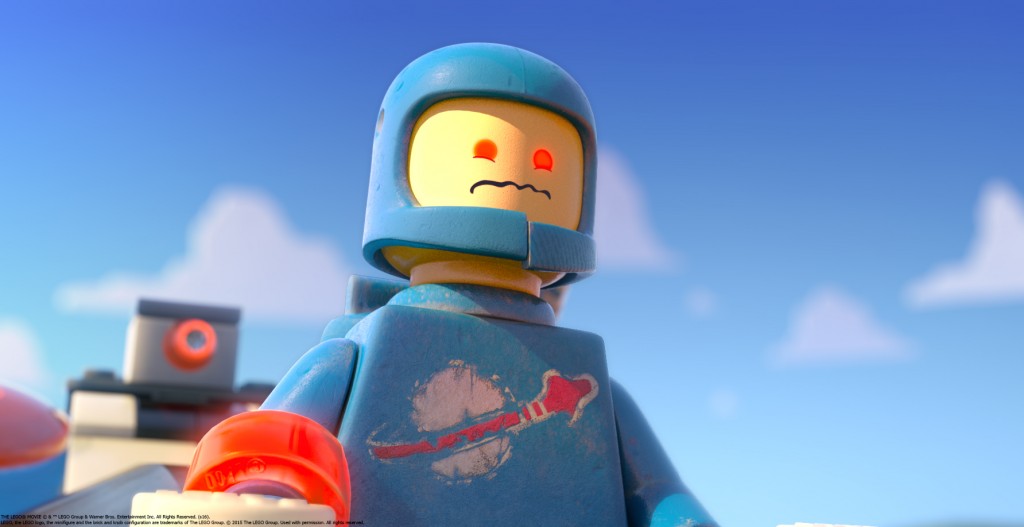 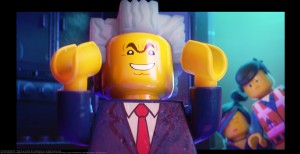 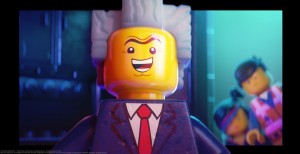 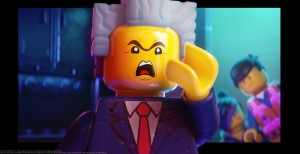 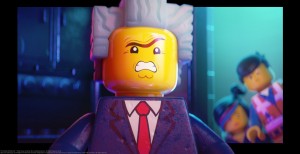 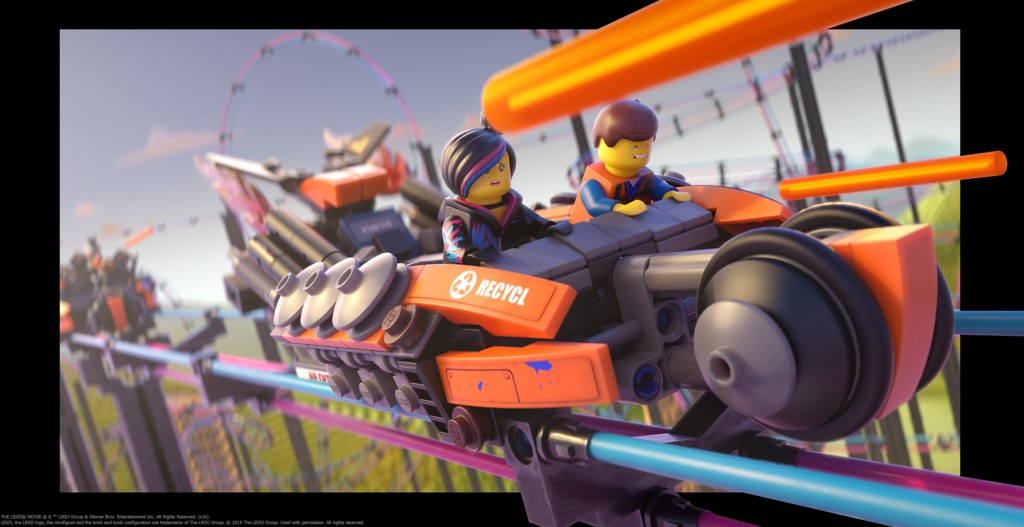 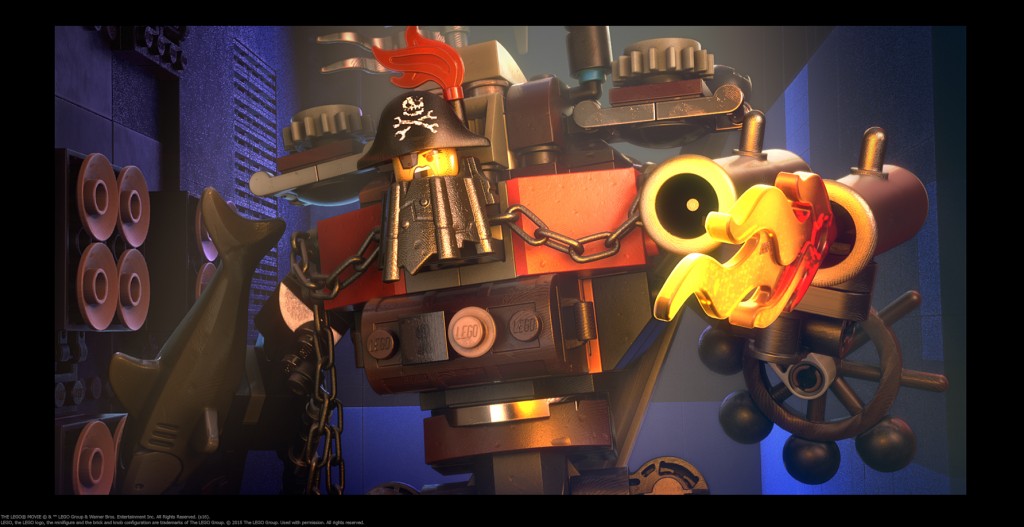